Back to News
AFL

The Brisbane Lions defeated the Bulldogs by 41-points on Thursday night.

The Dogs kicked two goals to one in the first quarter, the Dogs second with a magnificent snap from the boundary from Tom Liberatore. As the Dogs took a 17-11 quarter time lead. The Lions kicked five goals to three in the second quarter to take a 45-37 half time lead.

The premiership quarter truely belonged to the Brisbane Lions, as they piled on six goals to two, taking an 83-53 point three quarter time lead. Brisbane controlled the last quarter, kicking four goals to two, running away to a 41-point victory.

Brisbane’s 11th win for the year, elevating them to third position at the end of round 16. They will look to continue winning form when they host Essendon on Sunday. The Bulldogs face a challenging trip to face Sydney on Friday night.

St Kilda defeated Carlton by 15-points in an upset on Friday night at Marvel.

It was the Saints out the blocks, kicking the openning three goals of the game, before Carlton pulled two back before quarter time to bring the margin to 16-24. Carlton kicked the openning three goals of the second quarter, before the Saints kicked the next four. Before Jesse Motlop pulled one back for the Blues, as Carlton reduce the half time margin to 48-43.

After Harry McKay got the openning goal of the second half, the Saints piled on the next three to set up a 67-55 final change lead. Matt Kennedy got the openning goal of the last quarter, before a strong McKay mark and snap gave the Blues a one-point lead (after a VAR check cleared). The Saints regained the lead through Dan Butler, before Tim Membrey extended the Saints lead, before he iced the game with his fourth goal with a stunning over the shoulder quick snap, extending the Saints lead to 15. Max King added a little icing with a cleaver soccer, before Motlop got a consolation prize back for the Blues with only seconds remaining.

The Saints home in an upset, as they heap the pressure on Carlton’s top four hopes and keep themselves within touching distance of the eight. St Kilda face a tough challenge when they host Fremantle on Saturday night at Marvel. Carlton will look to rebound from this defeat when they travel to face West Coast in Perth on Sunday.

Essendon defeated Sydney by nine-points, in possibly the biggest upset so far of season 2022 on Saturday afternoon.

Essendon came from 26-points behind in the second quarter to steal victory with a stunning come back.

Sydney were out of the blocks, kicking five goals to two in the openning quarter, leading 14-32 at the first change. After the Swans got the openning goal of the second quarter, Essendon kicked five in a row and took the lead. Before a late Sam Reid goal gave the Swans a 48-44 half time lead.

Essendon got the openning two goals of the quarter to take a lead by six-points. Sydney kicked eight consecutive behinds in the third quarter, before late goals to Issac Heeney and Will Hayward gave the Swans a 68-57 three quarter time lead. Zach Merritt got the openning goal of the last quarter, before the Swans responded with the next two. Jake Stringer went back to back with majors, before Mason Redman went bang from outside 50 and gave Essendon the lead. Kyle Langford then extended that lead to nine-points. Before a late 50 meter penalty to Chad Warner gave Sydney one last role of the dice. Before a Nick Hind’s snapped the sealer from just inside 50 with 30 seconds left. It was the Bombers home by nine-points in a big upset.

Essendon’s fourth win for the year will give them some hope they can run out the season with some pride. They face a tough trip to face Brisbane next Sunday. Sydney will look to bounce back when they host the Bulldogs on Friday night.

Melbourne made it back to back wins, with a 29-point win over Adelaide on Saturday.

The premiership quarter belonged to the Dees, as they kicked three goals to one to take a 63-46 three quarter time lead. Adelaide got the first two goals of the last quarter to get within under a goal. Ed Langdon snapped a goal from the pocket to respond for the Dees. Before Jack Viney extended their lead to 17. Josh Rachele responded with one last role of the dice for the Crows. Before Melbourne piled on the last three goals of the game to run away with a 29-point win.

Melbourne’s 12th win of the year keeping them on top of the ladder at the end of 16 rounds. They face a tough trip down to Geelong for the top two clash on Thursday night. Adelaide will travel to Melbourne to take on Hawthorn at Marvel Stadium on Sunday.

Collingwood defeated the Gold Coast Suns in an absolute thriller by five-points on Saturday night.

Gold Coast kicked the only goal of the third quarter, but were inaccurate, they took an 47-46 three quarter time lead. Gold Coast kicked the openning two goals of the last quarter, and with a little over seven minutes remaining, they had a 12-point lead. Josh Daicos drew Collingwood back within a kick, Brody Mihocek marked and leveled up the game. Before Will Hoskin-Elliott snapped the game wining goal for the Pies.

Collingwood home in a five-point thriller, their sixth win in a row and they could yet be the dark horse of this season. They have a favourable draw for the run home. They face North Melbourne at the MCG next week and will more then likely make it seven consecutive wins. Gold Coast face another tough challenge in Richmond next Saturday.

Both sides kicked three goals each in the first quarter, Geelong leading 23-19 at the first change. Geelong got their grove going and kicked five goals to one in the second quarter, leading 56-25 at half time.

The second half was the Cats own, piling on seven goals to one, with the Cats leading 102-31. Geelong kicked the only six goals of the last quarter, running away with it by 112-points and keeping North to only one goal in the second half.

Geelong with their 11th win of the year keep in second spot. They will host Melbourne on Thursday night in a top two clash that could be the game of the year. North face another tough challenge in Collingwood on Saturday, with their season falling apart. 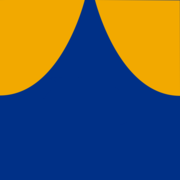 Richmond kicked four goals to two in the first quarter, leading 26-16 at the first change. The Tigers kicked seven goals to three in the second quarter, setting up a half time lead of 70-36.

West Coast made a game of it in the third quarter, kicking six goals to four to reduce the three quarter time margin to 95-77. Richmond controlled the last quarter, kicking five goals to two to run away by 35-points in the end.

The Tigers ninth win of the season moving them up to seventh. They will face a trip to Gold Coast to take on the Suns on Saturday. West Coast will host Carlton on Sunday evening. 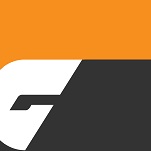 GWS took care of Hawthorn by 22-points on Sunday afternoon.

The Giants fifth win of the year, they face a tough trip to Port Adelaide next Saturday night. Hawthorn look forward to hosting Adelaide at Marvel Stadium next Sunday.

Fremantle held out Port Adelaide in a thriller by eight-points on Sunday evening.

Both sides kicked four goals each in the first quarter, with the scores level at 26 at quarter time. Fremantle took control in the second quarter, kicking six goals to two, leading by 64-39 at half time.

The Dockers maintained control in the premiership quarter, kicking four goals to three, leading 92-58 at the final change. Port hit back hard in the last quarter, Charlie Dixon kicking a miracle goal from the pocket to start the last quarter. He then back up his effort with a goal from outside 50 to reduce the margin to 21. As Port got the next two goals, the margin was cut to nine-points. Before Lachie Schultz responded for the Dockers. Karl Amon pulled one back for Port, but it was too little too late. It was Fremantle home by eight-points in the end.

Fremantle survived the challenge, for their 11th win of the year, keeping in the top four. They take on the Saints next Saturday night at Marvel Stadium. Port host the Giants on Saturday night.

Geelong have taken home the 2022 AFL Premiership, after comfortably defeating Sy[..]
After one of the greatest seasons of Football of them all, we are finally down t[..]
DONT MISS A THING!