The Brisbane Lions defeated Richmond in a thrilling Elimination Final on Thursday night 106-104.

Joe Daniher the hero with a match winner from the goal square with a minute remaining, after a controversial call from the VAR to deny Tom Lynch the sealer two minutes earlier.

Both sides kicked four goals apiece in the first quarter, with Eric Hipwood’s goal after the siren tying the quarter time score at 27. Richmond kicked five goals to four in the second quarter to take a 59-53 half time lead.

Richmond mirror imaged their second quarter, kicking five goals to four in the premiership quarter to lead 90-85 at three quarter time. There were five lead changes in the last quarter. Charlie Cameron got the openning goal of the last quarter, before Jack Riewoldt responded from long range. Joe Daniher regained the lead for the Lions, before Riewoldt kicked another goal from a similar position to wrestle the lead back for Richmond. Tom Lynch had the chance to seal it for Richmond, with two minutes remaining, his kick from close range went to VAR and they determined it went over the top of the goal post and payed a behind. After a long bomb to the square, Daniher became the Lions hero, crumbing the long bomb at the back of the pack and quickly getting boot to ball and kicking the goal to win the game for the Lions by two-points.

Brisbane are through to week two of the finals after their thrilling late win. They will take on Melbourne at the MCG on Friday night in the Semi Final. 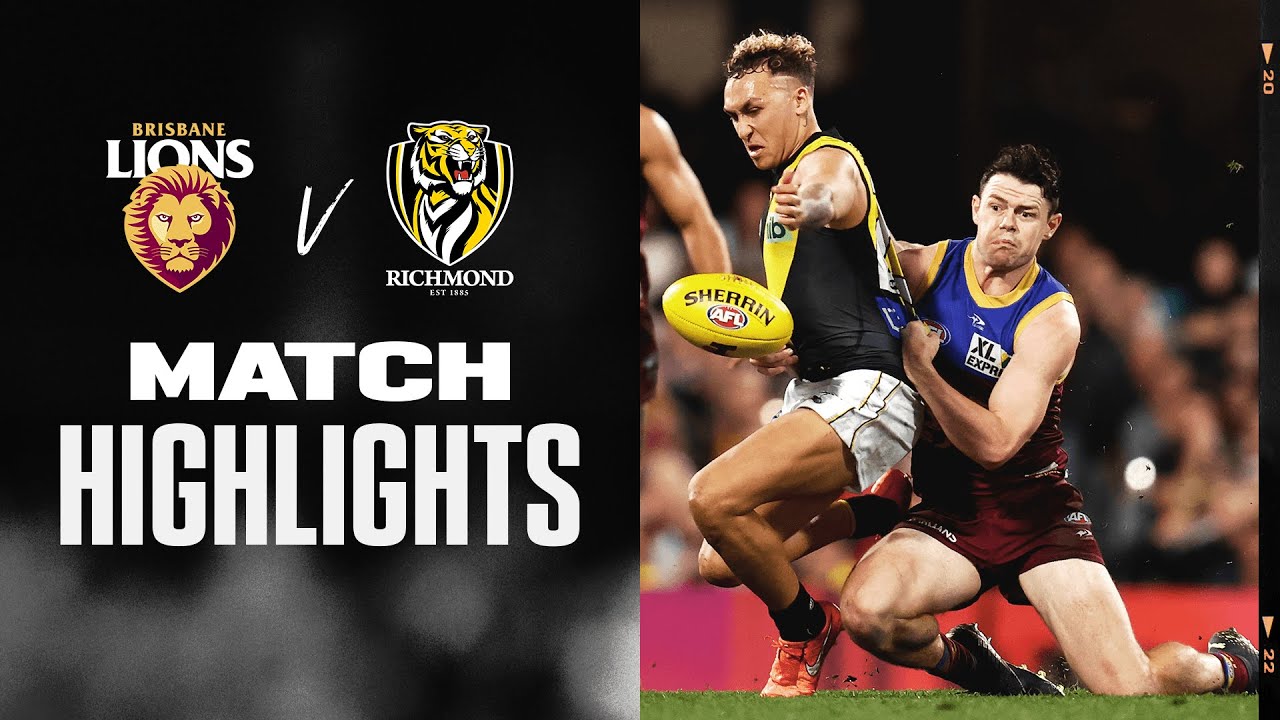 Sydney upset Melbourne 91-69 on Friday night to book their spot in the Preliminary Final.

It was a very high scoring third quarter, Sydney kicking six goals to five to set up a 77-65 three quarter time lead. After a 50 meter penalty, Jake Lloyd put the Swans in a winning position, and after Melbourne wasted chances, Issac Heeney sealed the Swans place in the Preliminary Final. As the Swans got up by 22-points.

They are into a home Preliminary Final and will play the winner of Collingwood vs Fremantle, while Melbourne will host the Brisbane Lions in their Semi Final. 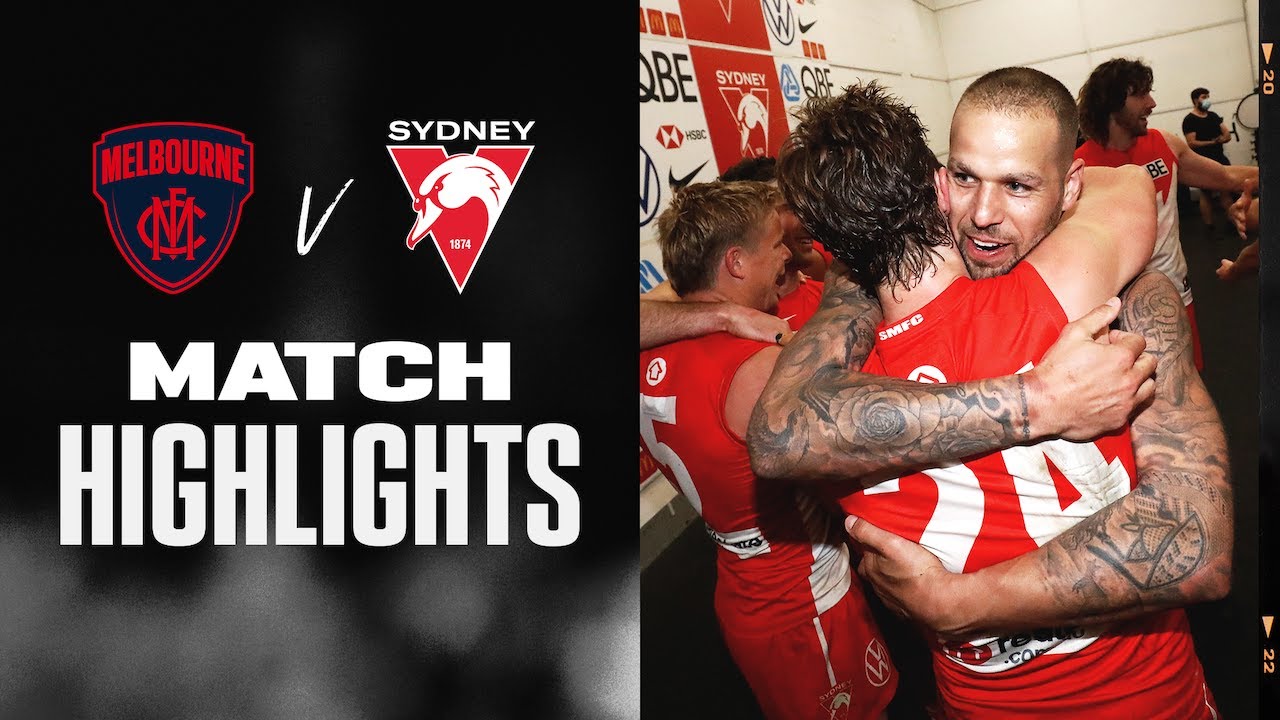 Geelong defeated Collingwood in an absolute thriller on Saturday afternoon 78-72.

Max Holmes became the hero, with the scores level late he received a hand pass from Gary Rowan and slammed home the match winner, as Geelong advances to their sixth preliminary final in seven seasons.

It was a titanic struggle and a hotly contested game, always close in margin and tight. The lead changing three times in the last quarter and being level late, before Geelong were able to edge out the Pies after coming from behind early. Collingwood kicked the openning three goals of the game before Jeremy Cameron got the Cats on the board, as Collingwood took a 23-9 quarter time lead. By the time the Cats had kicked the first three goals of the second quarter, they had regained the lead. Before a mark and goal from Will Hoskin-Elliott regained the lead for the Pies after the half time siren 32-31.

Collingwood controlled the premiership quarter, kicking four goals to three to take a 59-52 three quarter time lead. Jordan De Goey kicked the opener of the last quarter to give Collingwood a 12-point buffer. Jeremy Cameron pulled one back for Geelong, before Brad Close gave them a one-point lead. De Goey wrestled back the lead for Collingwood with a brilliant finish. Before out of the centre Rowan took a pack mark, went back and regained the lead for Geelong. A Jack Crips behind levelled things up. With the scores level with a minute and a half to play, the Cats surged it forward. Jeremy Cameron’s long bomb to the square was missed by Rowan, before he regained his composure, hand passed it to Holmes who slammed home the match-winner from the goal square with 1:20 remaining.

The Cats held firm to book their spot in the prelim after a thrilling game at the MCG. Winning their 14th consecutive game. They will host the winner of Melbourne vs Brisbane Lions. While Collingwood will host Fremantle in the Semi Final at the MCG on Saturday night.

Fremantle earned their spot in the Semi Final on Saturday night, fighting back from a remarkable 41-points down after conceding the first six goals, to eliminate the Western Bulldogs 73-60.

The Bulldogs were out of the blocks, against the odds they kicked the only five goals of the first quarter to lead 35-1 at quarter time. Josh Dunkley kicked the openning goal of the second quarter, by which stage the Dogs had a 42-1 lead. Before Fremantle worked their way back into the game and sent a scare to the Dogs, kicking the last four goals of the second quarter to reduce the half time margin to 42-27. With Jye Amiss’s goal after the half time siren lifting the Perth crowd off its feet, as they had turned a 41-point deficit to a 15-point one by half time, with four goals in four minutes.

The Dockers kept up the pressure in the third quarter, kicking three goals to one and by three quarter time the margin was back to 53-47, as the Dogs nerves started to jangle. Amiss drew Fremantle within a straight kick, before Griffin Logue was awarded a 50 bringing him to the goal square, as he completed the remarkable comeback and put the Dockers in front for the first time. Michael Walters off a defensive error extended Fremantle’s lead to 11. Roarke Smith gave the Dogs one last hope, before Nathan O’Driscoll iced the game for Fremantle with a tough kick from the boundary, as the Dockers came from no where to win by 13-points and eliminate the Bulldogs.

Fremantle’s remarkable 41-point comeback has earned them a place in the Semi Finals against Collingwood at the MCG on Saturday night. A dissapointing end of the season for the Dogs, who were dreaming of a Semi Final birth being 41-points in front, but were unable to hold out a resilient, never give in Fremantle side.