Carlton defeated Sydney in an exciting contest 102-87 on Friday night at Marvel Stadium.

It was the Blues fourth consecutive win, and eighth of the season, as they finish round 10 in third position, only percentage out of the top two. The turnaround under Michael Voss has been monumental.

Sydney kicked three of the first four goals, before Charlie Curnow went bang from outside 50. Logan McDonald responded for the Swans with their fourth, before a late Curnow goal brought the quarter time margin back to 23-24. Carlton went riot in the second quarter, piling on nine goals to three. By half time, Curnow had already kicked five goals to blow the half time margin out to 80-42.

Sydney started to chip away at the Blues in the premership quarter. As they kicked five goals to two, and as Lance Franklin launched from outside 50 late in the quarter, the three quarter time margin was reduced to 93-76. Tom Papley got the openning goal of the last quarter, as Sydney continued their charge. Zac Fisher relieved the nervious Blues fans and players with a cleaver snap that bounced through to seal the game for the Blues late.

The Blues edging out a Swans comeback by 15-points. It is incredibly impressive football they’re playing, they are starting to turn heads, play an exciting brand of football and have caught peoples attention. They will look to back up with a fifth win in a row, when they face Collingwood at the MCG on Sunday afternoon. Sydney will look to rebound when they host Richmond on Friday night. 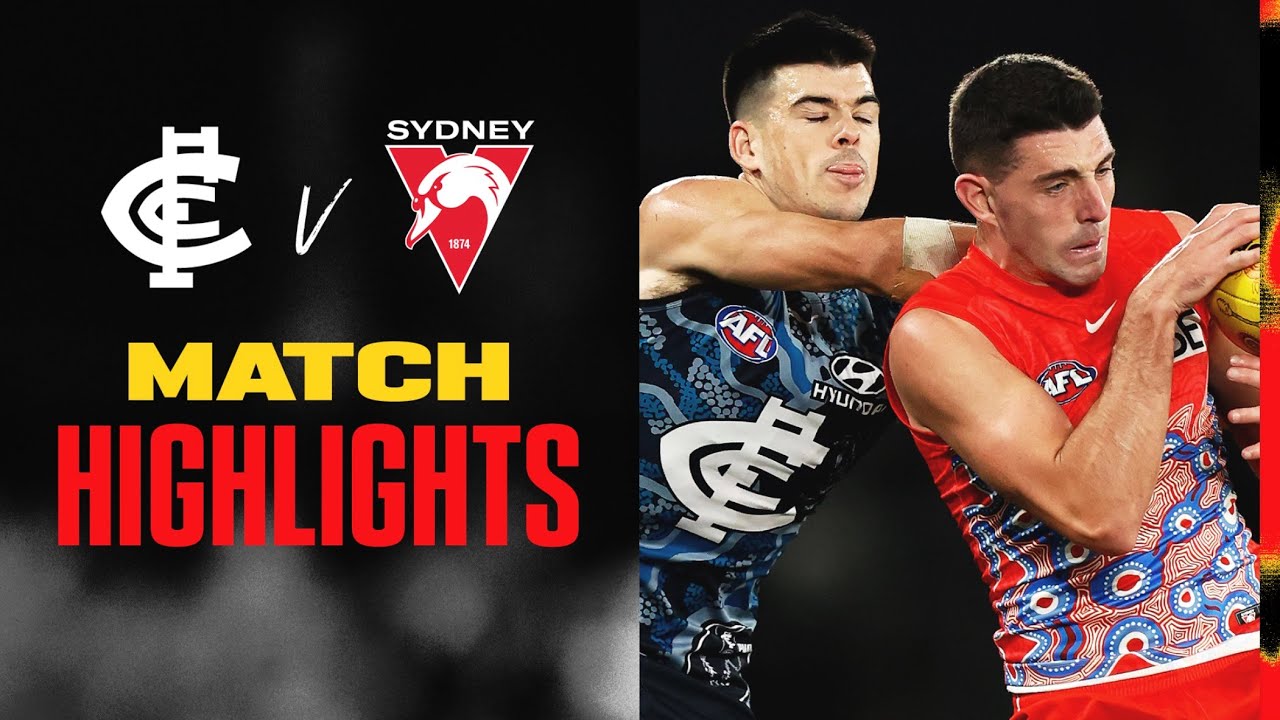 After Port started brightly and kicked the first two, Geelong got the next three to get out to a 24-13 quarter time lead. Port kicked three goals to two in the second quarter, as Port took a 33-32 half time lead.

The Cats took complete control in the premership quarter and kicked five goals to one, as Jeremy Cameron delivered a bomb form outside 50 after the three quarter time siren to set a 65-39 lead at the final change. Robbie Grey kicked Ports only goal of the last quarter. Goals from Cameron and Tom Hawkins sealed a 35-point win for the Cats.

The Cats sixth win of the year sees them keep their spot in the top 8. They will look to continue winning form when they host the Adelaide Crows next Saturday. Port have the opportunity to rebound when they host the struggling Essendon on Sunday evening. 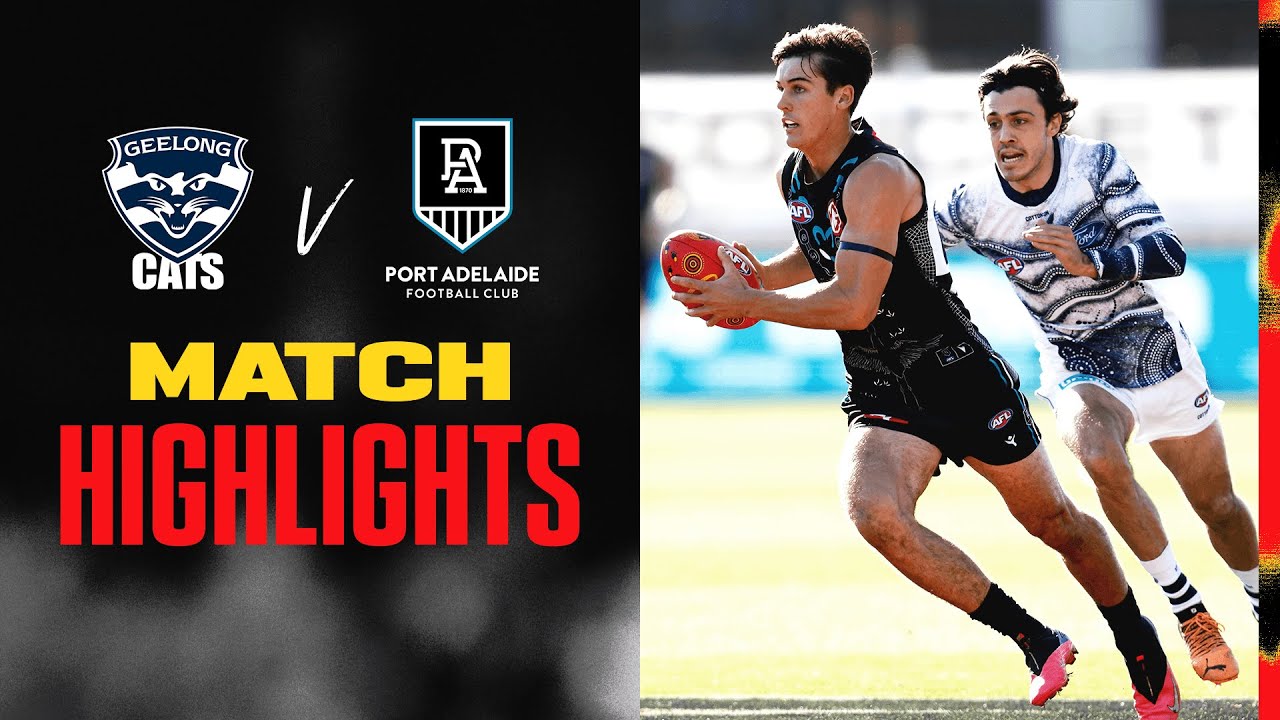 The Dogs took care of the Gold Coat Suns by 19-points on Saturday afternoon.

The Dogs started brightly kicking four goals to three in the openning quarter to set up a 29-21 quarter time lead. Gold Coast kicked three goals to two in the second quarter, as the dogs took a 48–41 half time lead.

The dogs controlled the premiership quarter, kicking the first four goals to get out to a 32-point lead. The Suns however pulled back three in a row to reduce 75-61. The Dogs kicked five goals to four in the last quarter, to run out 19-point winners. 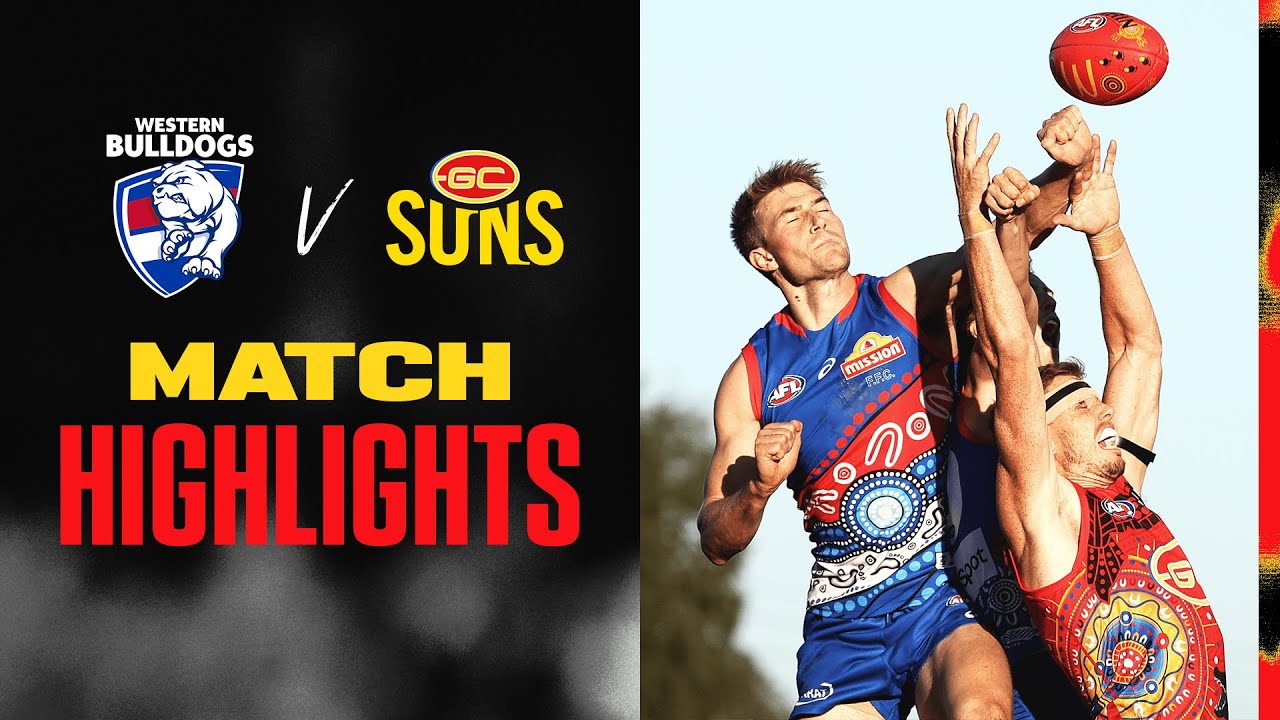 Melbourne held out a North Melbourne challenge to make it 10-straight victories, and move two games clear on the top of the table with a 100-53 victory.

Both sides kicked two goals each in the third quarter, as Melbourne led 73-51 at the final change. It was all Melbourne in the last quarter, as they kicked the only four goals to run away winners in the end by 47-points.

This win keeps Melbourne two games clear undefeated after 10 rounds, and sets up a blockbuster with Fremantle at the MCG on Saturday afternoon. North face another big challenge in St Kilda on Sunday afternoon. 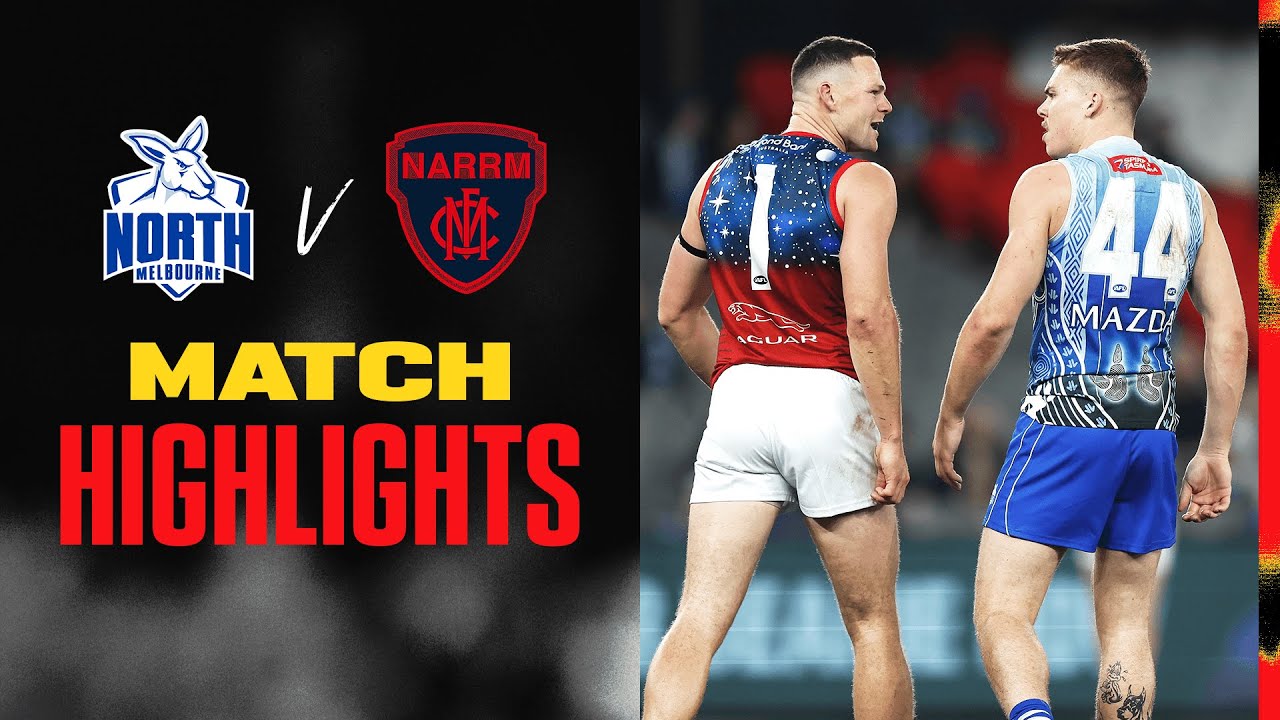 Richmond took care of Essendon in the dreamtime match 80-48.

Richmond kicked two goals to one in the first quarter to lead 15–8 at quarter time. Richmond dominated the second quarter, kicking five goals to two, setting up a 47-21.

Richmond making it four on the trot. They travel for a challenging match against the Sydney Swans on Friday night. Essendon travel for a tough challenge against Port Adelaide on Sunday night. 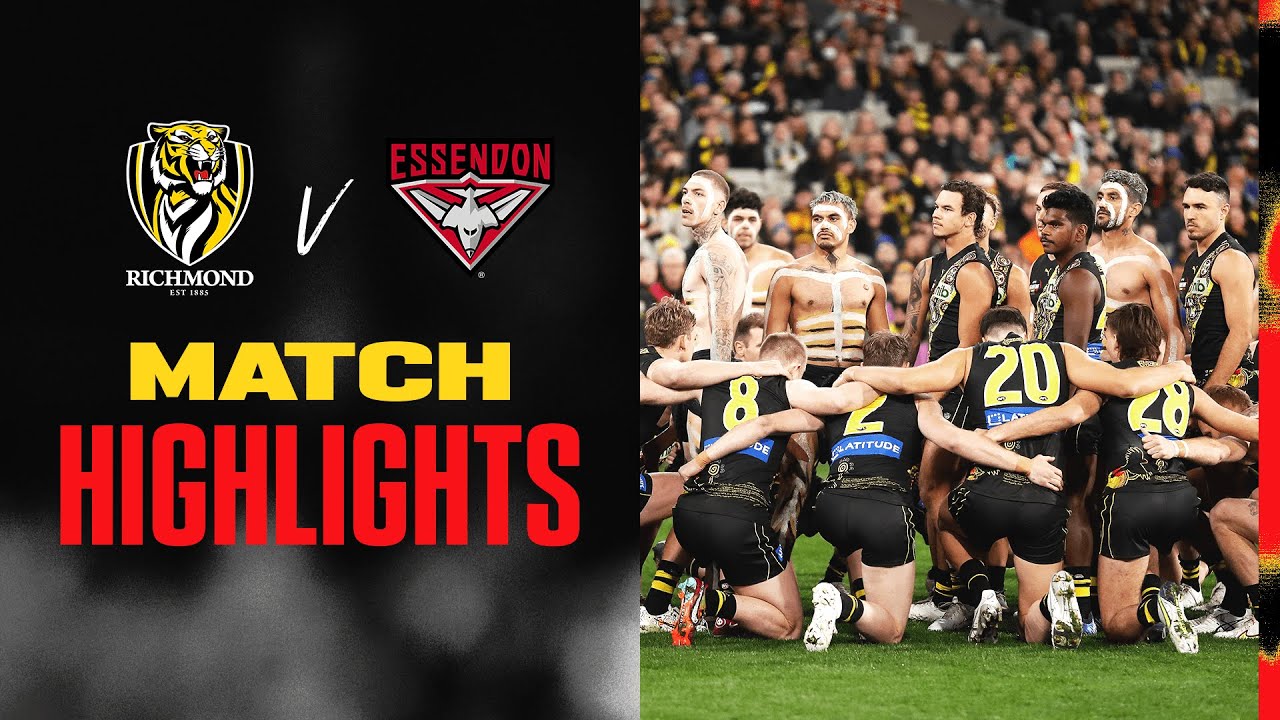 St Kilda defeated Adelaide by 21-points in an exciting contest on Saturday night, to move up to fifth.

The Saints kicked two goals to one in the openning quarter to lead 13-11 at quarter time. Adelaide gained control in the second quarter and kicked three goals to one to take a 32-21 half time lead.

The Saints controlled the premership quarter, kicking three goals to two, but Adelaide still led 49-40 at the final change. The Saints kicked the openning two goals of the last quarter to regain the lead. Josh Rachele kicked his first of the night to regain the lead for the Crows. The Saints regained lead with the next two goals from Mason Wood and Cooper Sharman. Taylor walker pulled one back from the Crows, before Jordan Dawson regained the lead for the Crows. But from there, it was the Saints who kicked the last four goals of the game, to run away with a 21-point triumph in Adelaide. 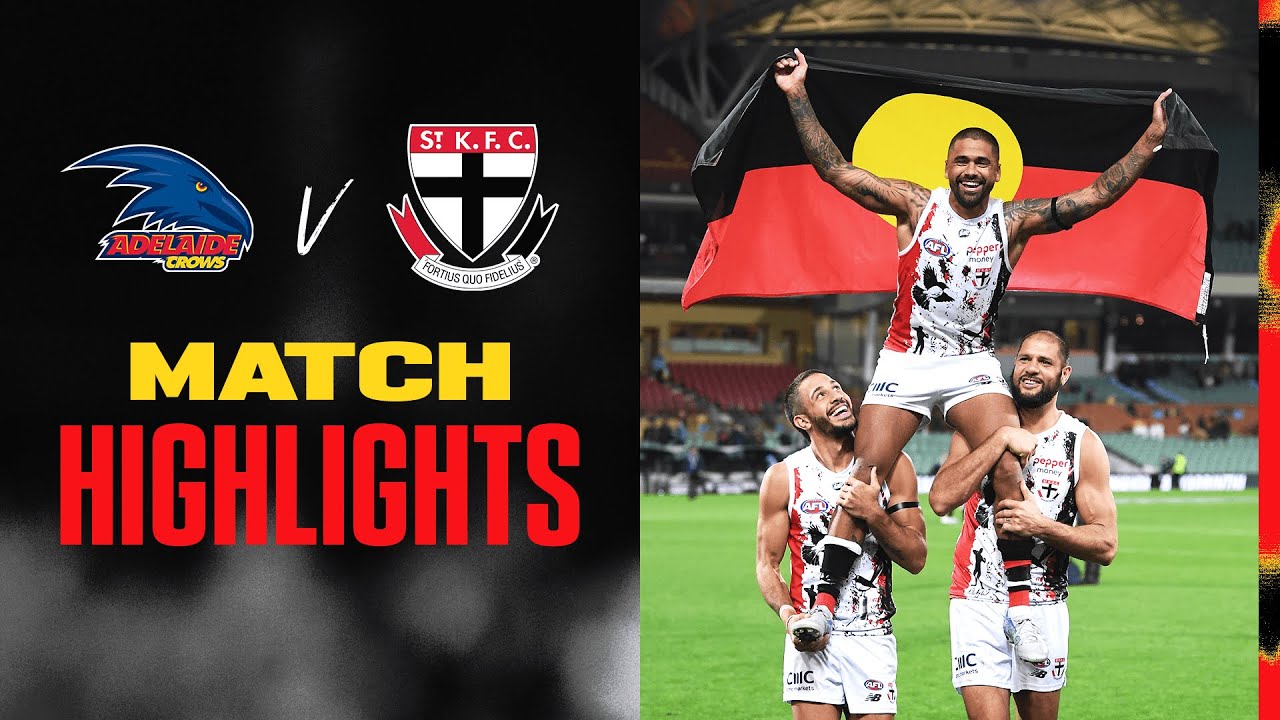 The Greater Western Sydney Giants (GWS) got a win in their first game under caretaker Mark McVeigh, defeating the West Coast Eagles (WCE) 138-86.

West Coast had a better third quarter, kicking four goals to three, the three quarter time margin 109-59. Both sides kicked four goals each in the last quarter. As GWS ran out 52-point winners.

GWS face a challenge in the Brisbane Lions away from home next Saturday. West Coast host a challenging match against the Western Bulldogs on Saturday night. 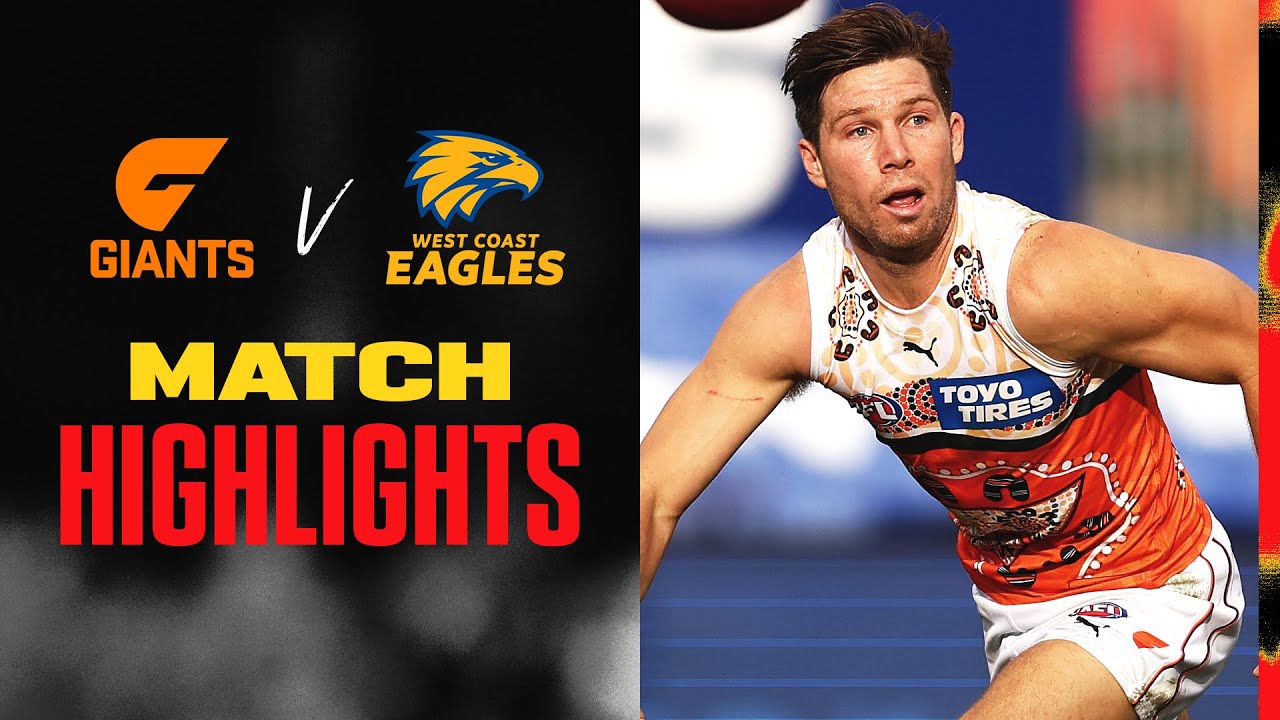 Hawthorn upset the Brisbane Lions 117-112 on Sunday afternoon, to inflict the Lions only second defeat so far of season 2022.

It was a high scoring first quarter, with Brisbane kicking six goals to five and leading 38-32 at the first change. The Hawks kicked five goals to three in the second quarter, to take a 63-62 half time lead.

The lions began to take control in the premiership quarter, kicking the opening four goals. But Hawthorn made a late charge, kicking the last three goals of the quarter to reduce the three quarter tie margin back to 83-87. The lead changed with goal for goal twice in the last quarter. Before Mitch Lewis regained the lead for the Hawks, before goals from Luke Breust and Lewis again put the Hawks in a match winning position, 16-points to the good. Brisbane made a comeback attempt with goals from Jack Pain and Dayne Zorko pulling one back with only two seconds left, but it was to little, to late. When the umpire bounced the ball the siren sounded to a jubilant Hawthorn crowd and players, they won their fourth game of the year by five-points, in one of the upsets of the year, taming the Lions has proven to be a hard task in 2022.

Hawthorn will travel for an interesting contest with the Suns on Saturday night. Brisbane will look to bounce back when they host GWS on Saturday afternoon. 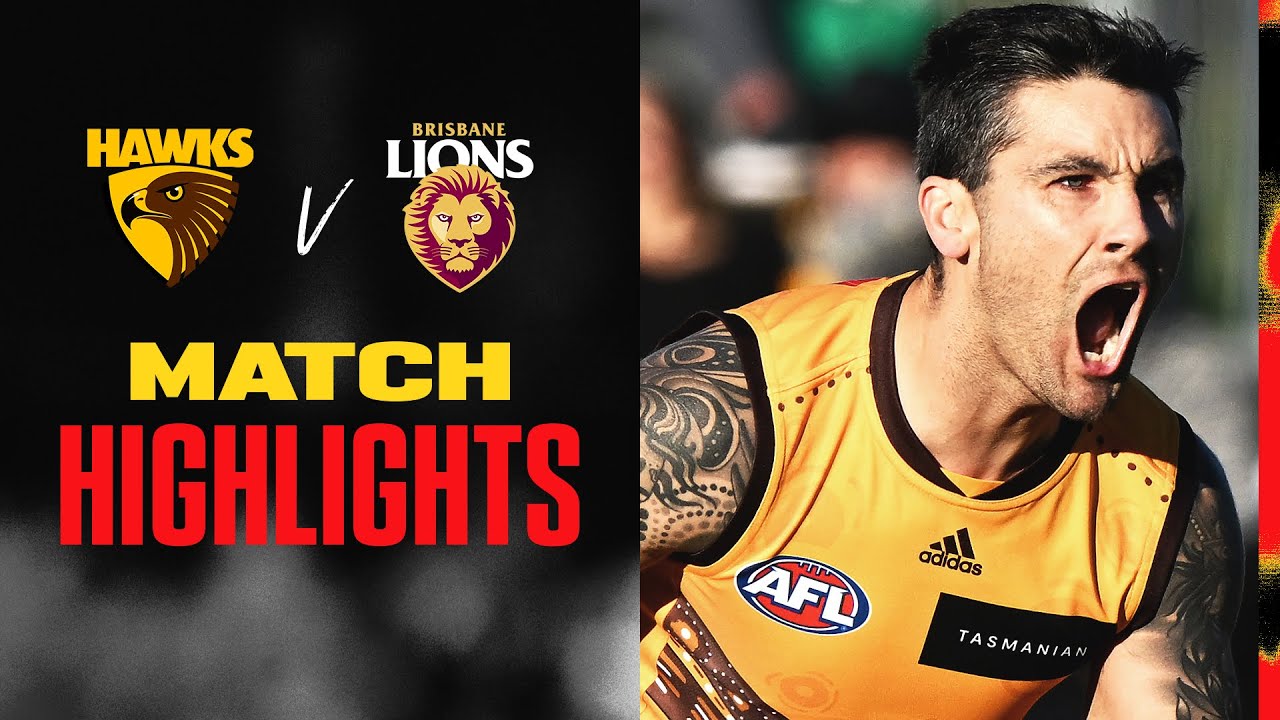 Collingwood defeated Fremantle in an upset in Perth 80-44. It was the Dockers only third defeat of the season.

Both sides kicked two goals each in the first quarter, with the scores tied at 14 at the first change. Collingwood kicked the only three goals of the second quarter to get out to a 33-16 half time lead.

Collingwood controlled the premiership quarter kicking three goals to one, to set up a 46-24 three quarter time lead, as Jeremy Howe took another mark of the year contender. Collingwood kicked five goals to three in the last quarter to run out 36-point winners. 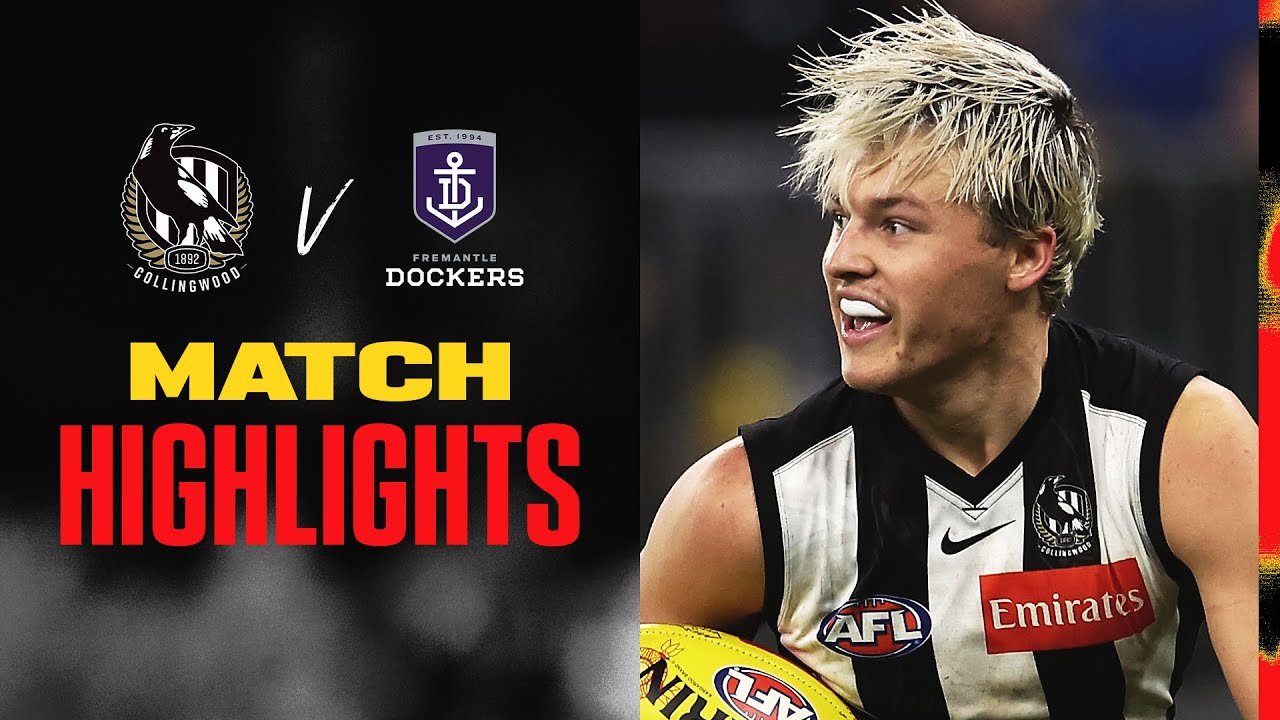