Sydney came back from 33-points down to defeat Richmond by six-points in a Friday night thriller, in a controversial finish.

Richmond started well, kicking five goals to three in the openning quarter, leading 30-22 at the first change. Richmond turned up the heat and dominated the second quarter, kicking six goals to three to set up a whopping 68-43 half time lead away from home.

After Jayden Short bombed long for the openning goal of the second half and getting Richmond out by 31, back came the Swans. As they pilled on the next four goals to reduce the three quarter time margin to 76-70. The sides went goal for goal to start the last quarter, with Richmond leading by 14-points, Sydney pulled back the next two through Lance Franklin and Will Hayward. Franklin then marked on 50, went back and put Sydney in front. The Swans kicked the next two goals through Sam Wicks and Issac Heeney to extend their lead by 12-points. Josh Gibcus got the Tigers back within a goal.

At the final siren, Sydney led by a straight kick, with Dion Prestia being payed a free kick 80 from goal for a hold. After the siren went, Chad Warner booted the ball over the fence in celebration, sparking debate about whether a 50-meter penalty should have been awarded. It wasn’t and Prestia’s kick from the interchange bench failed to make the distance, resulting in a six-point win for the Swans, their seventh for the year as they secure their spot in the top 8 after 11 rounds and Richmond drop to 9th.

Sydney face a challenge in Melbourne at the MCG next Saturday night. Richmond will look to bounce after the bye when they host Port Adelaide in round 13. 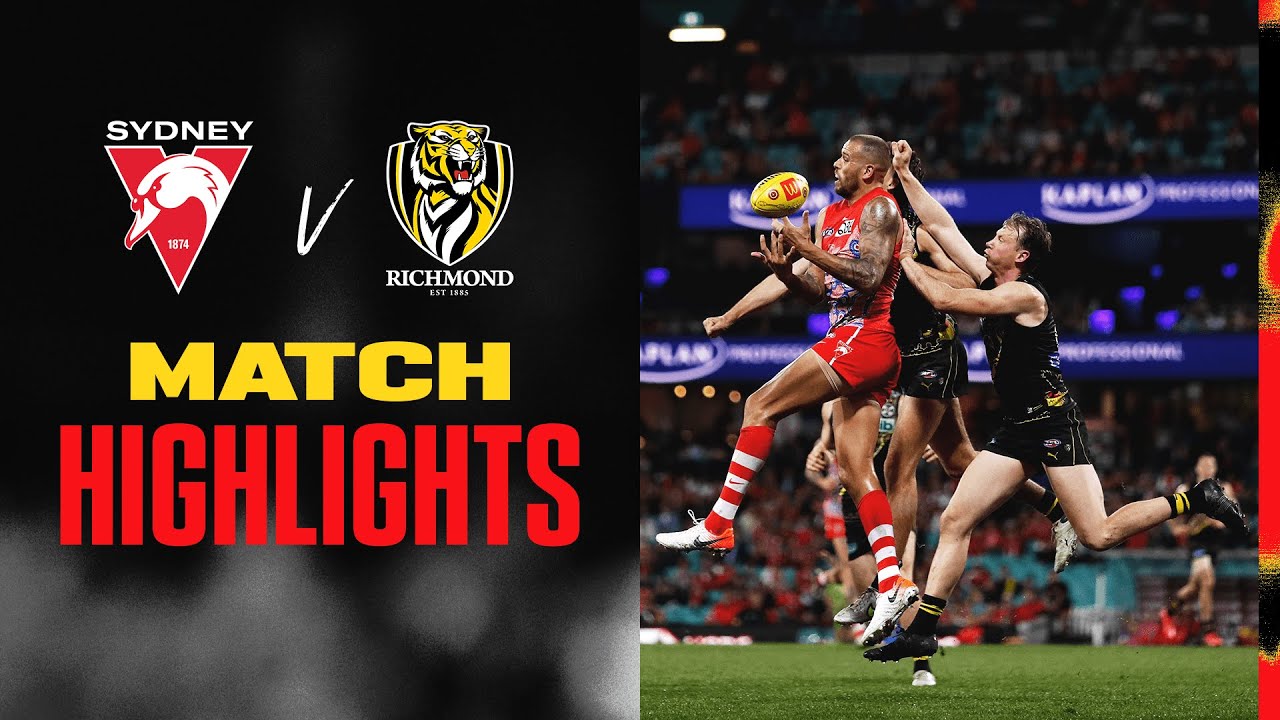 The Brisbane Lions survived a strong challenge from Greater Western Sydney (GWS), to win 110-96 at the Gabba on Saturday afternoon.

GWS were out of the blocks early, kicking seven of the first nine goals, before the Lions kicked four of the last five goals of the quarter to make the quarter time margin back to 37-49. The Lions hit back in the second quarter, kicking three goals to two to 58-61.

The Lions controlled the premiership quarter, kicking five goals to two to set up a 96-74 three quarter time lead. Despite GWS kicking two goals to three in the last quarter, the Lions were good enough to win by 14-points in the end, their ninth for the year, keeping them second place at the end of 11 rounds. 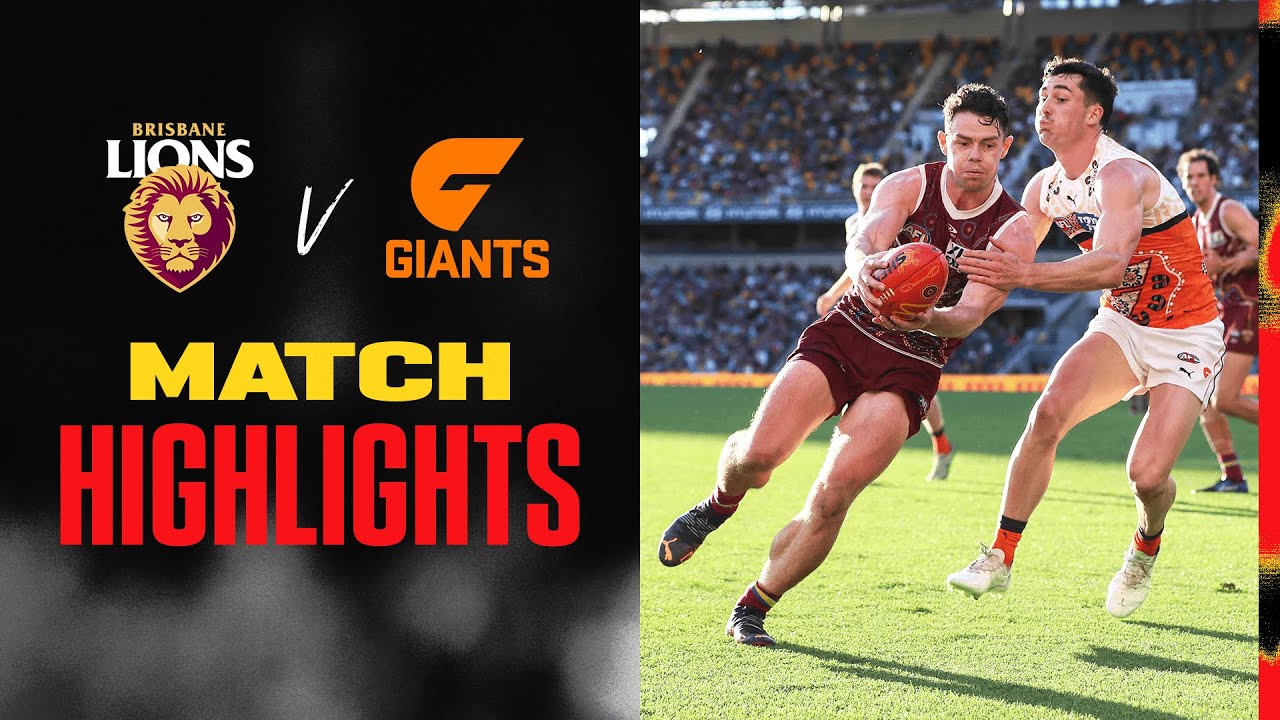 The Cats kicked the openning two goals of the game in the first quarter, after Adeliade were inaccurate and goalless in the openning quarter, the quarter time score 16-6. Geelong began to dominate in the second quarter kicking six goals to three to set up a 51-25 half time lead.

Adelaide kicked the openning three of the third quarter to get the margin back to eight-points. Before the Cats reponded with three consecutively of their own to get out to a 71-47 three quarter time lead. Geelong completely controlled the last quarter, kicking four goals to one to run out 42-point winners.

Geelong face an interesting challenge in the Western Bulldogs at Marvel next Friday night. Adelaide will look to bounce back when they host West Coast on Saturday. 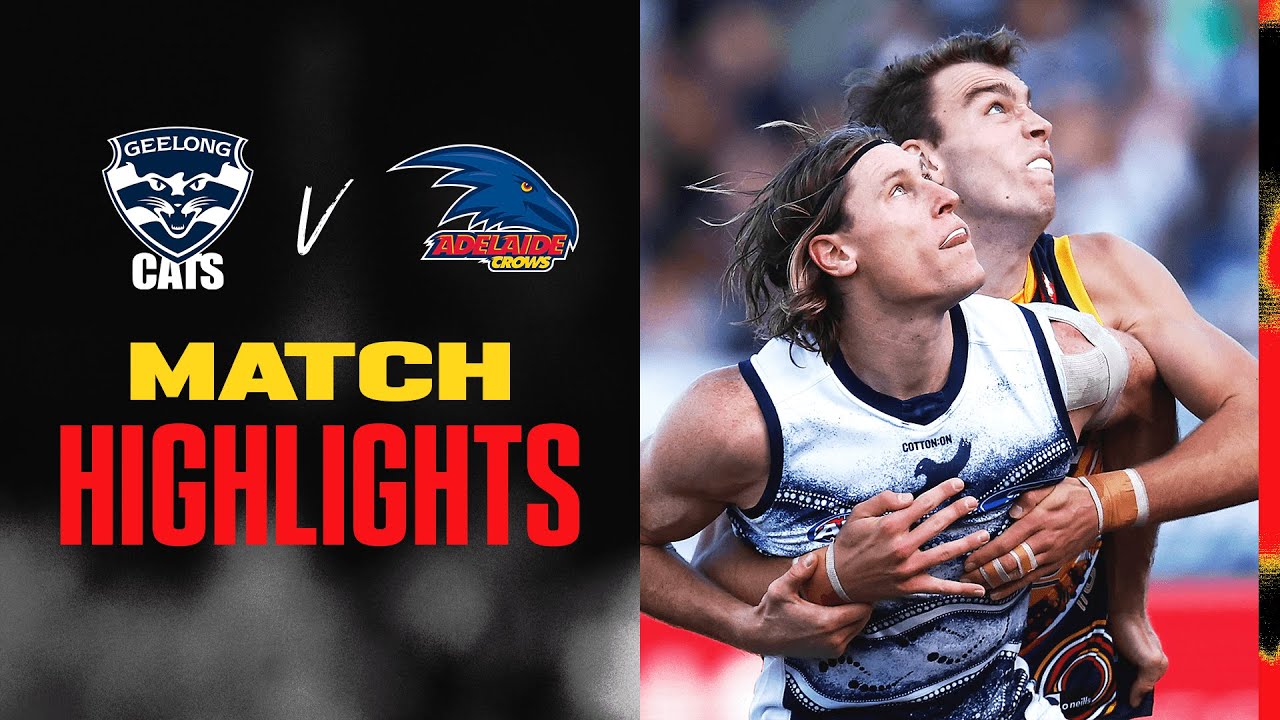 Fremantle handed Melbourne their first defeat of the year, coming from behind to win 94-56.

Melbourne kicked two goals to one in the first quarter to lead 14-12 at the first change, before completly dominating the second quarter, kicking four goals to one to get out to a 44-19 half time lead.

The third quarter was a Fremantle avalanche, they puled on a remarkable eight goals to one to take a 69-52 half time lead. Considering they had conceeded six of the first seven goals of the game, it was a turnaround no one could believe. Fremantle controlled the last quarter and kicked the only four goals of the last quarter, to run out 38-point winners and hand Melbourne their first loss of the year. 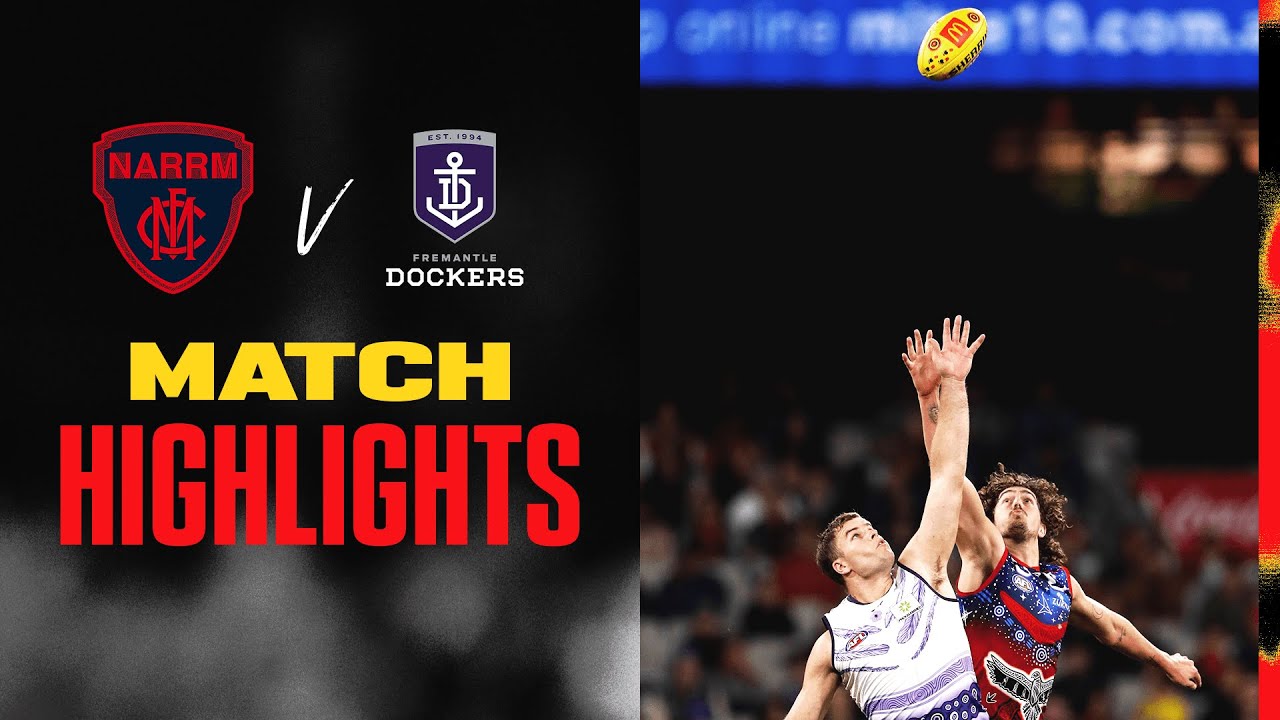 The Bulldogs moved into the top 8, following a 161-60 demolition of the West Coast Eagles (WCE) on Saturday night.

The Dogs kicked three goals to one in the first quarter, to lead 39-18 at quarter time. They kicked four goals to two in the second quarter to set up a 67-35 half time lead.

The Bulldogs will look to continue winning form when they host Geelong at Marvel on Friday night. WCE face a tough trip to Adelaide on Saturday afternoon. 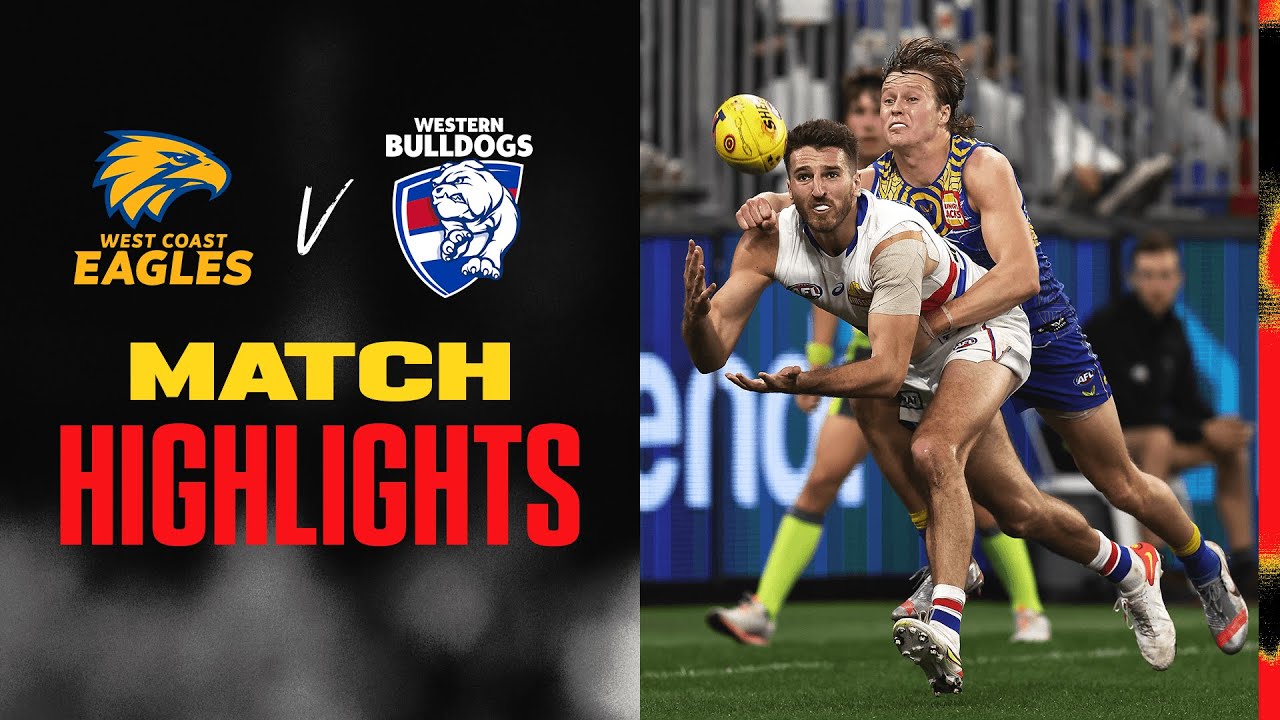 The Suns started brightly kicking four goals to one in the first quarter to lead 27-9 at the openning change. Gold Coast went on to dominate the second quarter, kicking six goals to three to set up a 68-27 half time lead.

Gold Coast continued to control in the third quarter, kicking four goals to one to set up a 96-35 three quarter time lead. The Suns then kicked four goals to two in the last quarter to run away to a 67-point victory. Their fifth of the year. 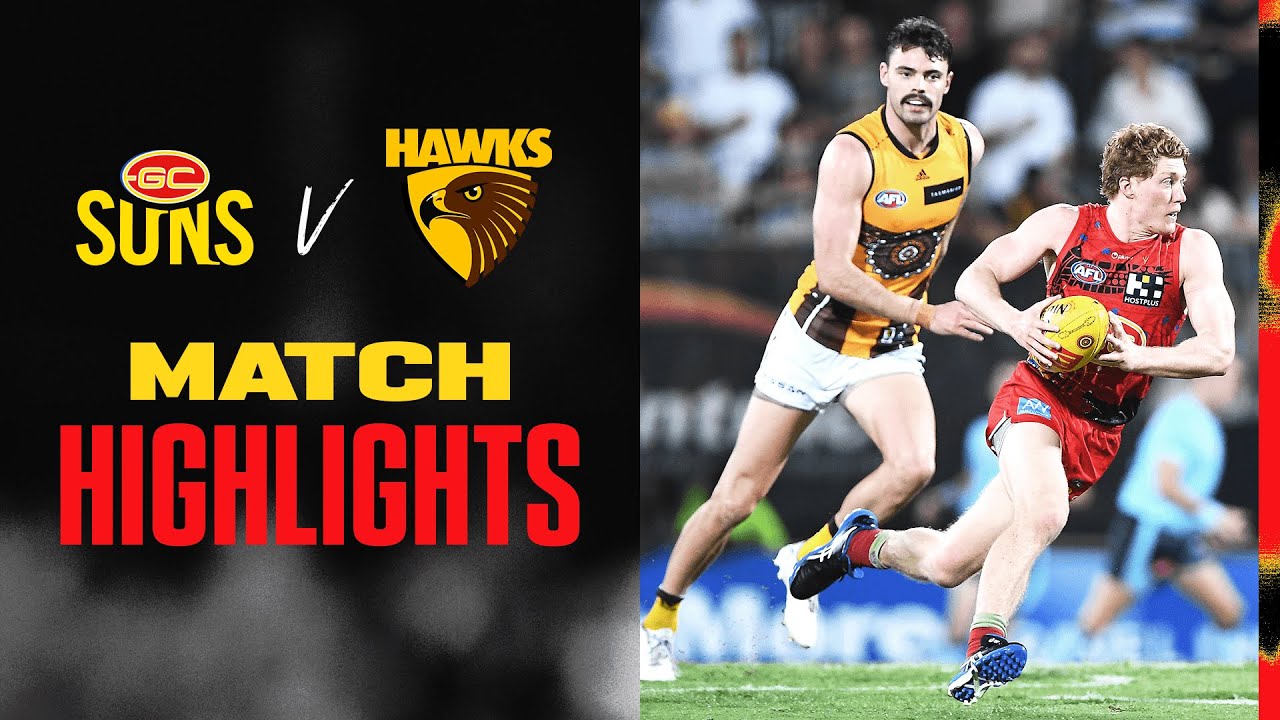 St Kilda climbed into the top four after a 103-50 point victory over North Melbourne on Sunday.

The Saints kicked five goals to two to lead 32-14 at quarter time. St Kilda got the only goal of the second quarter to lead 41-15 at the half.

St Kilda ran riot in the premiership quarter, kicking six goals to two to lead 79-28 at the final change. The Saints controlled the last quarter, kicking four goals to three to run away to a 53-point win. Their eighth of the year, lifting them into the top four.

St Kilda will head into the bye with an 8-3 record and look to continue winning form when they travel to face Brisbane in round 13. North face a challenging trip to the Gold Coast on Saturday. 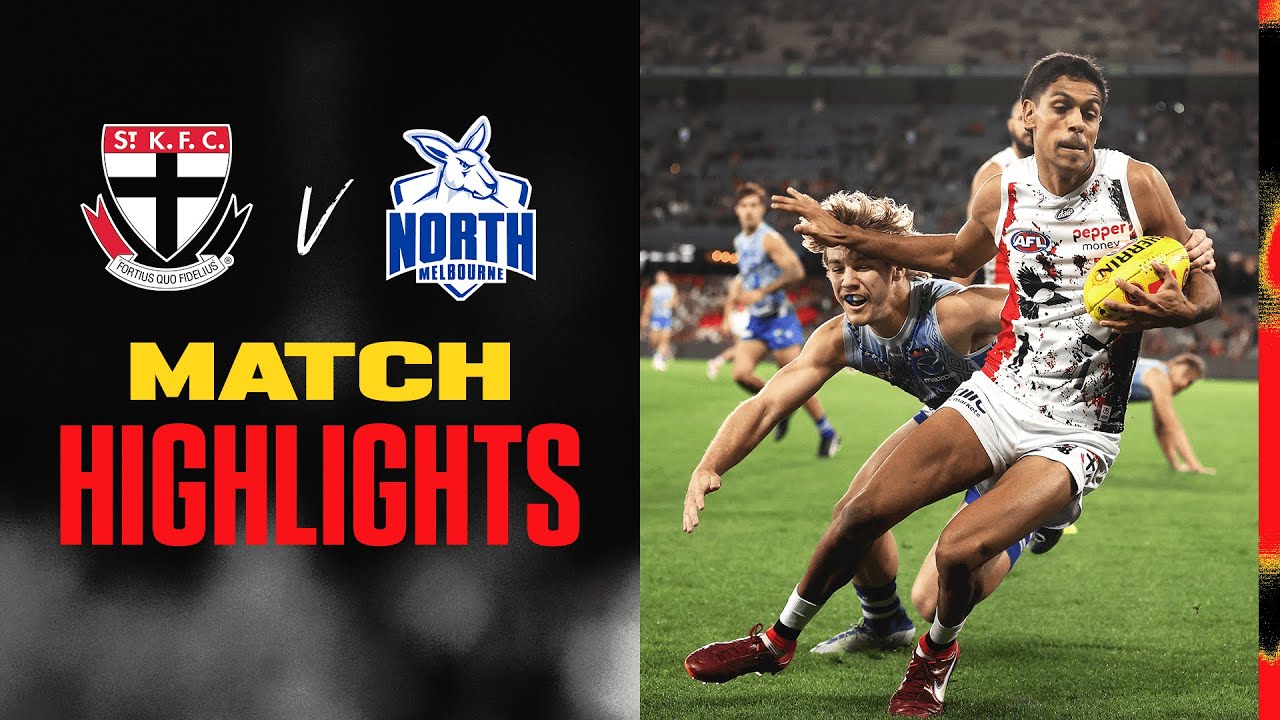 Collingwood held on in an absolute thriller to defeat arch rivals Carlton 79-75 on Sunday afternoon. After Collingwood led by 23-points late, Carlton kicked the last three goals and Jack Silvagni missed the opportunity to steal it for the Blues with 20 seconds remaining, as a desperate Collingwood defence held on by four-points.

Collingwood started brightly, kicking three goals to two in the openning quarter to lead 22-14 at the first change. After Jordan De Goey kicked the openning goal of the second quarter for Collingwood, Carlton kicked the next four, as Charlie Curnow’s magnificent goal from tight on the boundary gave Carlton the advantage 38-32 at the half.

Carlton were inaccurate and held goalless in the third quarter, as Collingwood piled on three of their own to set up a 54-43 three quarter time lead. Jesse Motlop’s soccer got the Blues back within five-points. Before Collingwood kicked three consecutive goals to get out to a 23-point lead. Matthew Owes pulled one back for the Blues, but when Oliver Henry kicked his second goal in four minutes, the Pies looked home and dry. Owes kicked his second to keep some hope alive, before Curnow gave the Blues some real life with his long range set shot. With a minute to play Silvagni marked 35 out, played on with a handpass to Curnow who got the Blues remarkably back within five points and set up the tight finish. From a boundary throw in, it came to Silvagni who’s snap was just wide of the goal for only a behind.

As Collingwoods defence wrapped up the Blues with consistent stoppages, there was controversy two seconds out from the siren when Sam Walsh may have been taken high, nothing payed as the final siren sounded with jubilation from the Collingwood fans and players, and pure heartache for the Blues who fought back so gallantly when they were missing Jacob Weitering with an injury in the second quarter and looked gone late in the last quarter.

Collingwood with their sixth win of the year, face an interesting clash with Hawthorn at the MCG on Sunday. Carlton can take a lot of solos into the bye, with an 8-3 record, there is no question Michael Voss is doing a great job with a rejuvenated young squad. After the bye, they will look to bounce back when they face Essendon in Round 13 at the MCG. 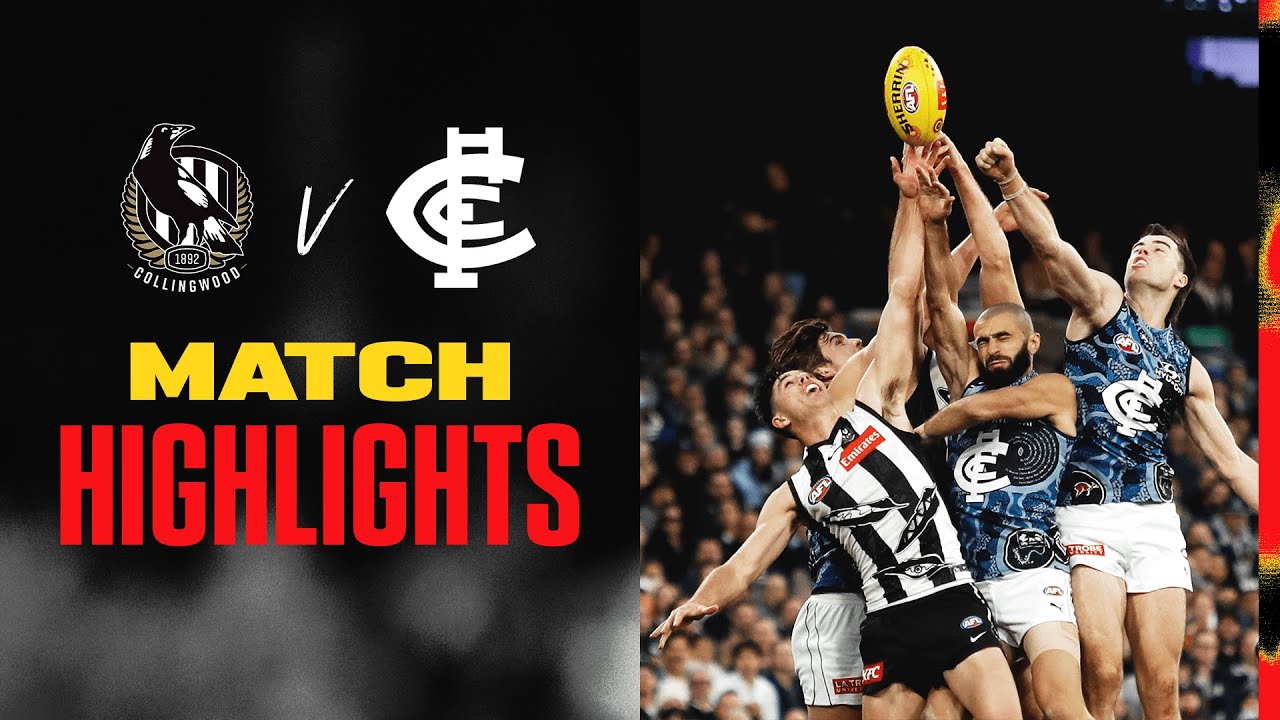 It was Ports first half that set up the victory. They kicked the only four goals of the first quarter to lead 26-6 at the first change. Port added another four goals to two in the second quarter, to get out to a 52-21 half time lead.

Essendon showed a bit of promise with their comeback attempt in the third quarter, kicking four goals to one to reduce the three quarter time margin back to 62-48. The sides went goalless in the last quarter, as Port held out for a 16-point victory, their fifth of the year, getting them back within a game of the top 8, heading into the bye. 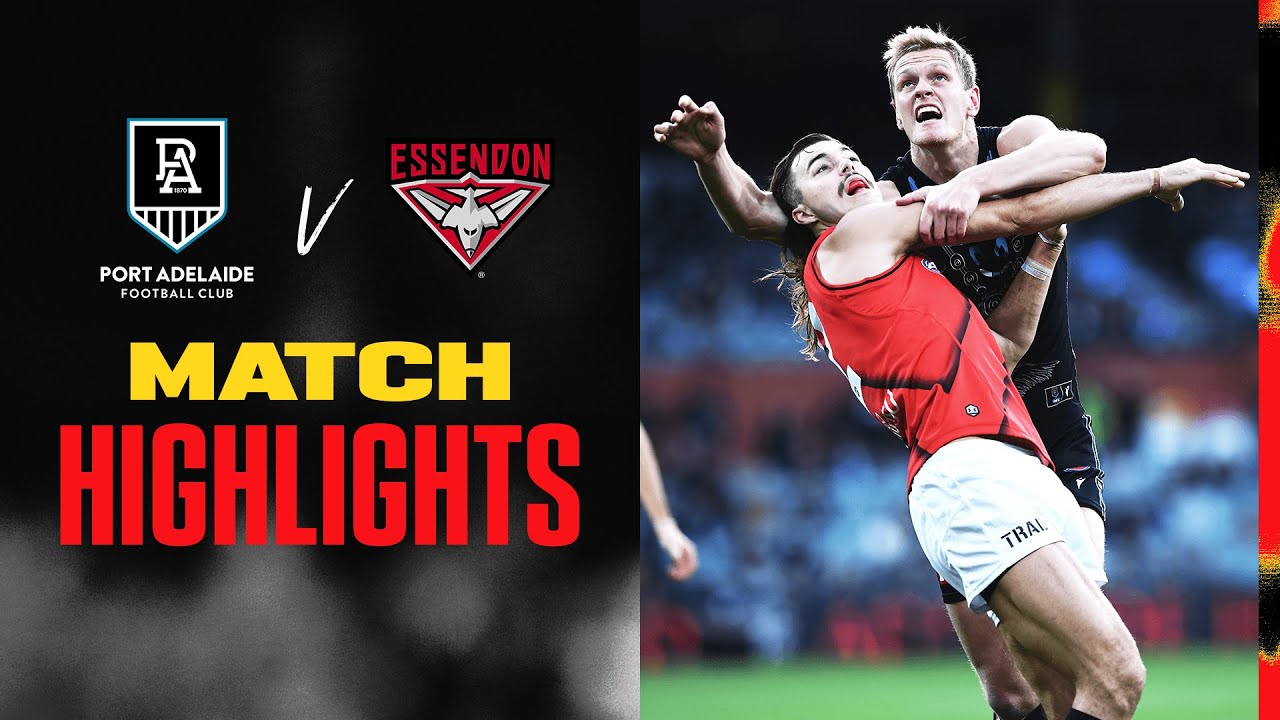