Geelong got the job done 83-70 over the Western Bulldogs on Friday night.

They survived a game in which they dominated early, with Jeremy Cameron on fire with six goals, tearing the Dogs defence apart.

Geelong kicked seven goals to one in the first quarter, including the first six goals of the game, as they took a 44-11 quarter time lead. After Tom Hawkins got the openning goal of the second quarter, Geelong’s lead had blown out to 40-points. The Dogs got three in a row however, and reduced the half time margin back to 30-54.

The Dogs kept coming, with the only two goals of the third quarter, reducing the three quarter time margin back to 56-45. After Tom Hawkins kicked the openning goal of the last quarter, the Dogs kicked the next two, to draw back within five-points. Before Cameron stepped up and responded for the Cats, getting them out by 13-points. Tim English pulled one back for the Dogs, before Cameron ended the Dogs resistance with two more goals to stretch the margin out to 19-points. Cody Weightman pulled back a consolation prize for the Dogs, as the Cats held out a strong Bulldogs challenge to win by 13-points in a classic Friday night contest to climb into the top 4 at the end of round 12. 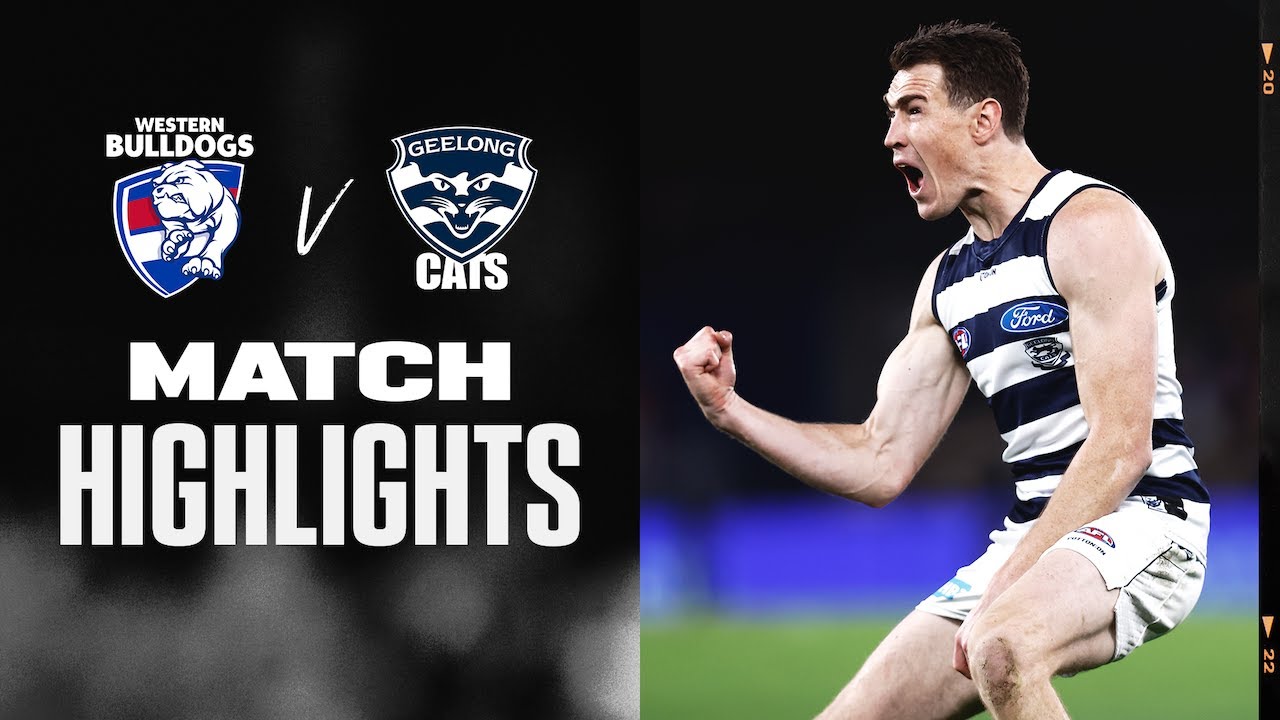 Adelaide burst out the blocks in the openning quarter, leading 32-1 at the first change. The Crows responded kicked four goals to three in the second quarter to lead 60-22 at the half.

WCE kicked two goals to one in the third quarter, as Adelaide led at the final change 70-35. WCE got the openning two goals of the last quarter to reduce the margin back to 22-points. Before Taylor Walker responded for the Crows. Josh Kennedy gave the Eagles one last role of the dice, before goals from Rory Laird and Jake Soligo secured a win for Adelaide. They ran out 31-point winners in the end. 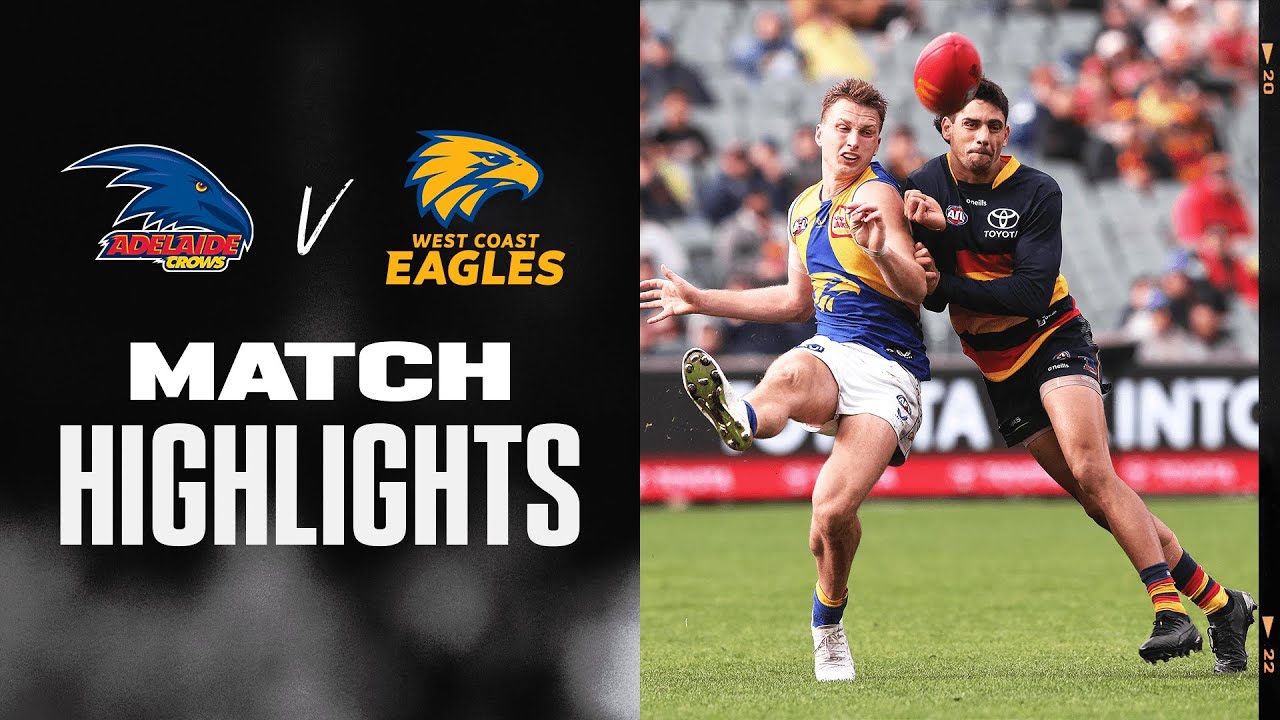 North started brightly, kicking four goals to one in the opening quarter to lead 27-10 at the first change. Gold Coast went on to dominate the second quarter, kicking seven goals to keeping North scoreless. Leading at half time 59-27.

Each side kicked three goals apiece in the third quarter, as the Suns took a 79-47 three quarter time lead. Gold Coast dominated the final quarter, kicking four goals to one, blowing out the margin to 62-points in the end. The Suns head into the bye with a very impressive first half of the year, winning six games out of 12. They will look to continue winning form when they take on Adelaide in round 14 after the bye. North Melbourne face Greater Western Sydney next Sunday at Marvel Stadium- Maybe, with a small chance of a rare victory. 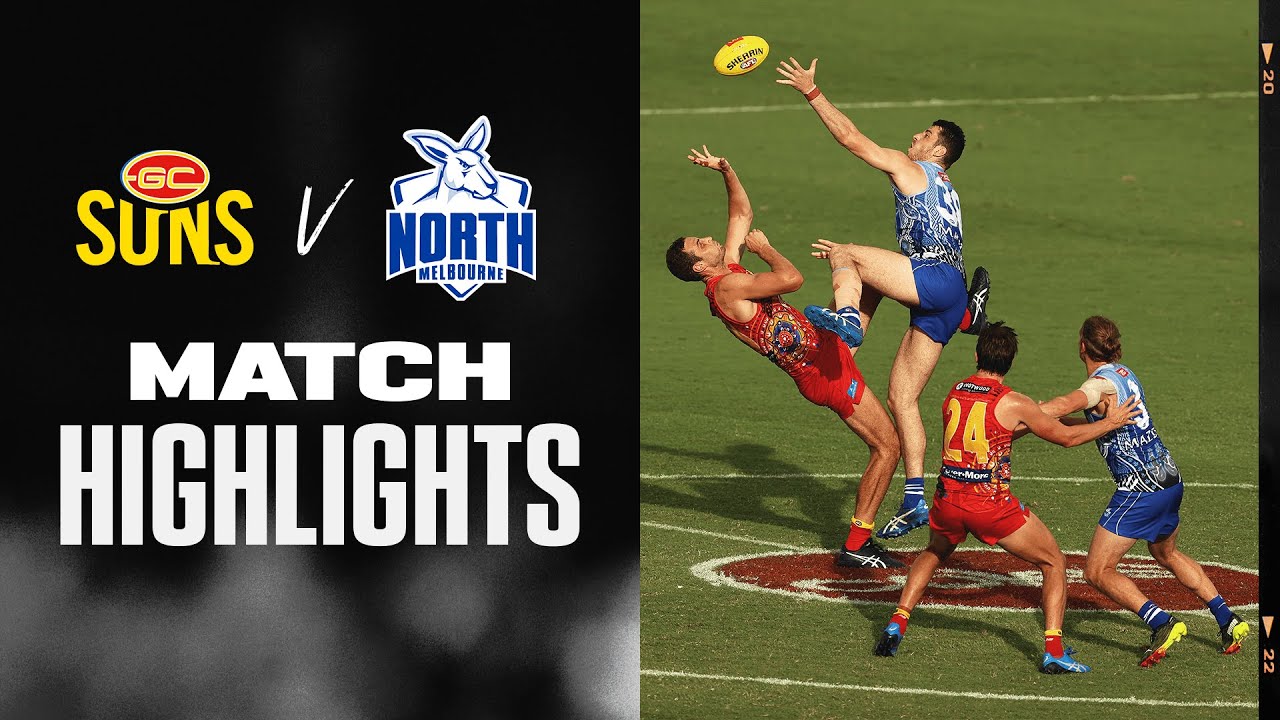 Sydney came from behind to defeat Melbourne in a thriller 73-61 on Saturday night.

After Melbourne stormed out the blocks and kicked the openning five goals, Sam Reid pulled a late goal back for Sydney to bring the quarter time margin to 31-11. Sydney hit back hard in the second quarter, kicking five goals to two to take the lead into half time 43-45.

Melbourne got the only goal of the third quarter through Bayley Fritsch. Leading at the final change 54-47. Max Gawn got the openning goal of the last quarter. The Swans drew within a point with the next two goals. Before Errol Gulden went back from 50 on a slight angle and put the Swans in front. Tom Papley recieved an in the back free kick on the boundary, snapped and sealed a famous win for the Sydney Swans. As they handed Melbourne their second loss in a row and for the season, with a 12-point come from behind win. 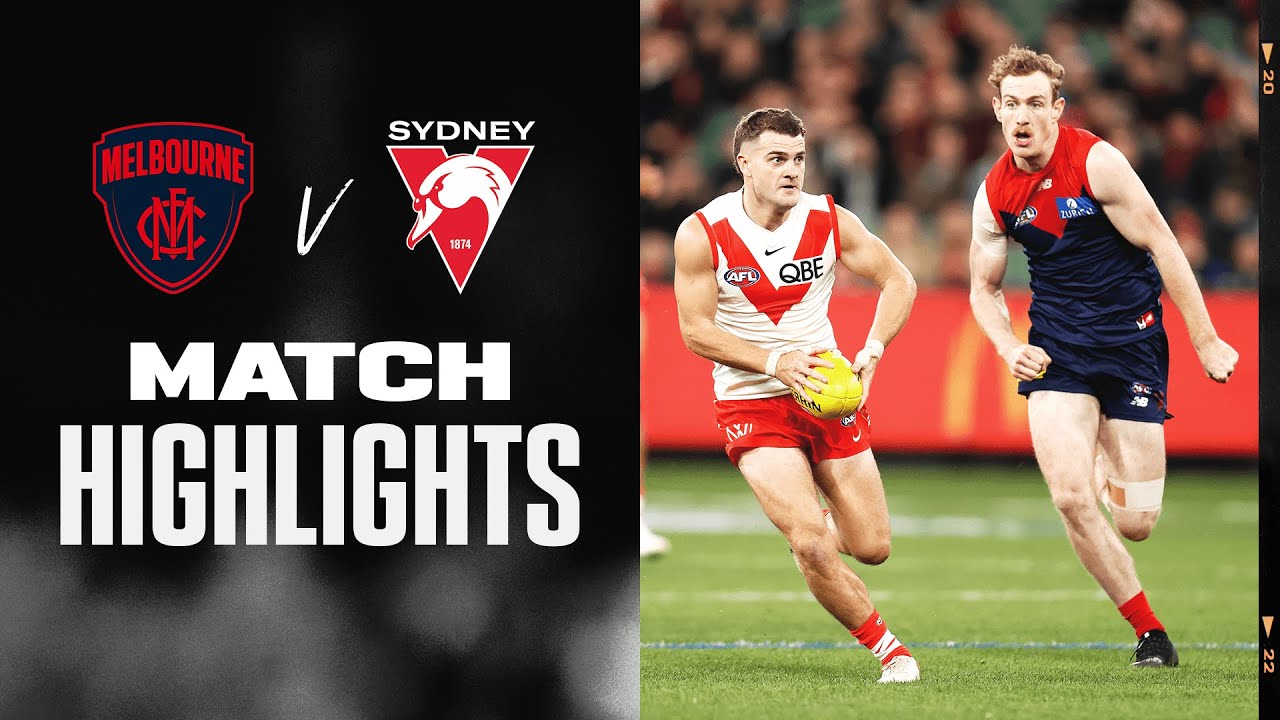 Collingwood defeated Hawthorn in a thrilling contest 72-68 on Sunday afternoon. Oliver Henry with a match winning set shot to cancel out a Hawks comeback.

Collingwood started brightly, kicking five goals to two in the openning quarter to lead 34-14 at the openning change. Both sides added two goals each in the second quarter as Collingwood to a 51-28 half time lead.

Hawthorn hit back hard in the third quarter and went on a rampage, kicking four goals in a row to take the lead. Henry marked and kicked after the three quarter time siren to give Collingwood a 58-53 lead at the final change. Hawthorn got the openning two goals of the last quarter through Mitch Lewis and Chad Wingard. Jordan De Goey got the Pies back within four points, before Henry went from zero to hero. He marked inside 50 with a chance to regain the lead for Collingwood but missed. however, two minutes later he marked inside 50 again, made up for his miss and kicked the match winning goal for Collingwood.
Collingwood were good enough to hold out by four-points and withstand a huge comeback from the Hawks.

Collingwood face a big challenge with the queens birthday clash with Melbourne next Monday. Hawthorn face a huge challenge in a trip to Perth to take on Fremantle next Saturday. 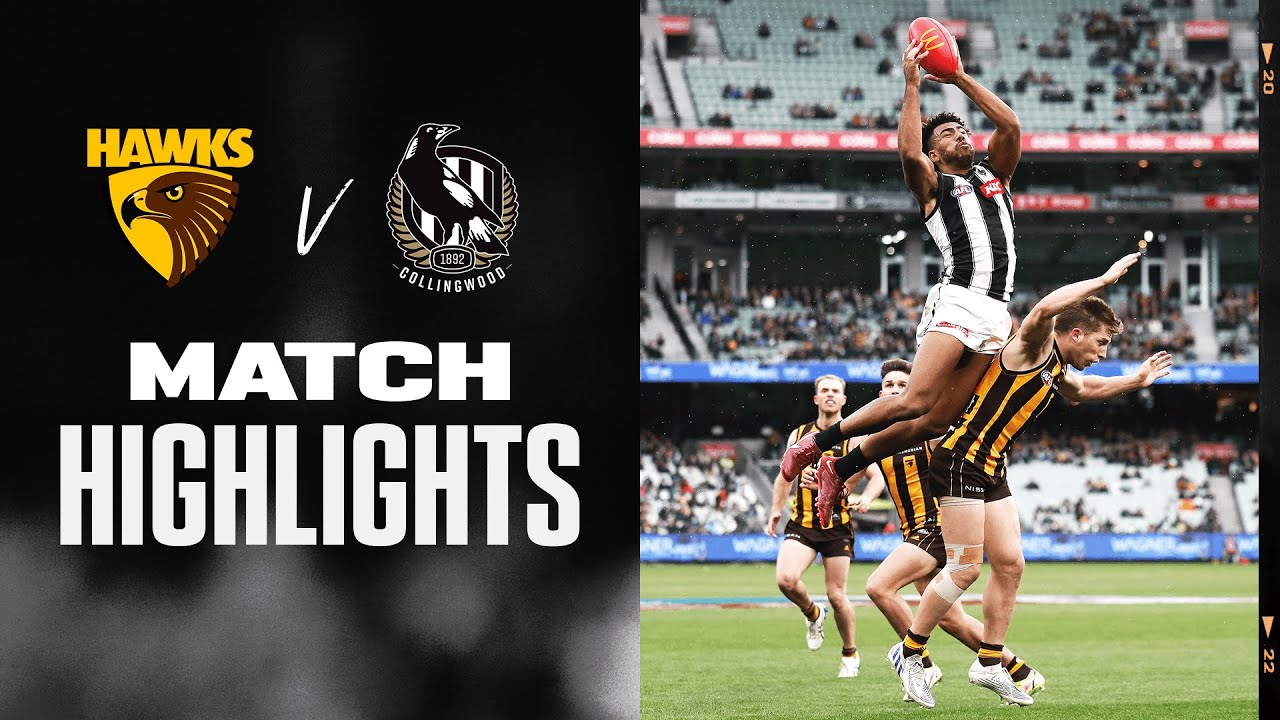 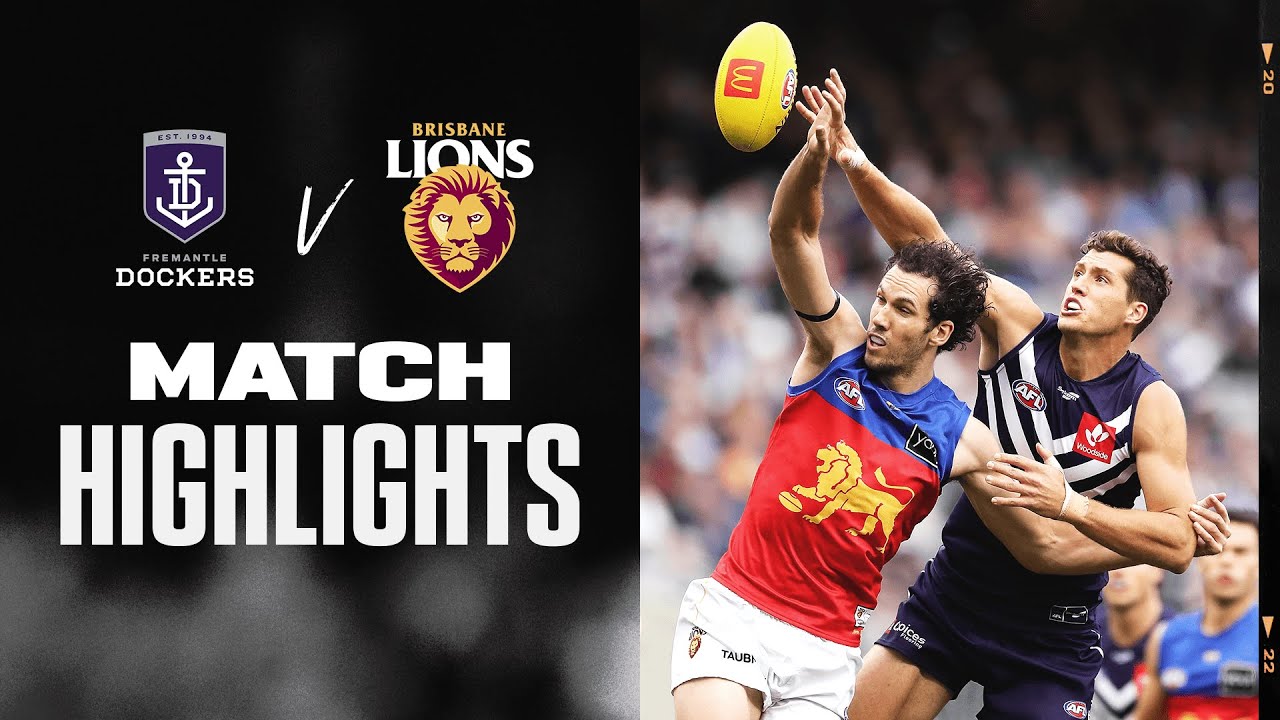