After Port got the openning two goals, Richmond kicked the last five goals of the opening quarter to lead 32-13 at the first change. Port had a much better second quarter, kicking three goals to one to reduce the half time margin to 40-32.

Richmond kicked the openning two goals of the third quarter, Port made a late rally with the last three goals to reduce the three-quarter time margin to a solitary point at 53-52. Sam Powell-Pepper gave Port an early last quarter lead. Josh Gibcus marked right on the boundary line, and regained the lead for Richmond. Before Dustin Martin extended Richmond’s lead to eight-points. Connor Rozee dance stepped and from 50 pulled a major one back for Port. Before Liam Baker’s goal off a boundary throw in was enough to settle the contest. Richmond could have extended the margin but missed opportunities.

As Richmond held out for a 12-point win, their seventh of the year, keeping them out of the 8 only on percentage. Richmond will face Carlton in a huge clash on Thursday night. Port face a tough challenge in hosting the Sydney Swans on Saturday. 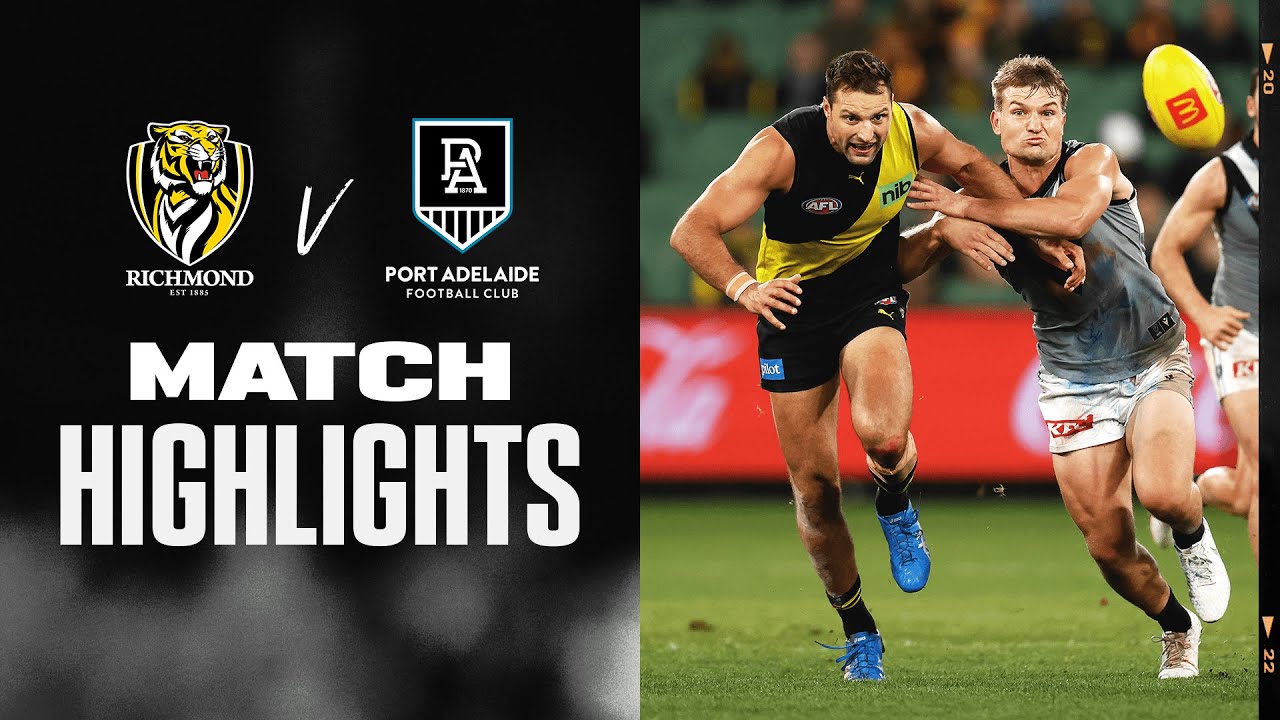 After Carlton got the openning three goals, Essendon reponded with the next three. Before a Charlie Curnow goal after the quarter time siren gave Carlton a 25-20 quarter time lead. Carlton took control in the second quarter, kicking four goals to two. Taking a 58-34 half time lead.

Carlton kept control in the premiership quarter and kicked three goals to two, to lead by 50-78 at the final change. The Sides went goalless in the last quarter, as Carlton held out for a 26-point victory. Their ninth of the season, winning more then eight games for the first time in a season since 2013.

This win sees the Blues in the top four after 13 rounds. Carlton face a huge challenge in Richmond on Thursday night. For Essendon, it gets no easier when they face St Kilda on Friday night. 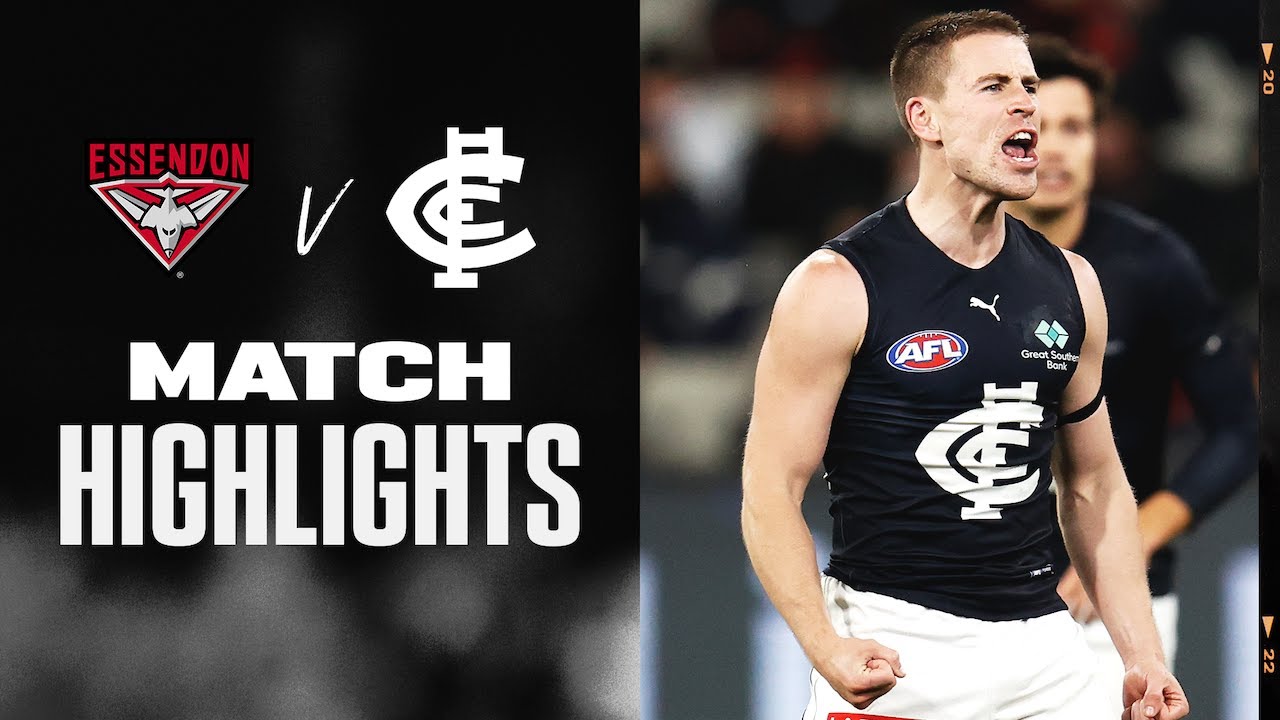 Fremantle defeated Hawthorn in a thriller 95-82 on Saturday.

Hawthorn started strongly, kicking five goals to four in the openning quarter to lead 30-27 at quarter time. Hawthorn kept the foot on the gas in the second quarter, kicking three goals to two to lead 52-42 at the half.

Fremantle opened the floodgates in the third quarter, kicking six goals to two, leading 81-68 at the final change. Both sides kicked two goals each in the last quarter. With Fremantle a goal up with a little under four minutes remaining, a soccer from Andrew Brayshaw sealed the result. Fremantle running out 13-point winners in the end.

Fremantle with their 10th win of the season remain third. After their bye, they will look to continue winning form when they face Carlton in round 15. Hawthorn after their bye face the Western Bulldogs in round 15. 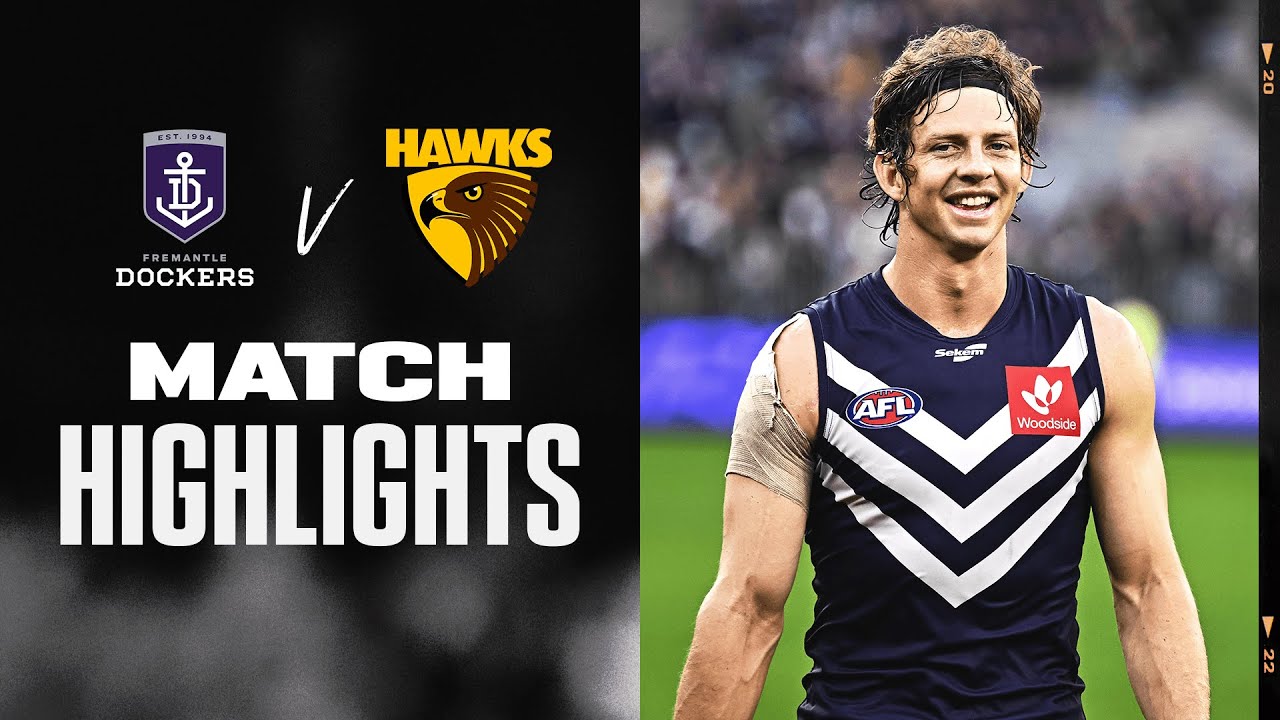 Brisbane took care of St Kilda 78-57 on Saturday night to climb to the top of the ladder at the end of round 13.

With St Kilda kicking the first two goals of the contest, the Lions responded with the next two to take a 16-13 quarter time lead. St Kilda looked in control in the second quarter, kicking three goals to one to take a 36-18 half time lead.

The Lions hit back hard in the third quarter, kicking four goals to two to take a 52-49 three quarter time lead. Dan Butler kicked a magnificent snap for the first of the last quarter. However, the Lions were good enough to control the rest of the game, kicking the last three goals to run away with a 21-point win.

Their 10th of the year, and due to Melbourne’s loss to Collingwood, Brisbane moved to the top of the table. After the bye, it sets up a huge top 2 clash between Melbourne and Brisbane at the MCG in round 15. St Kilda will look to rebound when they face Essendon on Friday night at Marvel. 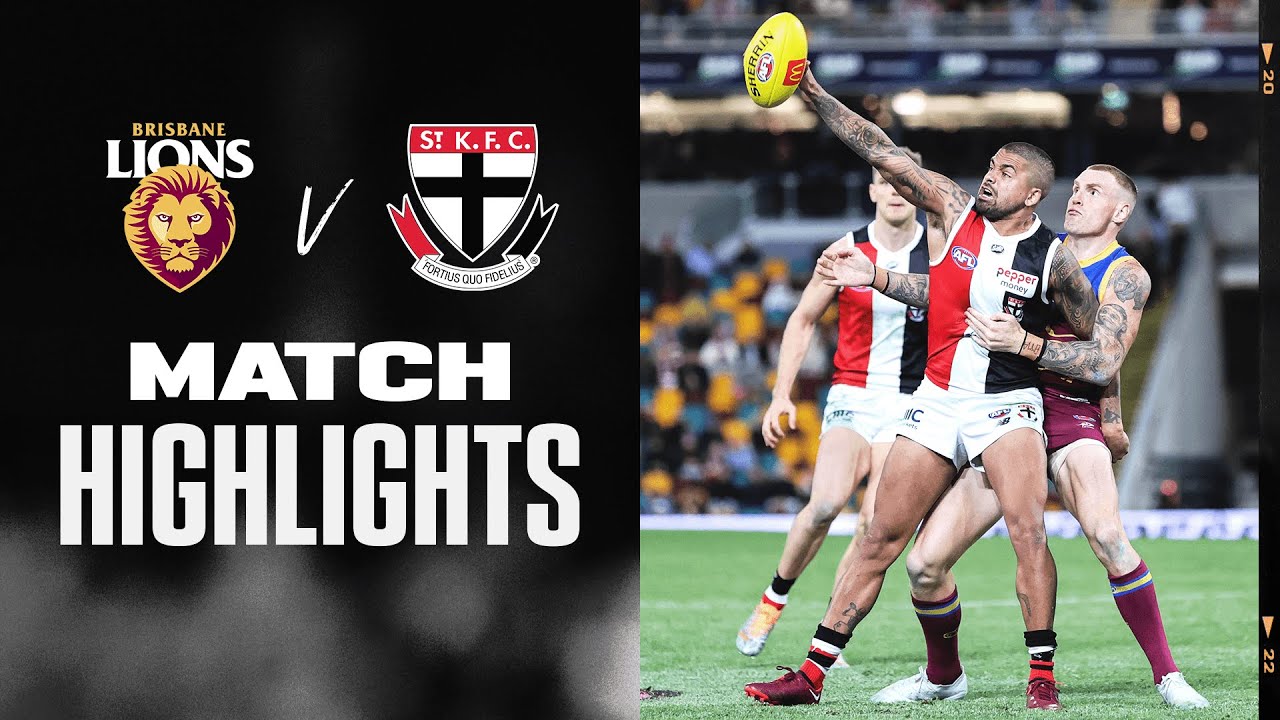 GWS were fresh out the blocks, kicking the only five goals of the openning quarter to lead 33-3 at the first change. The Giants kicked the first two of the second quarter, before Curtis Taylor got North on the board. By half time, the Giants had kicked 10 goals to two and led 64-17.

Both sides kicked two goals each in the third quarter as the Giants took an 81-31 three quarter time lead. The sides again went goal for goal in the last quarter, kicking three goals each, as GWS ran away to a 49-point win.

With the Giants fourth win of the year, they look forward to the challenge of hosting the Western Bulldogs next Saturday. North head into the bye sitting 17th, with only one win from 14 games. They host Adelaide in Tassie after the bye in round 15. 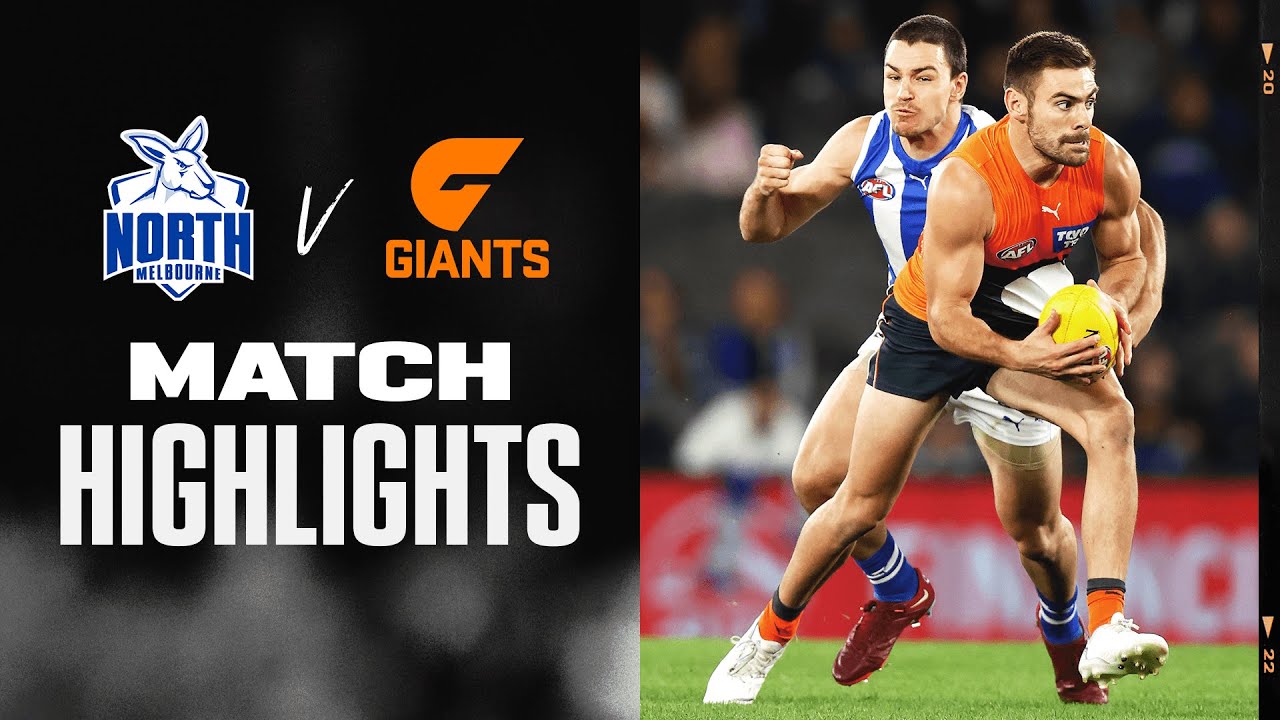 Melbourne were out of the blocks early. Kicking the openning three goals of the game in the first quarter to lead 19-3 at quarter time. Collingwood worked their way back in the second quarter, kicking three goals to two to crawl back to a half time margin of 34-26.

After Melbourne got the openning two goals of the third quarter, to get out to a 20-point advantage. Collingwood kicked the last three goals of the quarter to climb back to within a point at three quarter time at 47-46. Collingwood took the lead through Brodie Mihocek at the start of the last quarter, before Jamie Elliot extended their lead to 10. Luke Jackson pulled one back from the boundary for Melbourne. But it was all Collingwood from there, pilling on the last four goals of the game to run away with a 26-point win.

Collingwood extended Melbourne’s loosing run to three, whilst making it four wins in a row for themselves. Melbourne dropped to second on percentage and will face the Lions in a top two clash in round 15 after the bye. Collingwood head into the bye in 8th position and will look to extend their winning streak to five when they face GWS in round 15 at the MCG. 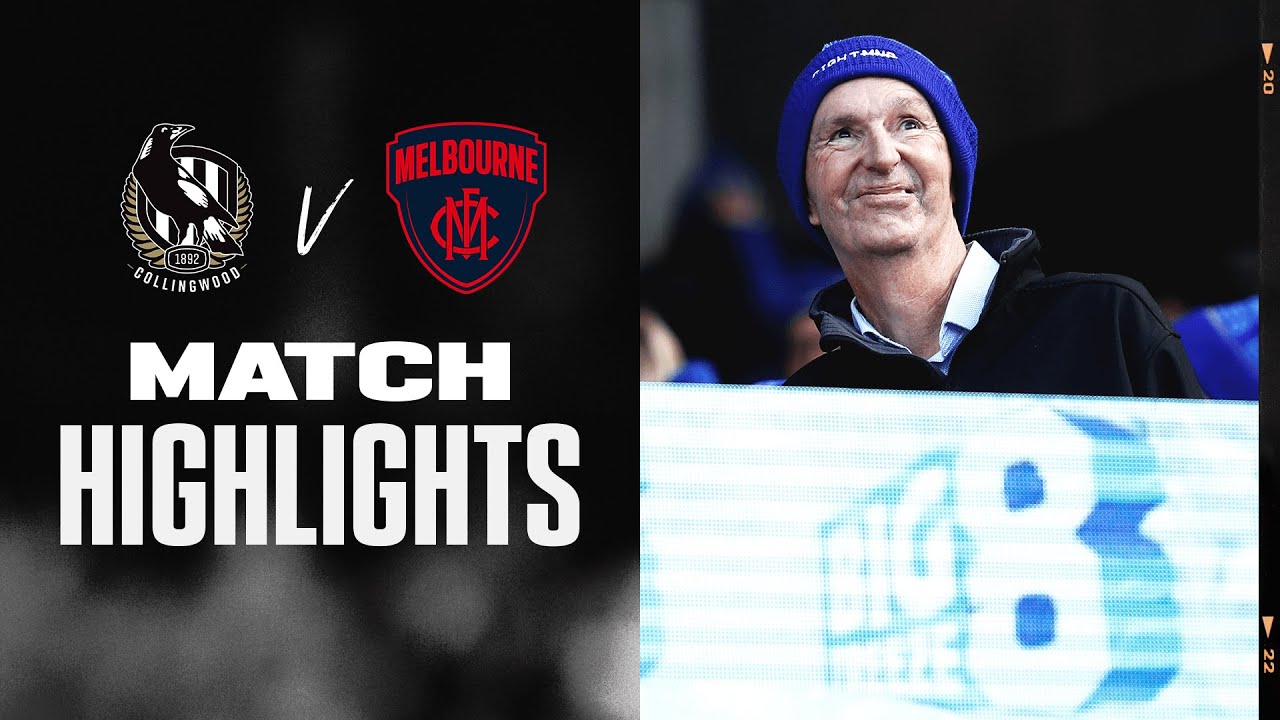