Geelong won the top two clash over Melbourne by 28-points on Thursday night.

Geelong opened up the game in the third quarter, kicking the openning three goals to get out to a 23-point lead. Melbourne kicked the last two goals of the quarter to reduce the three quarter time margin to 60-48. Tom Hawkins kicked a ripping goal to start the last quarter and extend Geelong’s lead to 19. Melbourne pulled back the next two and reduced the margin to seven. With a miss from Bayley Fritch, Kysaiah Pickett had the chance to level the game from the pocket, but hit the post. Geelong wrestled back the momentum, with the last three goals of the game they skipped away to a 28-point win to overtake top spot.

Geelong’s seventh win in a row see’s them in top position, with a very favourable run home, they could start thinking the minor premership could be there’s if they remain consistent. Next up they face an interesting clash with Carlton at the MCG on Saturday night. Melbourne will look to rebound when they take on Port Adelaide on Sunday in Alice Springs.

Sydney comfortably took care of the Western Bulldogs on Friday night by 53-points.

Sydney ran riot in the premiership quarter, kicking six goals to three to get out to a 105-56 three quarter time lead. The Swans remained in control in the last quarter, kicking two goals to one, as they got home in the end by 53-points.

This was Sydney’s 10th win for the year, they sit in seventh position. Next up they will meet Fremantle in Perth on Saturday night. The Bulldogs will face the Saints in a massive Friday night game at Marvel Stadium. 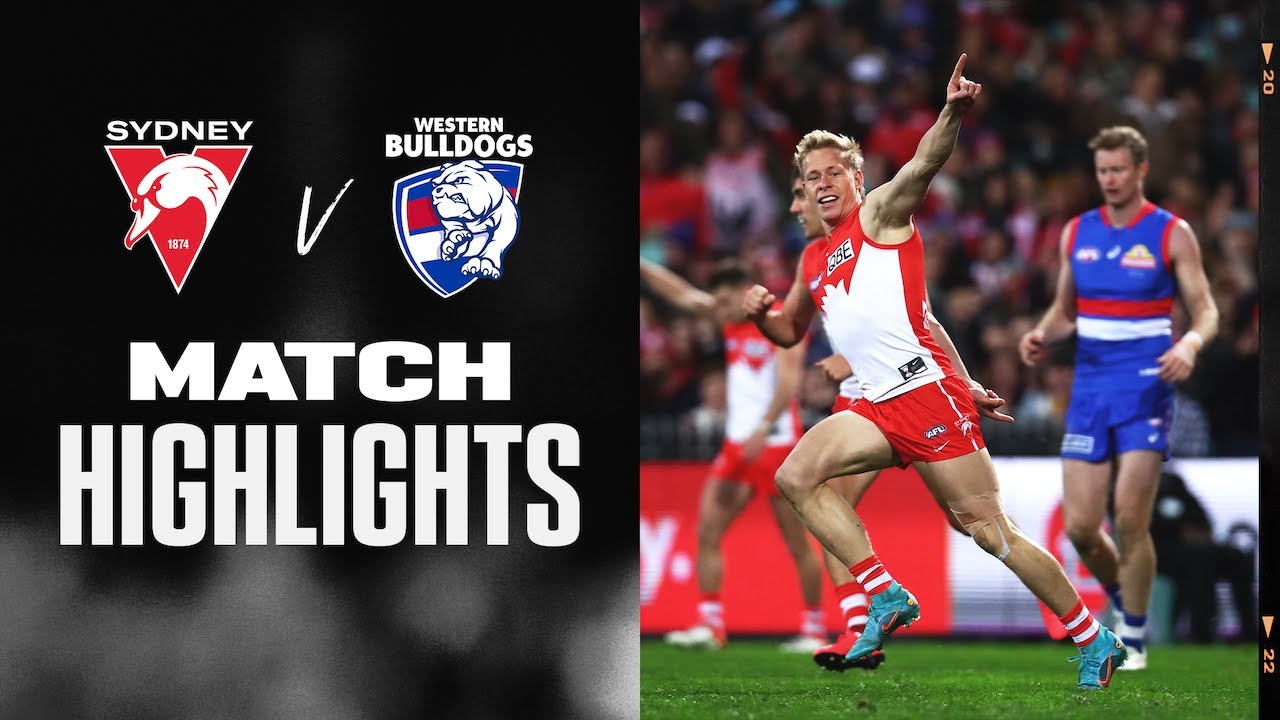 Collingwood fought back from a 26-point three quarter time deficit, kicking the only five goals of the last quarter to avoid possibly the upset of the season. Defeating North Melbourne by seven-points on Saturday afternoon.

In a gallant loss for North, Nick Larkey was the star for them, with a five goal haul. The sides kicked four goals each in the first quarter, going into the first change level at 26. North put the foot down in the second quarter, stunning the Magpies with a four goal to one quarter and took a 52-32 half time lead.

North remained control in the third quarter. Kicking four goals to three and extended their three quarter time lead to 79-53. Collingwood got the openning two goals of the last quarter within the first minute and a half. Nick Daicos snapped a beauty from the pocket and all of a sudden the margin was back to eight points. Before Darcy Cameron levelled the game up. With Collingwood leading by a point late, it was Steele Sidebottom who took the mark and sealed the comeback victory for Collingwood. They made it their seventh consecutive win, as they made the great escape by seven-points.

Collingwood face a trip to Adelaide next Saturday to face the Adelaide Crows, looking for eight straight wins. North face a big challenge in Richmond at Marvel on Saturday afternoon.

Gold Coast’s Noah Anderson became their hero, kicking a goal after the final siren to steal one of the great come from behind wins for the Suns. Gold Coast came from 40-points down in the third quarter, to beat Richmond after the siren as they did 10 years ago, as history repeated.

Richmond started the stronger side, kicking five goals to three in the first quarter to lead 33-21 at the first change. Richmond took control in the second quarter, kicking four goals to one to lead 62-28 at half time.

Jack Graham got the openning goal of the second half and gave the Tigers a 40-point buffer. From there, however, the Suns clickeded into gear, kicking three consecutive goals to reduce the margin back to 20 points. Jake Aarts kicked one against the run of play for the Tigers, but it was met with a goal to Hewago Paul Oea for the Suns. Jack Riewoldt provided a steadier to get Richmond back out to a 83-55 three quarter time lead. The Suns got the openning two goals of the last quarter to reduce the margin to 15-points. Riewoldt steadied once again from the pocket for the Tigers. Sam Day gave the Suns some life again. Matt Rowell cut the margin back to 11-points with just under four minutes remaining and gave them real hope. Mabiour Chol soccered it through from the square to get the Suns back within four-points with a 1:15 to play, as a tight finished loomed.

Sam Day marked Nick Holman’s kick on the boundary close to goal, chipped it short to Noah Anderson who had the game on his boot as the final siren sounded. He went back from 40 and kicked the goal to steal of the Suns greatest ever wins, as players swamped him in celebration. The Suns with their eighth win of the season keep their first finals appearance hopes well and truly alive. Next up they face Essendon at Marvel Stadium, in what will be an interesting contest. Richmond will look to rebound against North on Saturday afternoon.

The Saints started brightly, with both sides kicking four goals each in the first quarter, the Saints led 28-27 at quarter time. St Kilda kicked three goals to two in the second quarter, leading 48-40 at half time.

The Dockers owned the premiership quarter, kicking seven goals to two, a Michael Fredrick goal after the three quarter time siren taking the lead out to 86-62. Fremantle dominated the last quarter, kicking four goals to one to run away in the end with a 41-point win.

The Dockers 12th win of the year, they look forward to their big clash with the Sydney Swans on Saturday night. St Kilda will look to rebound when they face the Bulldogs on Friday night.

Both sides kicked a goal each in the third quarter, with Port still leading 63-27 at the final change. Port kicked the only three goals of the last quarter to run away to a 55-point win.

Port’s eighth win of the year, keeping them in the finals hunt in 12th position. They face a tough challenge in Melbourne next Sunday. GWS face a challenge when they host the Brisbane Lions on Saturday.

Essendon defeated the Brisbane Lions in a 10-point upset on Sunday.

Both sides kicked two goals in the first quarter and went in level at 15 at quarter time. Essendon turned up the head and had a massive second quarter, kicking five goals to two to get out to a 48-32 half time lead.

Brisbane worked their way back into the contest in the premership quarter, kicking five goals to four to cut the three quarter time margin to 75-63. Kyle Langford got the openning goal of the last quarter, before the Lions pulled back the next two to reduce the margin back to seven-points. Before Peter Wright responded for the Bombers. Eric Hipwood drew the Lions within five points, but Jye Caldwell immediately responded for the Bombers with a long range effort from outside 50. Cam Rayner gave the Lions one last glimmer of hope. Lachie Neal missed the chance to steal it late for the Lions, as the ball ended in Matt Guelfi’s hand as the final siren sounded, after which he went back and slotted the goal to extend the winning margin to 10-points.

Essendon’s biggest scalp for the year, with win number five, they are showing a lot of promise towards the end of what looked a torrid season. They face an interesting clash with the Gold Coast Suns at Marvel on Sunday. While this loss could be really damaging for Brisbane’s top four ambitions, they will look to rebound when they face GWS on Saturday. 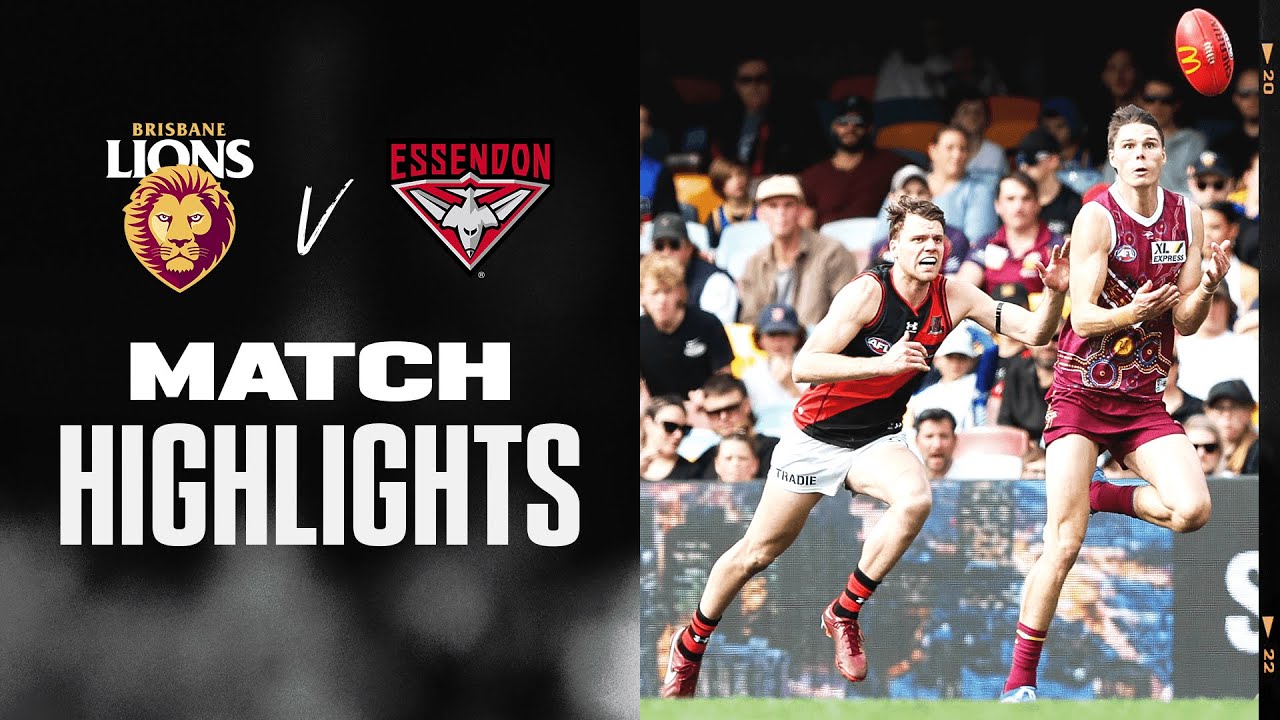 Hawthorn comfortably took care of Adelaide by 32-points on Sunday afternoon. The Hawks first win since round 10.

Hawthorn were out the blocks, kicking six goals to one in the openning quarter, leading 39-8 at quarter time. The Hawks continued to press in the second quarter, kicking three goals to two to led 58-20 at the half.

Adelaide kicked the only two goals of the third quarter, but Hawthorn still led 61-35 at the final change. Hawthorn again turned on the gas in the last quarter, kicking four goals to three and walked away with a 32-point win.

This was win 1000 for the Hawthorn Football Club, as they gave their fans something to cheer about. They can make it back to back wins when they host a struggling West Coast at the MCG on Sunday. It gets no easier for the Crows when they host Collingwood on Saturday. 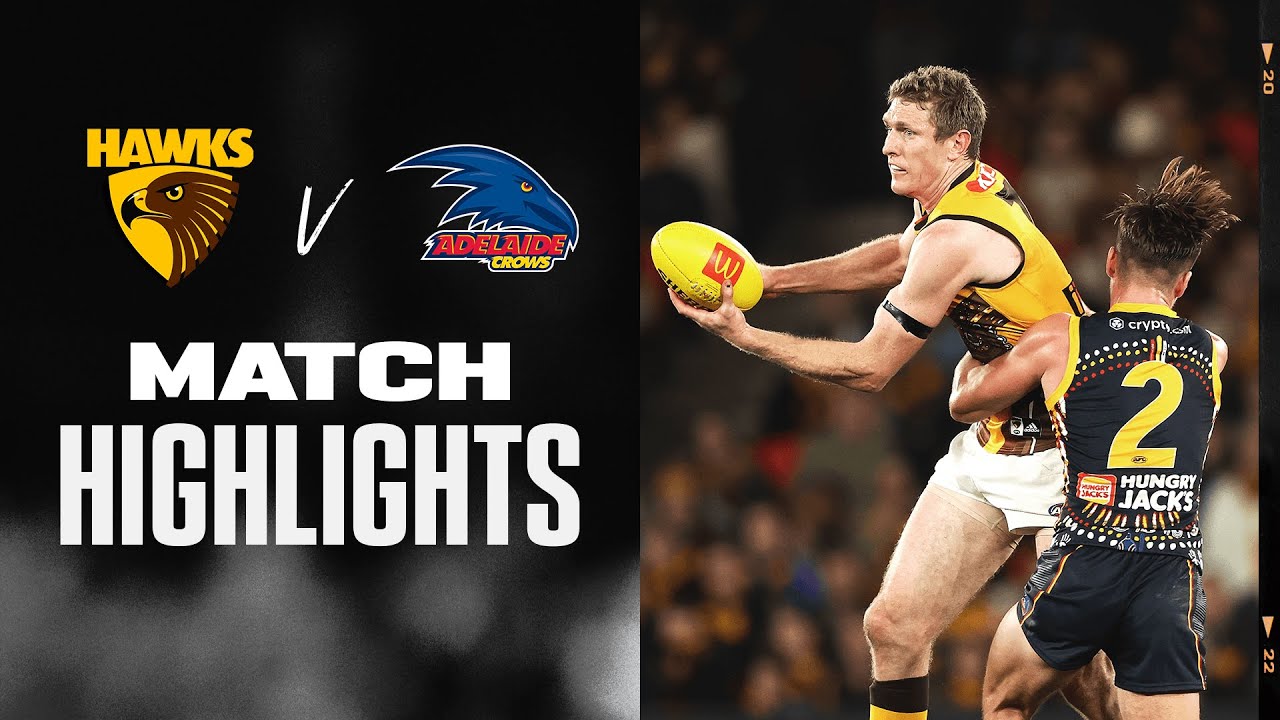 Carlton took care of West Coast by 63-points despite being challenged on Sunday evening.

Carlton kicked the openning five goals and kept the Eagles scoreless in the first quarter, leading 34-0 at quarter time. West Coast put on a challenge and worked their way back into the game in the second quarter, kicking seven goals to three to reduce the half time margin to 45-55.

Carlton kicked two goals to one in the third quarter, leading 70-53 at the final change. Before Carlton used the last quarter to blow the Eagles out of the water, kicking seven goals and keeping West Coast scoreless. Running away with a percentage boosting 63-point win. Harry Mckay and Charlie Curnow with 10 goals between them.

This win their 11th for the year, in what is their best record since 2011, still with six games to go. Carlton are on track for a return to at least the top 8 if they can keep up this form, and top four isn’t out of the question. They do face a massive test in Geelong at the MCG next Saturday night. Whilst West Coast travel to face Hawthorn at the MCG on Sunday. 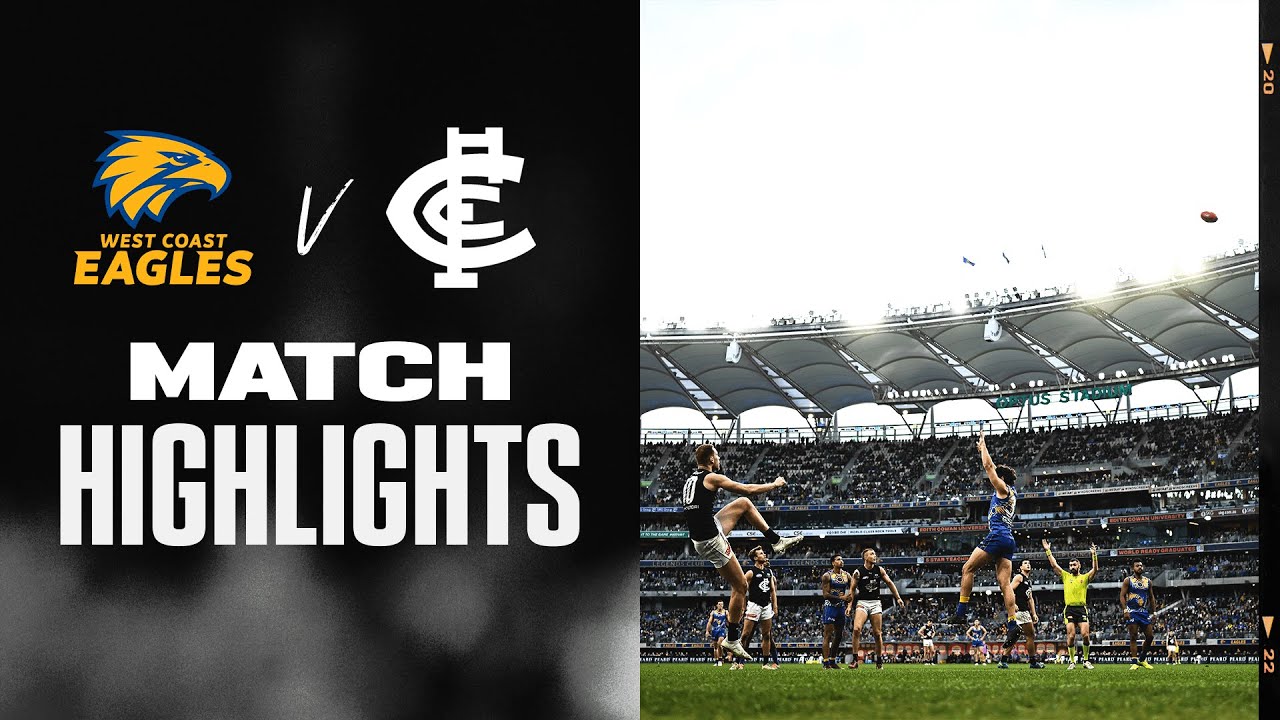