The Western Bulldogs had a dominant 84-56 win over St Kilda on Friday night.

The Dogs were out of blocks, kicking the first five goals and keeping the Saints goalless in the first quarter, with the Dogs leading 32-2 at quarter time. The Bulldogs kept control in the second quarter, kicking three goals to two, taking a 52-16 half time lead.

The premership quarter truly belonged to the Bulldogs, as they kicked four goals to one, to grow the three quarter time lead to 77-27. St Kilda made a comeback attempt, kicking the first four goals of the last quarter to reduce the margin to 22-points. Marcus Bontempelli took a strong mark, slotted the goal and sealed a 28-point win for the Dogs.

The Dogs ninth win of the year, gets them level with the top 8, only outside by percentage. They face a tough challenge in Melbourne at Marvel Stadium on Saturday night. St Kilda will look to rebound when they travel to face West Coast on Sunday evening. 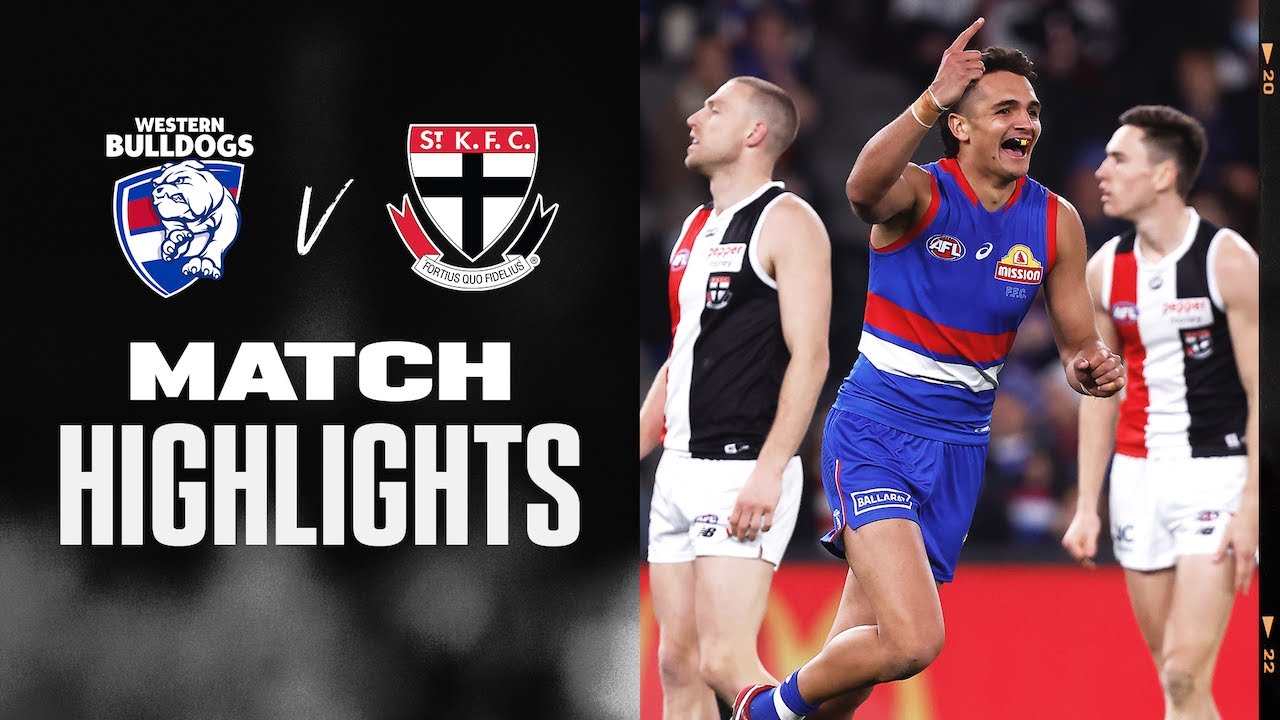 Collingwood held off Adelaide 91-86 in a thriller on Saturday afternoon.

Adelaide the underdogs started strongly, kicking the openning three goals, before Collingwood kicked the last four goals of the first quarter to take a 25-20 quarter time lead. Adelaide had a strong second quarter kicking four goals to two, taking a 48-39 half time lead.

It was a hotly contested third quarter, Adelaide kicking three goals and leading by 16 points late, with Collingwood kicking four goals, including two late goals to reduce the three quarter time margin to 68-65. Collingwood kicked four of the first five goals of the last quarter to grow the margin to 16-points, as Jamie Elliot’s snap from the boundary looked to finish off the contest. Adelaide threw one last challenge with the last two goals of the game. But Collingwood were good enough in the end to hold on by three-points in a thriller.

Collingwood are the masters of holding out close games. They made it eight consecutive wins, with Essendon to come next Sunday at the MCG. It gets no easier for Adelaide, travelling to face Sydney to face the Swans on Saturday afternoon. 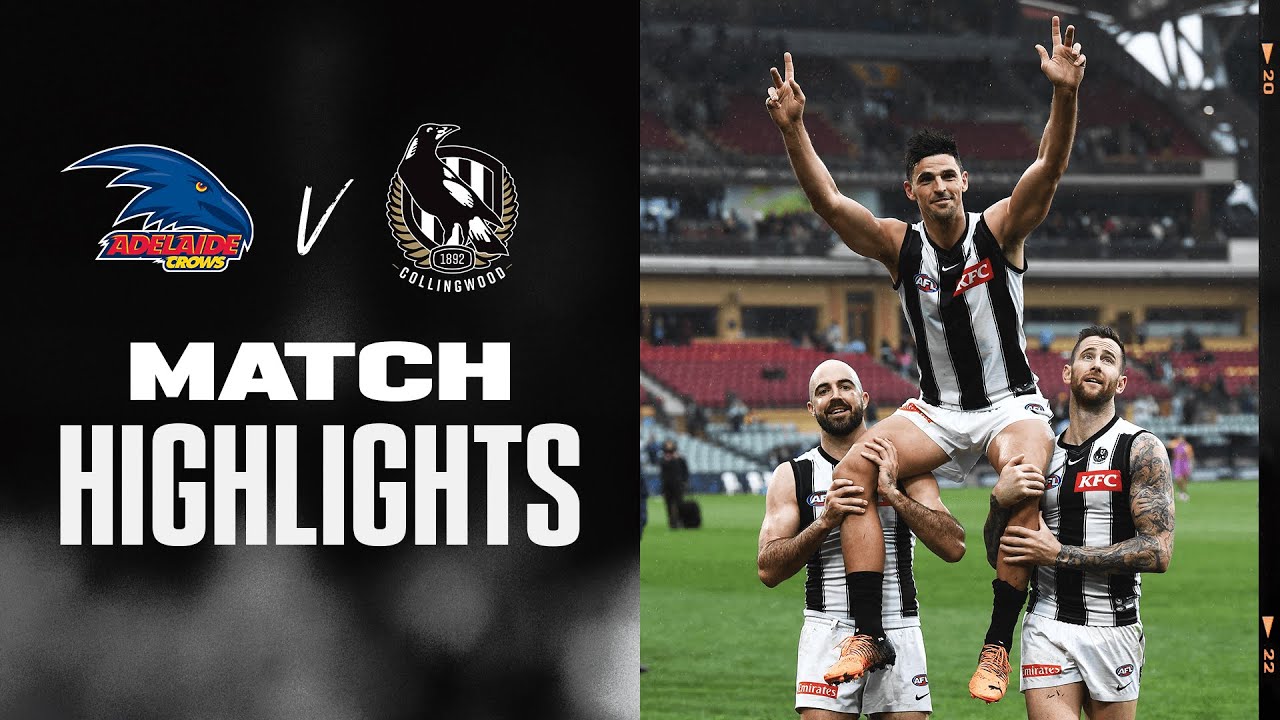 The Brisbane Lions returned to the winners list, defeating GWS 99-59 on Saturday afternoon.

Brisbane made the premiership quarter their own, kicking five goals to one to take a 74-38 three quarter time lead. Brisbane controlled the last quarter, kicking four goals to three to run out 40-point winners in the end.

Brisbane’s 12th win for the year, keeps them in third position on percentage. Next up they face the Gold Coast Suns on Saturday night. GWS face a challenging trip to face Carlton on Sunday afternoon at Marvel Stadium. 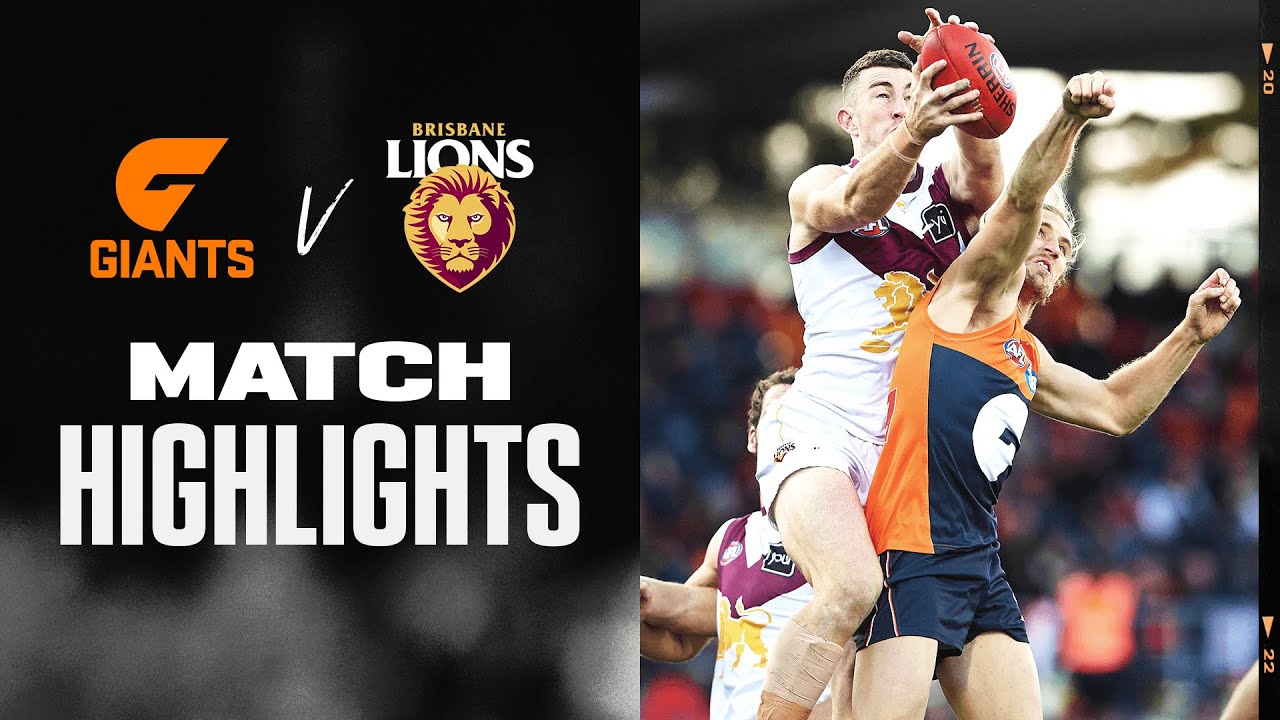 North Melbourne defeated Richmond in a massive upset, with a thrilling 92-88 win on Saturday.

North survived a 32-point comeback attempt, with Cameron Zurhaar the hero with six goals and a late match winner.

North started very brightly, kicking four goals to two in the openning quarter to lead 24-17 at quarter time. North ran riot in the second quarter, kicking six goals to one. As Paul Curtis’ goal after the half time siren gave North a whopping 62-30 half time lead, with one of the season’s big upsets on the cards.

Richmond got the openning two goals of the third quarter before North responded with the next two. Richmond then hit back really hard, kicking two consecutive goals, before Noah Balta’s long range set shot on the three quarter time siren reduced the margin back to just 10-points at the final change. For North’s early dominance, the experienced Richmond drew the margin back to 74-64.

The sides went goal for goal to start the last quarter. Young Ben Miller got Richmond within a kick again with his first goal in footy. Before the experience of Jack Graham gained the lead for the Tigers from 32 down. Up bobbed Zurhaar, who roved the tap from a throw in and snapped the goal to give North the lead again. Jake Aarts had the chance to win it for Richmond, he marked inside 50 but rushed and played on and got tackled, his kick to the square was then rushed through for a behind. As North held firm to get over the line by four-points in one of the upsets of the season, winning game number two after a well deserved top effort against a top 8 contender.

A tough week at North turned into a fairytale, loosing coach David Noble, in their first game under caretaker Leigh Adams it was a special effort to beat a well experienced Richmond side and make their top 8 ambitions all the more challenging. After leading by 32-points, to lose the lead late and still manage to come up with the goods is one of the most admirable stories of the season. It was the end of a 14-game loosing streak and will spark a lot of belief for North Melbourne. Next up they will take on Hawthorn in Tasmania on Saturday. Richmond will host Fremantle at Marvel on Friday night. 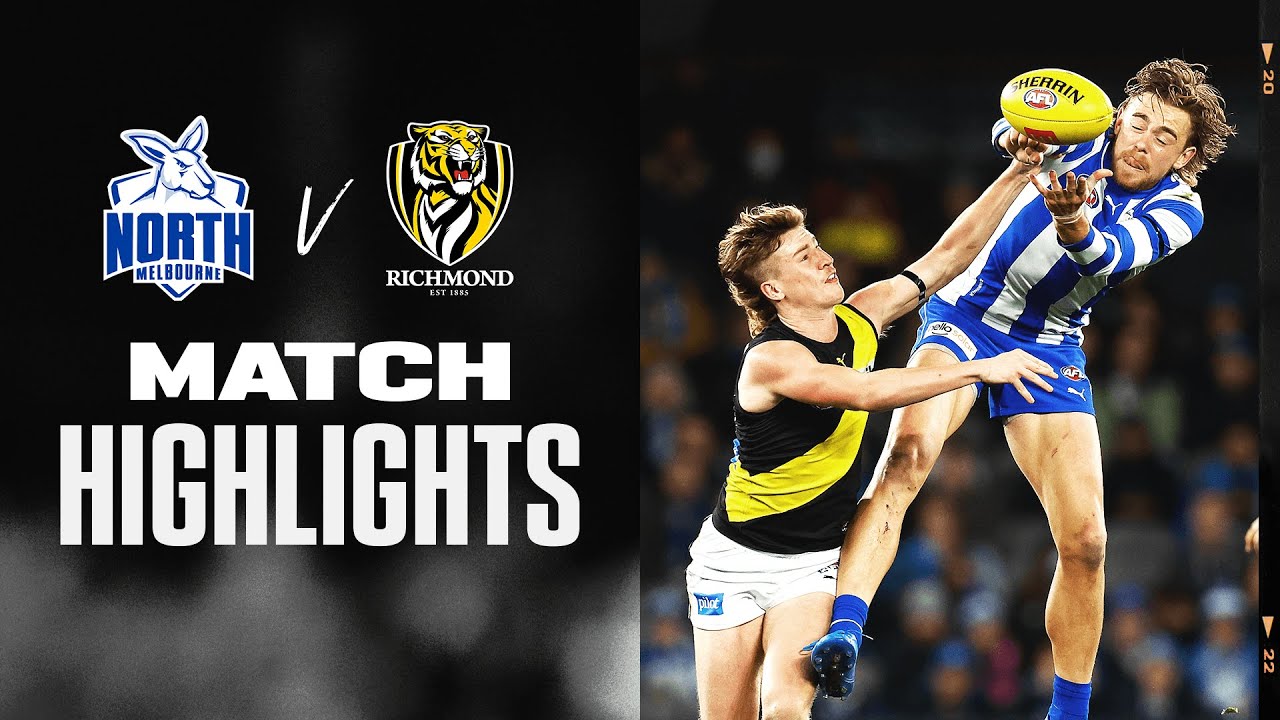 Carlton started brightly, after conceding three of the first four goals, they kicked the last three goals of the first quarter to take a 25-22 quarter time lead. Geelong got the game on their terms in the second quarter, kicking four goals to one to take a 48-31 half time lead.

The premership quarter belonged to the Cats, piling on four goals to one to set up a 68-39 three quarter time lead. Both sides kicked two goals each in the last quarter, as Geelong held out for a 30-point win.

Geelong’s 13th win of the year keeps them on top of the table after 18 rounds. Next up they travel to face Port Adelaide on Saturday evening. Carlton will look to rebound when they face GWS at Marvel on Sunday. 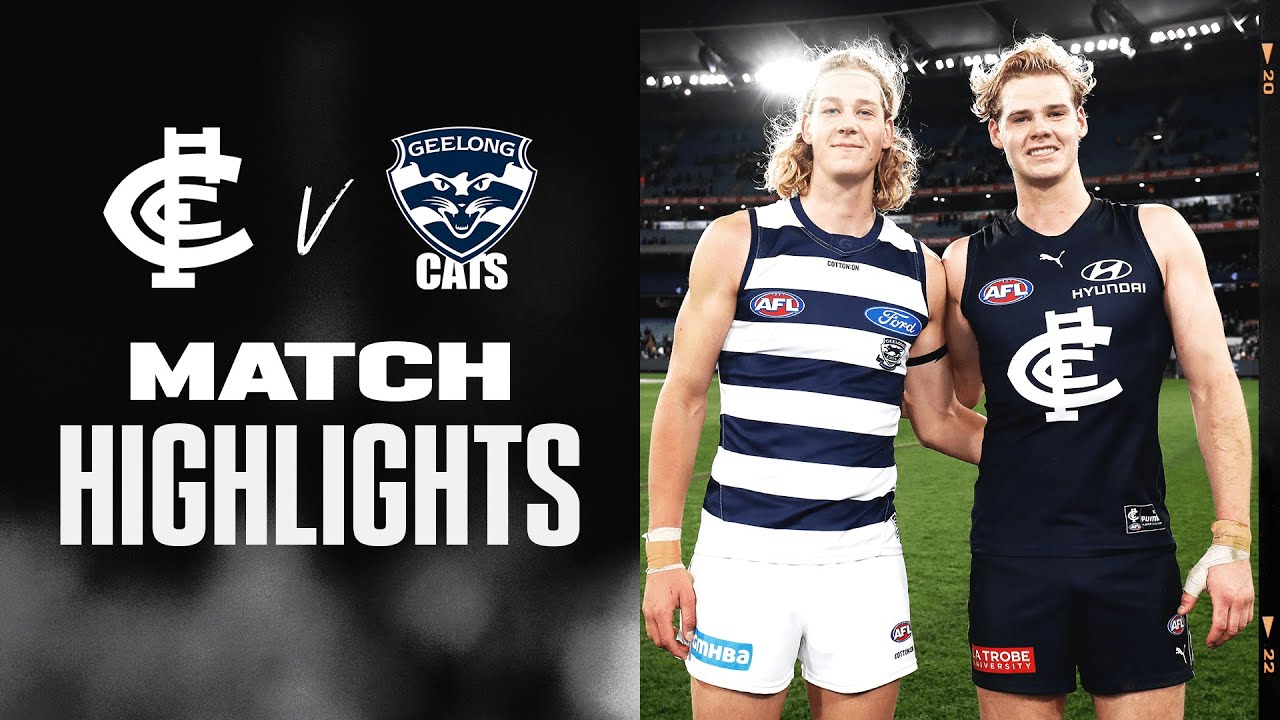 Sydney went over to Perth and defeated the Fremantle Dockers 82-65 on Saturday night.

Sydney hit back hard in the third quarter, kicking the only three goals to take a 48-45 three quarter time lead. Sydney had a massive last quarter, piling on five goals to three to run away with a 17-point upset in Perth.

Sydney’s 11th win for the year, elevating them to sixth positon. Next up they take on Adelaide at the SCG on Saturday afternoon. Fremantle will look to rebound when they travel to face Richmond on Friday night. 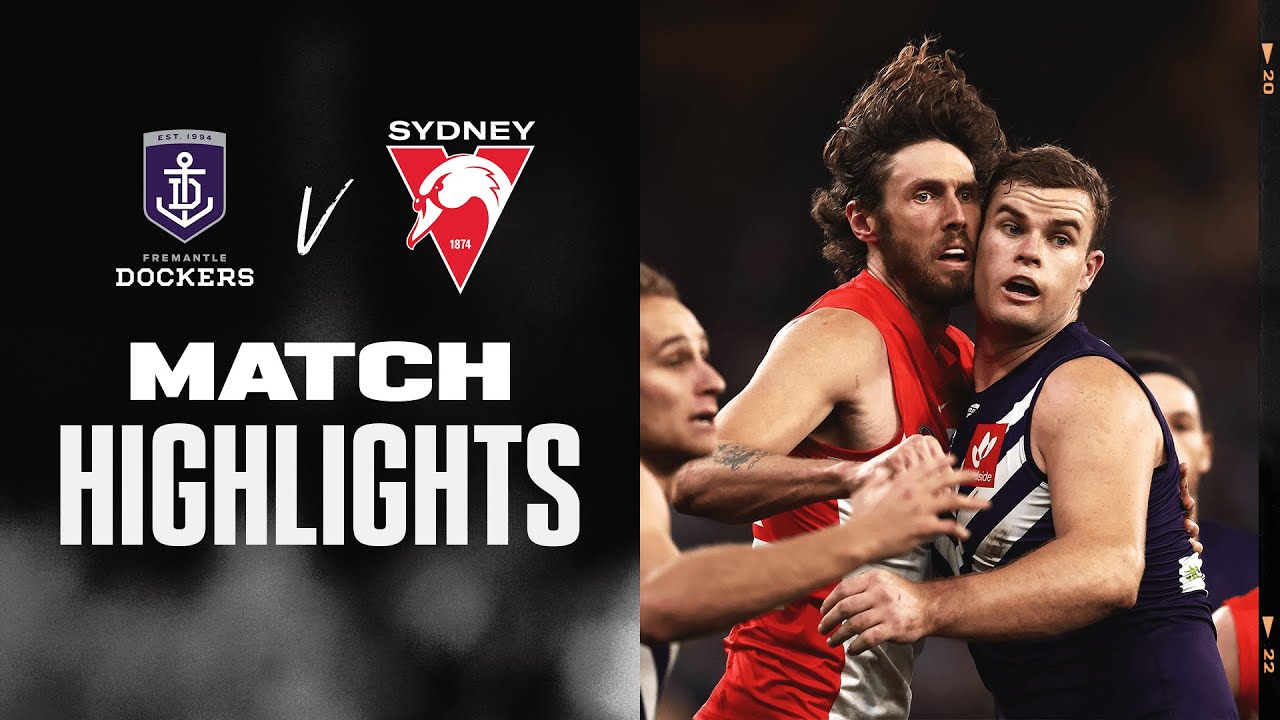 Hawthorn made it back to back wins with a thrilling 102-77 win over West Coast on Sunday afternoon.

West Coast started brightly, kicking four goals to one in the first quarter, leading 26-15 at quarter time. Hawthorn had a strong second quarter, kicking seven goals to three to grab a 57-45 half time lead.

The sides kicked two goals each in the third quarter, as Hawthorn held a 73-59 three quarter time lead. The Hawks kicked four goals to three in the last quarter to come away with a 25-point victory.

Hawthorns sixth win of the season. Next week they will take on North Melbourne to try and make it three wins in a row. West Coast will host St Kilda on Sunday evening. 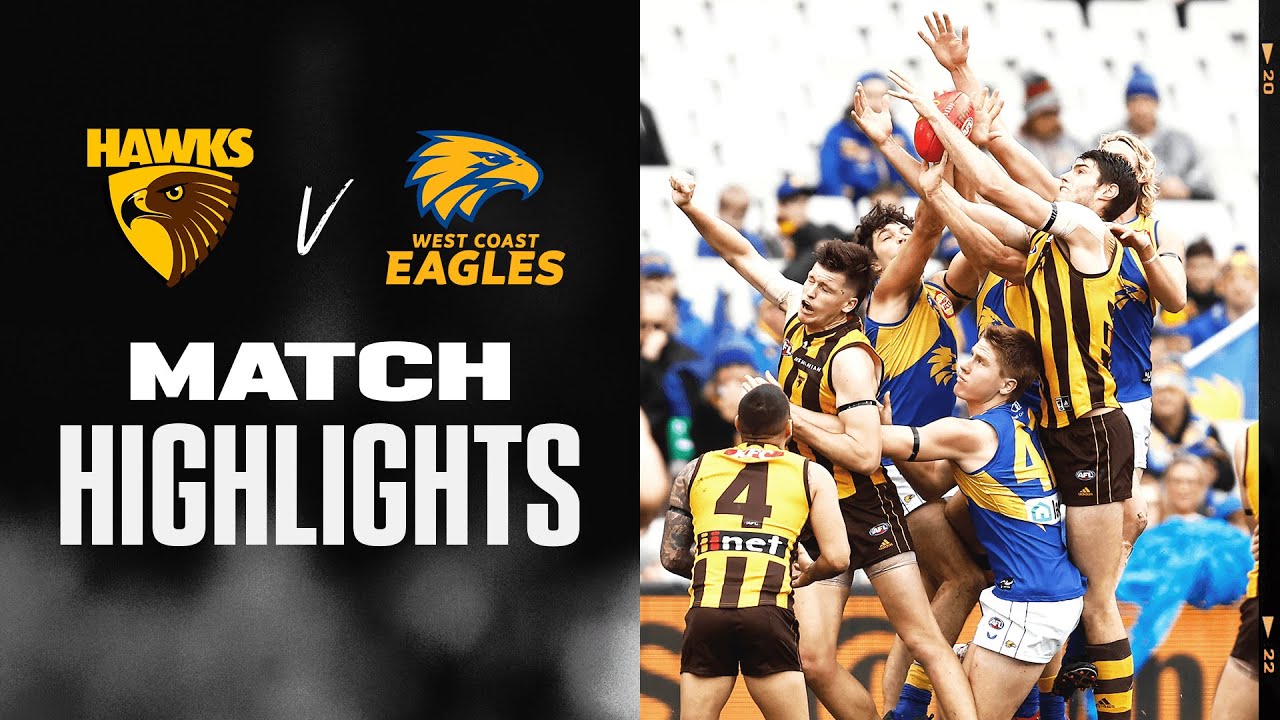 Melbourne got back on the winners list with an 83-69 victory over Port on Sunday afternoon.

Port kicked the only two goals of the first quarter, leading 13-4 at quarter time. Melbourne worked their way back into the game with a five goal to three second quarter, taking a 37-33 half time lead.

It was a close third quarter with Melbourne kicking three goals to two and taking a 58-48 three quarter time lead. Melbourne were good enough in the last quarter to kick four goals to three to hold off Ports challenge to win by 14-points.

The Demons 12th win of the year, gets them equal first on the table, only on percentage off top. Melbourne will take on the Bulldogs at Marvel Stadium on Saturday night. Port will look forward to its challenge of hosting Geelong on Saturday evening. 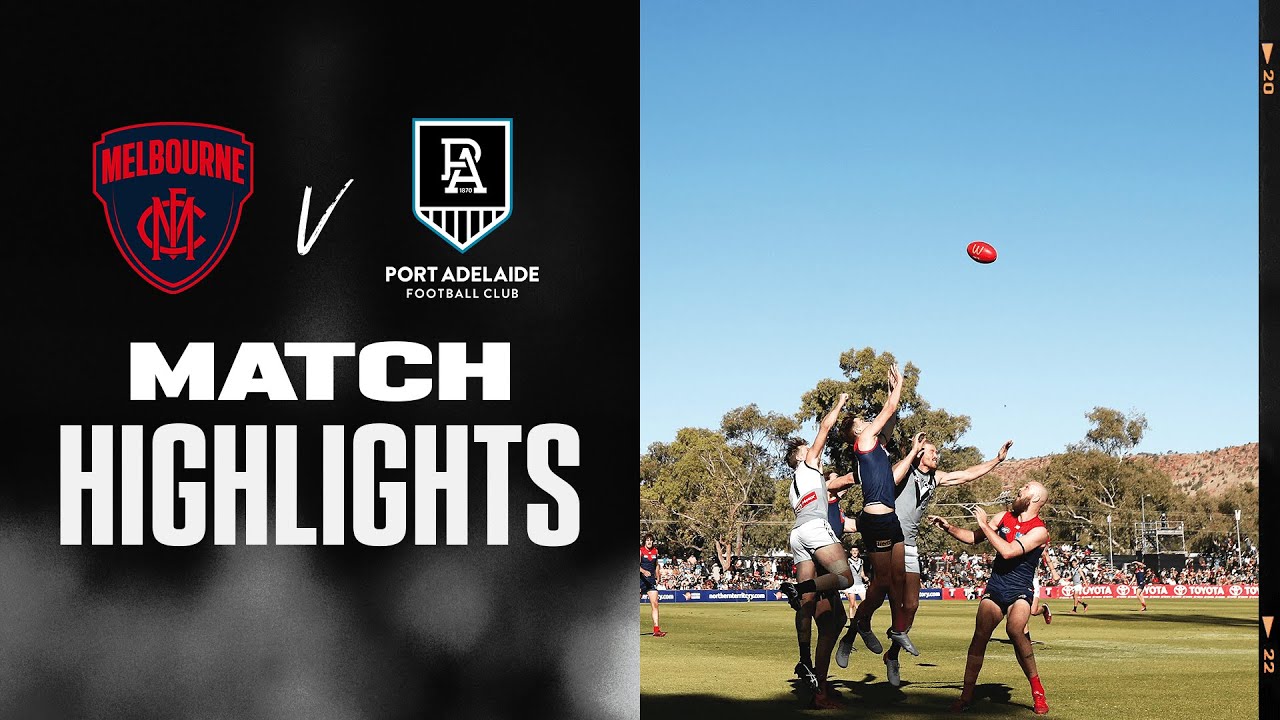 Both sides kicked four goals each in the first quarter, after Essendon got the first four, the Suns got four consecutive late first quarter goals to reduce the quarter time margin to 28-25. Essendon ran riot in the second quarter, kicking five goals to one to take a 64-34 half time lead.

Essendon kicked the only two goals of the premiership quarter, leading 82-36 at the final change. Both sides kicked three goals each in the last quarter, as Essendon made it three wins in a row. With their sixth win of the year they climb to 14th on the table. 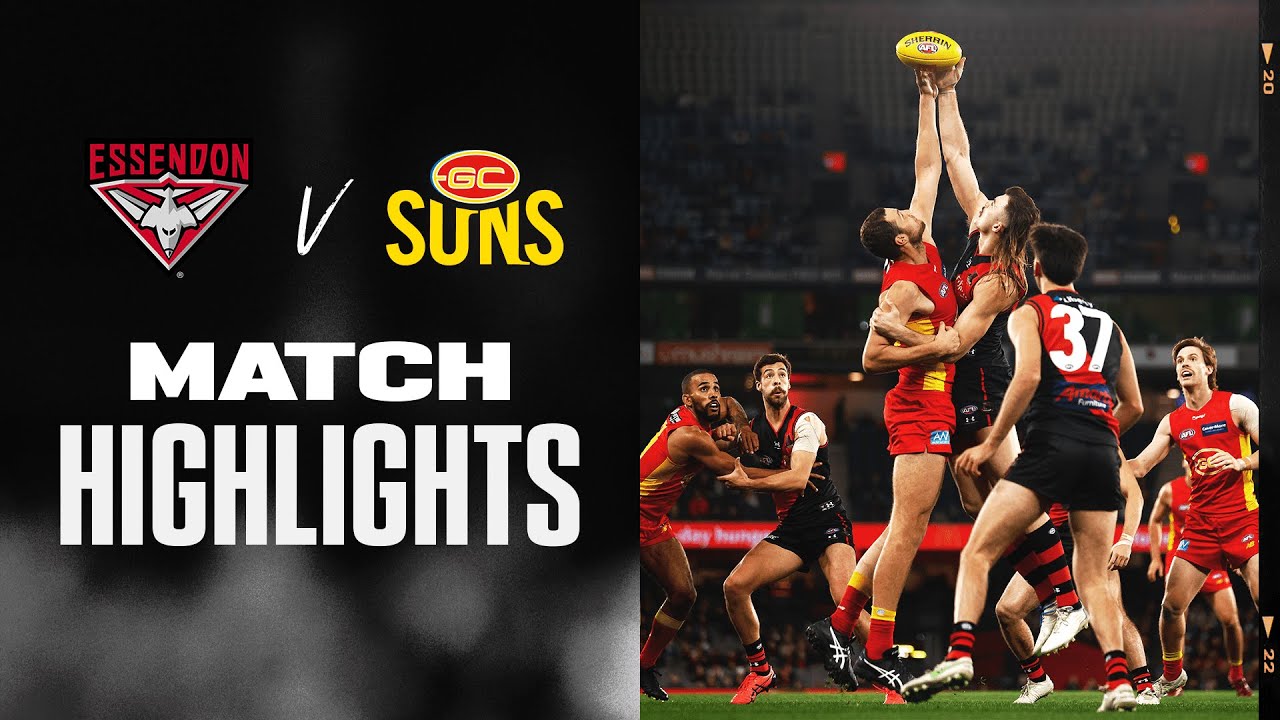