Richmond and Fremantle played out the first draw of the season on Friday night, with a 52-52 final score line. Noah Cumberland marked the ball with a little under one second remaining 50 out from goal, but played on the moment the siren sounded and with the umpire calling play on, he wasn’t allowed to have the kick that could’ve won the game with any score.

Richmond got the only goal of the third quarter, as Richmond lead 46-39 at the final break. Matt Taberner got the openning goal of the last quarter. With the scores level, Shai Bolton regained the lead for the Tigers by a straight kick, before a snap from Bailey Banfield bent back to level the scores late. Richmond through one last role of the dice with seconds remaining, a hack kick forward was marked by Cumberland, but his rush to play on cost Richmond the chance to kick after the siren with any score to win the game. the siren sounded the moment he played on, costing Richmond the chance to win the game.

The shock around the stadium could be heard, much to the boos from Richmond fans. Fremantle lucky to get away with a credible draw away from home. This draw though, cost Richmond a place in the top 8 at the end of round 19, as they drop to 10th. Fremantle also dropped out of the top 4, dropping down to fifth. Richmond look forward to hosting the Brisbane Lions on Sunday at the MCG. Fremantle will host Melbourne on Friday night at Optus Stadium. 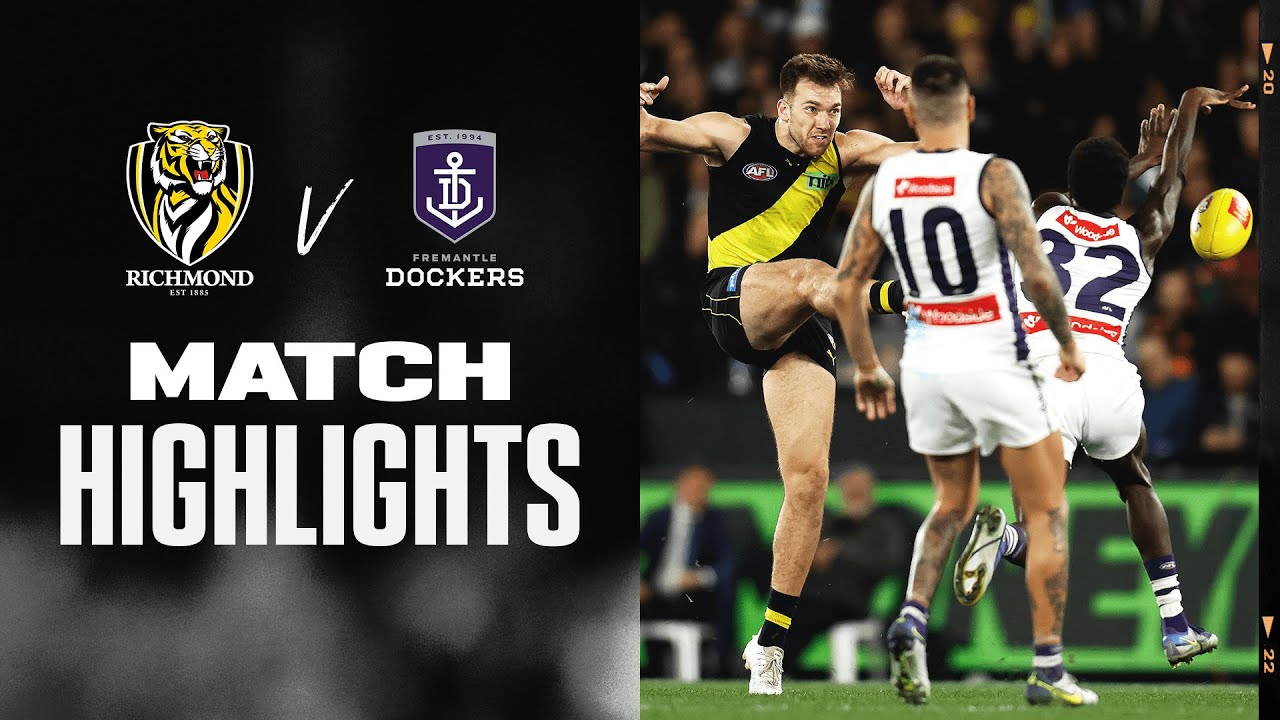 Hawthorn made it three straight wins, with a commanding 121-75 win over North Melbourne, who faced a reality check.

Hawthorn were out of the blocks, kicking the only eight goals of the first quarter, leading 49-3. North kicked two goals to one in the second quarter, with Hawthorn leading at half time 58-17.

The Hawks made the premiership quarter their own, kicking five goals to two, blowing the three quarter time margin out to 89-32. North Melbourne ate into the margin a little in the last quarter, kicking seven goals, but Hawthorn were still good enough with five goals of their own to come away with a 46-point victory.

Hawthorn’s third win in a row and number seven for the year. They face an interesting clash with St Kilda next Saturday. North Melbourne face a challenge in Essendon on Sunday evening. 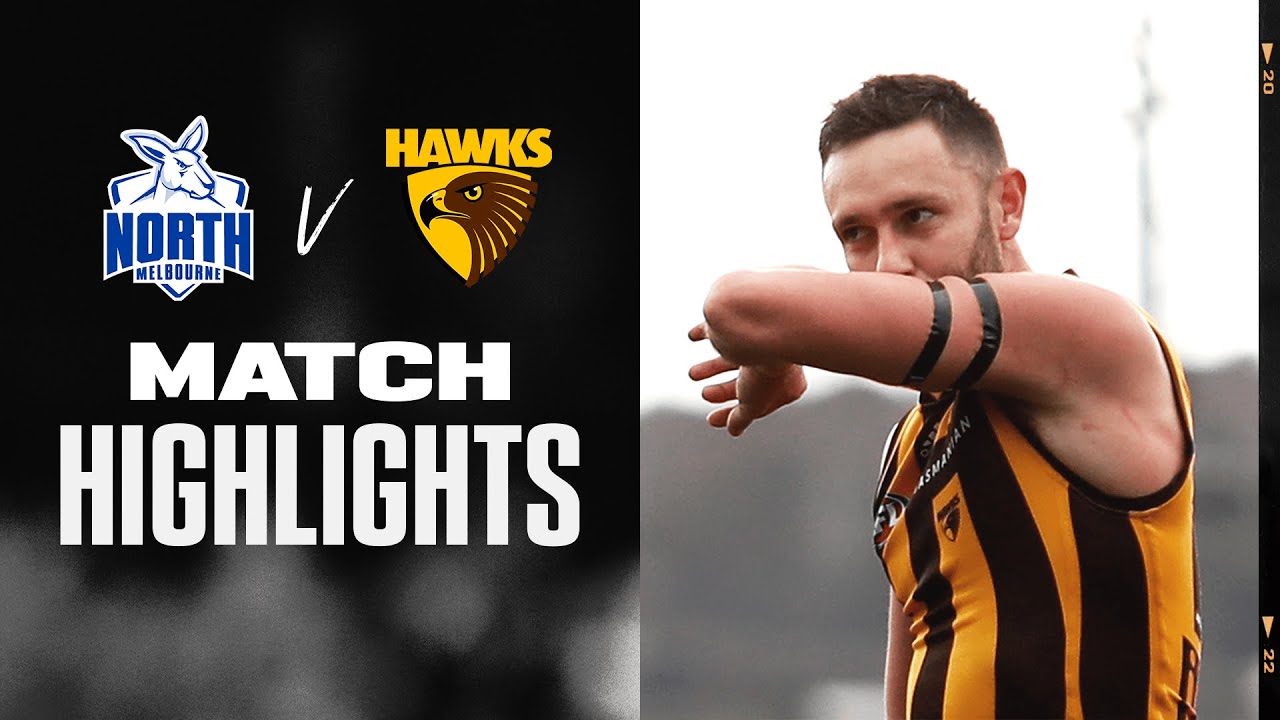 Sydney took care of the Adelaide Crows 118-85 on Saturday afternoon.

It was a mammoth start from the Swans, kicking nine goals to two in the openning quarter to lead 57-15 at quarter time. Adelaide slowly worked their way back into the game in the second quarter, kicking four goals to two as Sydney took a 73-41 half time lead.

The Swans 12th win for the year sees them in sixth position. Next up they will face GWS on Saturday. Adelaide will host Carlton on Saturday night. 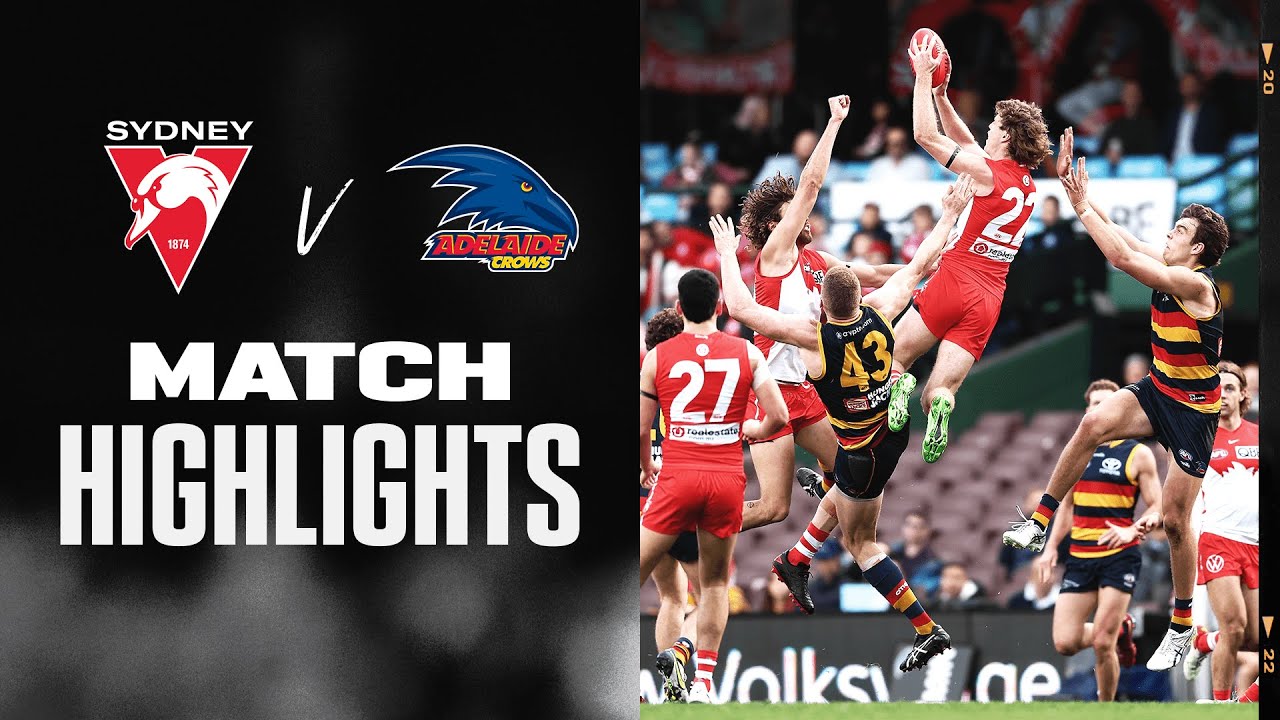 Geelong made it nine straight wins in a thrilling 106-94 win over Port Adelaide on Saturday evening.

Geelong survived a 34-point comeback attempt, to get over the line and maintain top position.

The Cats kicked five goals to four in a hotly contested openning quarter, Geelong lead 31-27 at quarter time. Geelong took the reins in the second quarter, kicking six goals to one, to take a 69-35 half time lead.

Port turned the game around massively in the premiership quarter, kicking eight goals to one to turn a 34-point deficit into an 85-78 three quarter time lead. Geelong proved too good yet again, kicking four goals to one in the last quarter, as Tom Hawkins landed the knockout blow from outside 50.

Geelong survived the comeback to win their ninth straight game in a 12-point thriller that moves them a game clear on top of the table. Next up they will host the Western Bulldogs at their own GMHBA stadium on Saturday night. It gets no easier for Port when they travel to face Collingwood on Saturday afternoon. 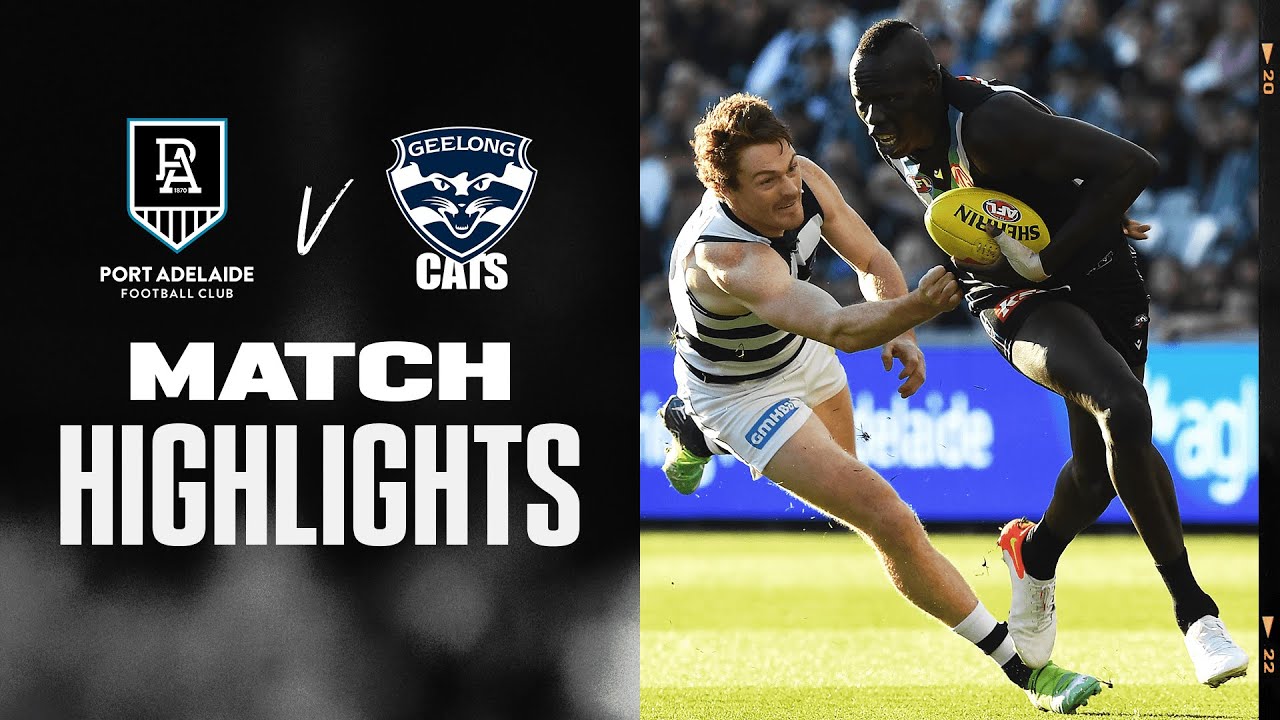 The Western Bulldogs upset Melbourne 110-100 on Saturday night, after a massive comeback.

Melbourne after a slow start kicked six goals to four in the first quarter to lead 39-24 at quarter time. Both sides kicked five goals apiece in the second quarter, Melbourne took a 71-56 half time lead.

The sides kicked three goals apiece in the third quarter, Melbourne led by over 20-points early the third quarter, but the Dogs reduced it to 91-78 at the final change. Jamarra Ugle-Hagan got the opener of the last quarter for the Bulldogs, before Kysaiah Pickett responded for the Demons. It was all the Bulldogs from there. Pulling back the next two goals, before Riley Garcia marked inside 50, played on and bent it through to snatch the lead for the Dogs. Before Ugle-Hagan landed the knockout blow from outside 50 to take Dogs to an unlikely 10-point win to move them into the 8.

The Dogs 10th win of the year, exacting some revenge for the GF loss last year and keeps their season alive and kicking. Next week they face Geelong away from home in what will be another major challenge. Melbourne will look to rebound when they travel to take on Fremantle on Friday night.

The Brisbane Lions got over the Gold Coast Suns 110-93 in a thrilling Q clash on Saturday night.

Brisbane started well, kicking four goals to three in the first quarter, leading 27-19 at quarter time. The Suns lifted massively in the second quarter, kicking five goals to one to take a 51-45 half time lead.

Both sides kicked five goals apiece in the third quarter, Gold Coast taking an 84-77 three quarter time lead. Brisbane hit back in the last quarter to run over the top. Joe Daniher snapping a ripper to level the score. The Lions piled on the next five goals, as Gold Coasts only goal for the last quarter coming after the final siren from Izak Rankine. As the Lions got home by 17-points.

This win is number 13 for the Lions and keeps them in 13th position. They will travel to take on Richmond on Sunday afternoon, looking for their first MCG win since 2014. Gold Coast will host West Coast on Sunday. 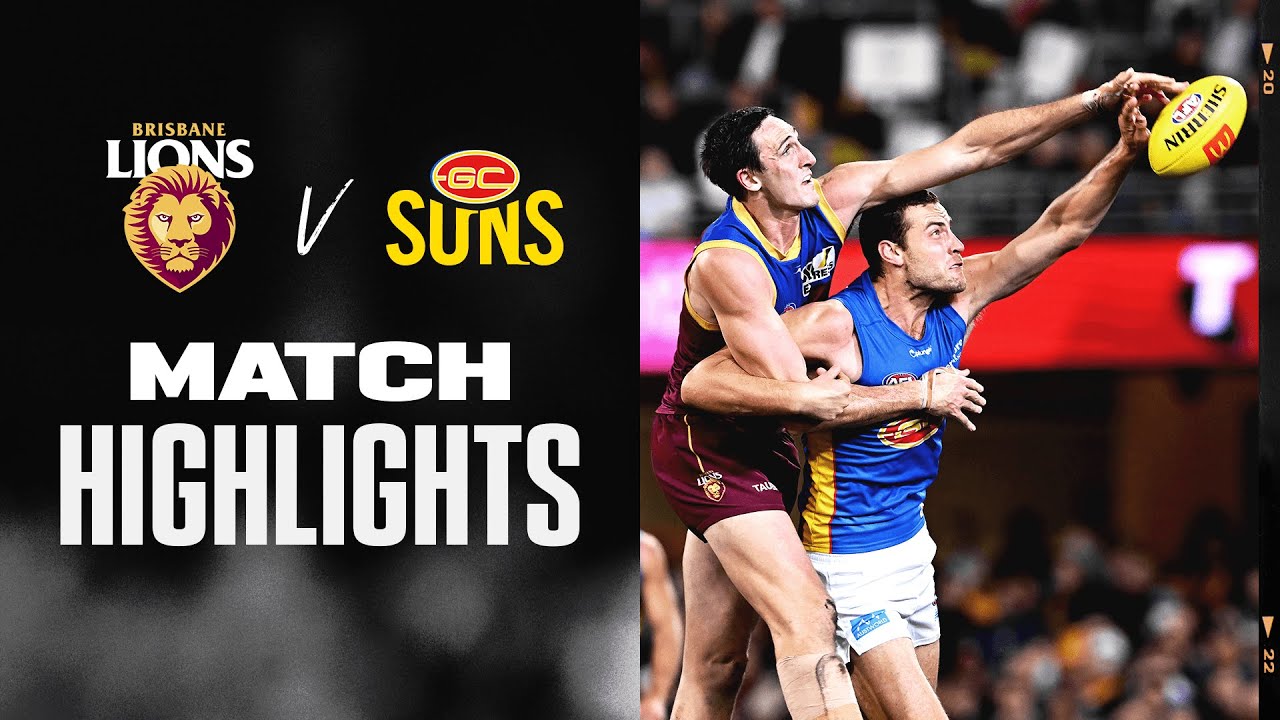 Carlton got the job done 22-12 over GWS on Sunday.

Carlton kicked four goals to two in the first quarter, leading 22-12 at quarter time. If not for inaccuracy, it could have been more. Matt Cottrell kicked two goals for the Blues in the second quarter, but GWS with three of their own goals reduced the half time margin to 36-33.

Carlton took better control of the game in the third quarter, kicking four goals to two and set up a 62-45 three quarter time lead, as Adam Saad took a mark of the year contender a minute out from three quarter time with a massive leap. The Blues leaders stood up, Patrick Cripps nailed the first goal from long range, before Charlie Curnow went back to back. Corey Durdin iced the game with a stunning goal after taking on the defenders and bending it through. Toby Green pulled back a consolation, as the Blues ran out 36-point victors.

The Blues 12th win of the season, keeps them two games clear in seventh. If they can just get a win or two in their last four games, it should see them back in the finals for the first time since 2013. They have a massive chance to continue winning form when they travel to face Adelaide next Saturday night. If they can win, they have their foot in the door of the finals race and are in a very good position. GWS face Sydney on Saturday afternoon. 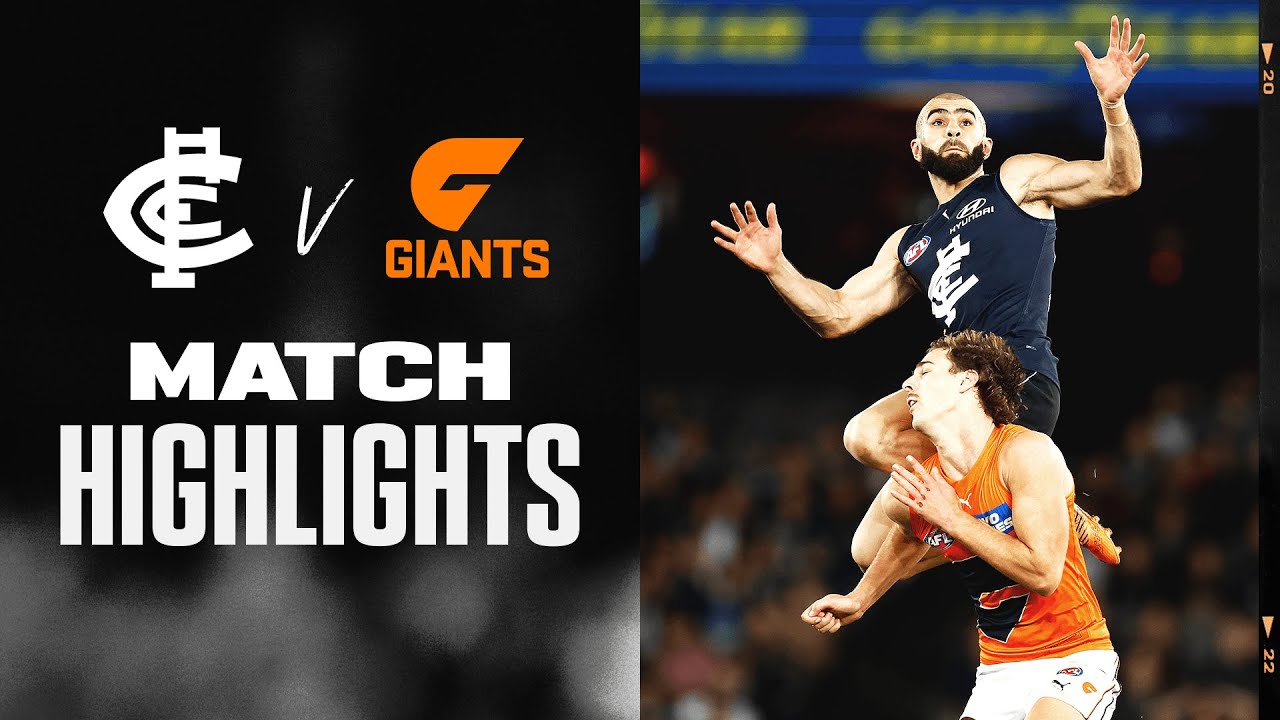 Jamie Elliot became Collingwood’s hero, as he kicked a stunning goal after the final siren to pinch Collingwood an 80-76 thrilling victory over Essendon on Sunday. Collingwood in a close thriller yet again, with their ninth consecutive victory, as they survived a 37-point comeback from Essendon.

Collingwood were out the blocks early, kicking the only six goals of the openning term to lead 38-1 at the openning change. Essendon worked their way back into the contest in the second quarter, kicking five goals to one to reduce the half time margin to 46-33.

Essendon mirrored their second quarter, kicking five goals to one yet again. After the Bombers got the first two for the quarter, Kyle Langford kicked the Bombers third in a row and gave them the unlikeliest of leads. While Brodie Mihocek levelled up the game, two goals from Jake Stringer and Sam Draper gave Essendon a surprising 67-53 three quarter time lead. Matt Guelfi extended Essendon’s lead to 21-points, before the Pies charge back started. Josh Carmichael kicking a much needed one, before Jamie Elliot really got them going with his first goal. Carmichael pulled Collingwood back within two-points with just over eight minutes to play.

Harrison Jones had the chance to wrap up the game for Essendon, with under a minute to go his set shot from inside 50 hit the post gifting Collingwood back the ball and one last role of the dice. Collingwood went the length of the field, Trent Bianco found Elliot 50 meters out on a slight angle, 30 seconds to play. As he came into take his kick, the final siren was sounding as he put the ball to his boot, his kick from 50 out on a tough angle swung back through the middle, Collingwood players and supporters erupting in jubilation and getting around him.

Collingwood with their ninth straight win, survive one of the biggest comeback attempts of the year, they won a close one yet again. As win number 13 puts them into the top four. Next up, Collingwood will host Port Adelaide on Saturday afternoon. Essendon will look to rebound when they host North Melbourne on Sunday evening. 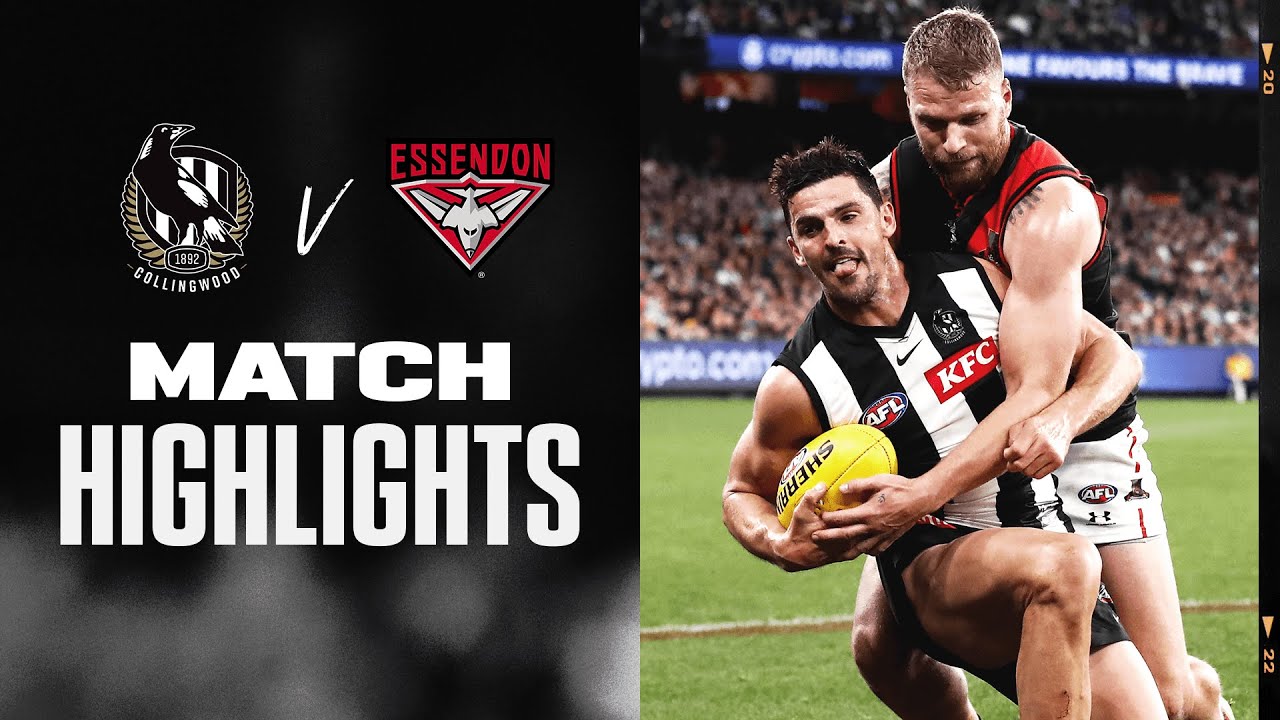 St Kilda kept their season alive with a 90-62 win over West Coast on Sunday evening.

St Kilda kicked the openning two goals before West Coast kicked the final three goals of the first quarter to lead 19-14 at quarter time. It was a very high scoring second quarter, St Kilda kicking seven goals to four to grab a 59-43 half time lead.

West Coast kicked two goals to one in the third quarter, reducing the three quarter time margin to 65-56. St Kilda controlled the last quarter, kicking four goals to one to run away in the end by 28-points.

St Kilda’s 10th win of the year gets them level with the 8, only outside on percentage. Next up they will host Hawthorn on Saturday afternoon. West Coast will travel to face the Gold Coast Suns on Sunday afternoon. 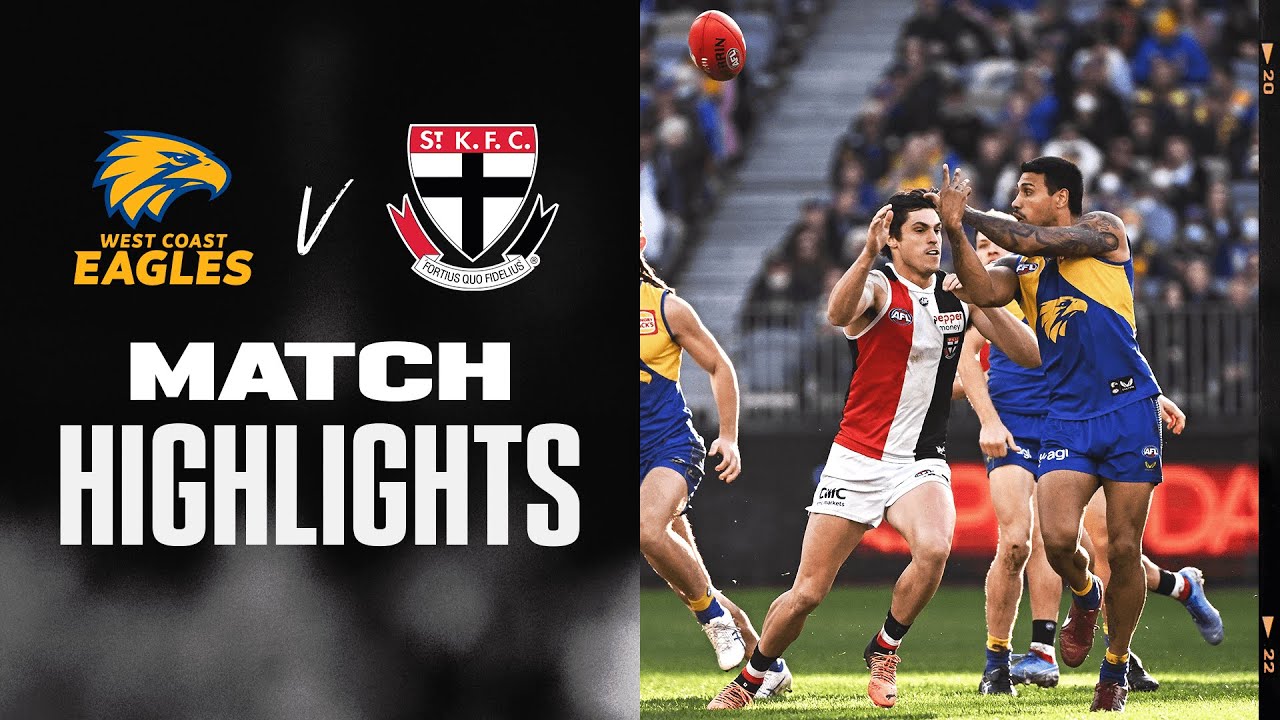