Collingwood made it 11 straight wins, in one of the games of the season, defeating Melbourne 96-89 on Friday night.

The lead fluctuated multiple times in the last quarter, with five lead changes. With Ash Johnson kicking the decisive winner late for Collingwood. The ball ended in the hands of Jack Crisp as the siren went as the Collingwood fans went wild.

Collingwood had to fight from behind to win another close thriller yet again. It was a high scoring first quarter, Melbourne kicking six goals to five to lead 38-30 at quarter time. Melbourne kept up the pressure in the second quarter, kicking four goals to three to lead 67-50 at half time.

Collingwood hit back hard in the premiership quarter, kicking three goals to one to reduce the three quarter time margin to 77-70. Jamie Elliot reduced the margin to one-point, before Johnson marked and put Collingwood in front for the first time since the first quarter. Ben Brown regained the lead for Melbourne from outside 50, before Josh Daicos off one step put Collingwood back in front. Melbourne hit back yet again, straight out of the centre Alex Neal-Bullen kicked the goal to regain the lead for Melbourne. Johnson recieved a free kick for a shove 20 from goal, lined up and kicked what would prove to be the match-winning goal for Collingwood. As Crisp intercepted the Melbourne attempted kick out and held the ball with under 20-seconds left. As the final siren sounded, Collingwood a goal in front as their fans and players erupted, Crisp missed the set shot as Collingwood made it 11 straight wins in possibly the game of the year by seven-points.

Collingwood’s 15th win of the year, moves them into second place with two games remaining. They have been exceptional the last 11 wins, winning a number of close contests and always finding a way. They will travel to face the Sydney Swans on Sunday. Melbourne will host Carlton at the MCG on Saturday night. 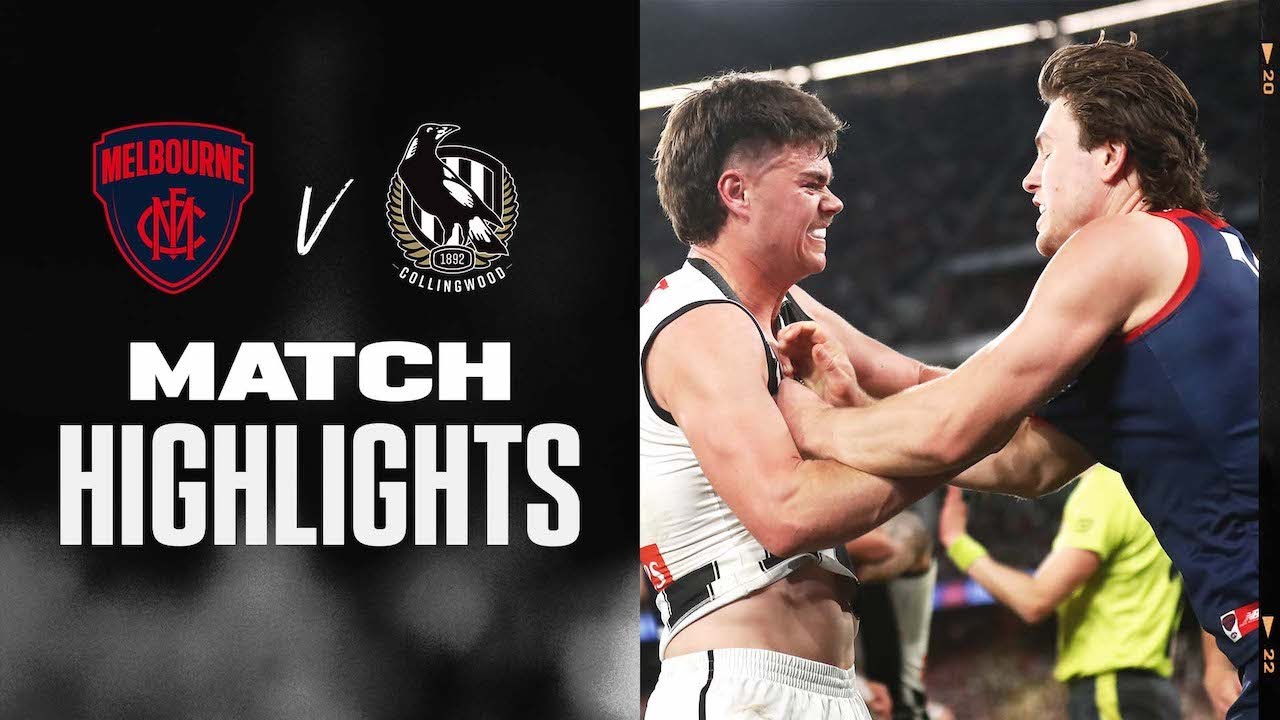 Hawthorn kicked three goals to two in the openning quarter to lead 23-15 at quarter time. The Hawks kept up the pressure in second quarter, kicking five goals to three to take a 56-35 half time lead.

The sides kicked two goals each in the third quarter, Hawthorn taking a 69-52 three quarter time lead. Nick Holman kicked the only goal of the last quarter, and if the Suns had been more accurate, they could have won this one. But Hawthorn held on for a seven-point victory.

The Hawks held on for win number eight for the year, moving up to 13th. They will face Richmond at the MCG on Sunday. Gold Coast will host Geelong on Saturday evening.

GWS defeated Essendon in a close contest in the end 96-69 on Saturday afternoon.

The Giants sixth win of the year, as they reaming three games clear in 16th position, the bottom two are now decided. GWS will travel to face the Western Bulldogs on Saturday afternoon. Essendon will host Port Adelaide on Sunday evening.

The Dockers started positively, kicking five goals to three in the first quarter to lead 31-22 at quarter time. Freo had a strong second quarter, kicking four goals to two to take a 58-35 half time lead.

Both sides kicked four goals each in the third quarter, with Fremantle holding an 86-63 three quarter time lead. Despite the Bulldogs kicking two goals to one in the last quarter, it wasn’t good enough as the Dockers were able to run out 17-point winners.

It was a strong start from the Cats, kicking six goals to three in the openning quarter to set up a 40-18 quarter time lead. St Kilda hit back hard in the second quarter, kicking four goals to two to reduce the half time margin to 53-43.

The Cats went on the charge in the second quarter, kicking the only four goals to get out to a 79-46 three quarter time lead. Geelong controlled the last quarter, kicking five goals to three to run out 45-point winners in the end.

Geelong’s 11th straight victory keeps them a game clear on top with 16 wins so far. It is hard to see them dropping their last two games. They will travel to face Gold Coast next Saturday afternoon. While the Saints finals hopes are starting to become in jeopardy, this loss dropping them out of the eight. They will desperately want to cause an upset when they host the Brisbane Lions on Friday night, as if they lose and results don’t go their way, making finals could prove too much.

Richmond climbed into top eight with a 109-71 win over Port Adelaide on Saturday night.

They went to Adelaide on a mission, and were on the front foot right from the start, kicking four goals to three in the openning quarter to lead 28-19 at quarter time. Both sides kicked three goals each in the second quarter, as Richmond took a 48-40 half time advantage.

The premiership quarter belonged to the Tigers, as they piled on seven goals to three to set up a massive 94-60 three quarter time lead. Richmond kicked two goals to one in the last quarter to run away in the end by 38-points.

This win, number 11 for the Tigers moving them into eighth position. Next week they will look to keep that spot or move up depending on other results, when they host Hawthorn on Sunday afternoon. Port Adelaide will travel to face Essendon on Sunday evening.

Sydney maintained charge in the premiership quarter, kicking six goals to three 99-53 three quarter time lead. Despite North kicking five goals to four in the last quarter, Sydney were always in control as they cruised to a 38-point victory.

The Swans 14th win for the year, keeping them in the top four. They will look forward to their biggest clash and challenge of the season, when they host Collingwood on Sunday afternoon. North Melbourne will travel to face the Adelaide Crows on Saturday afternoon. 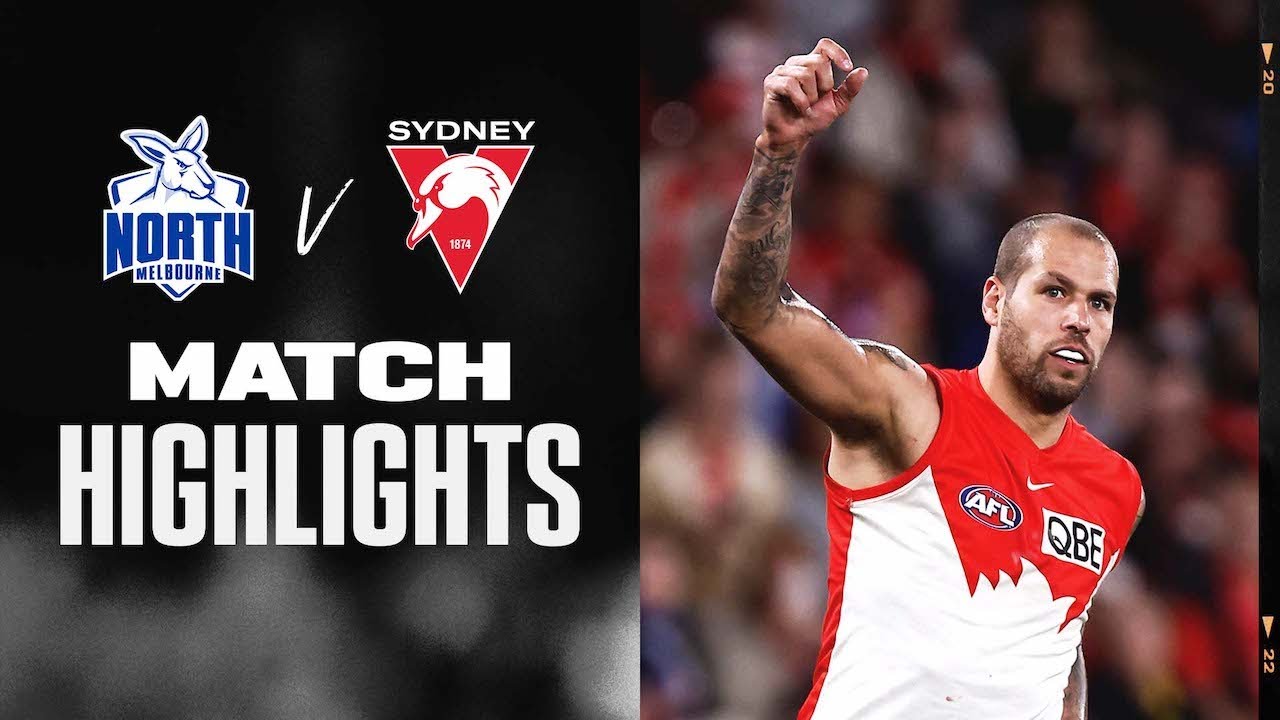 It was a hot start from the Lions as they kicked the openning four goals in the first quarter, leading 30-1 at quarter time. It could have been a lot more if not for some inaccurate kicking. Brisbane got the openning goal of the second quarter, before the Blues appeared to be back in it, as they pilled on the next three goals in quick succession to reduce the margin back to 18-points. The Lions weren’t rattled for long though, as they kicked the last three goals of the second quarter to get out to a 57-22 half time lead.

It was all Brisbane in the premiership quarter, as they pilled on five goals to one to send the three quarter time margin out to a whopping 89-32. Notably, majority of Carlton supporters had headed for an early exit from the gabba. But, Carlton made a huge attempt at the unlikeliest comeback of the year, as they kicked the openning six goals of the last quarter, to turn a three-quarter time deficit of 57-points into a margin of only 22-points. Before Daniel McStay responded for the Lions. Carlton kept coming, Corey Durdin kicked one of the goals of the year from the boundary, and Matt Owies reduced the margin to as close as Carlton had been all day, just 15-points. But the Lions with the last three goals of the game ensured they would not fall to the challenge of the Blues comeback attempt, with the final margin of 33-points being a true reflection on the game.

Brisbane’s 14th win of the season sees them in fifth position with two games to play. They will travel to face St Kilda on Friday night. Whilst the Blues finals chances are hanging by a thread, two very tough opponents to come in Melbourne and Collingwood. If they as expected can’t win these two games, due to a lot of injuries and the two week suspension to Patrick Cripps, a lot of results will have to go their way if they are to break a nine-year finals draught. 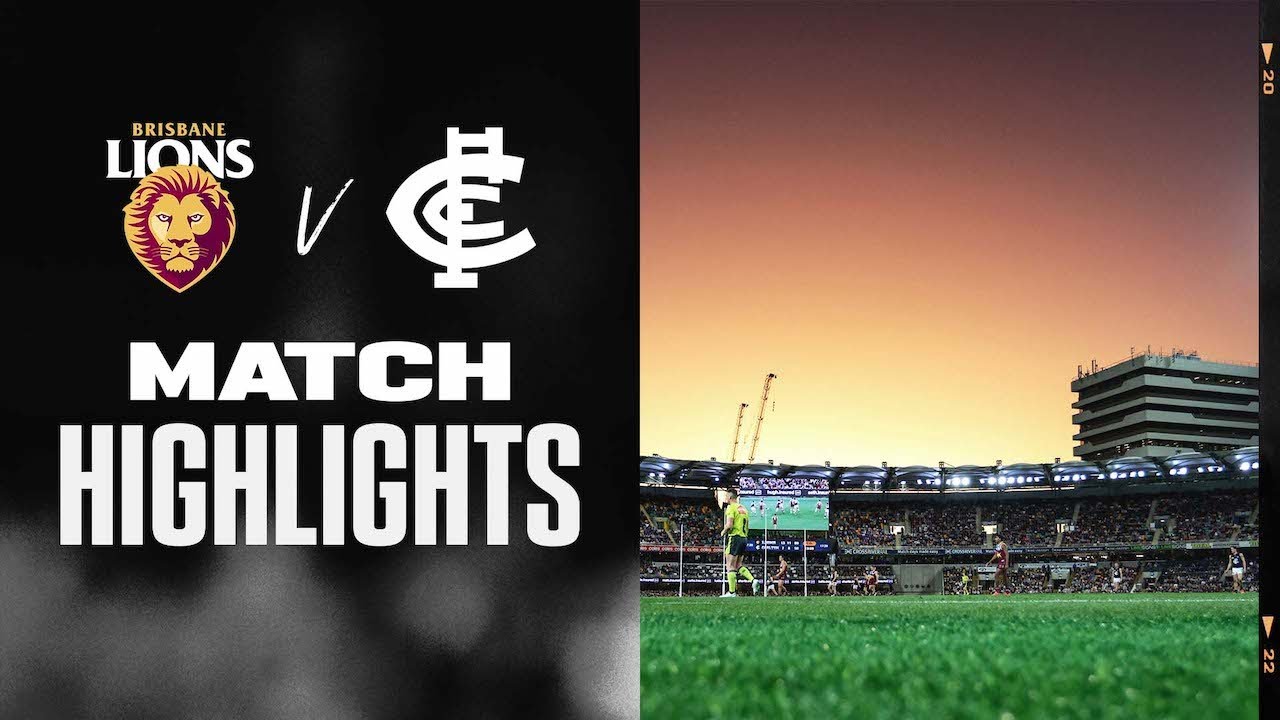 Adelaide defeated West Coast 102-86 on Sunday evening. In Josh Kennedy’s last game, he kicked eight goals, but it wasn’t good enough to get his side over the line.

Adelaide controlled the premiership quarter, kicking five goals to two, taking a 76-59 three quarter time lead. The Eagles got the openning two goals of the last quarter before the Crows responded through Darcy Fogarty. Josh Kennedy and Darcy Forgarty went goal for goal for the next three goals, as West Coast found themsevles within five-points late. Goals from Elliot Himmelberg and Forgarty again ensured back to back Crows victories. As the Crows celebrated Rory Laird’s 200th with a 17-point victory and despite the efforts of Kennedy to kick eight goals in his last game, his side still went down.

Adelaide’s seventh win of the year as they move up to 15th. Next week they have the chance to make it three straight wins when they host North Melbourne on Saturday. West Coast will face Fremantle in the Perth Derby on Saturday night. 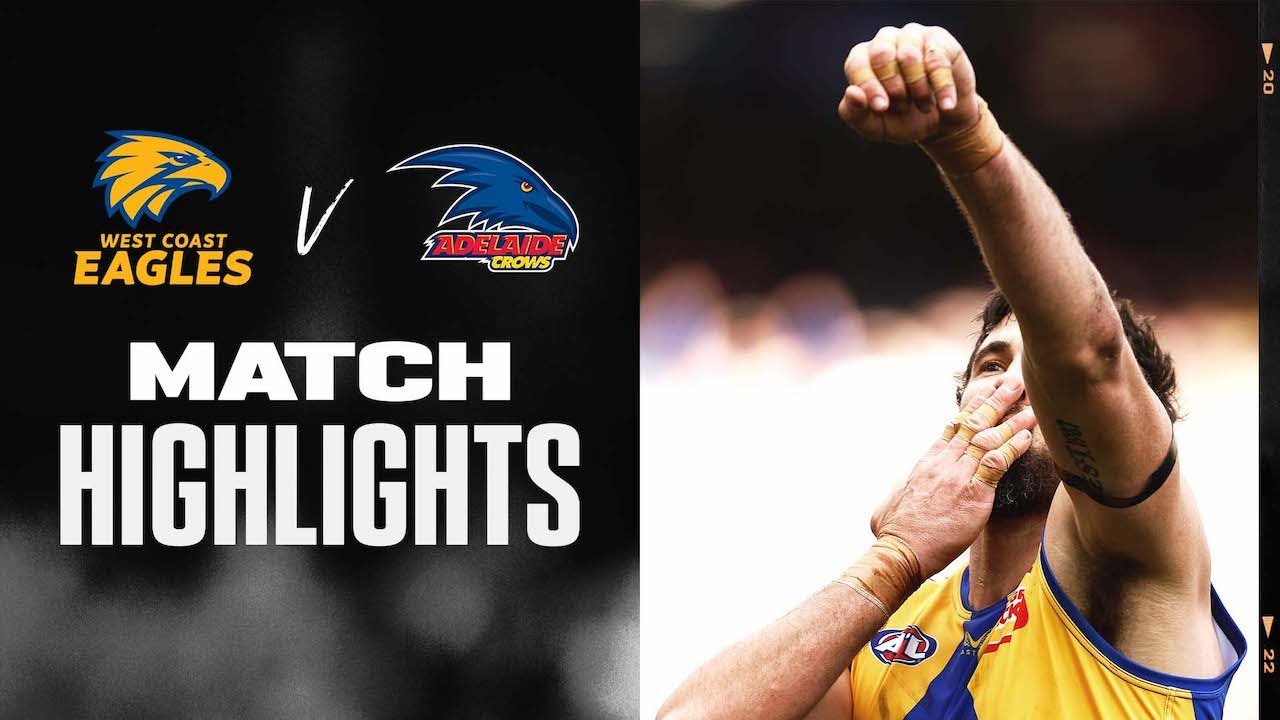