Melbourne claimed second position, in a 115-57 demolition of the Brisbane Lions on Friday night.

There was a lot on the line and a lot of repercussions for the loser, as this loss saw Brisbane drop from third down to sixth. It was Melbourne on the front foot right from the off, kicking six goals to one in the first quarter, taking a 38-7 quarter time lead. They built on it massively in the second quarter, kicking another seven goals to one. A shell shocked Gabba saw the Demons leading the Lions a whopping 81-15 at half time.

Melbourne kept up the heat in the third quarter, kicking four goals to three, to take a 106-36 three quarter time lead. Melbourne took the foot off the gas in the last quarter, as Brisbane kicked three goals to one, reducing the final margin to 58-points.

Melbourne silenced a Brisbane crowd to take second place on the ladder at the end of the home and away season. With a total of 16 wins, Melbourne come in second and will take on the Sydney Swans in the Qualifying Final at the MCG on Friday 2 September. Brisbane dropped to sixth position, with a 15-7 record, they will look forward to hosting Richmond in the Elimination Final on Thursday 1 September at the Gabba. 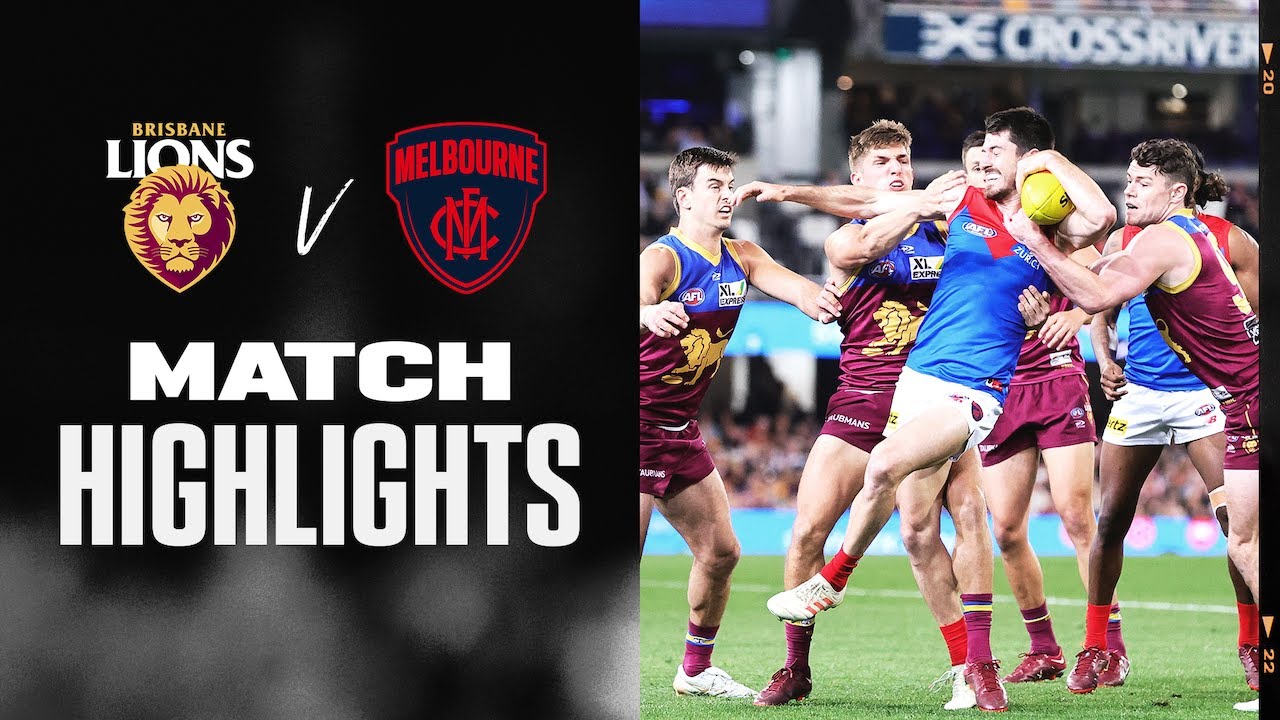 Fremantle survived a scare from GWS, to defeat them 89-69 to finish in fifth position.

Fremantle made their move in the third quarter, kicking three goals to take a 56-55 three quarter time advantage. As David Mundy gave his side a point advantage after the three quarter time margin. Fremantle got the opening goal of the last quarter through Andrew Brayshaw, GWS regained the lead through a double from Jacob Hopper. Before a long bomb from Jordan Clark re-gave the Dockers the lead. Fremantle went on to kick the next three goals to seal a 20-point win.

Due to other results, Collingwood took over Fremantle’s top four finish, as Fremantle finished their season in fifth with 15-wins. They will host the Western Bulldogs in the Elimination Final on Saturday September 3 at Optus Stadium. 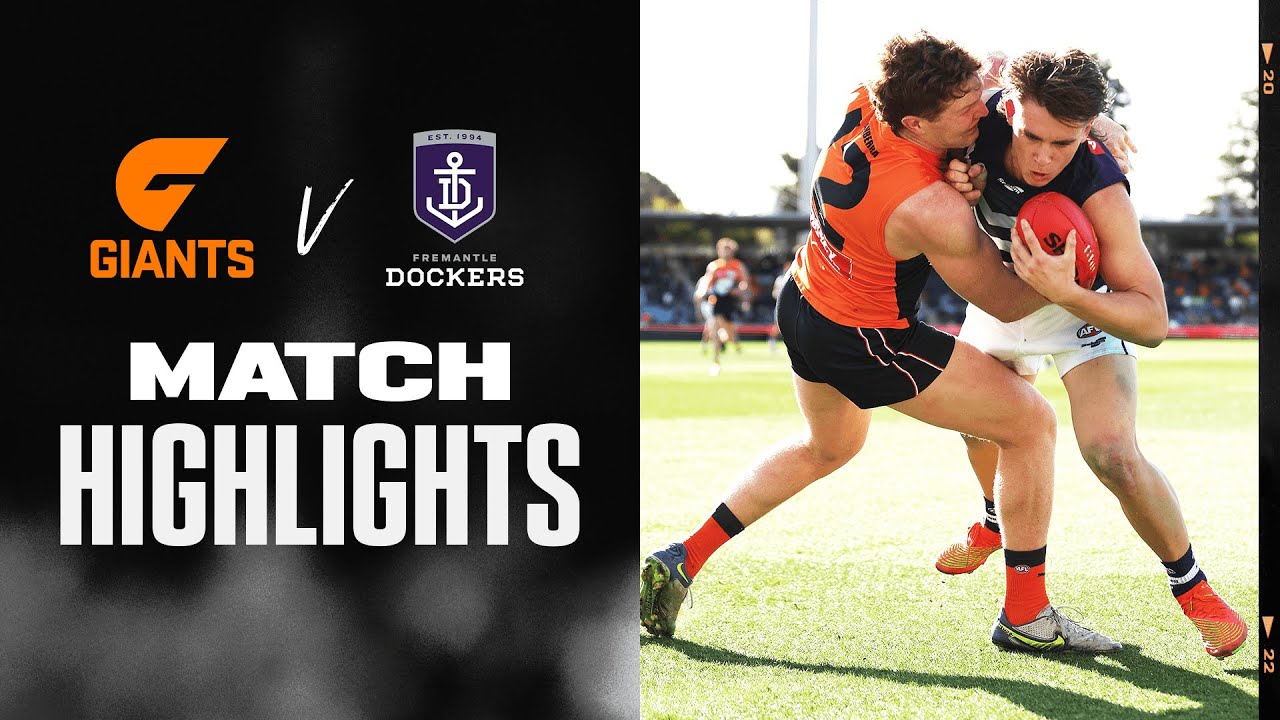 It was the Suns right from the output, kicking four goals to one in the first quarter to lead 26-11 at quarter time. Both sides kicked two goals each in the second quarter, with Gold Coast leading 44-24 at quarter time.

Gold Coast dominated the premiership quarter, kicking six goals to two to open up an 84-39 three quarter time lead. The Suns ran away with it in the last quarter, kicking four goals to one to run away by 67-points in the end.

The Suns ending their season in 10th position, in a reasonable season with a 10-12 record. North’s torrid season at long last came to an end, as they got their second consecutive wooden spoon, with a 2-20 record. Their only highlight of a dismal season realistically was when they upset Richmond by four-points in round 18. But from a rough season comes a fair bit of hope for the future, Alistair Clarkson to take the reigns on a five-year deal to try and lead the club out of the darkness. They will approach the off-season to begin the rebuild very strongly. 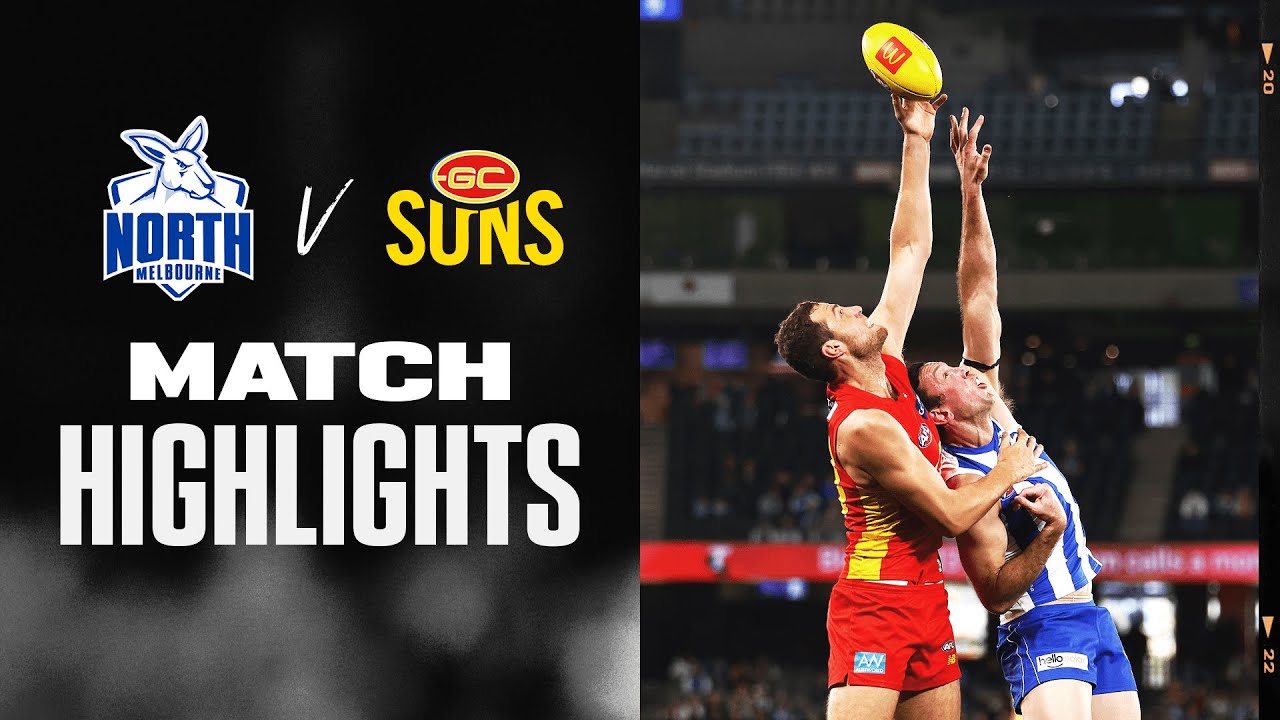 Geelong destroyed West Coast 131-46 on Saturday afternoon, with the Minor Premiership secured already, it was simply a dress rehearsal training drill for the finals.

Geelong kicked three goals to two in the third quarter to take a 102-40 three quarter time lead. The Cats ran away with it in the last quarter, kicking four goals to one to run away with an 85-point victory in the end.

The Cats claimed the Minor Premiership, with 13-consecutive wins, ending the home and away season with an 18-4 record. Not dropping a game since round nine. They will face Collingwood in a huge qualifying final on Saturday September 2 at the MCG. West Coast have had their worst season since 2010, coming in 17, avoiding the wooden spoon only on percentage with a 2-20 record. 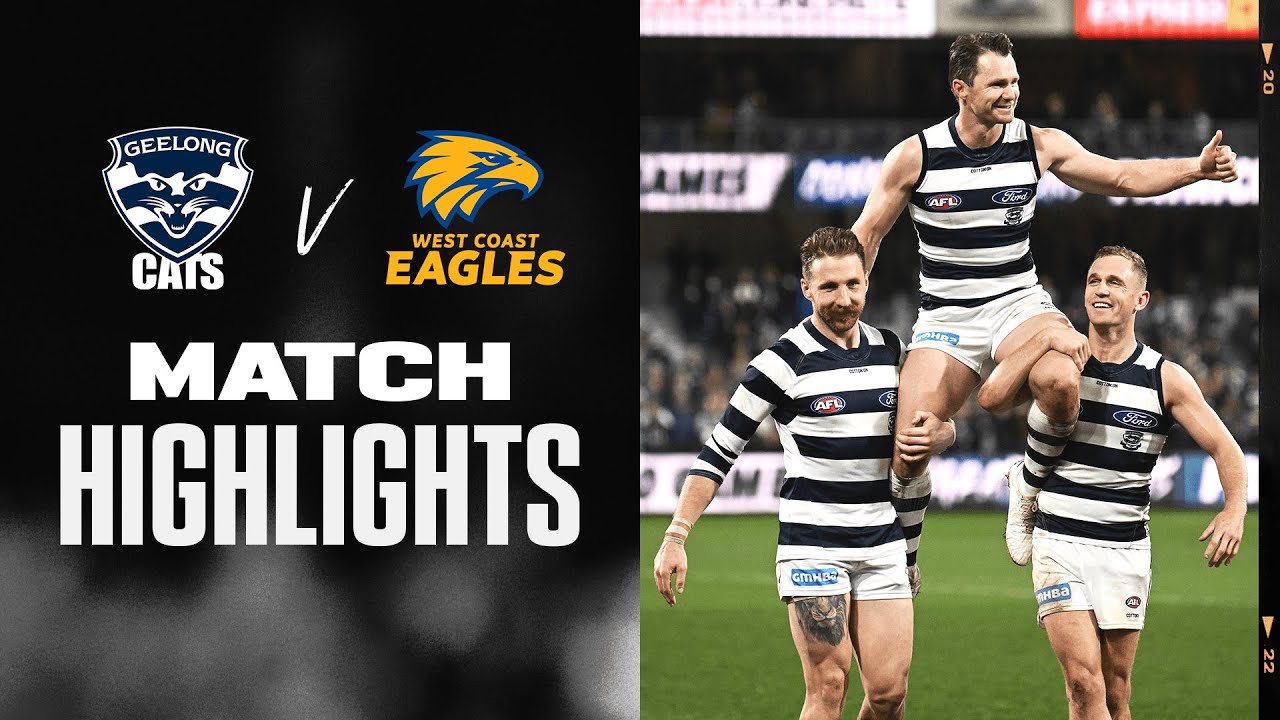 Richmond claimed seventh position with a 141-75 win over Essendon on Saturday night.

Richmond started strongly, kicking six goals to three in the first quarter to take a 39-20 quarter time lead. Both sides kicked four goals each in the second quarter, as Richmond took a 67-48 half time lead.

The Tigers controlled the premiership quarter, kicking six goals to two to take a 106-62 three quarter time lead. Richmond finished the game with momentum, kicking five goals to two in the last quarter to take the win by 66-points. Michael Hurley finished his career off with a late goal as his team mates got around him.

Richmond’s 13th win of the year sees them finish in seventh position. They will travel to Brisbane for an elimination final. While Essendon finished in 15th with a 7-15 record, seeing Ben Rutten’s time as coach come to an end. 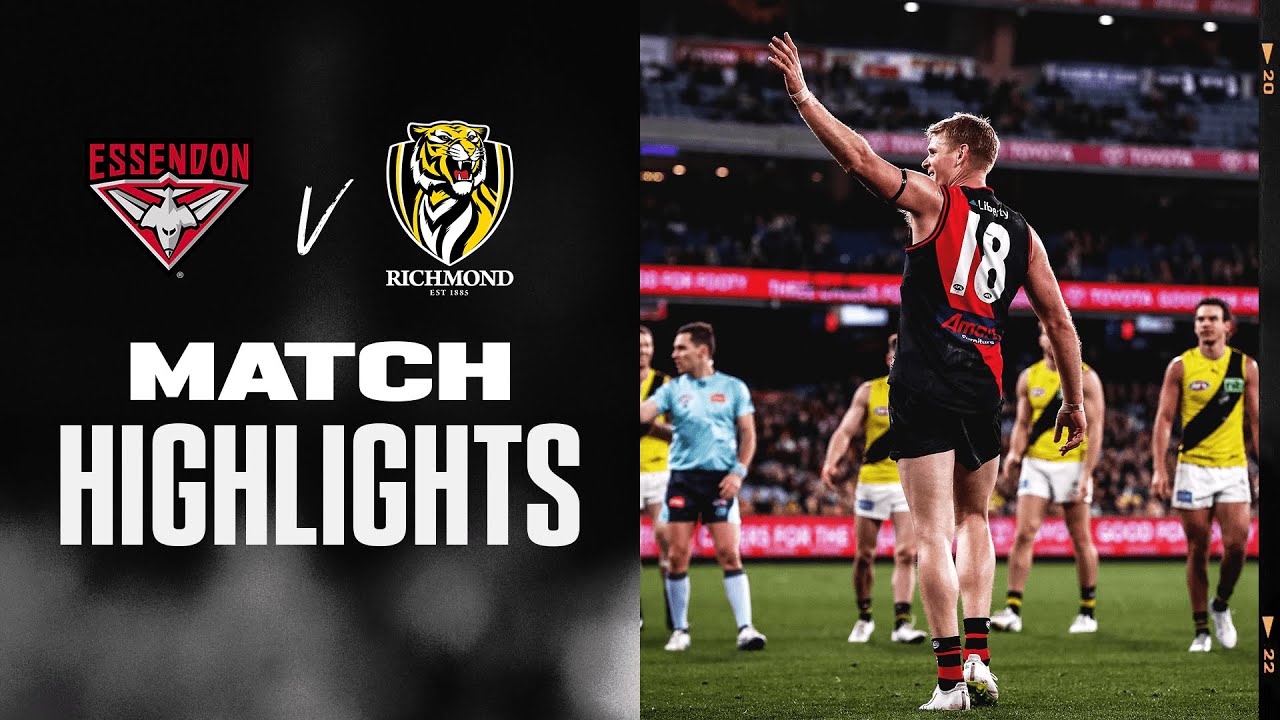 The sides kicked two goals each in the first quarter as Port led 16-15 at quarter time. Port kicked three goals to two in the second quarter to lead 37-30 at half time.

Port started to dominate in the third quarter, kicking four goals to one to take a 67-39 lead into three quarter time. Port ran away with it in the last quarter, piling on seven goals to two to run away with a 56-point win in the end.

Port Adelaide ended their season on a high, coming in 11th with a 10-12 record, despite their dismal start of 0-5. Adelaide finished in 14th with an 8-14 record. 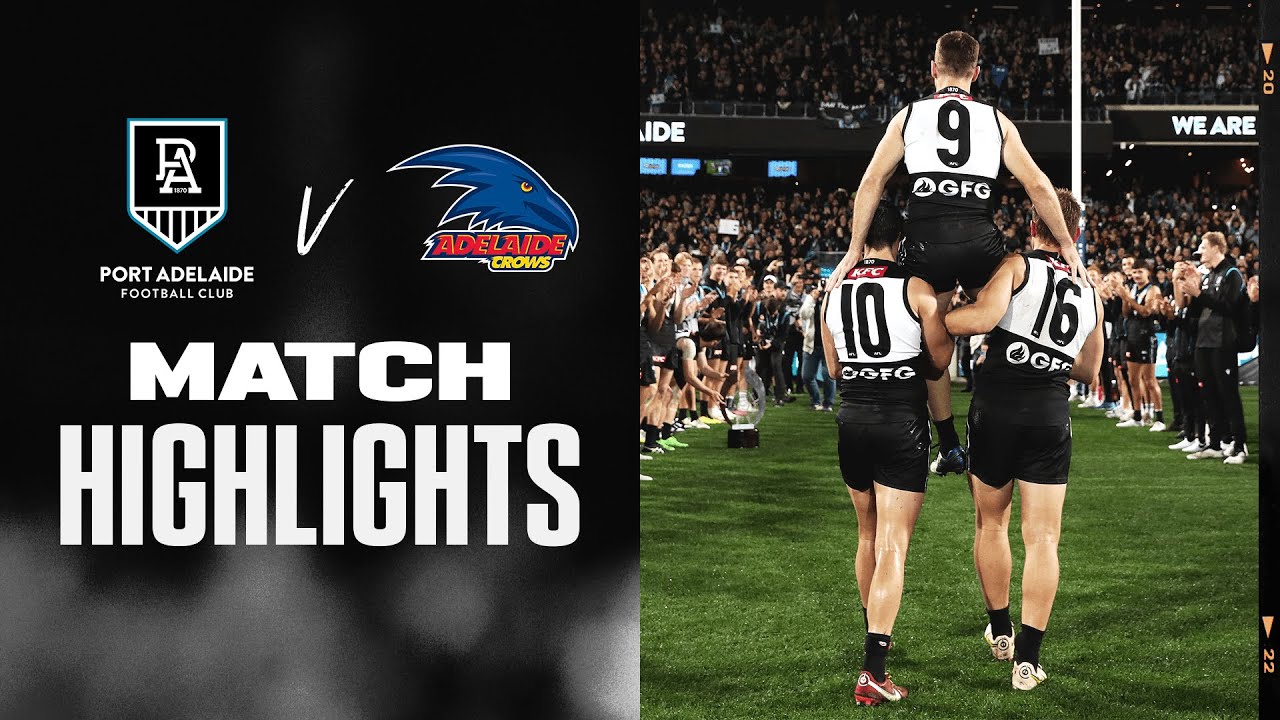 The Western Bulldogs clinched a finals appearance with an 87-64 victory over Hawthorn on Sunday afternoon.

After the Dogs got the openning two goals, the Hawks kicked the last four goals of the first quarter to lead 25-13 at quarter time. It was a high scoring second quarter with the Dogs kicking six goals to four to take a 52-49 half time lead.

Both sides added a goal each in the third quarter, with the Dogs leading at three quarter time 66-56, it could have been more if not for a lot of inaccuracy. Dylan Moore got the openning goal of the last quarter, before the Dogs piled on the final three goals of the game to get percentage above the Blues in eighth spot.

The Dogs piped Carlton to make eighth position with win number 12. They will travel to Perth to take on Fremantle in an Elimination Final on Saturday Septemeber 3. Hawthorn finished their first season under Sam Mitchell in 13th with an 8-14 record. 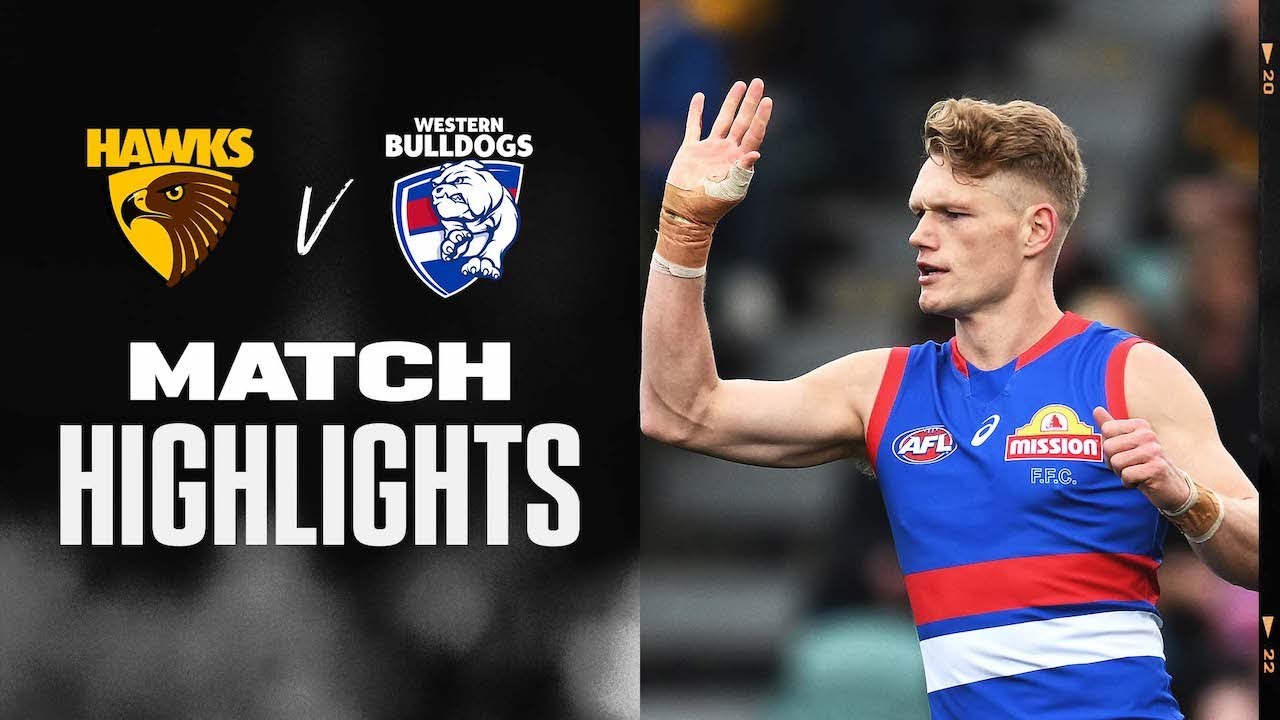 Collingwood denied Carlton their first finals appearance in nine-years, in potentially the match of the year. Fighting back from 25-points down in the last quarter to defeat Carlton by a solitary point, 75-74 on Sunday afternoon.

Jamie Elliot stole it for the Pies yet again with the winning goal, as Collingwood kicked the last five goals late in the last quarter. After the Blues stormed back in the third quarter kicking eight goals to one to overturn a half time deficit of 19-points into a 24-point three quarter time lead.

Collingwood were all over the Blues in the first half. They kicked the only three goals of the first quarter to lead 23-3 at quarter time. Both sides kicked two goals each in the second quarter, as Collingwood took a 36-17 half time lead.

Carlton had just about the biggest third quarter resurgence you could ask for club with finals on the line. They piled on eight goals to one to take a 68-44 lead into three quarter time, as the Blues fans could smell September. But they would have their hearts broken yet again, as inaccuracy would cost them chances to ice the game and Collingwood capitalised. They got the openning two goals through Ash Johnson and Mason Cox.

With Carlton leading by 17-points with a little under six minutes to play, Elliot reduced the margin to 11-points, as Blues scarves tightened around the necks as Collingwood drew closer and closer. As Beau McCreery moments later pulled out a miricle from the pocket to reduce it to five points. With two minutes to go, Jack Ginnivan’s long pass into the 50 bounced to the favour of Elliot, who took on the Carlton defenders, ran to the pocket and kicked the goal to give Collingwood the unlikest of one-point leads and tears began to steam down Blues faces. The Blues were not able to respond, as Collingwood came from behind in the unlikest of turn arounds, the masters of the close games found away yet again to break Blues hearts.

Carlton who had been in the eight all season, denied by one solitary point their first finals appearance since 2013. For all the heartache the Carlton fans had faced since, bottom four finishes, a change of coaches, the heartache will be felt right around, this will hurt the most of anything in the last nine seasons, it will be now 10-years since Carlton played finals and they simply must find a way to learn and come back stronger next year and finish in the top eight. But give Voss and his players time to grow and learn from this, we will be seeing a strong few seasons ahead for the Carlton Football Club.

Collingwood with win number 16 head into the top four as one of the strongest anticipated sides going into September. They have won 12 of their last 13 games and will face top of the table Geelong in the Qualifying Final on Saturday September 3 at the MCG. 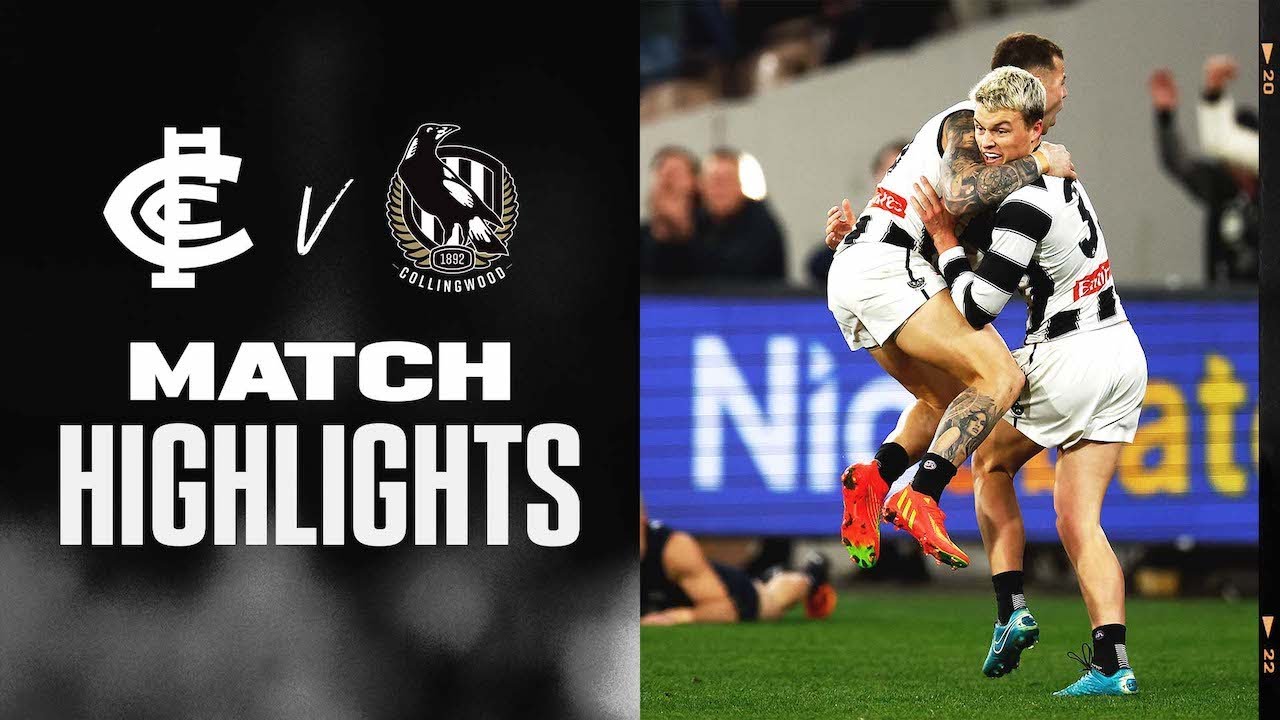 Sydney claimed their spot in the top three with an 88-74 win over St Kilda on Sunday evening.

Sydney kicked four goals to three in the first quarter to lead 26-21 at quarter time. The Swans kicked five goals to two in the second quarter to take a 57-35 half time lead.

Both sides added two goals each in the third quarter, as Sydney held a 72-49 three quarter time lead. St Kilda ate into the margin a little in the last quarter, kicking four goals to two, but Sydney were still good enough to hold on for a 14-point win.

The Swans 16th win of the season, elevating them to third position, they will face Melbourne on Friday night the September 2 at the MCG in the Qualifying Final. St Kilda finished their season in 10th position with an 11-11 record. 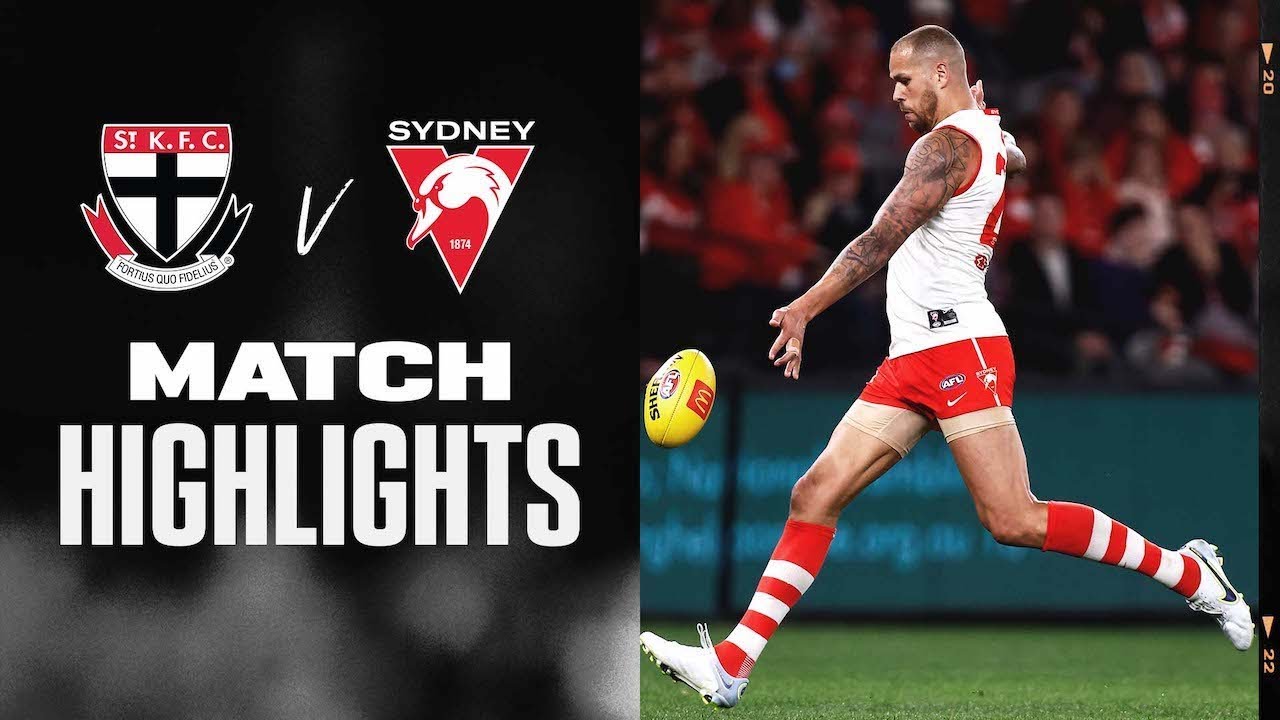