Melbourne completely dominated by 32-points in their victory over Port Adelaide on Thursday night. The Dees starting their season 4-0 and confining last years preliminary finalists to an 0-4 start and bottom of the table, as the only winless side left after four rounds.

Port hit a new low club record, being held goalless at half time for the first time. Bayley Frtich got the only goal of the opening quarter, before Melbourne went on to pile on five goals straight in the second quarter to blow the half time lead out to 31-points at half time.

Melbourne will host the Greater Western Sydney Giants (GWS) at the MCG on Saturday night, looking to start the season 5–0 as they did last year. Whilst they remain the only undefeated side after four rounds. Port face an interesting challenge against Carlton at the MCG on Sunday, and will be hungry no doubt for their first win. 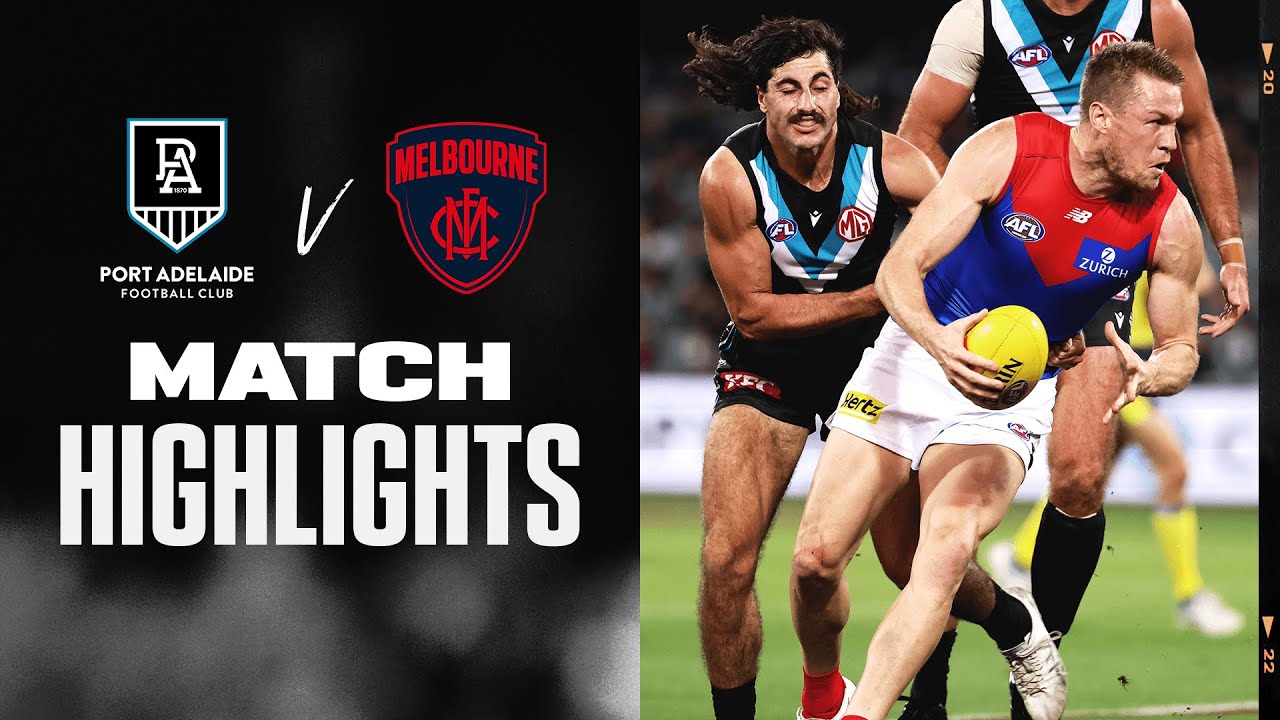 Geelong handed Brisbane their first loss of the year, in a thrilling 10-point Victory on Friday night.

Both sides scored two goals in the first quarter, as the sides went into the 1st change at 14 a-piece. It was a hotly contested second quarter, Geelong kicking five goals to four and taking a nine-point halftime lead.

Brisbane looked in control in the third quarter, kicking five goals to two and taking a point lead into the final change. Jeremy Cameron regained the lead for the Cats, with the opening goal of the final term. Charlie Cameron snapped a goal to bring the contest back level again. With Geelong three points up, Tom Hawkins was controversially payed a mark in the forward 50, after what looked a push in the back. He turned around and quickly snapped a goal to take Geelong back out to a nine-point lead. That goal proving the knockout blow, as Geelong held out a Lions challenge by 10-points, to claim their 3rd win of season 2022. 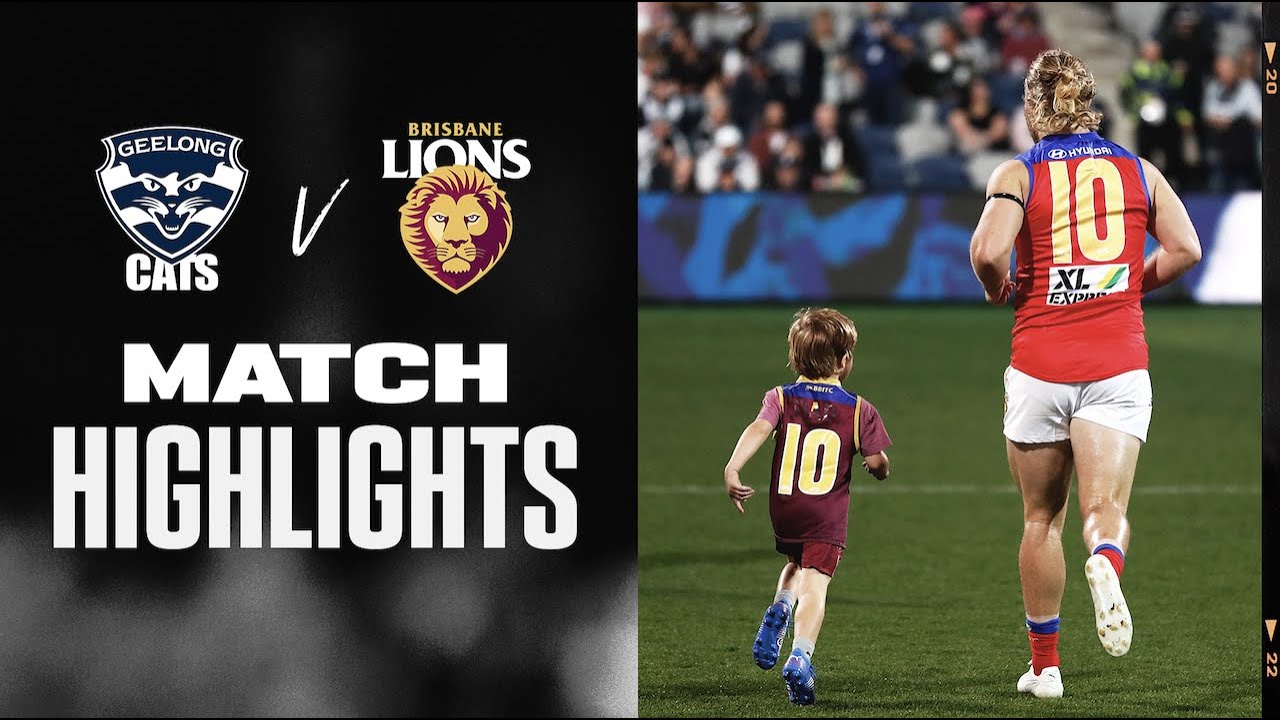 The Sydney Swans survived a huge scare from North Melbourne, to get over the line by 11-points on Saturday afternoon. The Swans kicking the last four goals of the game to snatch victory.

Jack Ziebell was on fire for North, with five goals in a loosing side.

North Melbourne started positively, kicking four goals to three in the first quarter and took an eight-point quarter time lead. Sydney gained a little ascendancy in the second quarter, after North Melbourne got the first two, Sydney kicked the next three goals  and took a three point half-time lead.

The Swans got the opening goal from James Bell in the first 30 seconds. North Melbourne went on to kick the next four goals. Sydney pulled back two late goals, before Jack Zebal added his fifth goal and extended north Melbourne is three-quarter time lead to seven-points. Kayne Turner ran into the open goal for the first of the last quarter, extending North Melbourne’s lead to 14-points. Will Hayward and and Issac Heeney got the Swans within a point. With the scores level, Justin McInerney marked  and put Sydney a goal in front. Jaidyn Stephenson had the chance to level the scores but missed, as Heeney delivered the knockout blow from outside 50 with five seconds left.

Sydney were good enough to see off the challenge from North Melbourne to claim their third win of the year. They face the Eagles on Saturday night in Perth and will look for a fourth victory. North Melbourne face a challenging Friday night Easter clash with the Western Bulldogs. 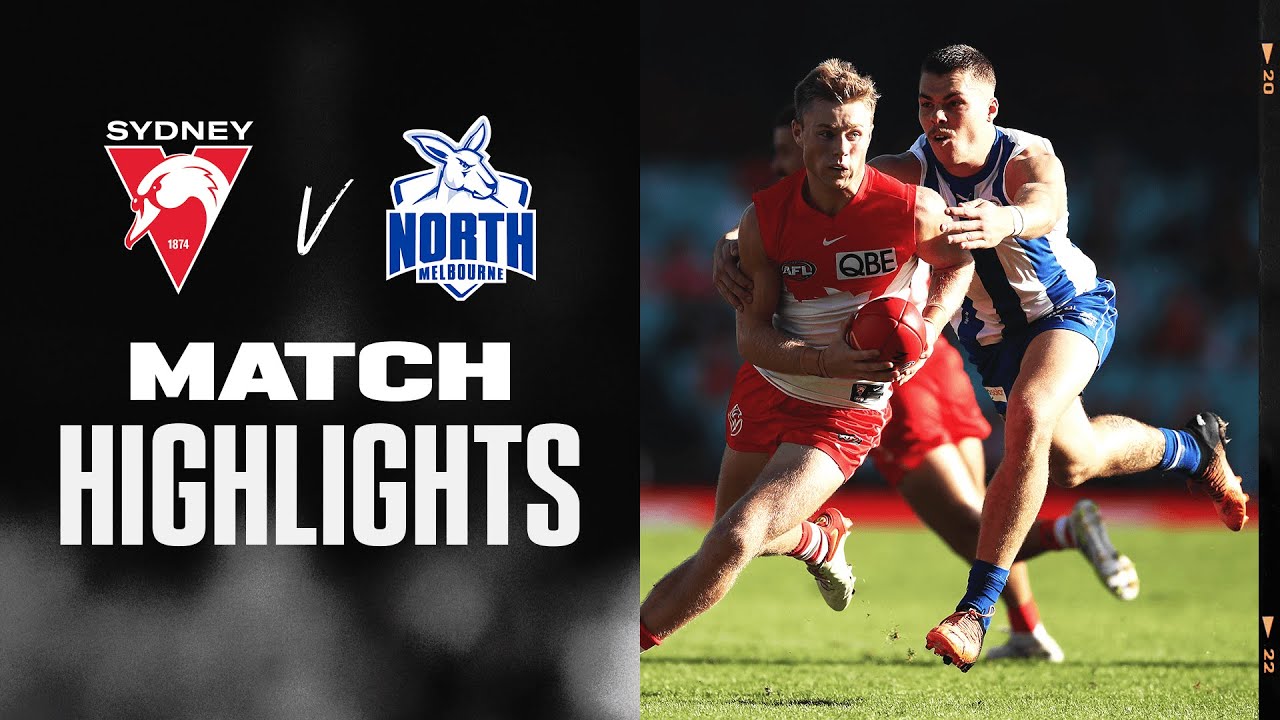 West Coast upset Collingwood by 13-points to claim their first win of 2022 at Marvel Stadium on Saturday afternoon.

It was a late Eagles charge, with the last three goals of the game to snatch victory.

The Eagles kicked two goals to one in the first term. It was fairly even second term with West Coast kicking five goals to two and leading by a goal at half time.

Collingwood maintained control in the third quarter, kicking three goals to 2 and leading by seven points at the final change. West Coast kick the first two goals of the last quarter to re-gain the lead. Brody Mihocek took a mammoth mark in the goal square and put Collingwood back in front. Willie Rioli marked and gave West Coast back the lead, Jake Waterman got a lucky bounce through the goals and extended West Coast lead to eight points. As Jack Darling sealed the contest.

West Coast got their first win of the year and it was a huge confidence booster for Adam Simpson’s men. The Eagles face a tough challenge in the Sydney Swans at home next Friday night. Collingwood face a tough trip to face the lions on Thursday night in Brisbane.

Richmond took care of the Western Bulldogs by 38-points at the MCG on Saturday night.

An in accurate Bulldogs side were made to pay for their easy missed opportunities.

Both sides kicked two goals each in the first quarter, with the Bulldogs leading by five points at quarter time. Richmond gained control in the second quarter and kicked five goals to two, taking a 11-point half time lead.

Richmond went into domination mode in the third quarter, also piling on five goals to two. Shai Bolton kicking a goal of the year contender from the boundary. As Jack Riewoldt unleashed a torpedo after the three-quarter times siren to extend Richmonds lead to 24-points. Richmond ran away in the final quarter, kicking three goals to one, and running away by 38-points in the end.

Richmond claiming their second win of the year. They will look forward to a trip against the Adelaide crows next Saturday afternoon. The Bulldogs have a chance to rebound from this defeat when they face the Kangaroos at Marvel Stadium for the Easter Friday clash. 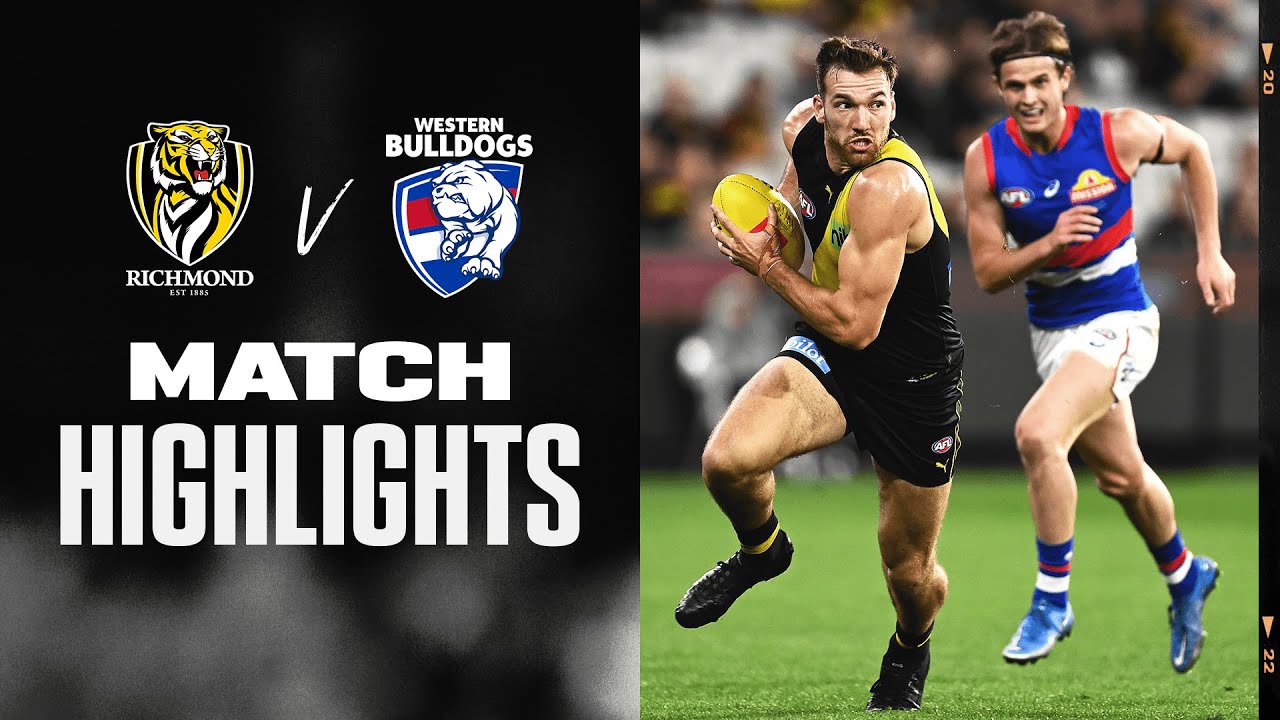 Fremantle defeated GWS on Saturday night by 34-points in Perth.

The Giants kicked three goals to two in the third quarter, but Fremantle still led by two points at the final change. Fremantle went on a rampage in the final term, piling on the only six goals of the last quarter to run out winners by 34 points.

Fremantle will look to continue this form when they face Essendon in Melbourne on Sunday. GWS face the unbeaten Melbourne on Saturday night at the MCG. 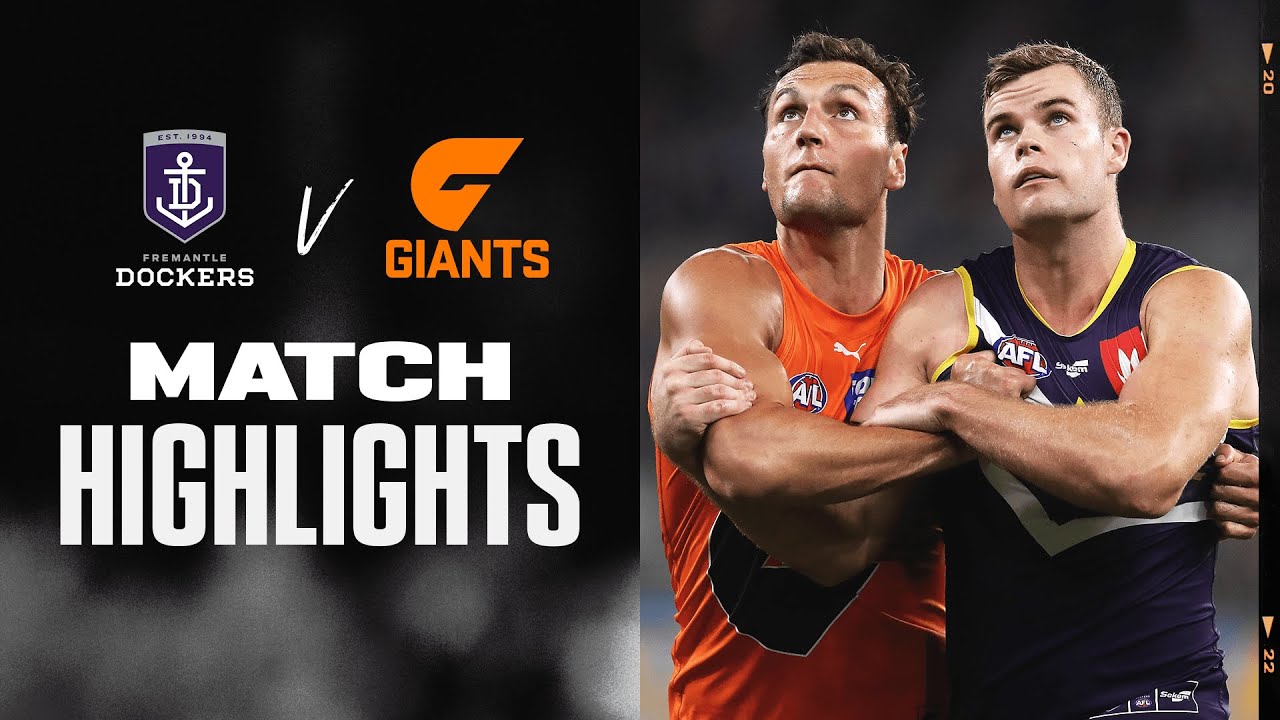 Essendon won their first game of the season 2022, defeating Adelaide by four points in a thriller at Marvel Stadium on Sunday.

It was a sea soaring contest, Essendon kicking five goals to four in the first quarter to lead by seven points at the first change. Both sides kicked four goals each in the second quarter, Essendon taking an eight point lead into half time.

Adelaide kicked four goals to three in the third quarter, but despite this Essendon still led by five points at the final change. Elliot Himmelberg got the Crows back within a point. Devin Smith responded for the Bombers. Archie Perkins extended Essendon’s lead to 10. Taylor Walker responded with his fourth goal of the day to reduce the margin back to four points. Sam Draper kicked a goal out of the ruck to get Essendon out by 10 points again. Lachlan Gollant gave Adelaide one last roll of the dice with two and a half minutes remaining.

Adelaide launched one last ball forward, but Mason Redman became Essendon’s hero taking the mark, chipping around and the final siren sounded to delirious Bombers fans and players. As they held out for their first victory of season 2022. A four point triumph.

Essendon face an interesting challenge against Fremantle at Marvel Stadium on Sunday. Adelaide will look to rebound when they host Richmond on Saturday. 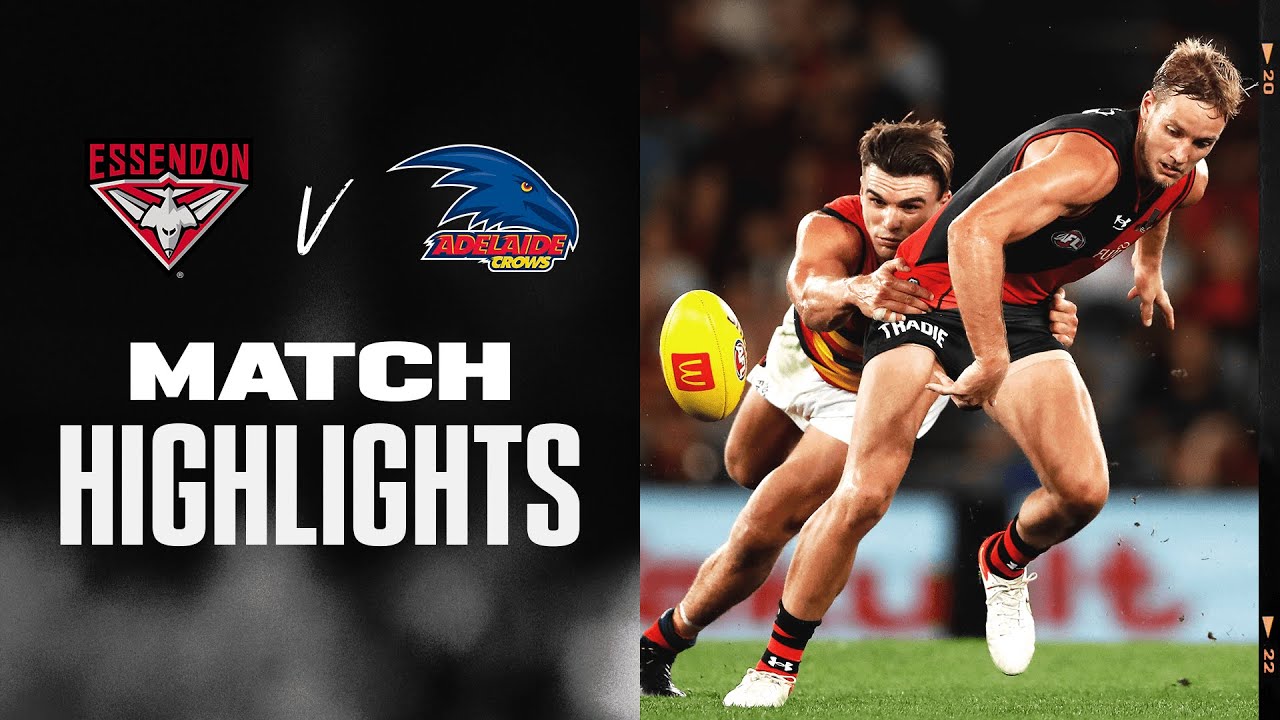 St Kilda thrashed Hawthorn at the MCG on Sunday by 69 points, to claim their third win of the season and move to fourth.

Brad Hill, Tim Membrey, Jade Gresham and Max King combined for 16 goals between the for of them.

St Kilda set up the win in the first half. In the first quarter kicking six goals to three to lead bye 16 points at the first change. Send piling on six goals to two in the second quarter to set up a 38-point half-time lead.

The Saints remained in control in the premiership quarter, kicking three goals to two, leading by 37 at the final change. Before kicking seven goals to three to storm away in the final quarter, final margin 69 points.

St Kilda with their third win of the year, they will look to continue this form when they host Gold Coast on Saturday afternoon. Hawthorn face a challenge in Geelong on Easter Monday at the MCG. 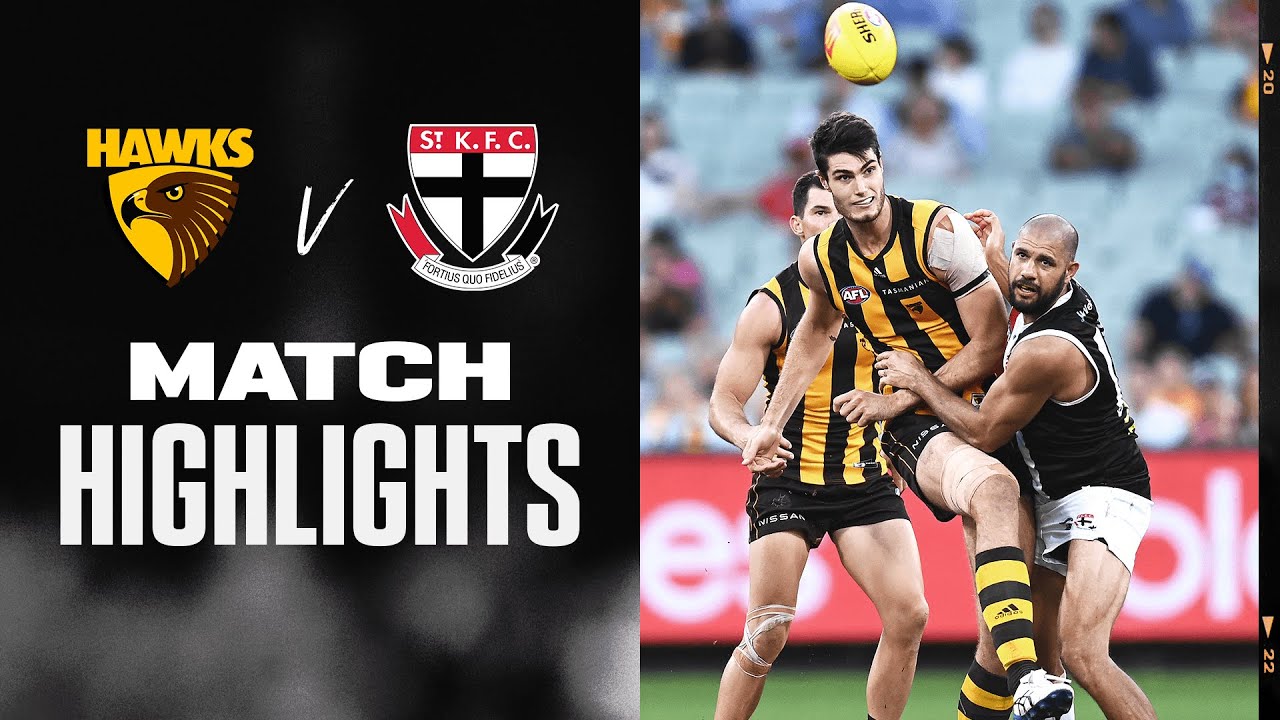 Gold Coast upset Carlton by 30-points to hand them their first defeat of season 2022, the honeymoon period over for Michael Vosses men as they Faced a rude reality check.

The Suns kicked five goals to three in the first quarter to lead by 13-points at quarter time. Both sides kicked two goals a piece in the second quarter, as the Suns took a 14 point half time lead.

Gold Coast opened the floodgates in the premiership quarter, piling on five goals to one to blow the three-quarter time margin out to 37-points. Carlton kicked two goals to one in the final quarter as the Suns got home by 30-points. The loss of Carlton skipper after quarter time did not help Carlton’s cause.

Carlton will look to rebound when they host the winless Port at the MCG on Sunday, but will have to find a replacement for Cripps. Gold Coast Face an interesting challenge with St Kilda on Sunday afternoon. 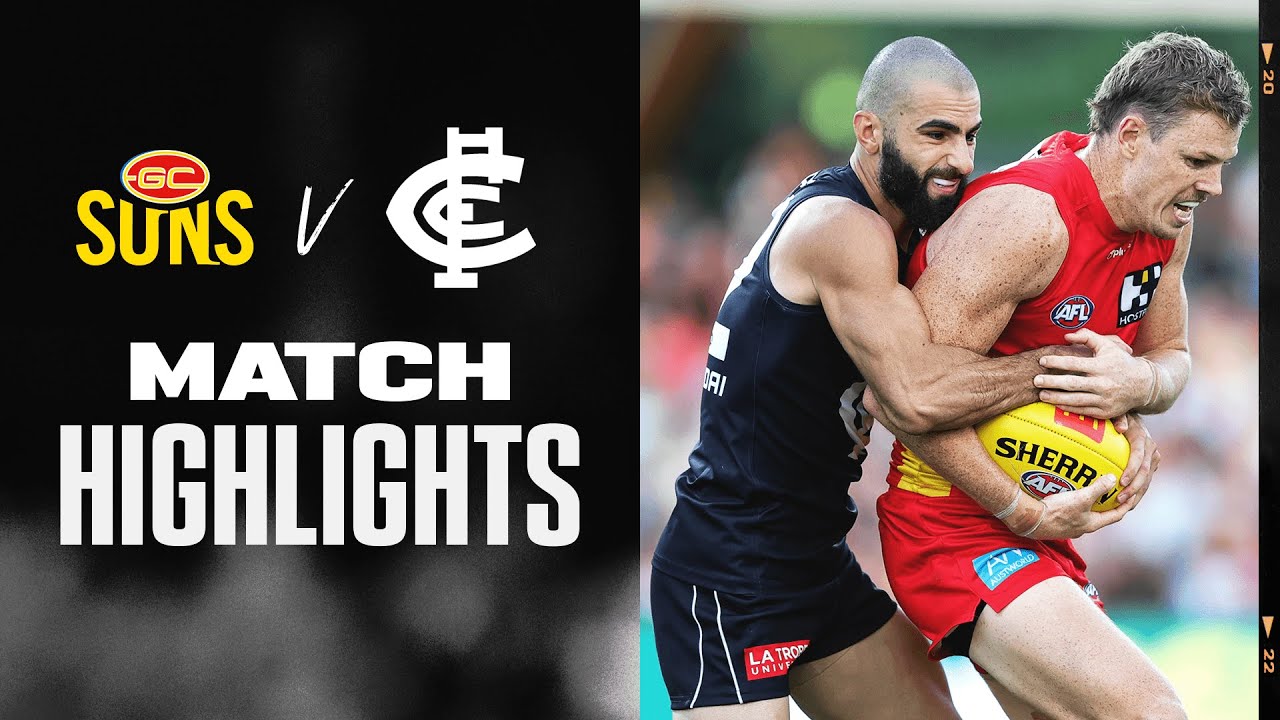