Port Adelaide defeated the Western Bulldogs by 17-points on Friday night, to make it three wins in a row.

Port after a slow start, kicked five goals to four in the first quarter to lead by two points at quarter time. Both sides kicked two goals each in the second quarter, including for the Dogs Buku Khamis’ first goal in footy as his team mates got around him. The Power took a four-point lead into half time.

Port dominated the premiership quarter, as they piled on five goals to two, to take a 24-point lead into quarter time. The Dogs got the only two goals of the last quarter, and reduced the final margin to 17-points. As Port made it three wins on the trot, after their shock 0-5 start, they are making some inroads and with three consecutive wins, finals are not out of the question yet for Ken Hinkley’s men, who looked dead and buried.

Port will look to continue their run of winning form when they take on a struggling North Melbourne side in Tasmania on Saturday. The Dogs face a challenging contest with Collingwood on Friday night at Marvel. 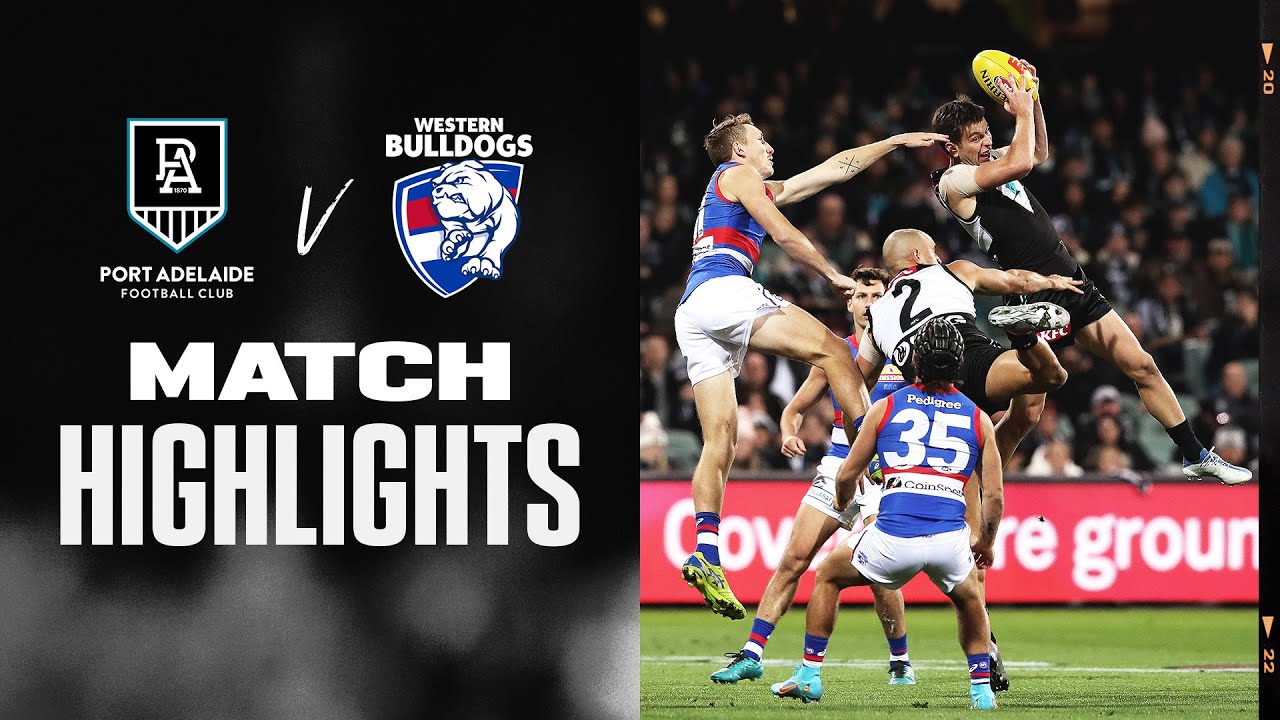 Fremantle destroyed North Melbourne to the tune of 78-points on Friday night, winning 102-24.

The Dockers were out the blocks, kicking the only five goals of the first quarter to take a 29-point quarter time lead. They controlled the second quarter, kicking three goals to two and took a 53-15 half time lead.

Freo controlled the premership quarter, Nathan O’Driscoll kicking a beautiful goal from deep in on the boundary. Whilst Freo kicked three goals and kept North goalless in the third quarter. Freo got the openning two goals of the last quarter, before Cam Zurhaar finally got North’s first goal since the second quarter and only third for the match. Lachie Schultz extended the margin to 78-points with a kick after the final siren.

Fremantle are sitting second on the table after eight rounds and are truly showing they could be a genuine contender in season 2022. They have only lost one game to this point, and will look to continue this form when they travel to face the Gold Coast Suns on Sunday. North will host Port Adelaide in what looms another challenge for them on Saturday in Hobart. 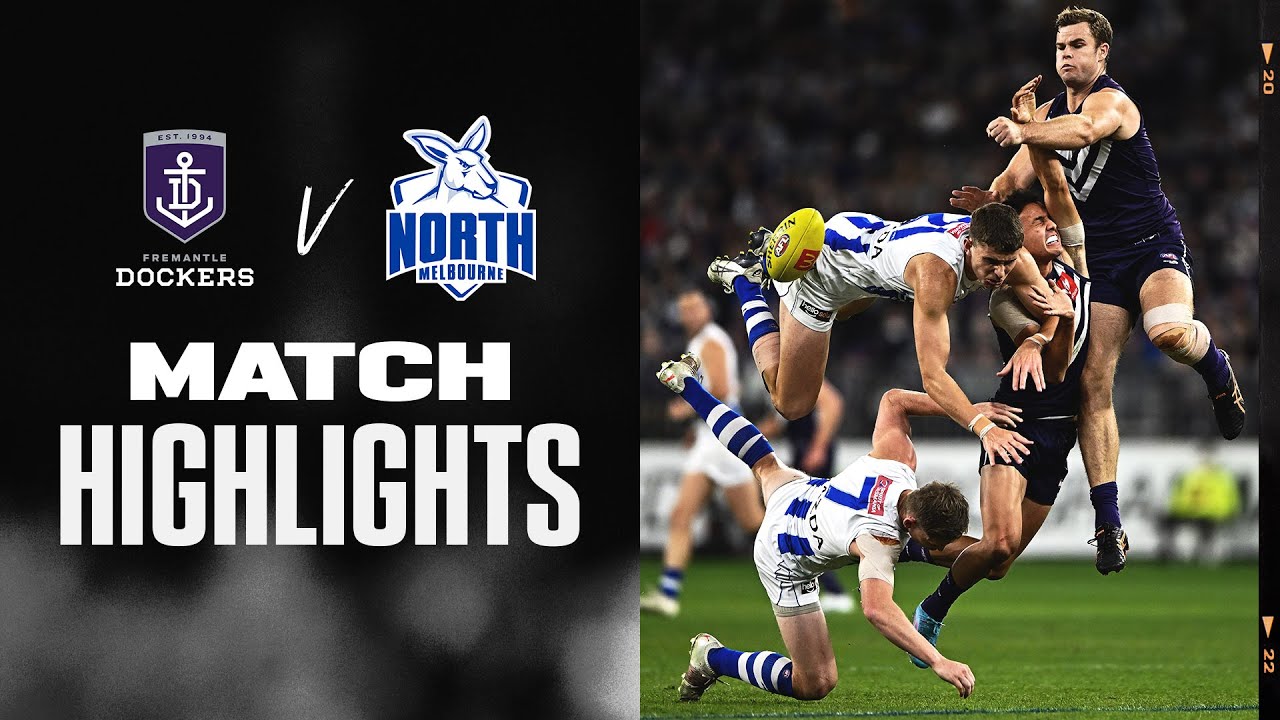 Richmond defeated Collingwood by 27-points on Saturday afternoon, to climb back into the 8.

Tom Lynch the star for the Tigers with six goals. It was a tight first quarter, with Richmond kicking three goals to two and leading by a goal. The Tigers turned up the heat in the second quarter, kicking six goals to three and took a 24-point half time lead.

It was a fairly even third quarter, with Richmond kicking four goals to three to remain in control and get out to a 29-point three quarter time lead. Richmond kicked the openning three goals of the last quarter to blow the margin out, before Collingwood kicked four consecutive goals. Shai Bolton gave Richmond a winning margin of 37 with the last goal of the game, as Richmond cruised to their fourth win of the season to climb into the 8 following round six.

Richmond will look to continue winning form when they face Hawthorn at the MCG on Saturday. Collingwood will look to rebound when they host the Bulldogs on Friday night at Marvel. 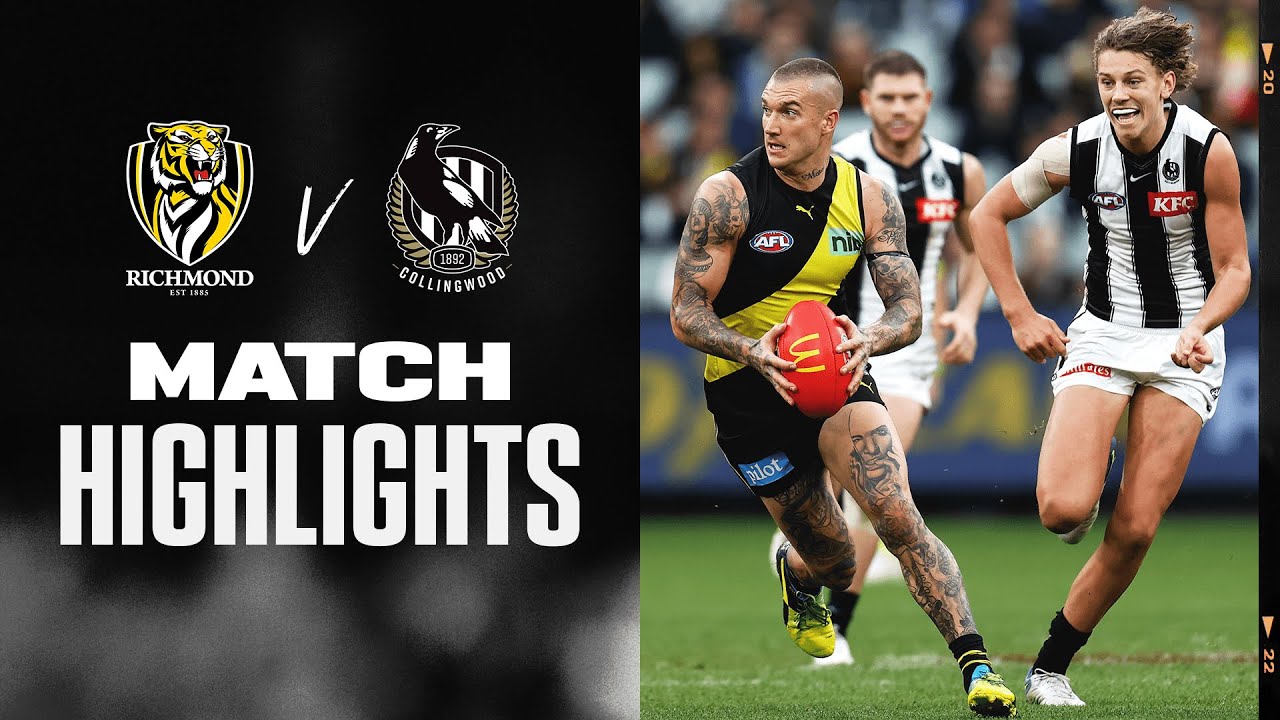 Gold Coast caused a boil-over at the SCG, defeating Sydney by 17-points on Saturday.

Gold Coast came out and started strongly, kicking three goals to one in the openning quarter, to take a 14-point lead into quarter time. Both sides again kicked three goals each in the second quarter, as the Suns kicked a couple late goals to get out to a 17-point half time lead.

Sydney fought back hard in the second quarter, after the Suns got the openning goal, Sydney went on to kick four consecutive goals, as Logan McDonald levelled up the game with a kick from the boundary right before the three quarter time siren. Levi Casboult became Gold Coasts hero in the final term. Kicking the openning goal of the last quarter to give the Suns a goal lead, then a minute out from full-time, snapping the goal to ice the game and put Gold Coast up by 14-points.

It was another big upset the Suns caused, their third win of season 2022, and their third win out of four games played at the SCG. They face a challenging contest against the Fremantle Dockers at home next Sunday. Sydney will look to rebound when they host a struggling Essendon on Saturday night. 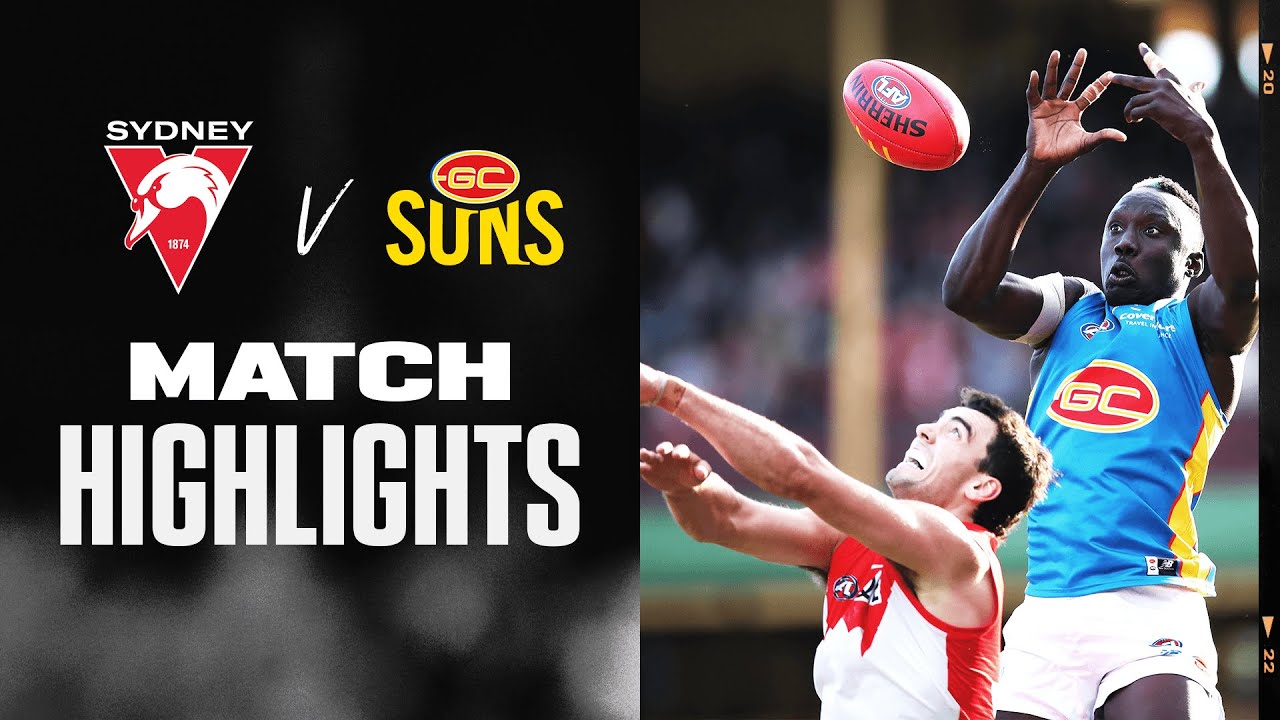 Geelong started strongly, kicking four goals to two in the openning quarter, leading by 13-points at quarter time. Geelong remained in control in the second quarter and kicked two goals to one, taking a 20-point half time lead.

Geelong controlled the premership quarter well, kicking the only two goals of the third quarter and took a 32-point lead into the final change. Geelong used the last quarter to simply blow the Giants away, kicking four goals to one to run away in the end by 53-points.

This win puts Geelong into fifth position at the end of eight rounds, with a massive clash at Marvel Stadium awaiting them next Saturday. It doesn’t get any easier for GWS when they host the in form Carlton on Sunday. 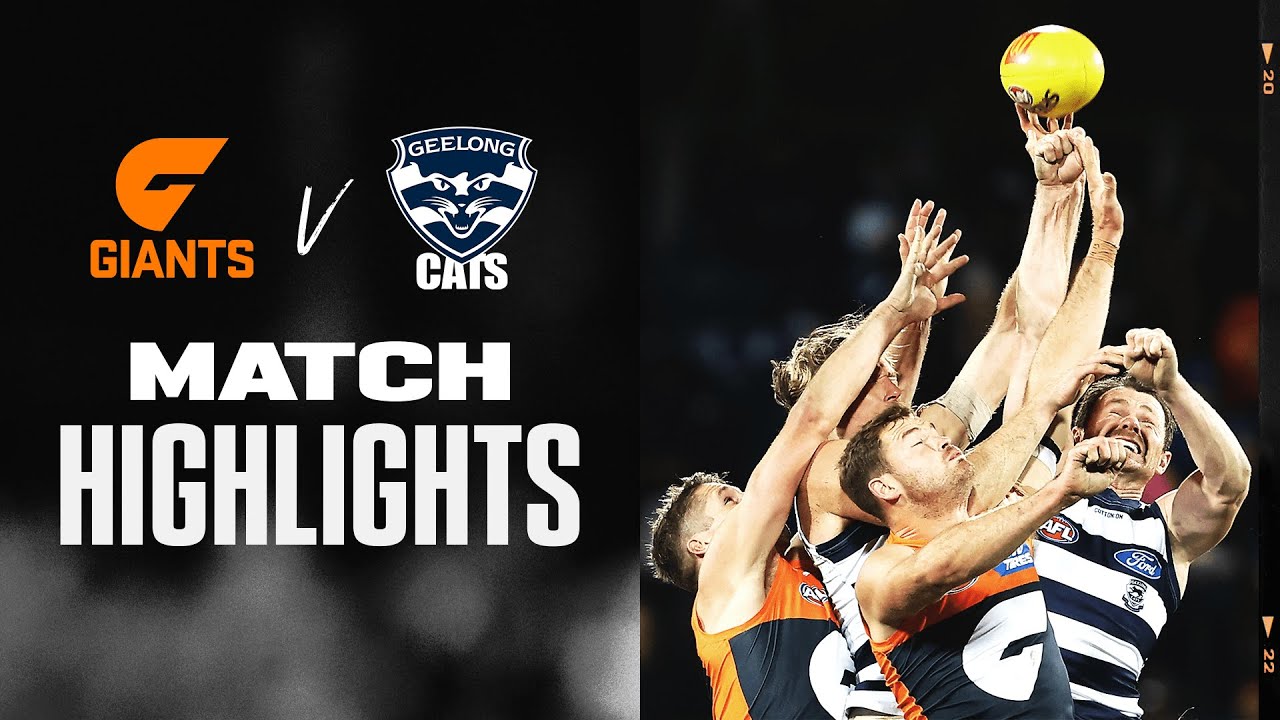 Essendon came from behind to upset the Hawks by 27-points, 108-81 on Saturday night. Peter Wright had a night out with six goals.

Jack Gunston got the openning goal of the third quarter to extend Hawthorn’s lead to 24-points. As both sides kicked two goals each for the quarter, with Hawthorn still in command by 15-points at the final change. After Kaine Baldwin got the first of the last quarter for the Bombers, Jacob Koschitzke responded for the Hawks. From there it was all the Bombers, as they pilled on the next seven goals. Nic Martin and Peter Wright drew Essendon within a kick, before a soccer from Zach Merritt put the Bombers in front. Wright then unleashed a bomb from out side 50. Goals from Aaron Frances and Archie Perkins sealed the game, before two-meter Peter added his sixth for the night to give Essendon a moral boosting, 27-point victory.

Essendon’s second win of the year came as a result of determination, but they face an even bigger challenge when they travel to take on the Sydney Swans on Saturday night. Hawthorn face a tough challenge in Richmond on Saturday afternoon. 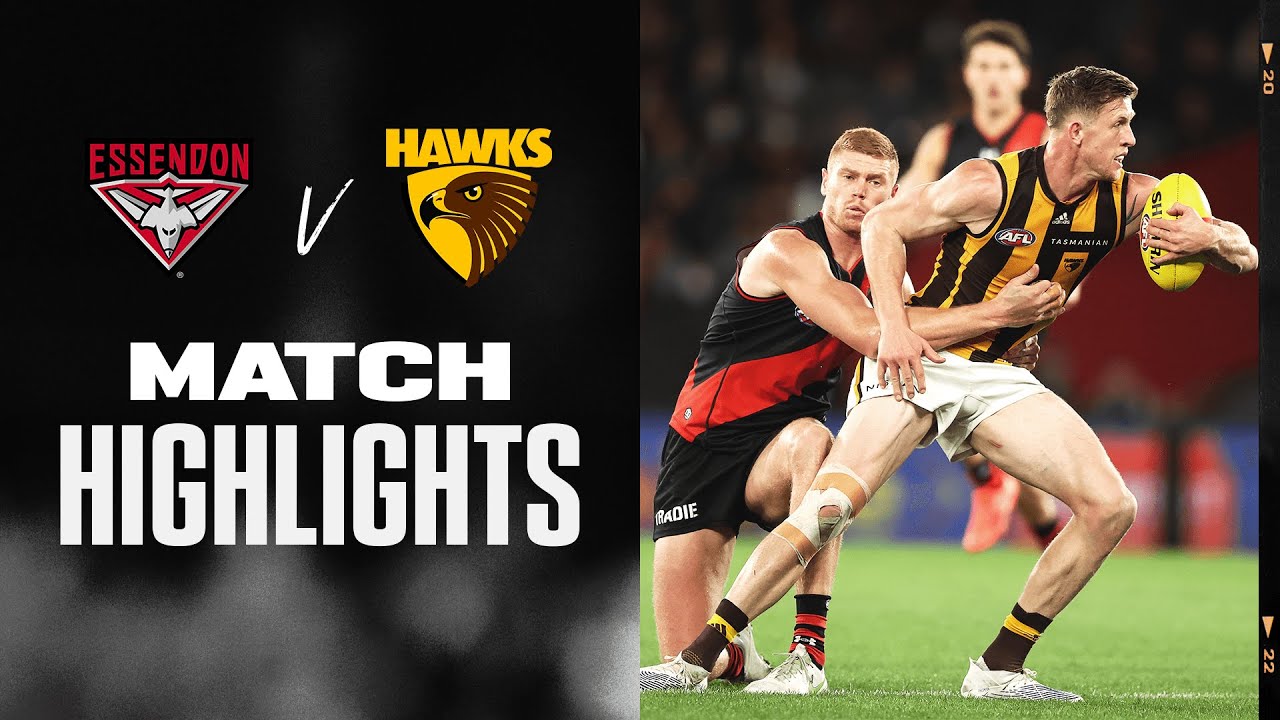 The Brisbane Lions comfortably took care of a depleted West Coast side by 75-points on Saturday night.

The Lions started strongly kicking three goals to one in the first quarter and two goals to none in the second quarter, to take a 29-point half time lead.

Brisbane still only beaten once so far in season 2022, sit third after eight rounds. They will look to continue winning form when they travel to face Adelaide on Saturday. For West Coast, it doesn’t get any easier, they face the unbeaten Melbourne at home on Sunday night. 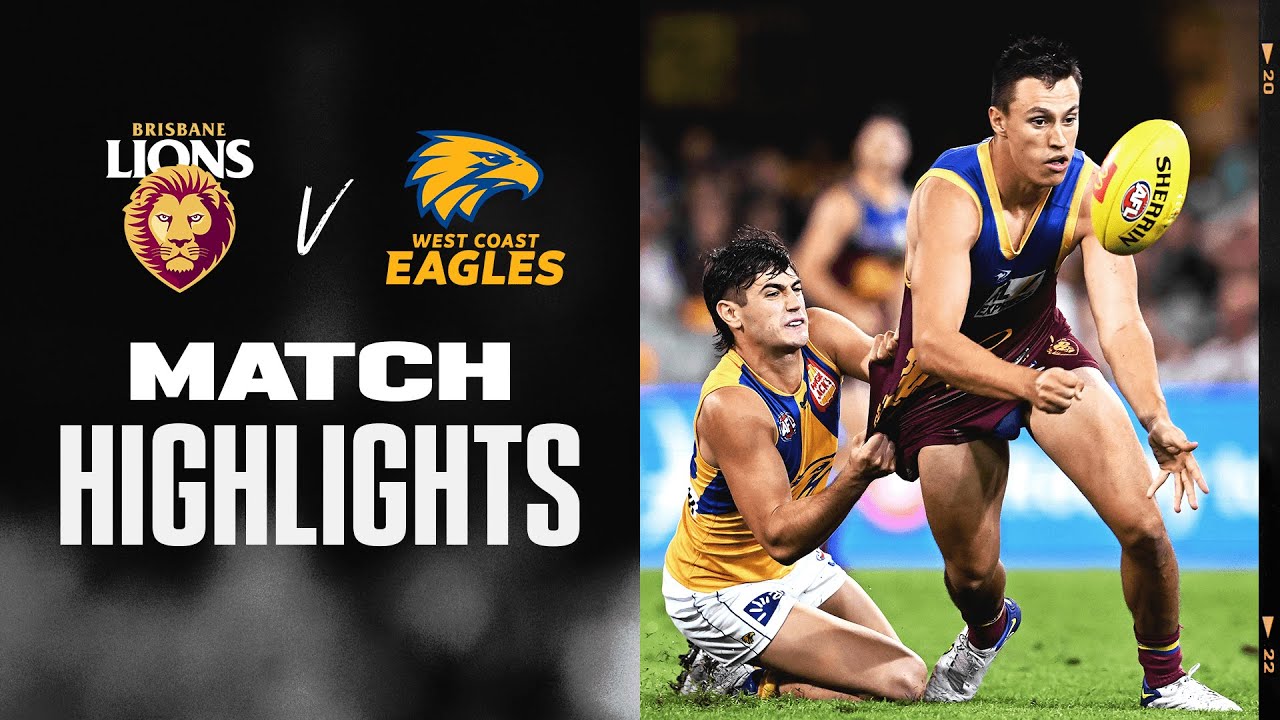 Melbourne made it eight straight wins with their victory over St Kilda on Sunday, winning 93-55.

The Dees were out the blocks early, kicking the openning four goals in the first quarter. St Kilda had a kick after the quarter time siren from Tim Membrey that went through the goals, but the score review found a touch from the man on the mark. As the Dees went into quarter time with a 23-point lead. Ben Brown kicked started the Demons where they left off, before Rowan Marshall kicked the Saints first for the day. With the Demons kicking the next four, suddenly they had kicked nine goals to one and pulled away 56-9 lead. Goals from Tim Membrey and Paddy Ryder reduced the half time margin back to 35-points.

Max King bobbed up twice for the Saints, as they made it four in a row to reduce the margin back to 23-points. Ben Brown provided an importaint steadier for the Dees, as they took a 28-point three quarter time lead. Bayley Fritch kicked an incredible first goal of the last quarter after taking on defenders. As Melbourne kicked four goals to three in the last quarter to blow the Saints away by 38-points in the end.

The Dees made it eight straight for the year, and 15 straight club wins, as they stamp themselves as the clear favourite for this years flag again. The Dees face a trip to face the bottom faced West Coast side next Sunday, who have only one won game so far. St Kilda will look to rebound against Geelong on Saturday afternoon.

After the Crows got the jump early by kicking the first two, Carlton went on to kick the next three to set up a seven-point quarter time lead. Jack Newnes kicked a ripping goal to start the second quarter and when Patrick Cripps was payed holding the ball and went bang from 50, Carlton had kicked five in a row. Carlton were in control in the second quarter as they piled on six goals to three to set up a 26-point half time lead.

Carlton went on a rampage in the third quarter, kicking six goals to none to set up a 102-36 three quarter time lead. The Crows got the openning four goals of the quarter, before Charlie Curnow responded for his 5th of the day. Brayden Cook kicked Adelaide’s fifth for the quarter. Before the final siren sounded, Curnow added his sixth for the game right before the bell, and extended Carlton’s winning margin to 48-points.

Carlton’s sixth win of the season of the season puts them into the top four at the end of round eight. Things are flowing beautifully for Michael Voss’s men, and he is making a big difference since getting on board. We are seeing a Carlton side who is determined, fierce and has young talent shining through.

Carlton will look to continue winning form when they travel to face GWS on Sunday. Adelaide face a tough challenge, hosting the Lions on Sunday. 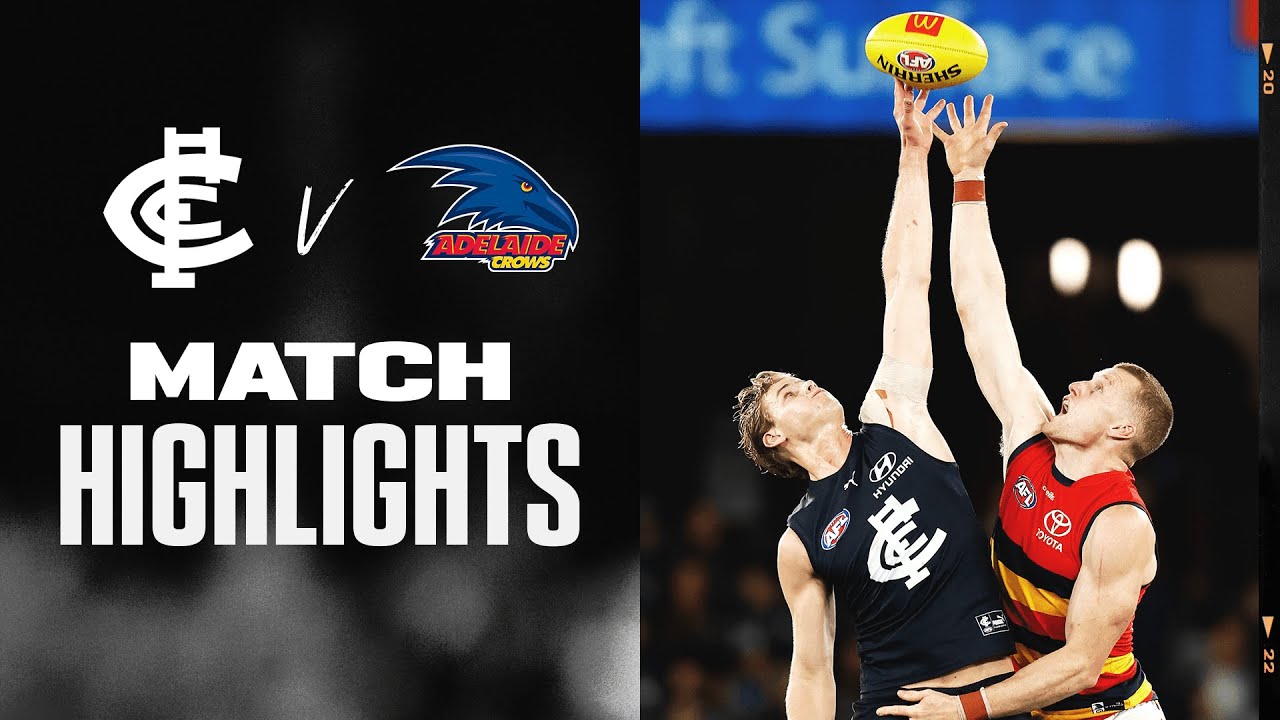