Mia Austin the debutant for Carlton got the openning goal. Both sides kicked two goals each in the first quarter,, as we went into the first change at 12 apiece. Collingwood kicked two goals in the second quarter, whilst keeping the Blues scoreless, setting up a 26-12 half time lead.

Collingwood will look to continue winning form when they host Sydney on Sunday. Carlton face a challenge when they line up against an in form Essendon on Sunday. 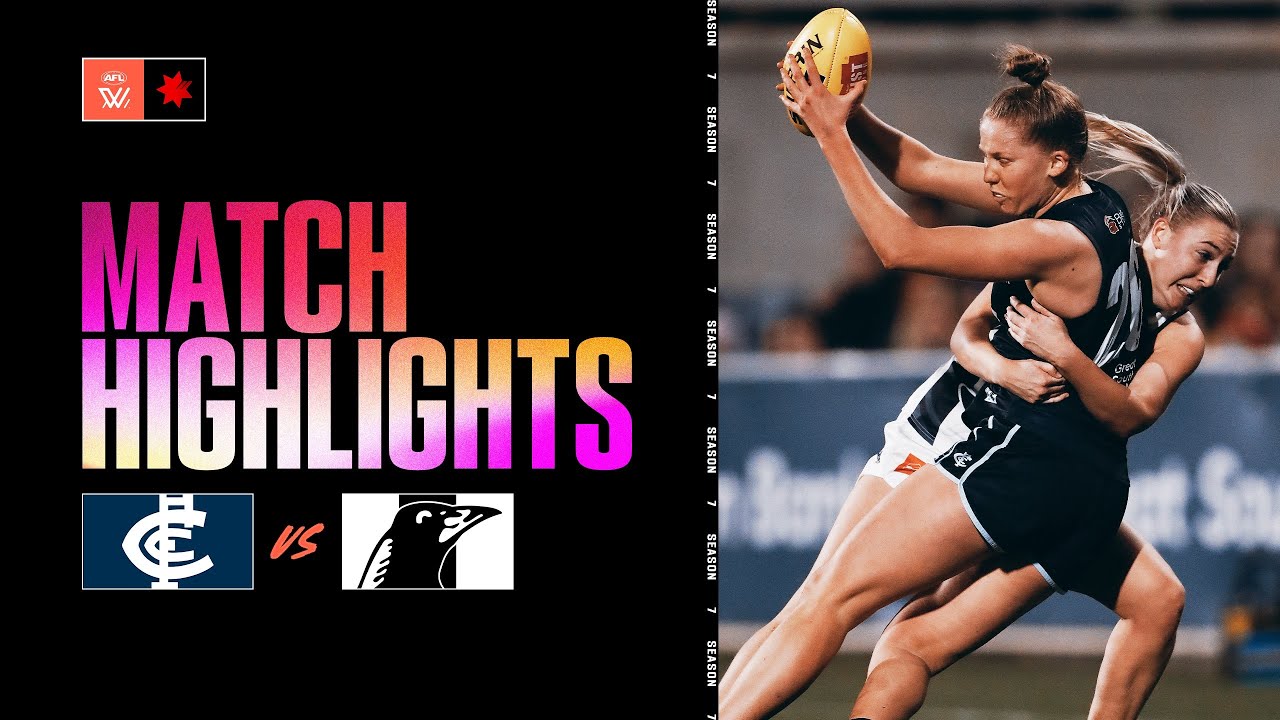 Both sides kicked three goals each in the third quarter, as Melbourne held a 19-30 three quarter time lead. Melbourne held firm in the last quarter, kicking two goals to one to run out 18-point winners in the end.

It was the start to the season they wanted, as Melbourne got their vengeance for the Grand Final loss, in a season where they are looking to go one better. Melbourne will look to back up this effort in an interesting clash with North Melbourne at the MCG on Friday. Adelaide will travel to face Richmond on Saturday. 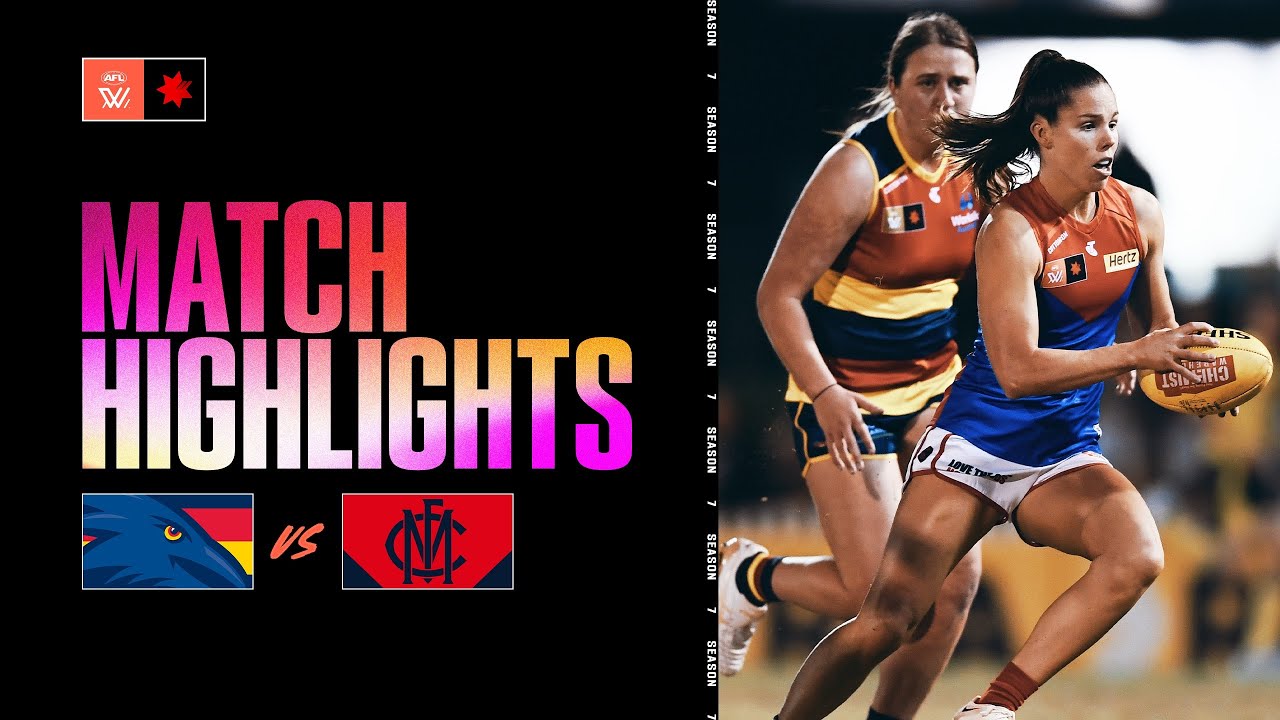 North Melbourne got their season off to the right start, comfortably taking care of the Gold Coast Suns 40-14.

North kicked the only two goals of the first quarter, leading 14-1 at the first change. They kept the Suns scoreless in the second quarter and added another two goals to lead 27-1 at half time.

The Roos mirror imaged their second and first quarters, kicking two goals and yet again keeping the Suns scoreless like they did in the second. It was North a whopping 40-1 at three quarter time. The Suns salvaged some pride with two late goals, and kept North scoreless in the last quarter. But it was the Roos first three quarters that set up a convincing 40-14 victory.

North Melbourne will look forward to its big clash with Melbourne on Friday night. Gold Coast will host West Coast at Metricon on Sunday afternoon. 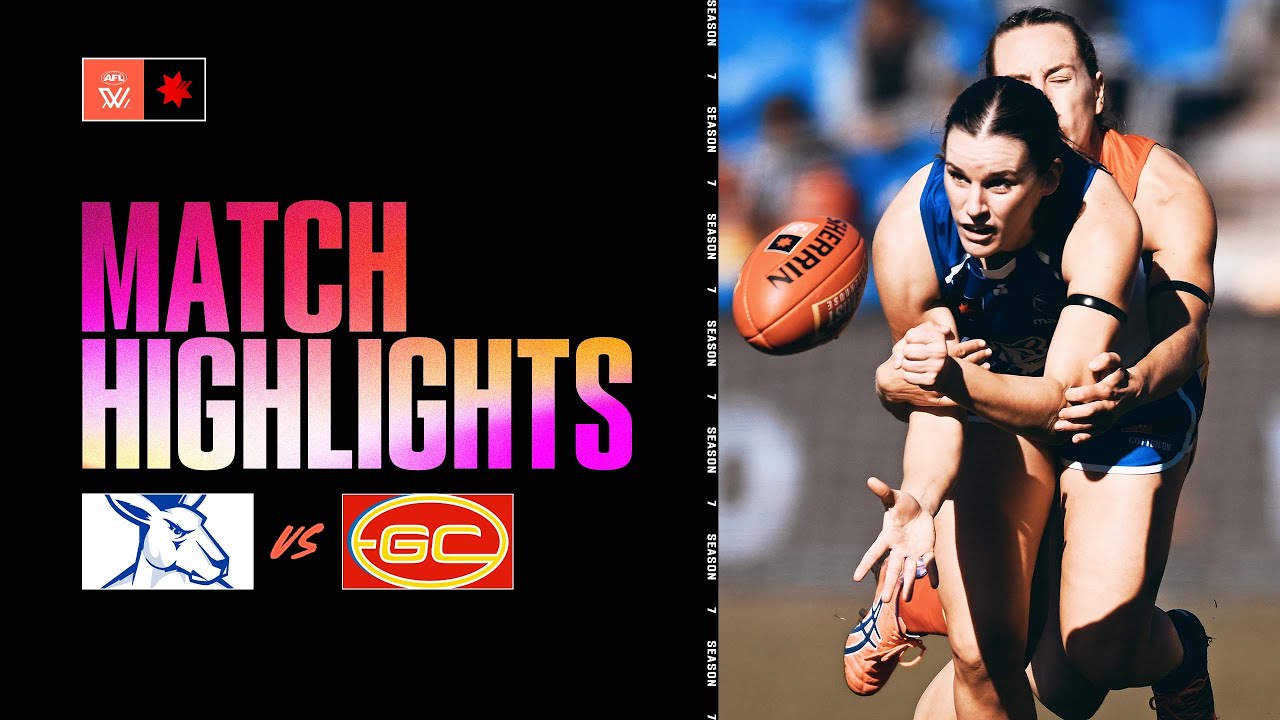 West Coast came from behind to defeat Port Adelaide 40-28 on Saturday afternoon.

West Coast kicked the only two goals of the first quarter to take a 14-2 quarter time lead. Port hit back in the second quarter, as Gemma Houghton kicked their first ever AFLW goal and Indy Tahau’s finish moments out from half time took the sides in level at 15 apiece.

Port got going in the third quarter, kicking the only two goals to set up a 27-16 three quarter time lead. Port looked in a good position to win their first ever AFLW match, but back West Coast came. As they piled on four unanswered goals to steal the win by 12-points.

It was the perfect start for last years wooden spooners, as they got a win on the board, despite a gallant effort from AFLW debutants Port in their first outing. West Coast will travel to face Gold Coast next Sunday, while Port will host the Western Bulldogs on Saturday afternoon. 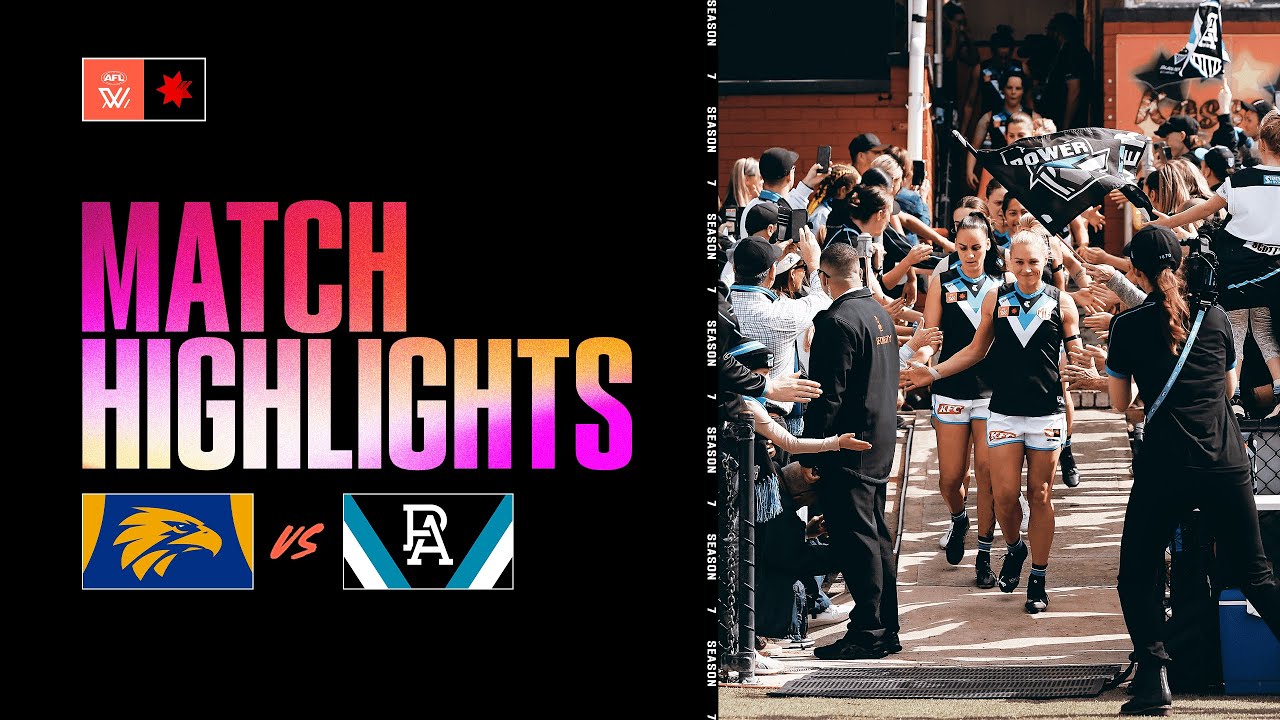 St Kilda defeated Sydney 56-27 on Saturday afternoon, denying the Swans a victory in their AFLW debut.

Both sides kicked a goal each in the first quarter, as Rebecca Privitelli kicked Sydney’s first ever AFLW goal, with the Saints leading 7-6 at quarter time. St Kilda began to take control of the game in the second quarter, kicking three goals to one to set up a 26-13 half time lead.

The Saints start off the season on the right foot, after their two win season where they came second last, the Saints want to improve themselves this year and this impressive start could be the hope they need for belief. The Saints will face Hawthorn on Sunday afternoon, while the Swans will travel to face Collingwood on Sunday afternoon. 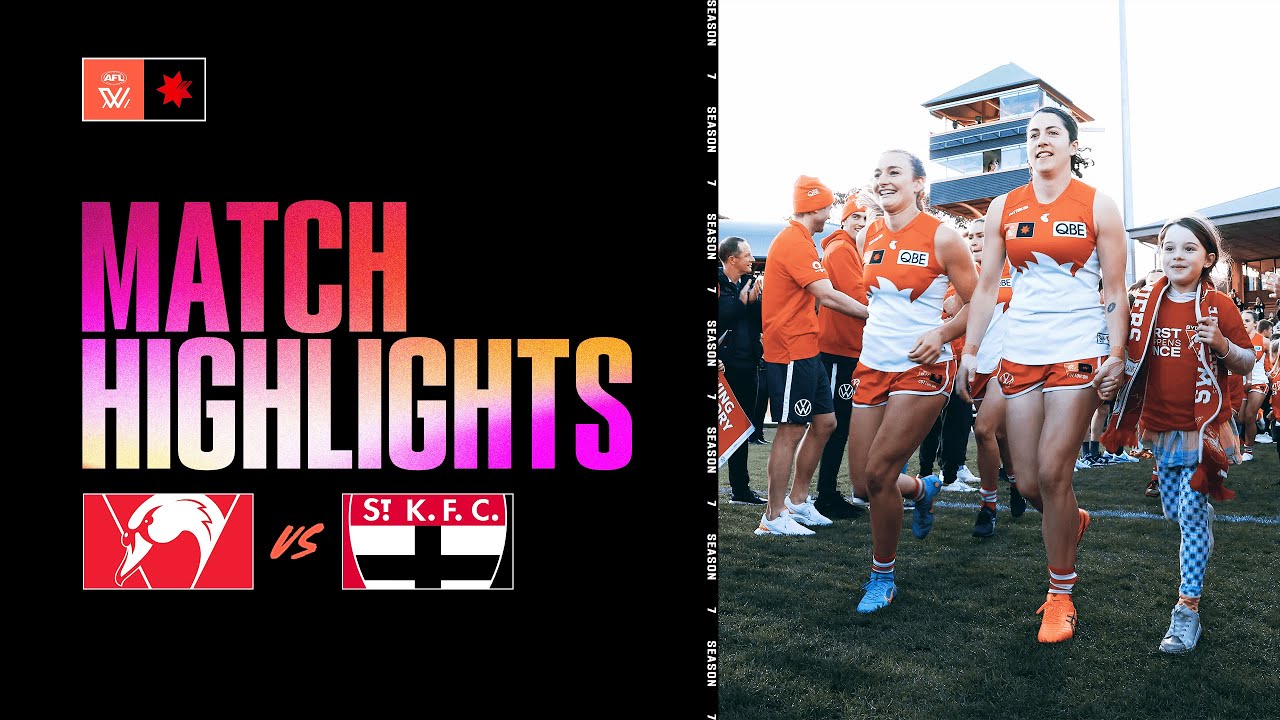 Essendon won the battle of the expansion clubs, with a 53-27 victory over Hawthorn on Saturday night.

Essendon kicked two goals to one in the first quarter, Jess Wuetschner kicking the Bombers first AFLW goal. While in an emotional moment, Sophie Locke kicked Hawthorns first ever AFLW goal and pointed to the heavens, following the loss of her mother to cancer two weeks earler. As Essendon took a 13-8 quarter time lead. Both sides added a goal each in the second quarter as Essendon took a 24-14 half time lead.

Hawthorn kicked two goals to one in the third quarter, as Essendon held a 33-27 three quarter time lead. Essendon kept Hawthorn scoreless in the last quarter, going on to kick three goals of their own to run out 26-point winners in their debut game.

Essendon will look forward to hosting Carlton next Sunday, while Hawthorn will host St Kilda on Sunday. 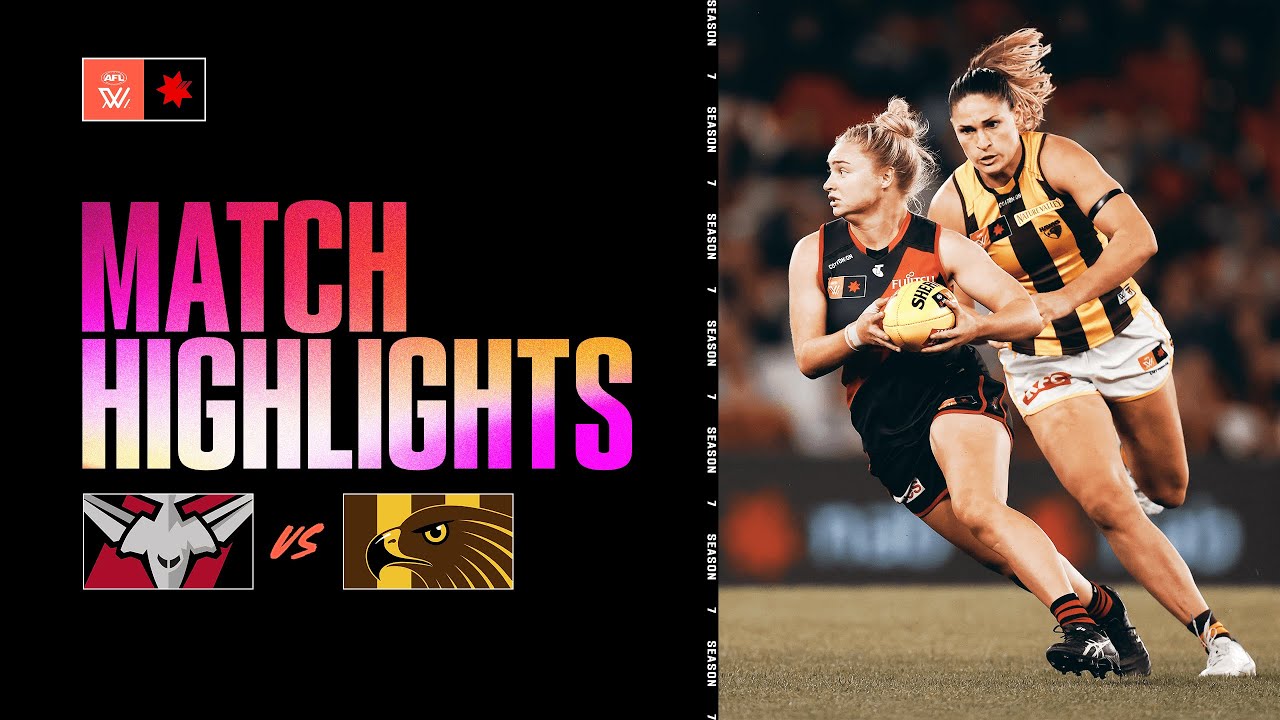 The Western Bulldogs won an exciting contest against GWS 41-34 on Sunday.

Both sides kicked a goal each in the first quarter, as GWS lead 7-6 at quarter time. The Bulldogs kicked two goals to one in the second quarter, taking a 20-13 half time buffer.

The sides kicked two goals each in the third quarter as the Dogs held a 34-22 three quarter time lead. Alyce Parker got the openning goal of the last quarter to draw the Giants within a kick. Before a magical soccer goal from Richelle Cranston got the Dogs back out to their two goal buffer. Cora Staunton’s third was a consolation, as the Bulldogs held on for a seven-point win to kick start their AFLW season off right.

The Bulldogs will look to back up this win when they travel to face Port Adelaide on Saturday. GWS will host the Brisbane Lions on Sunday afternoon. 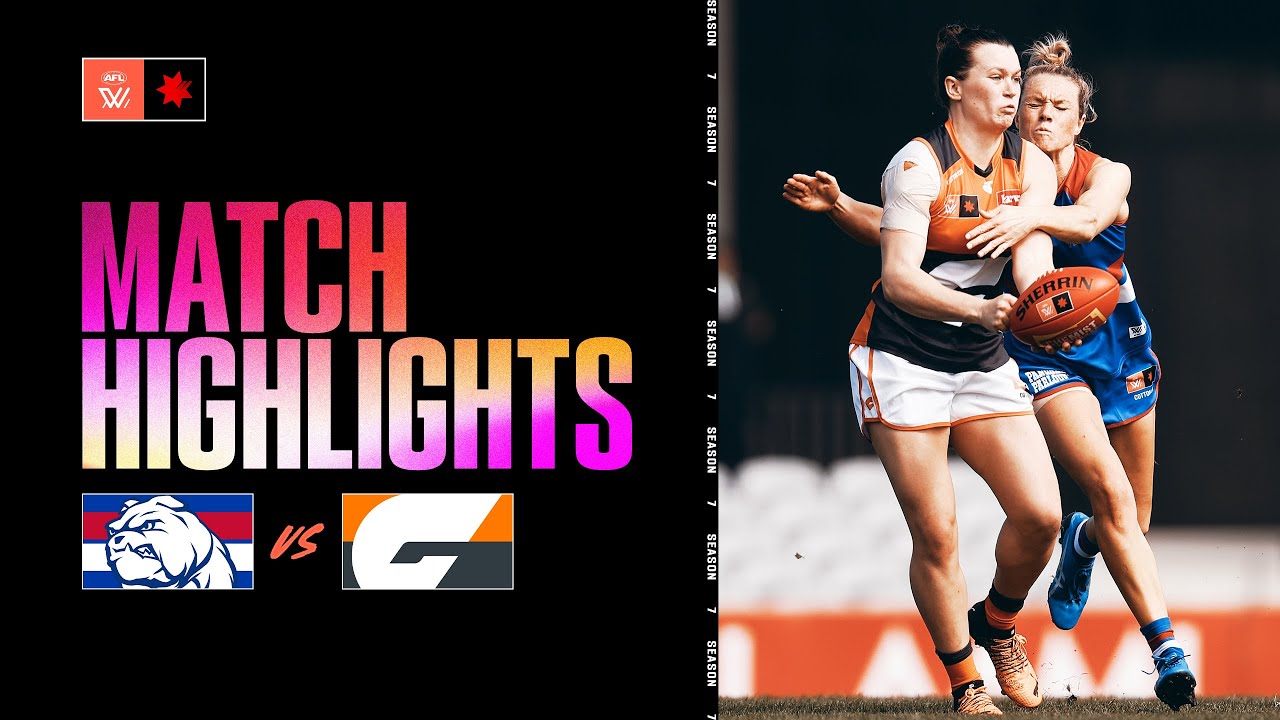 Brisbane announced themselves in season seven, with a 76-27 victory over Fremantle on Sunday afternoon.

Both sides kicked a goal each in the first quarter and went into the first change tied at seven apiece. Brisbane made their move in the second quarter, kicking the only three goals to get out to a 27-8 half time lead.

Brisbane controlled the premiership quarter, kicking four goals to three to set up a big 55-26 three quarter time lead. The Lions kicked the only three goals of the last quarter to run away to a massive 49-point win to start their campaign.

The Lions fell a goal short of the Grand Final earlier this year, but they look to be in good shape at the start of season seven. Brisbane face a trip to take on GWS on Sunday, while Fremantle will host Geelong on Saturday afternoon. 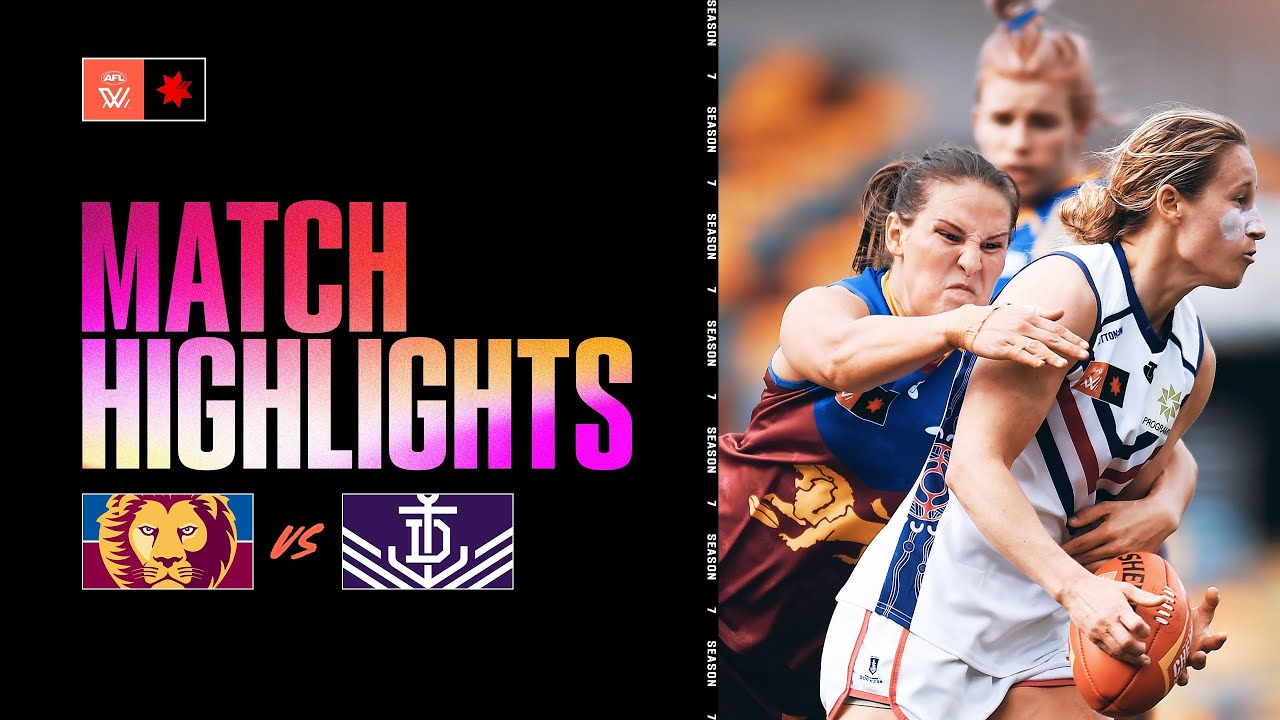 Geelong piped Richmond 15-11 on Sunday afternoon, with Georgie Prespakis kicking the match winner with just under one minute remaining. Geelong won a low scoring belter with hard hits and three goals between the sides, in a game that came down to the wire.

Prespakis got the Cats going, with the only goal of the third quarter the Cats got on the board. Geelong still trailed at three quarter time 8-10 despite keeping Richmond scoreless in the third. The game then came down to the wire, with no goals yet to be scored in the last quarter, Prespakis received a down field free kick with one minute remaining. She calmly slotted the winning goal for the Cats, as they stole a low-scoring thriller by four-points.

Geelong got their season off to the right start following a disappointing season six. Next up they will travel to face Fremantle on Saturday, while Richmond will host Adelaide on Saturday. 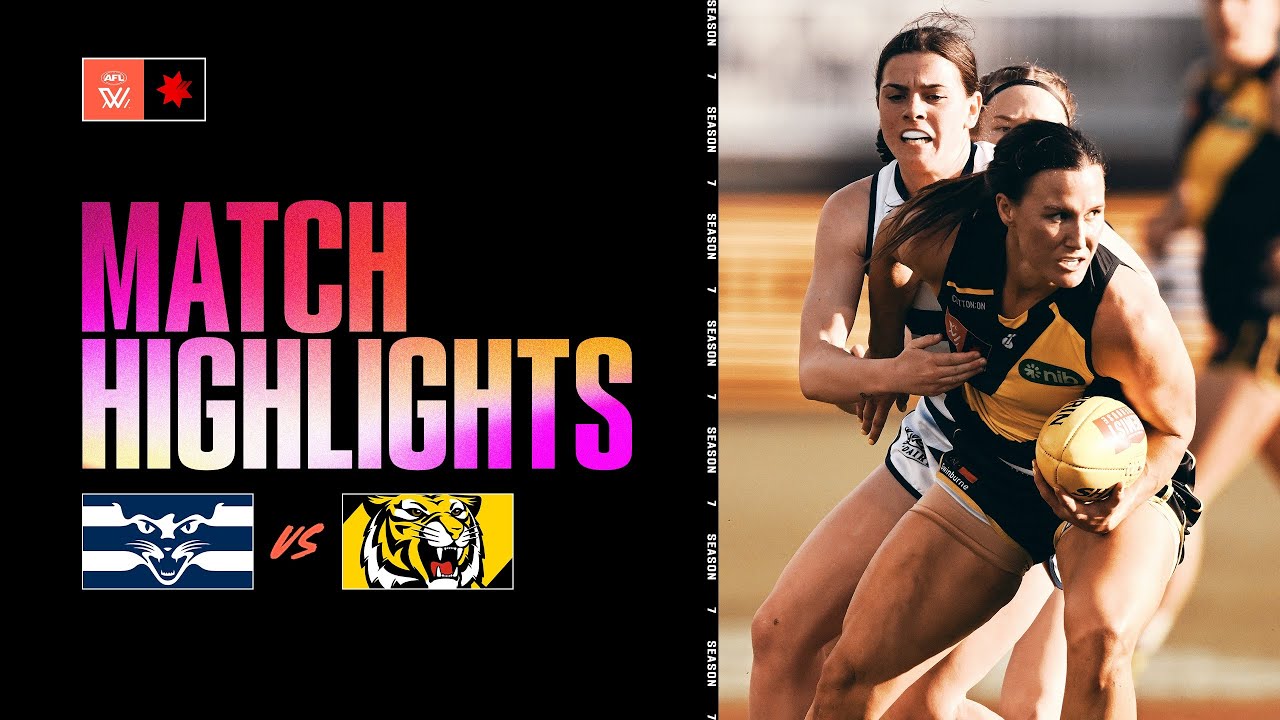