Greater Western Sydney defeated Geelong 53-35 on Friday night, to claim their 4th win of the year.

The Cats made a positive start in the 1st half, kicking 3 goals to 2 in the 1st quarter, including 3 of the 1st 4. Chloe Scheer got the opening goal of the 2nd quarter, before GWS climbed back to within a point at half time as they kicked the next 2 just before half time.

Sheer got the 1st after half time and gave the Cats back the lead. The Giants hit the front with back to back goals from Jess Doyle, and took a 5-point lead into 3 quarter time. Cora Staunton would be the hero for the Giants, her 2 final quarter goals, and 4 for the match would prove decisive, as the Giants kept the Cats scoreless in the last quarter to run out 18-point winners.

The Giants finished 2022 with 4 wins and in 9th position, Geelong finished with only 2 wins and a finish in 12th position. 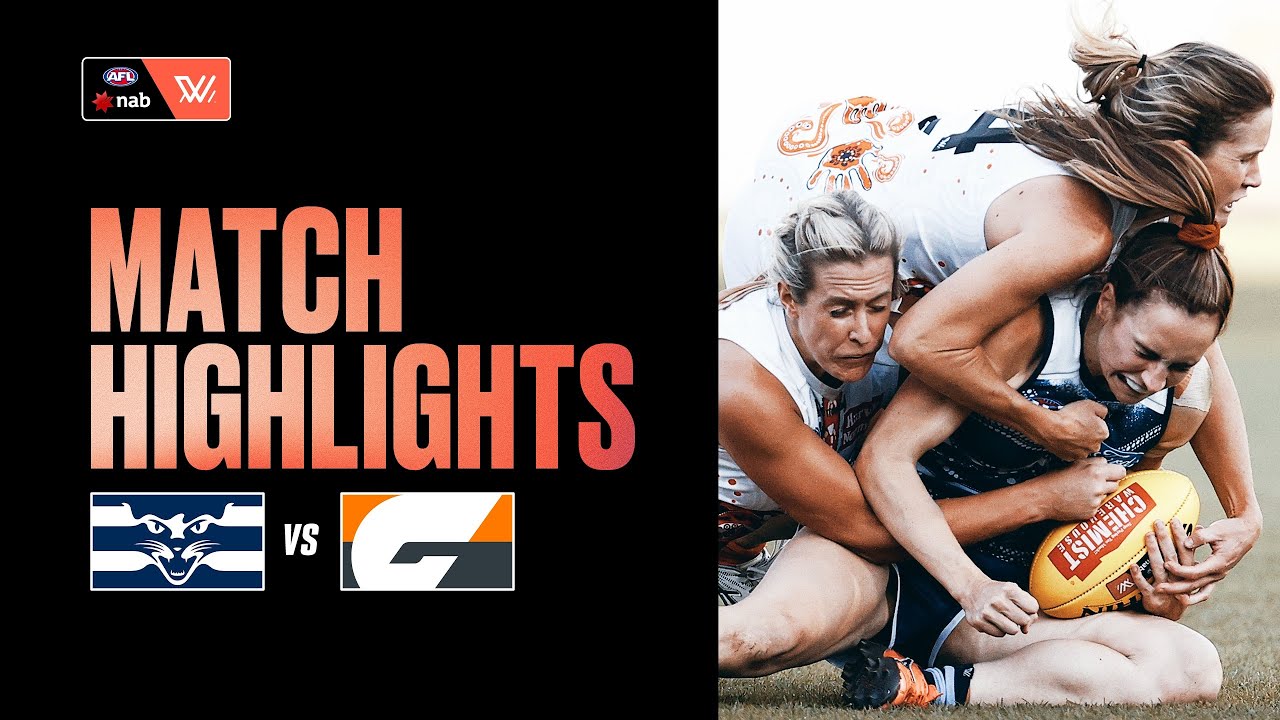 Collingwood booked their place in this years finals, with a 47-9 win over Richmond on Saturday afternoon.

After Sabrina Frederick got the opening goal of the 2nd half, Richmond finally got their 1st of the game through Emelia Yassir 8 minutes into the 3rd quarter. Sarah Rowe responded for the Pies, as they took a 31-9 3 quarter time lead. Collingwood kept Richmond scoreless in the last quarter, as Sophie Alexander scored 2 goals in the space of a minute, as Collingwood cruised to a 38-point victory.

This victory earned Collingwood 6th position, and they will travel to face Brisbane in next Saturday’s elimination final, in what looks an exciting contest. Richmond finished season 2022 with 3 wins and an 11th placed finish. 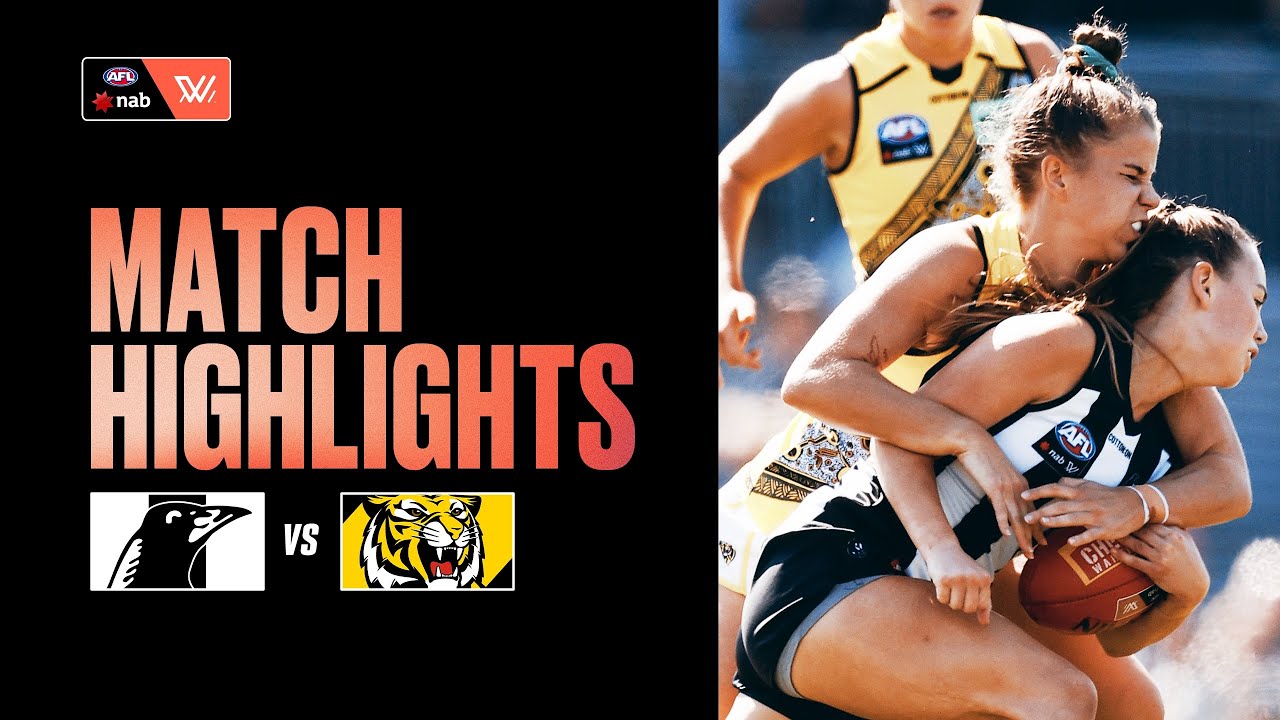 North Melbourne wrapped up 4th position, with a 59-20 win over West Coast, who with this loss were consigned to the wooden spoon for 2022.

The premership quarter belong to North, they kept the Eagles scoreless again, and kicked the only 3 goals, as they got out to a whopping 59-12 lead. I Lewis kicked the only goal of the last quarter, and West Coast’s 1st since the 1st quarter. But despite a scoreless last quarter from North, the Kangaroos had set up the win with enough damaage done in the 1st 3 quarters. Their 59-20 win ensuring their top 4 finish.

North will host Fremantle in a thrilling elimination final on Saturday afternoon, they finish the season 4th with 7 wins. This season is one to forget for West Coast, their single win the lowest winning tally in the competition, finishing wooden spooners for 2022. 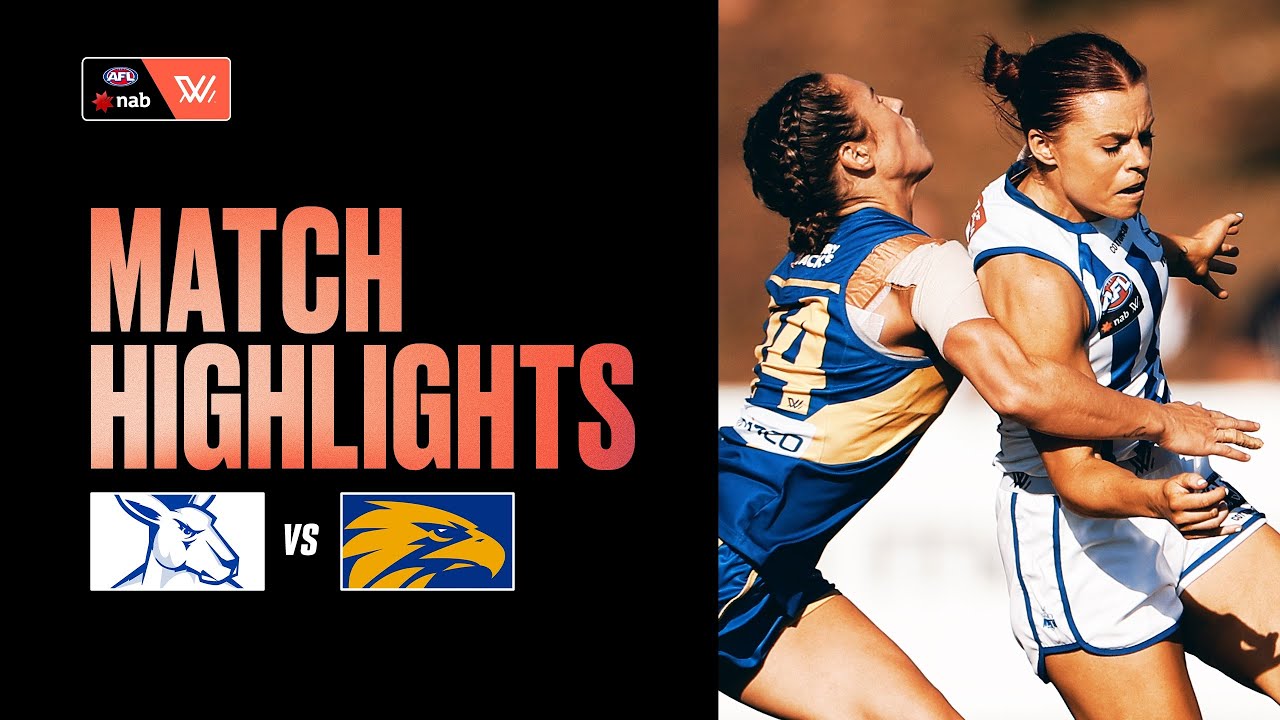 Melbourne secured a top 2 position, JUST! Holding off Carlton by a solitary point, in one of the games of the year.

In what was supposed to be a one-sided affair, and a dead rubber game for Carlton, Darcy Vesio’s set shot in the last 20 seconds could have won the game for Carlton, but her kick fell short and was rushed through, as the Dees held on by the barest of margins.

Melbourne kept the Blues scoreless in the opening quarter. Leading 2.3.15-0 at quarter time. Carlton got them selves well and truly back in the game in the 2nd quarter, kicking 4 goals to 2, as they climbed back to within 2 points at half time.

Daisey Pearce scored the only goal of the 3rd quarter, with a minute to play, as Melbourne kept the Blues scoreless and took a 33-25 final change lead. Nicola Stevens got the Blues back within a point with a clever soccer. With Melbourne leading by 2 points, Vesio was payed holding the ball with less then a minute left, 25 out on a slight angle. Her kicked was out to the right and rushed through with 20 seconds left. The Melbourne defence cleared and desperately held on as the final siren sounded, and Melbourne held off a fast finishing Carlton to deny them what could have been the upset of the year by a solitary point.

There was pure relief around Casey Fields, Carlton came into this game without any one giving them a chance considering they had nothing but pride to play for, and Melbourne had a top 2 spot on the line. Melbourne were certainly far from their best and very lucky to get out of jail.

None the less, Melbourne finished the season in 2nd position with 9 wins and only 1 defeat, only missing out on the minor premiership by percentage. They will host a preliminary final in week 2 of the finals. Carlton on the other hand, while their season started dreadfully and it looked like they were well and truly headed for a near bottom finish, finished their season off beautifully. Winning 3 consecutive games after a 1-5 start from round 6, and falling short by only a point to a side that had a top 2 place on the line. There is no doubt that there is a lot of promise for what the Blues can do in 2023, they will certainly believe they can contend for a top 6 finish. They came in at 8th place in 2022, with 4 wins.

The Brisbane Lions secured a 3rd placed finish, with a 66-34 win over the Bulldogs on Sunday.

After the Dogs got the opening goal, the Lions kicked the next 3 to get out to a 21-8 quarter time lead. The Dogs got back into the game in the 2nd quarter, kicking 3 goals to 2 to bring the margin back to a goal at half time, Brisbane leading 33-27.

The premership quarter belong to the Lions, they got the openning 3 goals to blow the margin out to 26-points. Richelle Cranston pulled back the Dogs only goal of the 3rd quarter, as the Lions took a 20 point 3 quarter time lead. Goals in the last quarter from Courtney Hodder and Taylor Smith wrapped up a 32-point win for the Lions, as they kept the Dogs goalless in the last quarter.

This win means Brisbane finish 2022 in 3rd position, they will host an elimination final against Collingwood on Saturday. The Western Bulldogs finished 2022 in 7th position, with 4 wins. 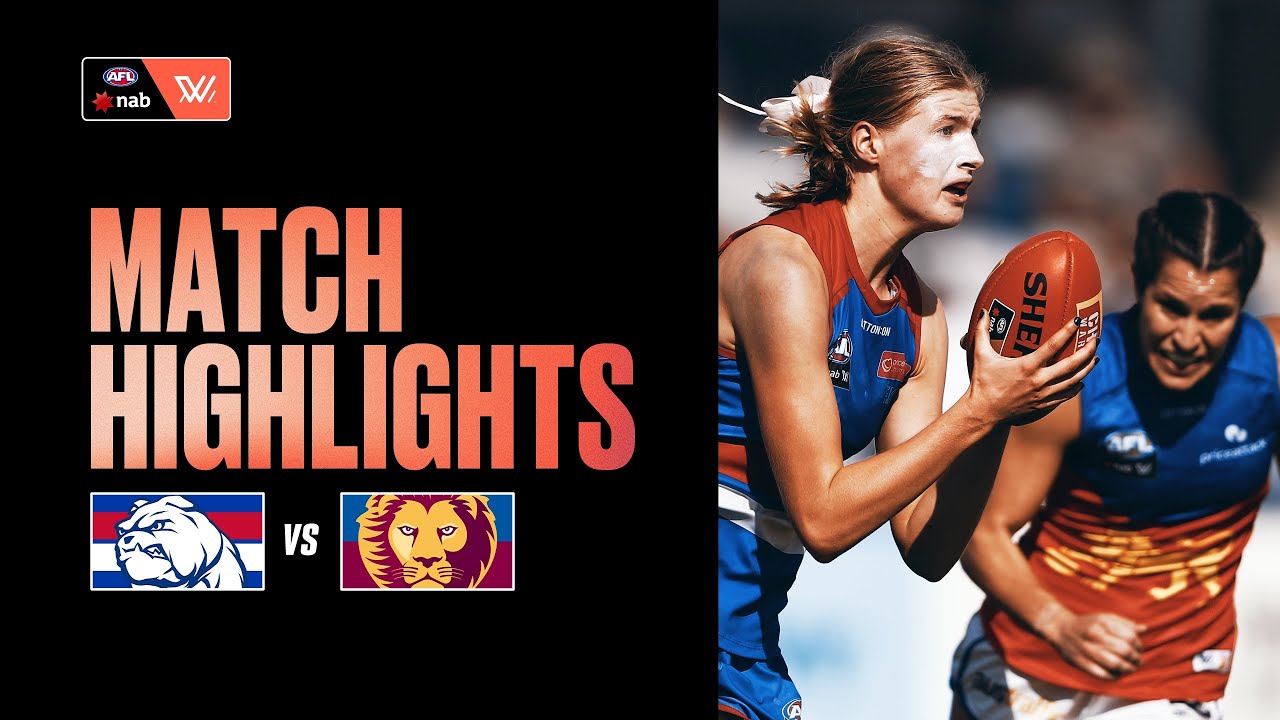 Adelaide secured the minor premiership, with a 53-14 demolishing of St Kilda on Sunday.

The Crows were kept goalless in the 1st quarter, as Hannah Preist got the only goal of the openning quarter, with the Saints leading 6-3 at quarter time. It was all Adelaide beyond this, kicking the only 3 goals of the 2nd quarter, to get out to a 25-6 half time lead.

After the Crows got the 1st goal of the 3rd through Caitlin Gould, the Saints broke their duck through Jess Matin. Stevie-Lee Thompson got the Crows out to a 39-14 3 quarter time lead. The Crows kept the Saints scoreless and kicked the only 2 goals of the last quarter, to run out to a 39-point win.

This win wrapping up the minor premiership for Adelaide, winning 9 games and only the 1 defeat for 2022. They will host a preliminary final in Adelaide in week 2 of the finals and are 1 win away from hosting another grand final. St Kilda have had a season to forget, coming in 2nd last in 13th position, only 2 wins for the season.

Fremantle secured 5th position with their 46-9 win over the Gold Coast on Sunday. The Dockers kept the Suns goalless for the entire contest.

Gemma Houton got the only goal of the 1st quarter as the Dockers had a 6 point quarter time lead. Kara Antonio and Aine Tighe gave Fremantle a 15-point half time lead, 20-15.

This win secures 5th place for Freo, and they will travel to face North Melbourne in next weeks elimination final. Gold Coast finished their season in 10th place with 3 wins.

We are all set for finals footy next week, after a stellar AFLW home and away season, get pumped AFLW fans.