The Western Bulldogs won a thriller against Fremantle on Friday night 23-20.

Gabby Newton’s late goal saw the Bulldogs continue their perfect start to the season, while Fremantle slumped to a 0-3 start in season seven.

Fremantle kicked the only goal of the third quarter, taking a 20-15 three quarter time lead. Newton would become the hero for the Dogs, taking a mark and kicking the match winning goal with eight minutes remaining.

The Dogs got over line by three points to start their season 3-0, despite the challenge from a winless Fremantle. The Dogs will almost certainly make a 4-0 start when they face Hawthorn next Sunday. Fremantle will host Carlton on Saturday afternoon. 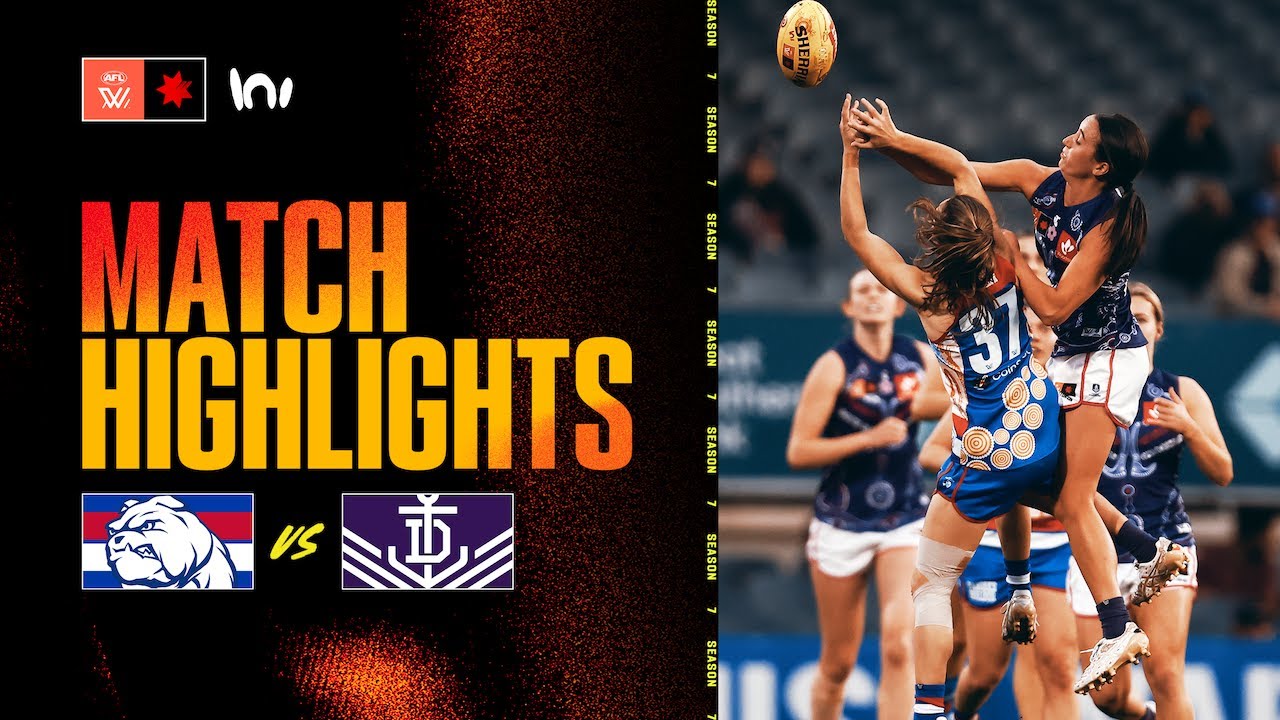 The sides went goalless in the third quarter, with the sides locked up at 16 at the final change. Adelaide got the only two goals of the last quarter as they got away to a 14-point victory. Their second win of the year.

Adelaide will travel to face Collingwood on Sunday. North will host Geelong in Tasmania on Friday night.

GWS won the first Sydney Derby against the Sydney Swans 65-18 on Saturday.

GWS kicked three goals to one in the third quarter to take a 54-17 three quarter time lead and added the only goal of the last quarter to run away to a big 47-point win.

The Giants will look to continue winning form when they host West Coast on Saturday. While Sydney will seek its first win when they travel to face Port Adelaide on Saturday. 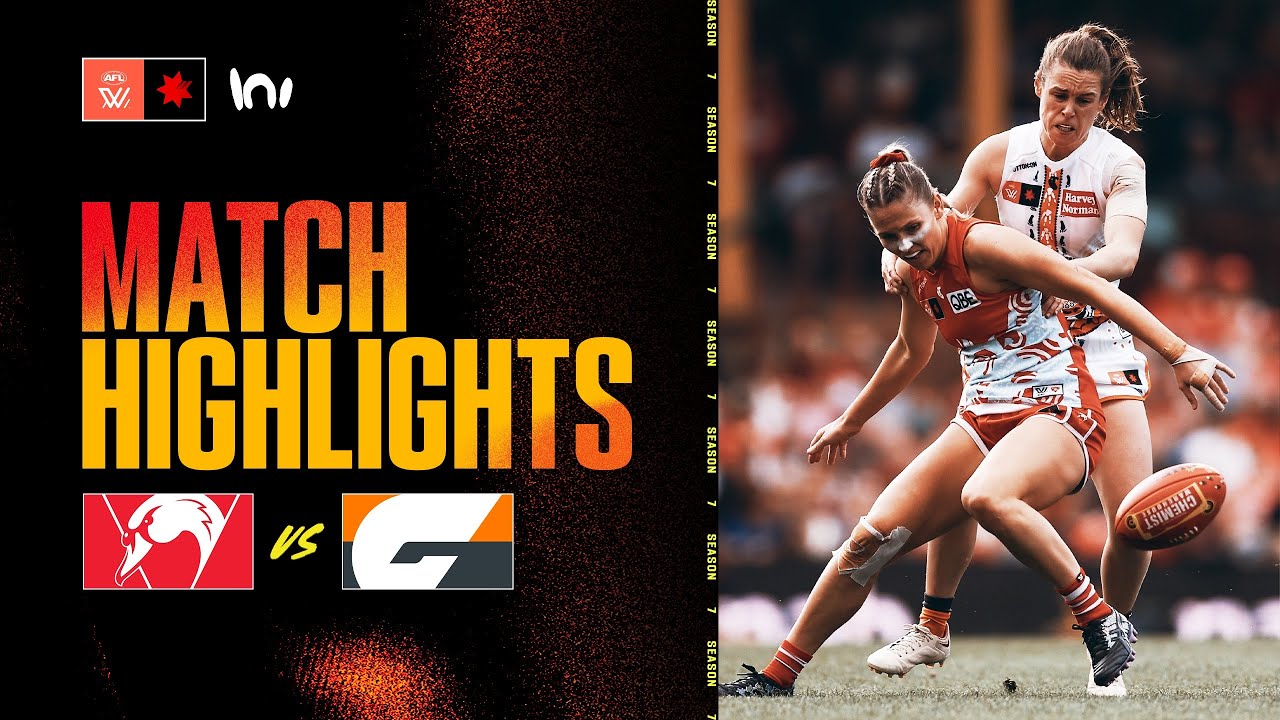 Jordan Allen with the winning goal in the last quarter, as Collingwood scraped home in a low scoring affair.

There were no goals in the first half, both sides scoring one-point each in the first quarter. Collingwood leading 3-1 at half time.

Ally Porter broke the draught for Collingwood in the third quarter with the openning goal of the game. Georgia Clark responded for the Cats as the scores were tied at 9 at the final change. Allen would prove the hero for the Pies, her mark and set shot proved the match winning moment for the Pies. As with Geelong missing some late chances, Collingwood were able to hold on for a four-point win. 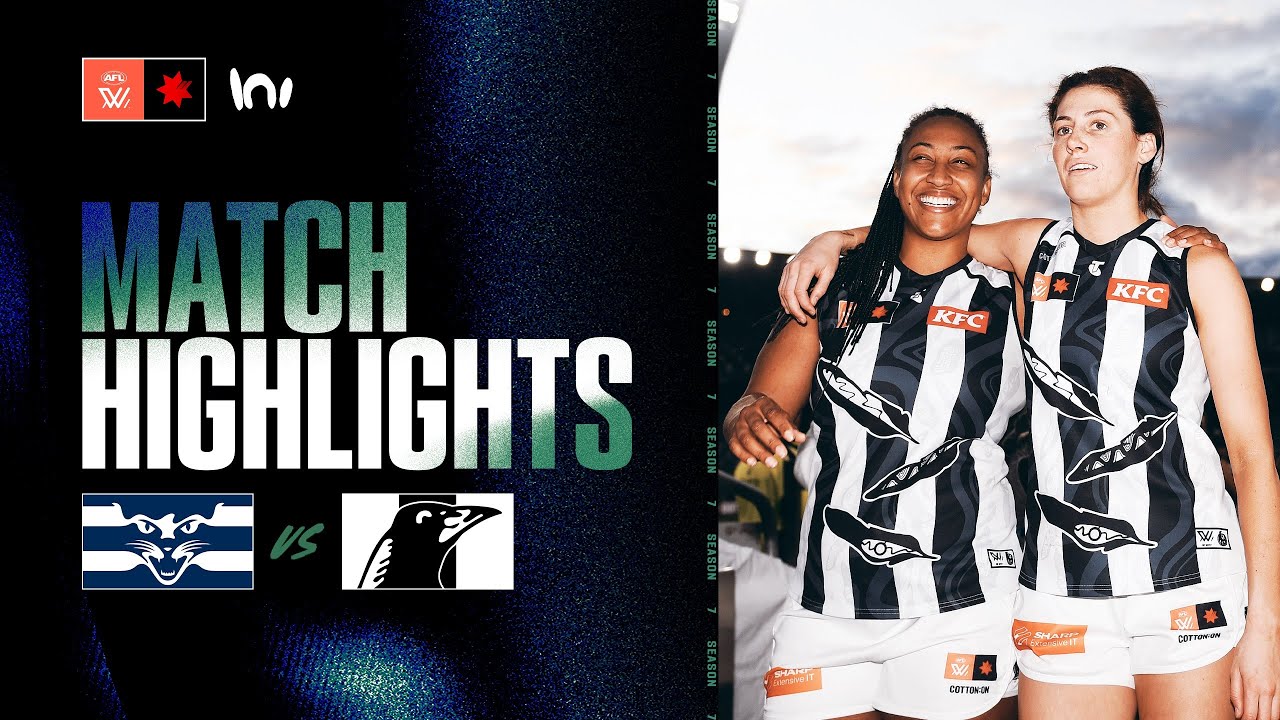 Brisbane kicked four goals to one in the third quarter, taking a 68-7 at the final break. Before kicking the only two goals of the last quarter to destroy the Suns by 73-points.

Brisbane will travel to take on Melbourne on Sunday. Gold Coast will host St kilda on Saturday afternoon. 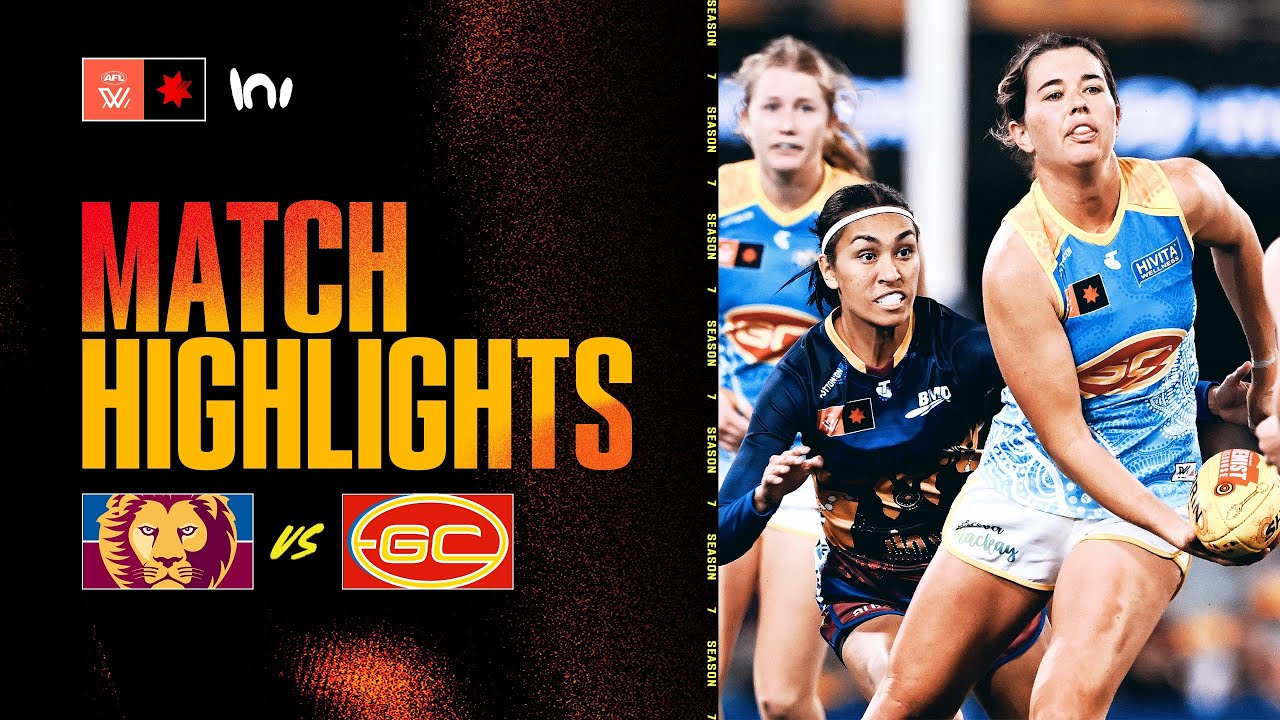 Carlton played out a thrilling 27-27 draw with Port Adelaide on Sunday afternoon.

Carlton got the only two goals of the first quarter to lead 13-1 at quarter time. Port hit back against all odds in the second quarter, kicking the only four goals and keeping the Blues scoreless to take a 26-13 half time lead.

Breann Moody kicked the only goal of the third quarter to draw Carlton back to a three quarter time margin of only 19-27. Jess Dalpos drew Carlton within two points. Before Darcy Vesio marked with a chance to give the Blues the lead but missed her set shot. Valomua Laloifi took another shot to give the Blues the lead, but her shot hit the post and tied things all up. Lily Goss was awarded a free kick moments out from the siren 50 meters out. With unawareness of the time left, she threw it on the boot towards the top of the square as the final siren sounded with the ball hitting her boot and her shot falling short, resulting in the seasons first draw.

Port Adelaide put up a gallant effort, earning them their first ever points in AFLW history, despite falling short of victory. Port will look to carry momentum into their clash against another winless side in Sydney next Saturday. Carlton will travel to face Fremantle on Saturday. 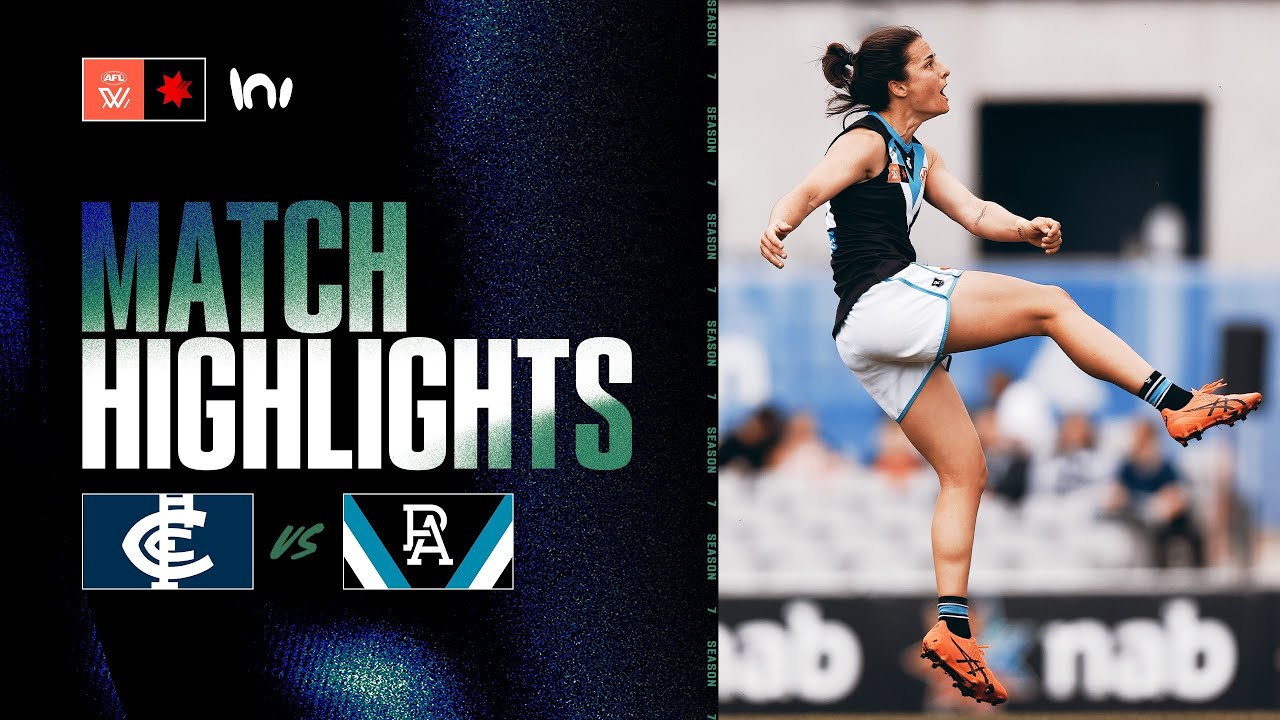 Melbourne (Naarm) made it three straight victory’s with a 46-20 win over St Kilda on Sunday.

It was Melbourne’s first term that set up the win, scoring the only six goals and keeping the Saints scoreless to lead 37-0 at quarter time. St Kilda kicked the only goal of the second quarter, as Melbourne took a 39-7 half time lead.

St Kilda kicked the only goal of the third quarter, but still trailed 43-13. Just the previous two quarters, the Saints got the only goal of the last quarter, as despite Melbourne being held goalless after quarter time, they were good enough to win by 26-points and make the perfect start to season seven.

Melbourne will look forward to hosting the Brisbane Lions on Sunday, looking to continue their unbeaten run. St Kilda will travel to take on the Gold Coast on Saturday. 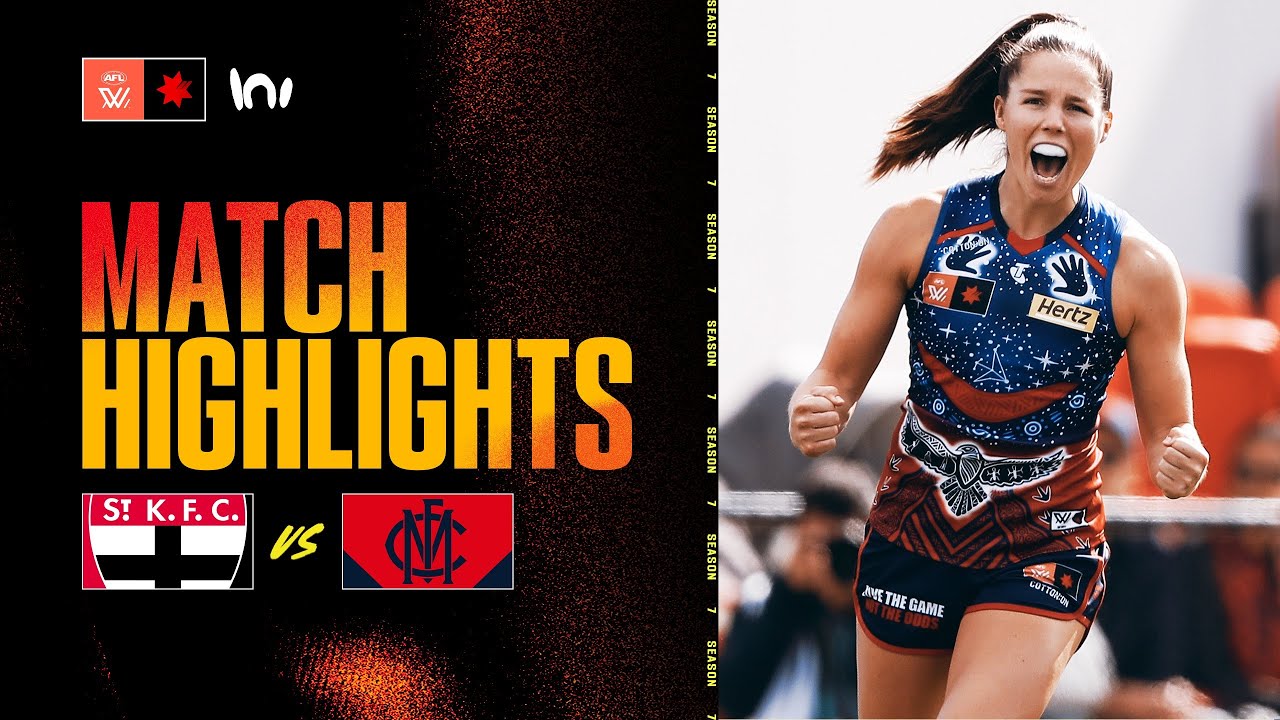 Richmond kicked the only two goals of the third quarter and kept Hawthorn scoreless to lead 37-7 at three quarter time. Richmond managed the only goal of the last quarter, as they ran away to a 35-point win and their first of the season.

Richmond will face Essendon on Sunday, while for Hawthorn it gets no easier when they host the undefeated Bulldogs on Sunday. 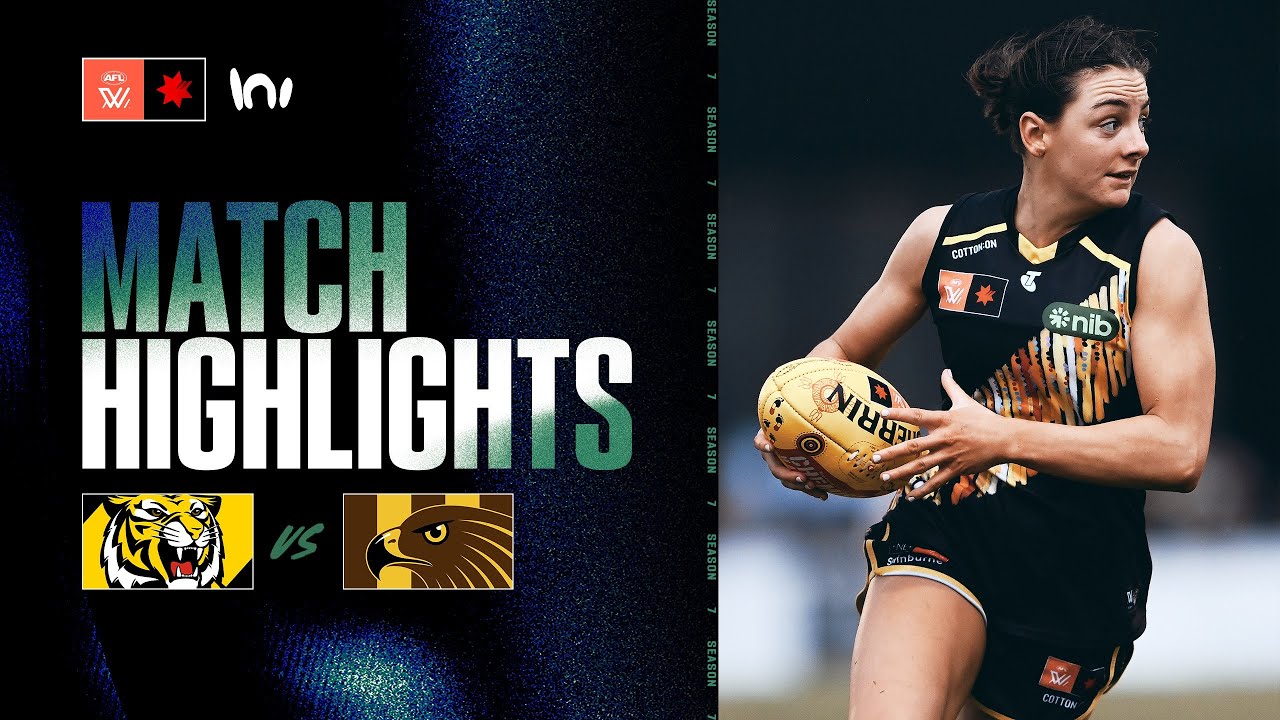 It was a Bomber blitz of a first half. Kicking the only five goals of the first quarter to lead 32-2 at quarter time. Essendon kicked four goals to two in the second quarter to take a 58-13 half time lead.

The sides added a goal each in the third quarter with Essendon leading 64-18 at the final break. Before Essendon went onto score three goals to one in the last quarter, as they ran out 52-point winners.

Essendon’s second win of the year and they were emphatic, they will look to continue this form when they host Richmond on Sunday. While West Coast will travel to face GWS on Saturday. 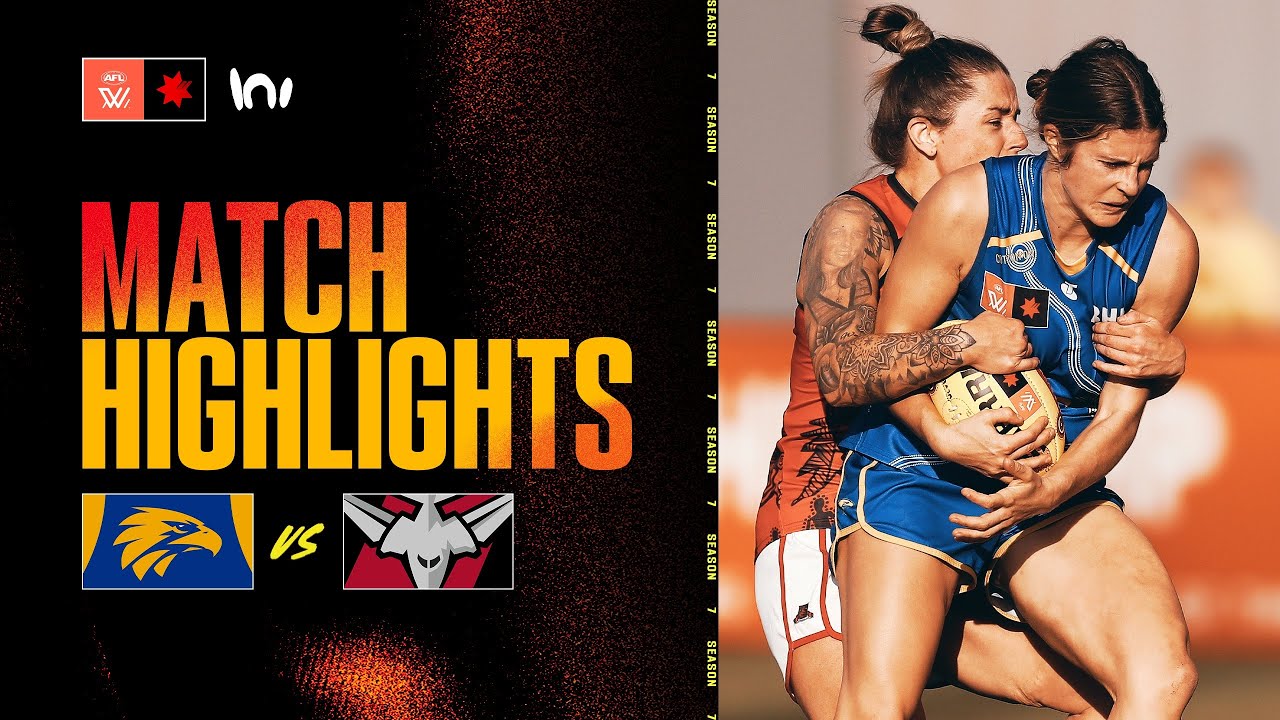