The sides added a goal each in the third quarter, as North took a 28-9 three quarter time lead. Geelong got the only goal of the last quarter, despite keeping North scoreless, North were still good enough early in the game to earn a 12-point victory.

North starting 2-2 with this win, with North to face the Bulldogs on Friday afternoon. Geelong will host St Kilda on Thursday evening. 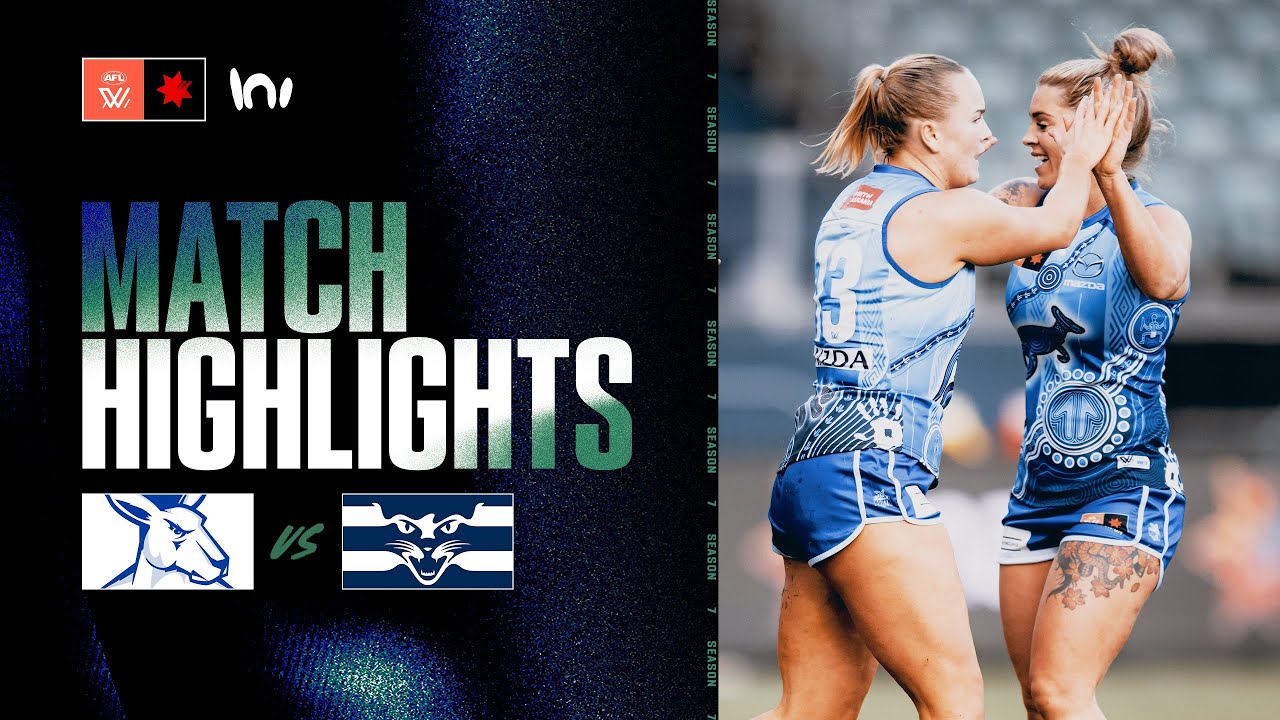 The sides went scoreless in the third quarter, whilst West Coast added the only behind of the last quarter, as they got over the line by seven-points.

West Coasts second win of the year, they will look forward to the Derby with Fremantle on Thursday. GWS will travel to face Adelaide on Sunday. 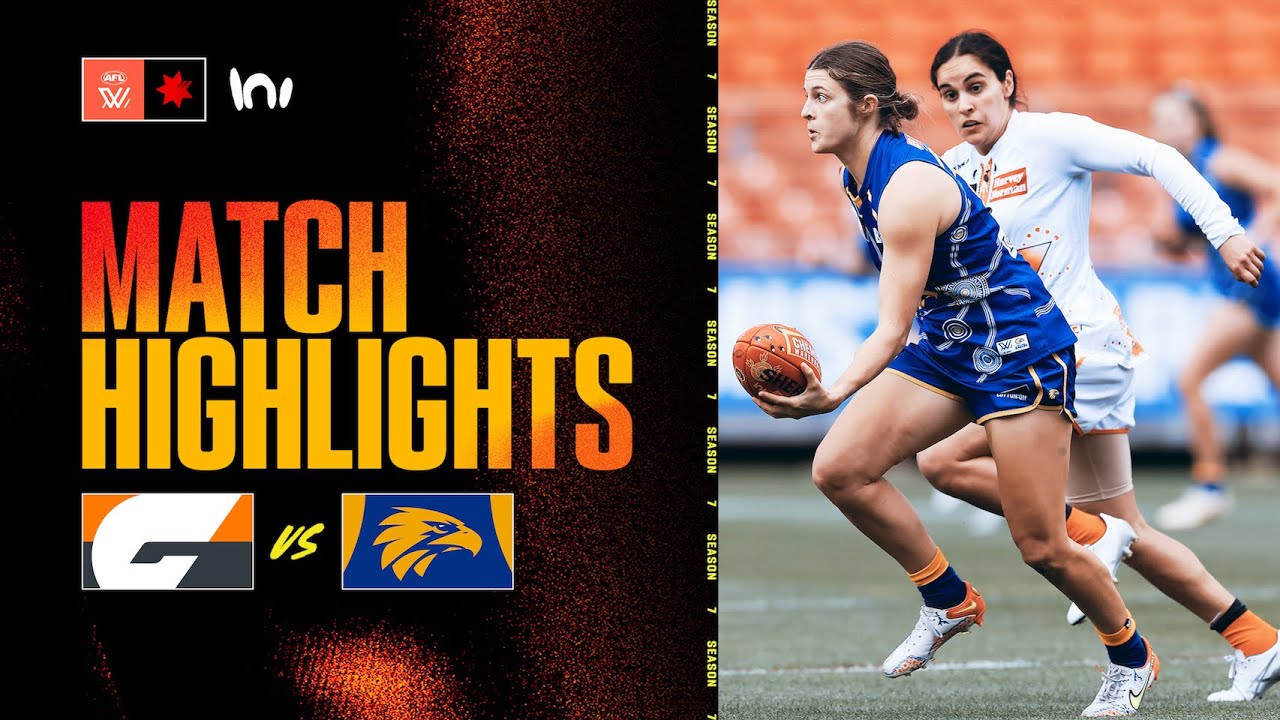 Gold Coast Suns upset St Kilda 42-28 on Saturday afternoon. After getting destroyed in the Q clash last week, it was a strong response from the Suns against the odds.

Both sides kicked a goal each in the first quarter, with Gold Coast leading 11-6 at quarter time. Gold Coast kicked the only goal of the second quarter to lead 20-8 at half time.

As the Suns won game number two for the year, they will look forward to hosting Port Adelaide on Sunday. St Kilda will travel to face Geelong on Thursday. 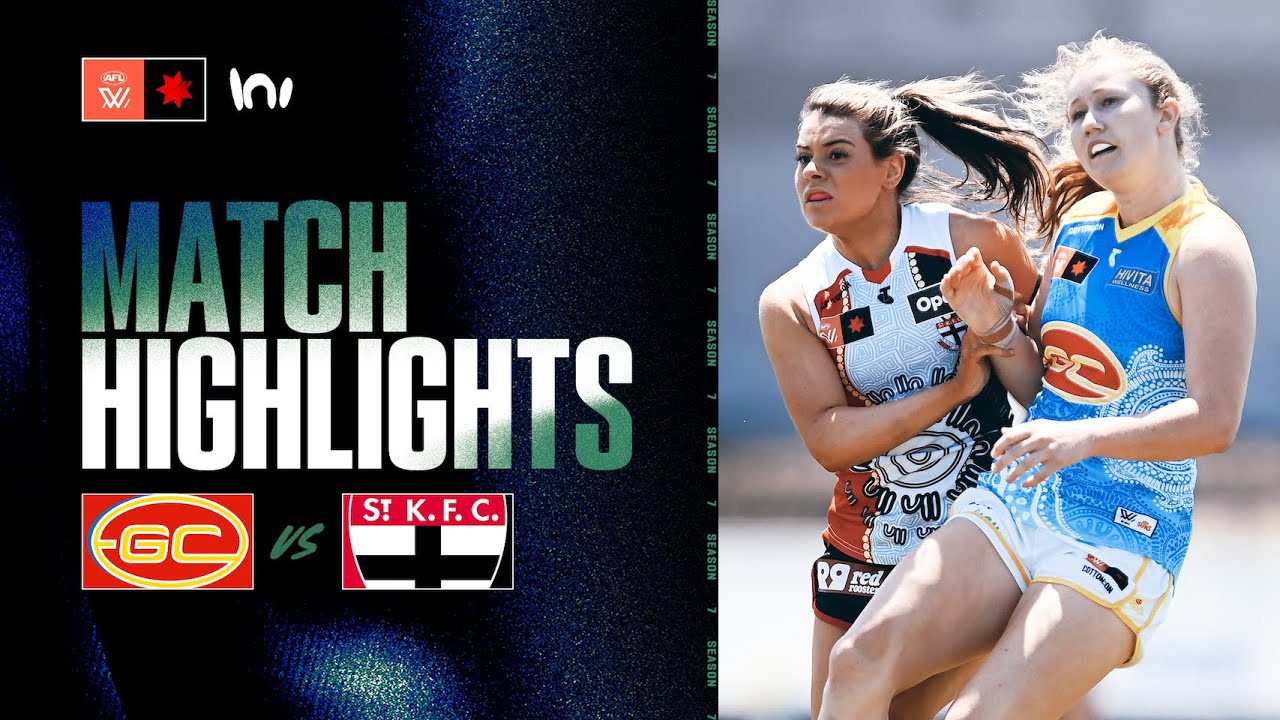 As Port kept Sydney goalless for the whole afternoon, they kicked the only three goals of the first quarter, but went goalless in the second quarter with a 22-1 half time lead.

Port blew Sydney out of the water in the third quarter, adding a further five goals to take a 54-2 three quarter time lead. Port Adelaide added a further two goals in the last quarter and kept the Swans scoreless to run away with a massive 66-point win and claim their first ever victory. 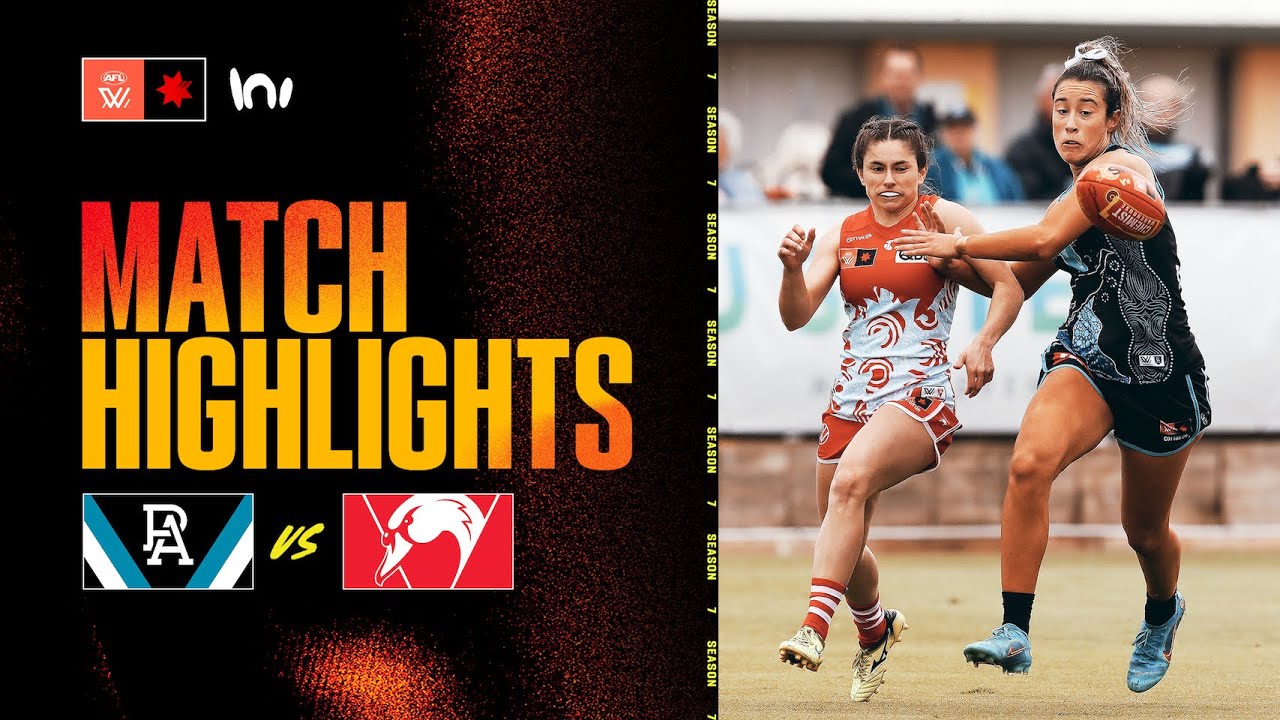 Fremantle and Carlton played out a thrilling 32-32 draw on Saturday afternoon.

With Carlton coming from behind to be a point ahead late, Aine Tighe recieved a free kick 15 out from goal with a pretty simple chance to win it for Fremantle, but blasted it well off to the left. Resulting in the Blues second consecutive draw.

Fremantle made all the running early, kicking the only two goals of the first quarter to lead 12-0 at quarter time. Fremantle kicked two goals to one in the second quarter to take a 24-6 half time lead.

Carlton kicked the only goal of the third quarter, trailing at three quarter time 25-12. Annie Lee kicked the opening goal of the last quarter, before Jess Good marked and put Carlton up by a point. Amy Franklin regained the lead for Fremantle, before Breann Moody sharked it out of the ruck and put Carlton back in front by the slimist of margins. 1:25 out from full time, the umpire payed a hold to Tighe who had the chance to win it for Fremantle. Alas she horribly sprayed her kick horribly for a behind, as the Carlton defence held out for another draw. 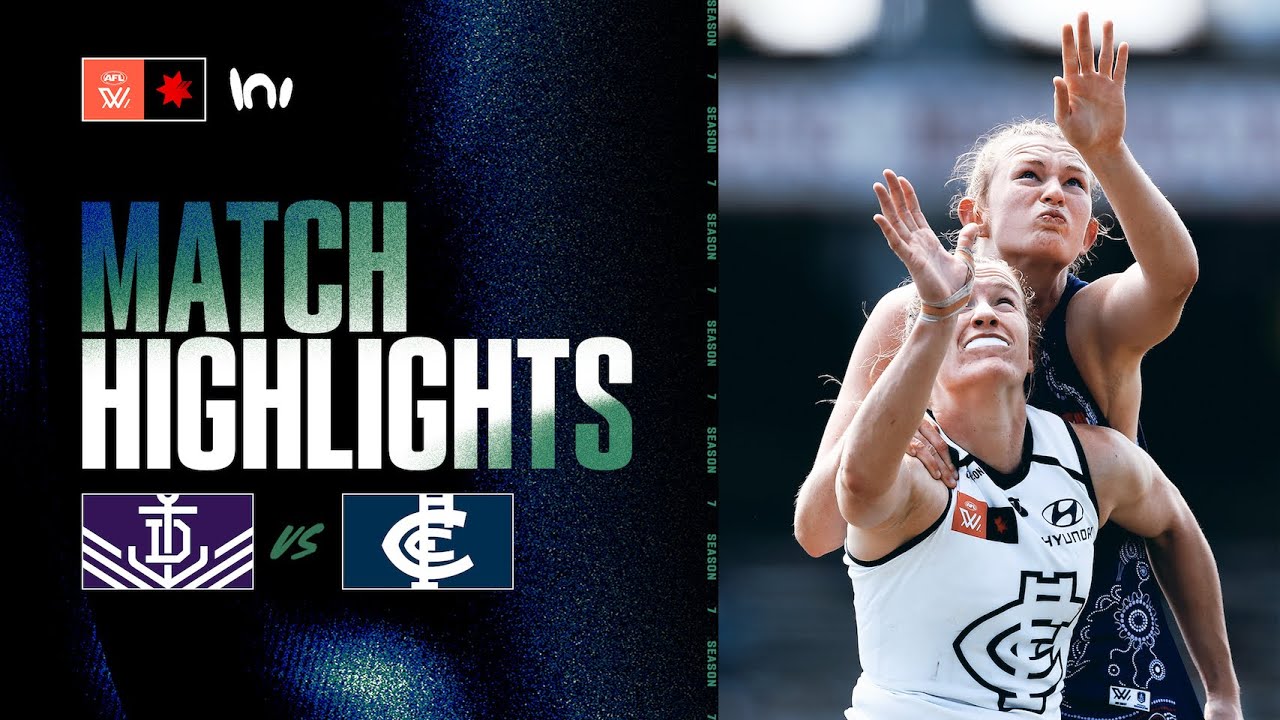 The Western Bulldogs continued their unbeaten start to the season, defeating Hawthorn 37-7 on Saturday.

The sides went scoreless in the first quarter, before the Bulldogs kicked three goals to one to take an 18-6 half time lead.

The Bulldogs kicked the only two goals of the third quarter, taking a 31-6 three quarter time lead. Before adding the only goal of the last quarter, as the Bulldogs made it four wins on the trot to remain one of the only two unbeaten sides after four rounds.

The Dogs will look to continue this form when they host North Melbourne on Friday. Hawthorn will face another winless side in Sydney on Friday, hoping they can potentially win their first game after the horror start to their debut season. 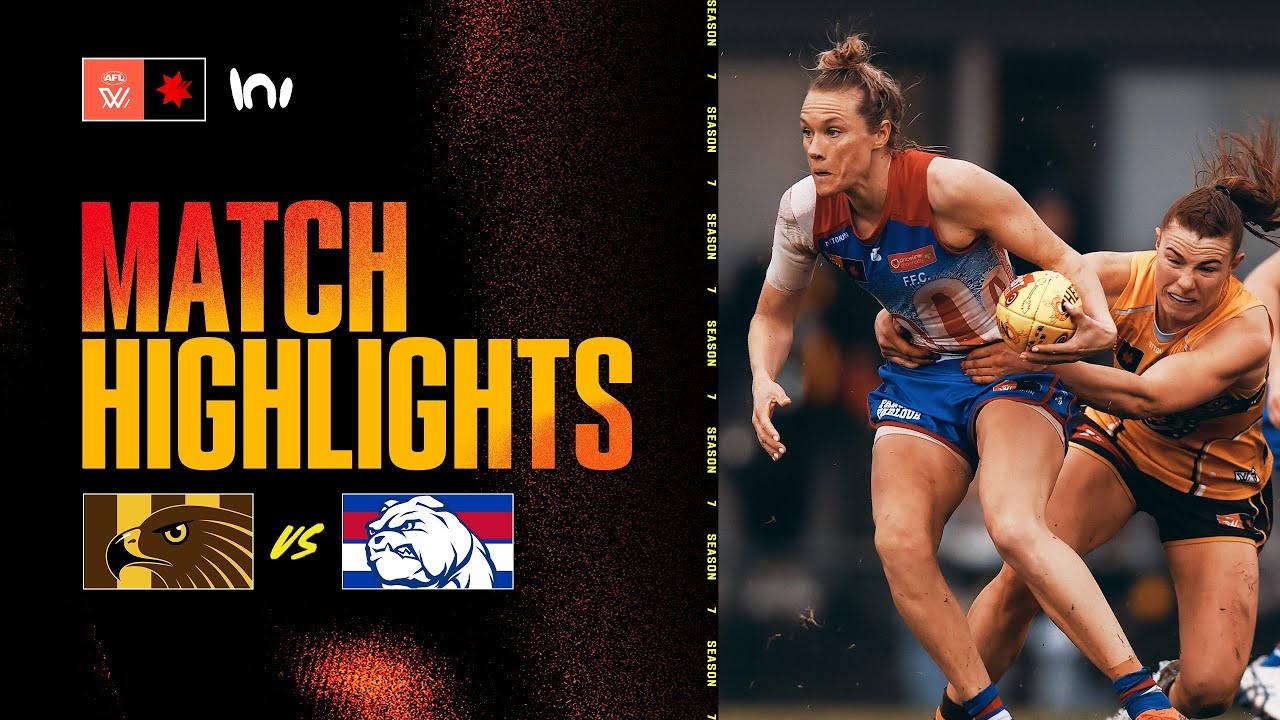 Collingwood got the only goal of the third quarter, with Adelaide still leading 19-13 at the final change. No goals were added, but an inaccurate Collingwood scored three behinds to Adelaides two, as Adelaide held on for a five point victory to make it three on the trot. 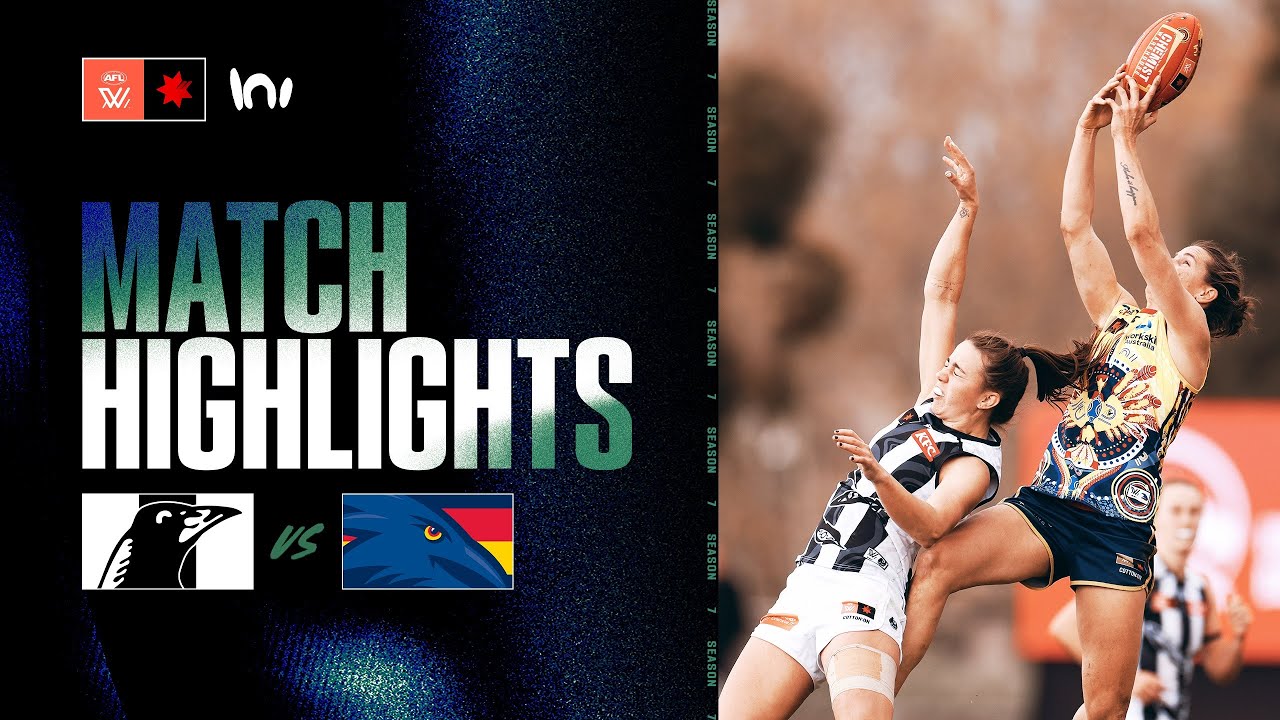 Richmond defeated Essendon in a thriller 26-24 on Sunday.

Essendon got the only goal of the first quarter to lead 9-1 at quarter time. Richmond kicked the only two goals of the second quarter to jump into an 18-9 half time lead.

The sides added a goal each in the third quarter, with Richmond leading 24-18 at three quarter time. With one minute remaining, Amber Clarke’s goal from 50 brought the margin back to one-point. A late Kate Brennan behind extended the winning margin to two-points, as Richmond held out strongly in the end for their second win of the year.

Richmond will look forward to a huge clash with the Brisbane Lions on Saturday morning, while Essendon face a big challenge in Essendon on Friday. 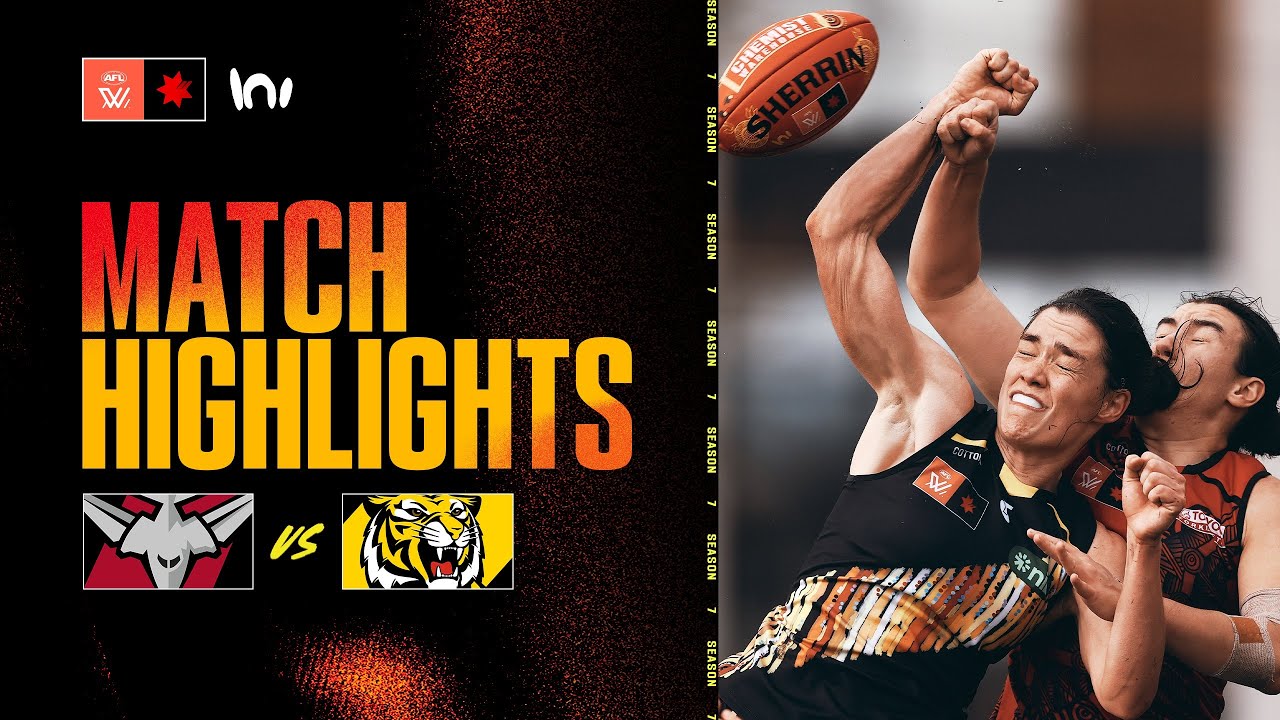 Brisbane won the battle of the undefeated’s against Melbourne 42-27 on Sunday afternoon.

Melbourne kicked three goals to one in the first quarter to lead 19-6 at quarter time. Brisbane got the only two goals of the second quarter and kept Melbourne scoreless, as Melbourne took a 19-15 half time lead.

The sides added a goal each in the third quarter, with Melbourne leading 26-22 at the final change. Brisbane put on the charge in the final quarter, kicking the only three goals to run over top of Melbourne by 14-points.

This is Brisbane’s fourth win on the trot and they move to the top of the table unbeaten after four rounds. They will look to continue the unbeaten run when they travel to face Richmond on Saturday. Melbourne will look to bounce back from this defeat when they take on Carlton on Friday night. 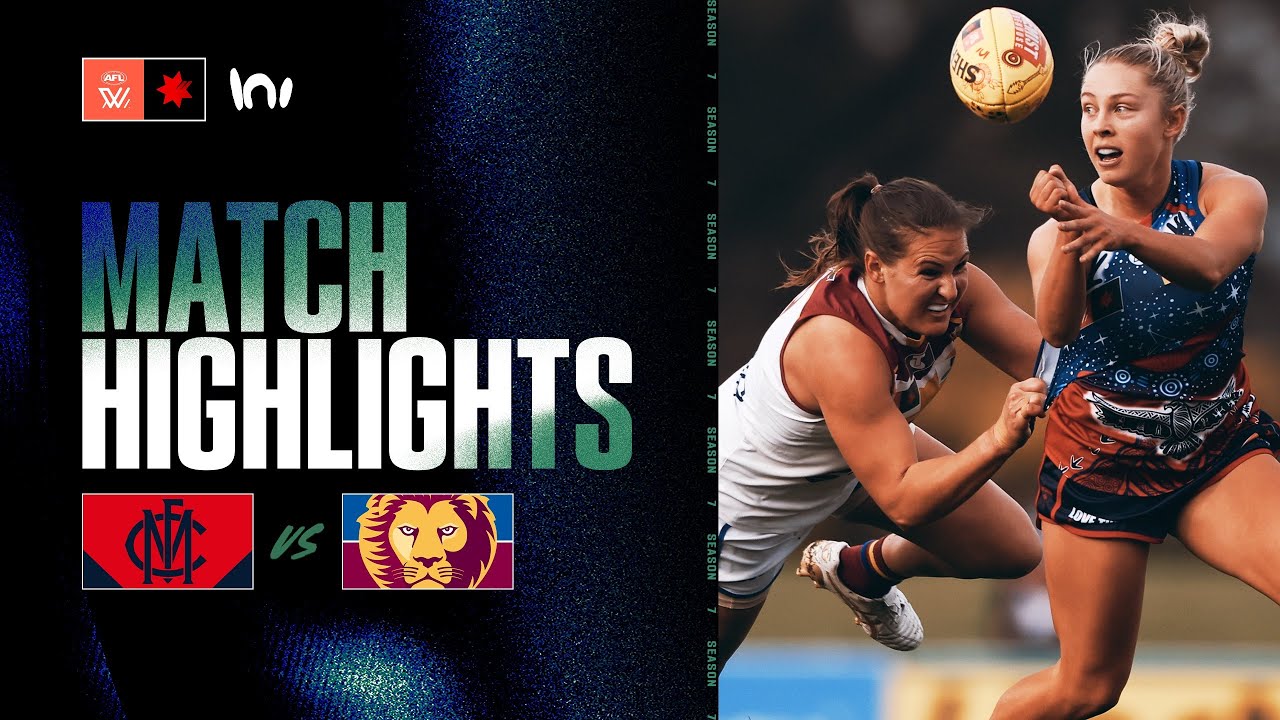