The Saints kept Geelong goalless for the contest. They got the opening goal of the game through Kate Shierlaw on the stroke of quarter time. Caitlin Greiser got the Saints 2nd 4 minutes into the 2nd quarter, as the Saints took a 17-3 half time lead. 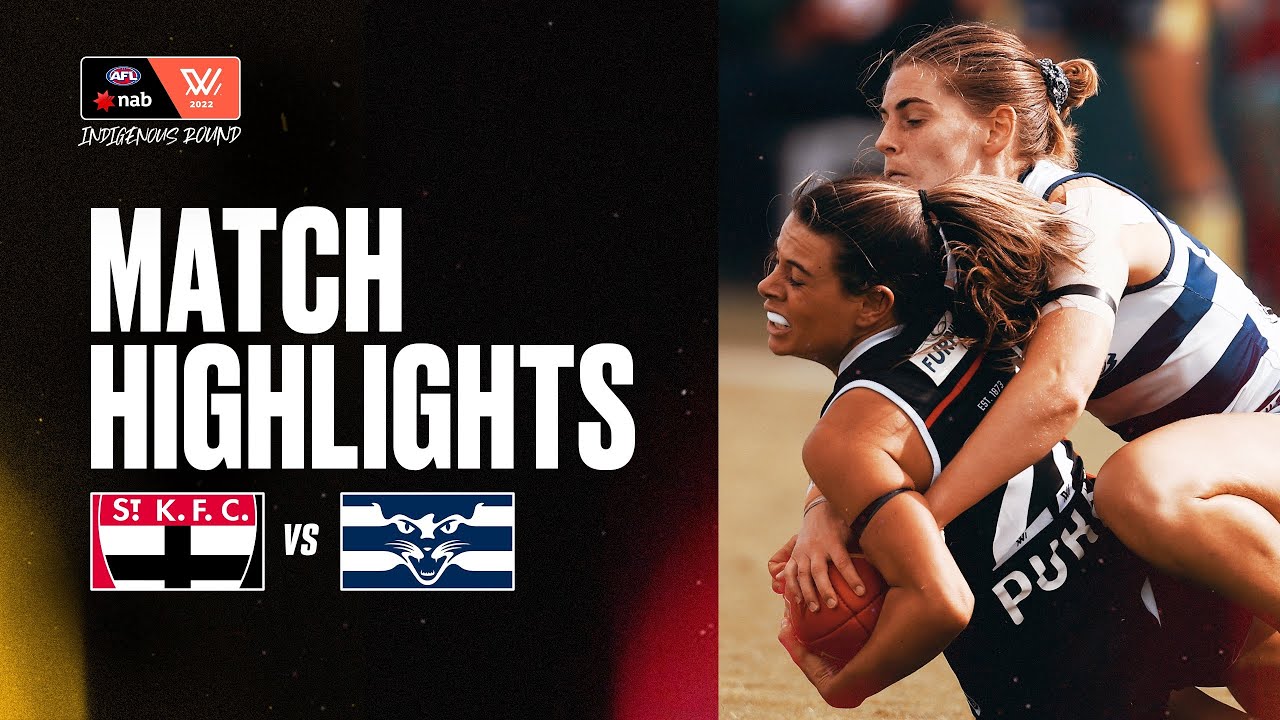 Richmond held on to defeat GWS on Saturday afternoon 46-38.

Despite a last quarter attempted comeback from the Giants, where they kicked 4 consecutive goals, the Tigers were still good enough to hold out by 8-points. The Tigers were fresh out the blocks early, kicking the opening 5 goals in the 1st quarter. The Giants got their game going in the second quarter, pulling back 2 goals of their own and keeping Richmond goalless. They got the margin back to 19 at half time.

The Tigers gained ascendancy again in the 3rd quarter, kicking the only 2 goals and keeping the Giants scoreless. Extending the 3 quarter time margin to 31-points. The margin was still as such with 10 minutes remaining before the Giants went on a rally. Cora Staunton kicking 2 quick goals. Bec Privitelli got the Giants 3rd consecutive major. Staunton kicked her 3rd of the last quarter to give the Giants real hope. But it was too little, too late. Richmond’s first 3 quarters were good enough to see them home.

Richmond will round out season 2022 against Collingwood on Saturday afternoon. GWS will wrap up their season against Geelong on Friday night. 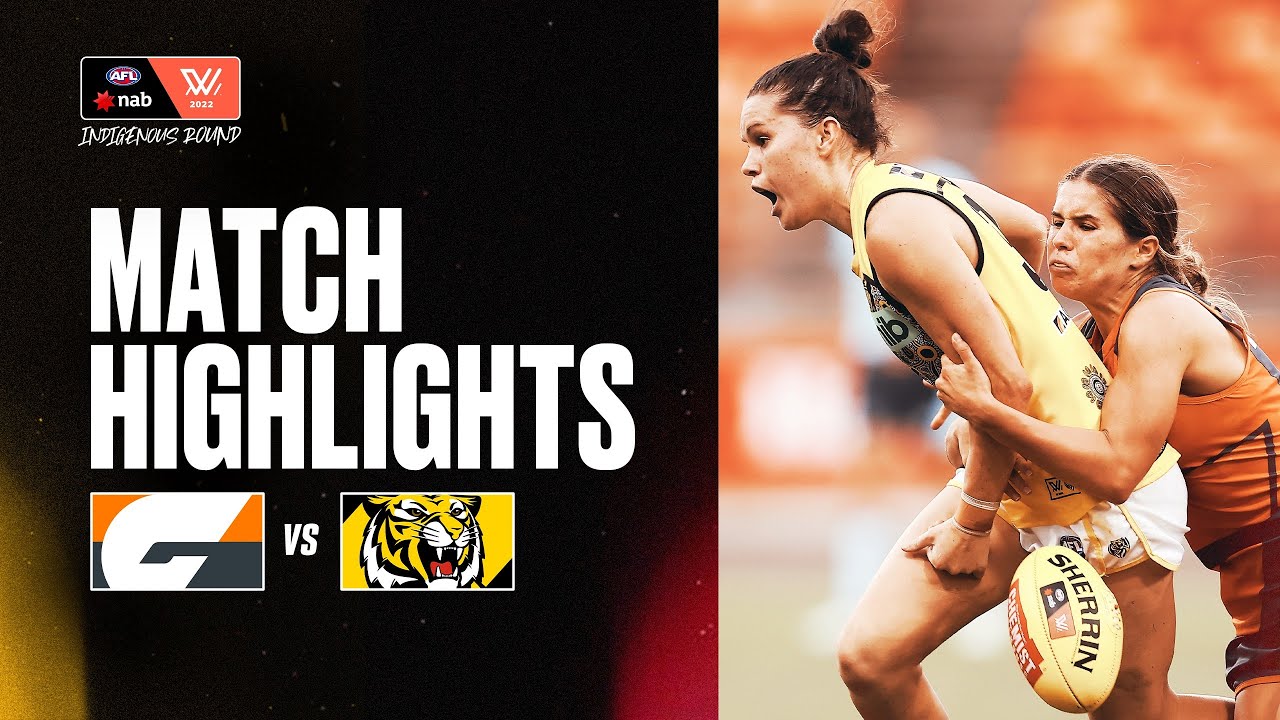 It was the clash of 2nd vs 3rd on Saturday night, and it was handsomely won and dominated by the Melbourne Football Club. Breaking the record AFLW score in their 107-19 demoralisation of Fremantle.

After Fremantle’s Makaela Tuhakaraina got the opening goal of the game, Melbourne went on a domination spree. Kicking the next 14 goals of the game. Keeping Fremantle goalless in the 2nd quarter, adding 3 goals of their own to get out to a 34-point half time lead.

The domination continued in the 3rd quarter, as Melbourne kept the Dockers scoreless and added 7 goals of their own, blowing out the 3 quarter time margin to 77-points. After Melbourne kicked their 14th consecutive goal at the start of the last quarter, Hayley Miller finally kicked the Dockers 1st since quarter time. 2 goals from Tayla Harris ensured that Melbourne became the 1st side in AFLW to score 100 points. As Maggie Maclachlan pulled back a consolation goal for Fremantle, the Dees cruised to an 88-point, record breaking victory.

Melbourne can secure their top 2 finish and a home preliminary final, when they host Carlton on Saturday night. Fremantle will have their finals dress rehursal when they host the Gold Coast Suns on Sunday. 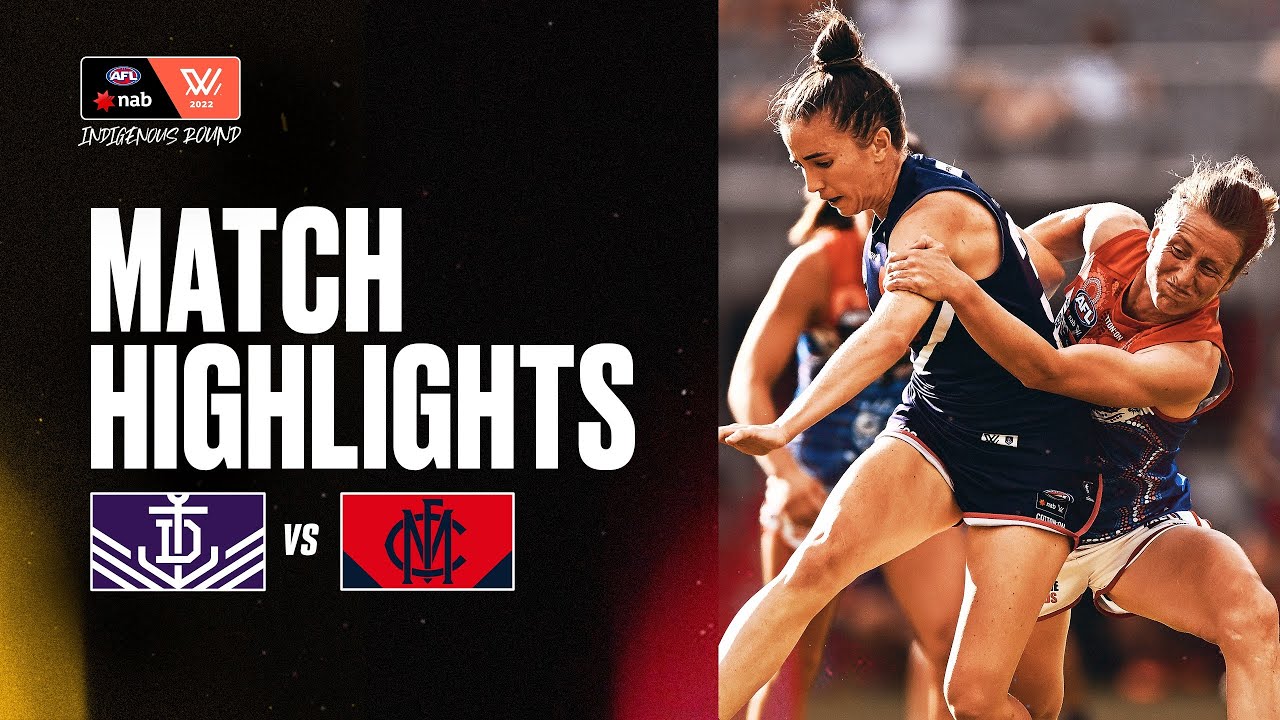 The Western Bulldogs also destroyed the West Coast Eagles by 60-points, keeping them to only 1 goal for the game, in their 68-8 win on Saturday night.

The Dogs kept the Eagles scoreless in the 1st half, kicking 1 goal in the 1st quarter and 2 in the 2nd quarter, to lead 23-0 at half time.

After the Dogs kicked the first 3 of the 3rd quarter, getting out to a 43-0 lead, the Eagles finally broke their goal duck through Hayley Bullas. With the Dogs leading by 37 at the final change, West Coasts humiliation was complete when the Dogs pilled on 4 consecutive goals in the last quarter. As the Dogs cruised to a 60-point victory.

The Bulldogs will round out their season against Brisbane on Sunday. If the Eagles do not beat North Melbourne on Saturday evening, which is highly unlikely against the finals bound North, the wooden spoon of 2022 belongs to them. 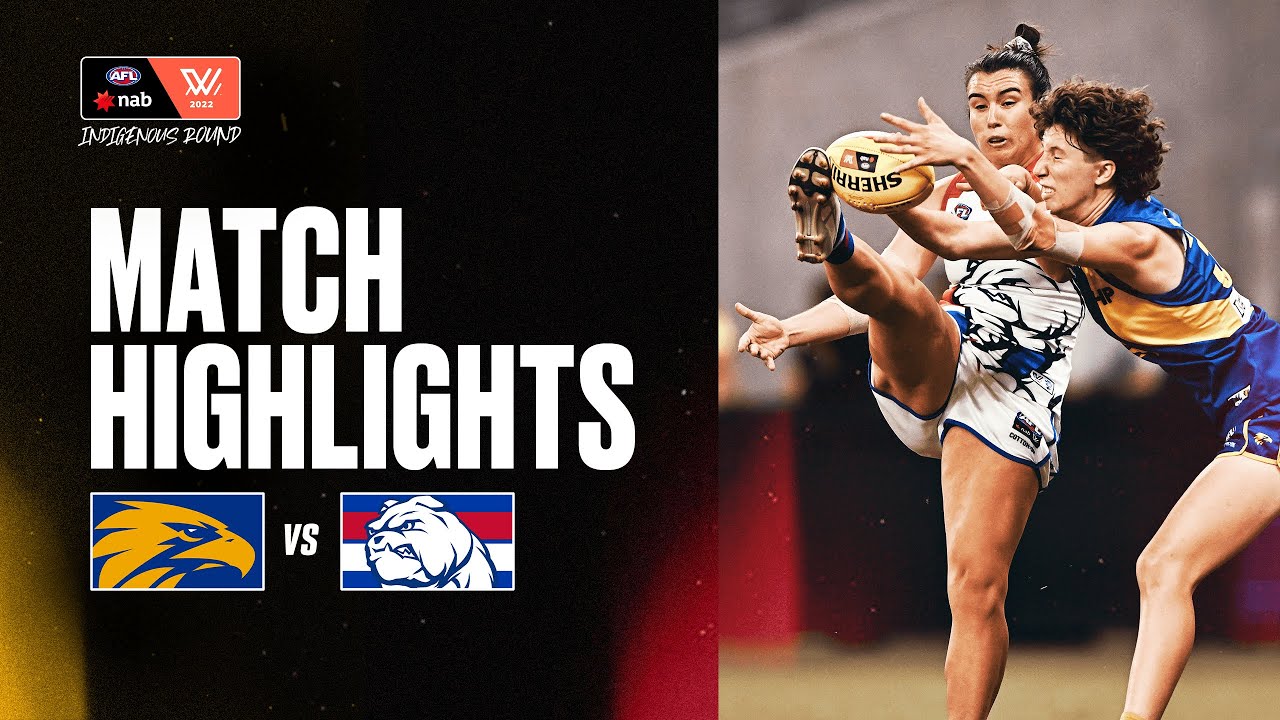 Brisbane won the battle of 3rd vs 4th against North Melbourne on Sunday afternoon, defeating the Kangaroos 50-14.

After Jasmine Garner got the 1st goal of the game for North, the Lions gained complete control and kicked the next 5. 3 in the 1st quarter and kept North scoreless in the 2nd quarter, while added 2 goals of their own. It was the Lions ahed at half time 34-6.

Both sides added a single goal in the 3rd quarter. As the Lions took a 25-point 3 quarter time. Dakota Davidson got the only goal of the last quarter, as the Roos were held goalless again in the last quarter. Brisbane cruising to an easy 36-point win and going a game clear in 3rd position.

North finals dress rehursal begins against West Coast on Saturday evening. The Lions can secure at best 3rd position or further depending on if results go their way, when they round out their home and away season against the Bulldogs on Sunday. 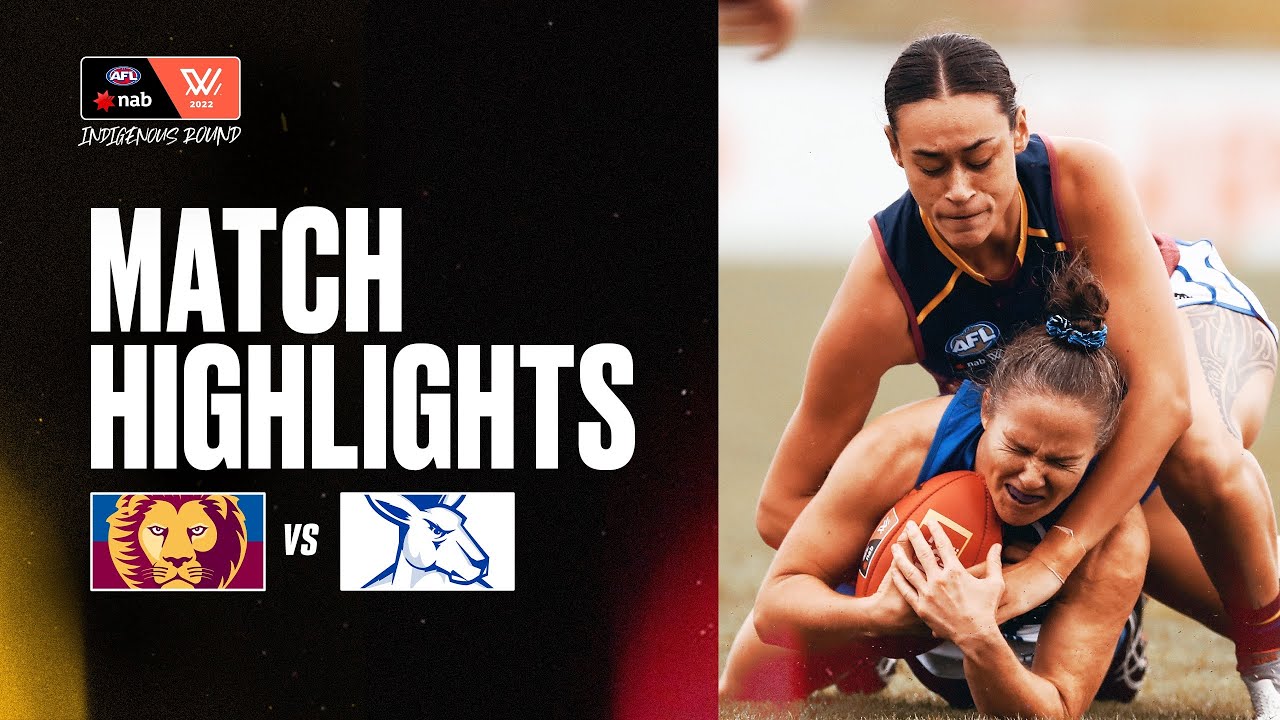 Adelaide and Collingwood played out the match of the round, as the Crows held on by 2 points to finish round 9 on top of the ladder.

Eliza James gave Collingwood the lead with one of the goals of the year, a soccer off the ground from a tight angle near the boundary. Ashleigh Wooldard gave the Crows back the lead, as they took a 3-point 3 quarter time lead.

Danielle Porter gave the Crows the start they wanted, a 9-point advantage. With a little over 2 minutes left, Chloe Malloy gave the Pies hope as she brought the margin back to 2-points. But it wasn’t enough, as the Crows won one of the more thrilling games of season 2022, and regained top spot.

Adelaide will secure the minor premiership with a win over the 2nd last St Kilda on Sunday. Collingwood will look to secure their finals spot when they face Gold Coast on Monday. 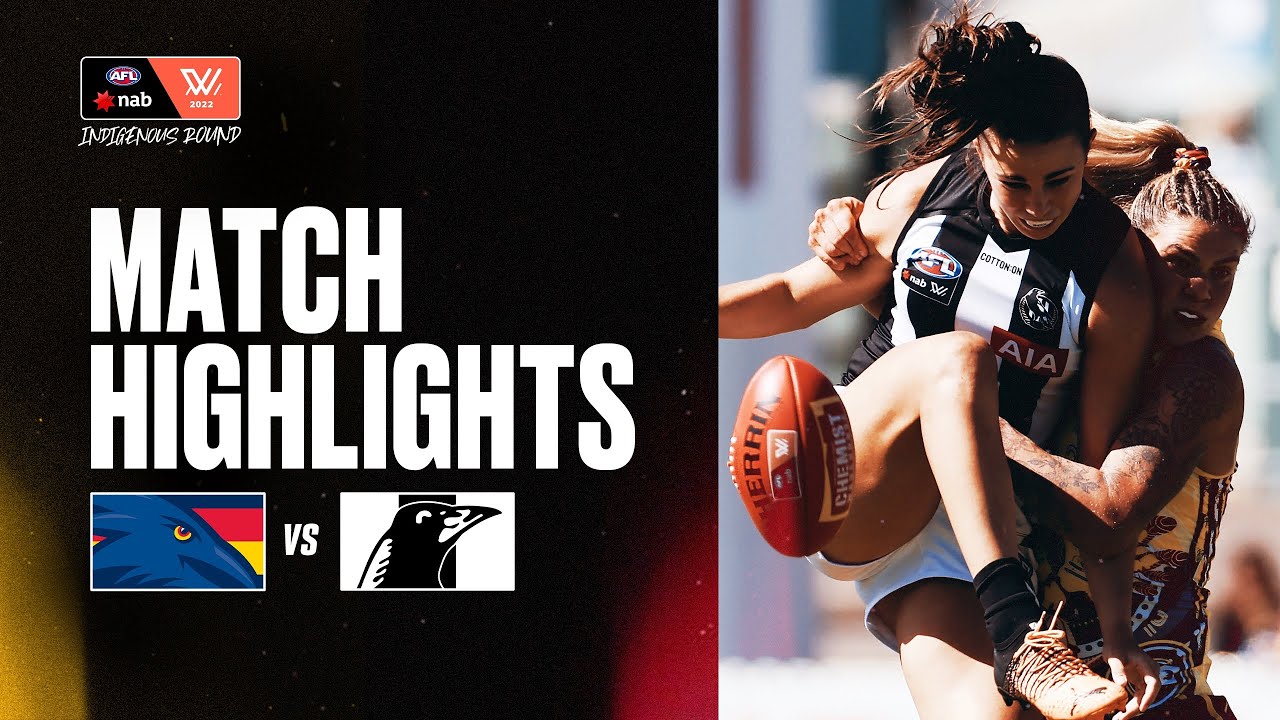 Carlton got their 3rd win in succession and seem to be finishing 2022 on a very positive note, defeating the Gold Coast Suns by 30 points on Sunday evening.

The Blues were fresh out the blocks, kicking the opening 3 goals of the game in the opening quarter. Gold Coast pulled back 2 goals in the second quarter to get the half time margin back to a goal.

Carlton steadied the ship in the second half, kicking the only 2 goals of the 3rd quarter to a 19-point 3 quarter time lead. Georgia Gee got the Blues off to a flyer in the last quarter, kicking one of the goals of the year from deep on the boundary. Darcy Vesio simply iced the Blues cake as they ran away to a 5 goal win, keeping the Suns goalless in the 2nd half. 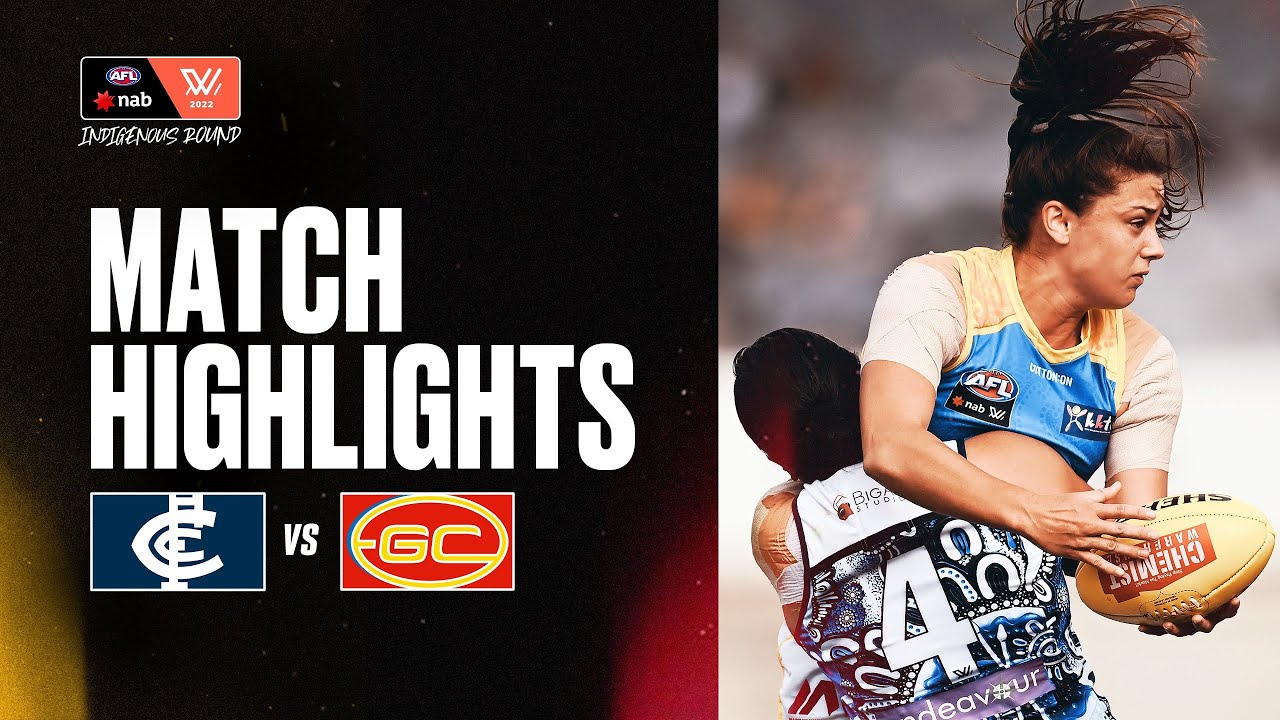