The Cronulla Sharks took care of the North Queensland Cowboys 26-12 on Friday night.

The Sharks started strongly, scoring the openning two tries before the Cowboys hit back with the last two tries of the half. As the Sharks took a 14-12 half time lead.

Cronulla took complete control in the second half, scoring the only two tries to run away to a 14-point victory. The Sharks 12th win of the season taking them to third on the table.

Next up the Sharks will face the top of the table Penrith Panthers on Saturday. The Cowboys will host the West Tigers on Sunday evening. 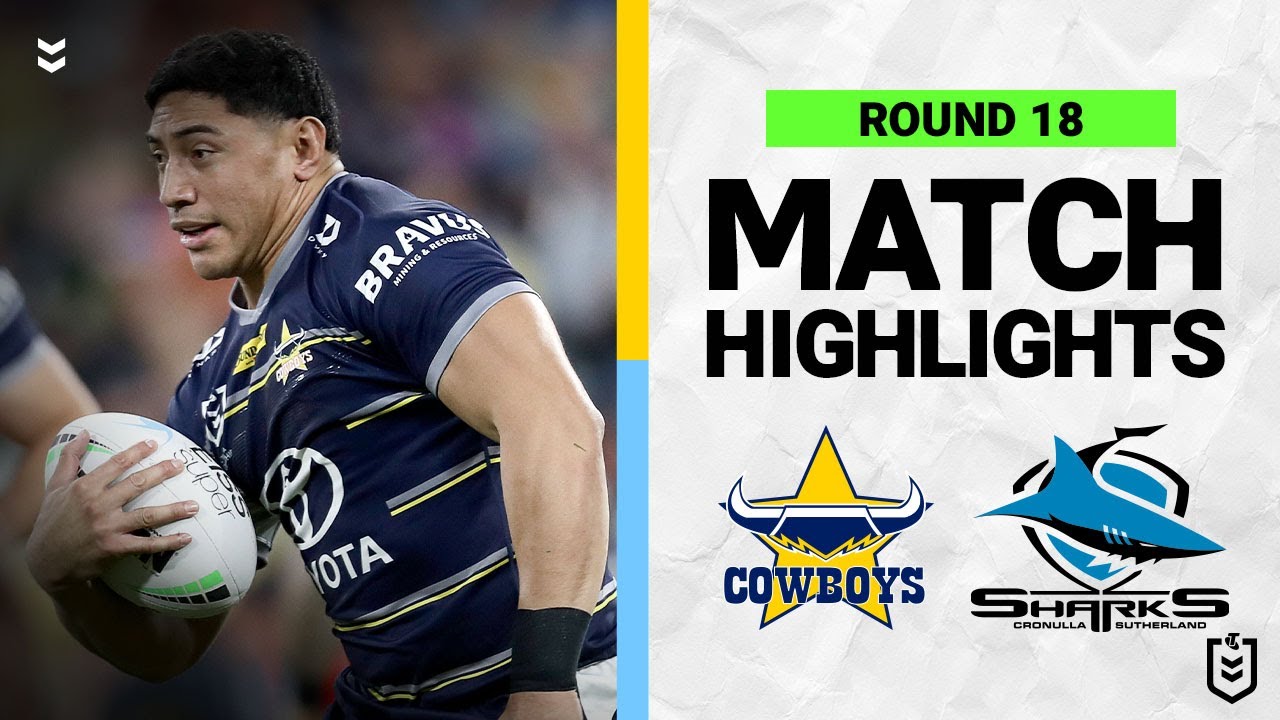 It was a close contested first half. Parramatta scoring the openning two tries through Waqa Blake. Before Marcelo Montoya pulled back one New Zealand late in the first half. With the Eels leading 10-6 at half time.

The Eels scored the openning three tries of the second half to set up the victory. New Zealand got back the last two tries of the game, but it was little consolation. As Parramatta held out for a 10-point win.

The Eels 11th win of the season, moves them into sixth position. Next up they face the Brisbane Broncos on Thursday night. New Zealand will travel to face the Canberra Raiders on Saturday afternoon. 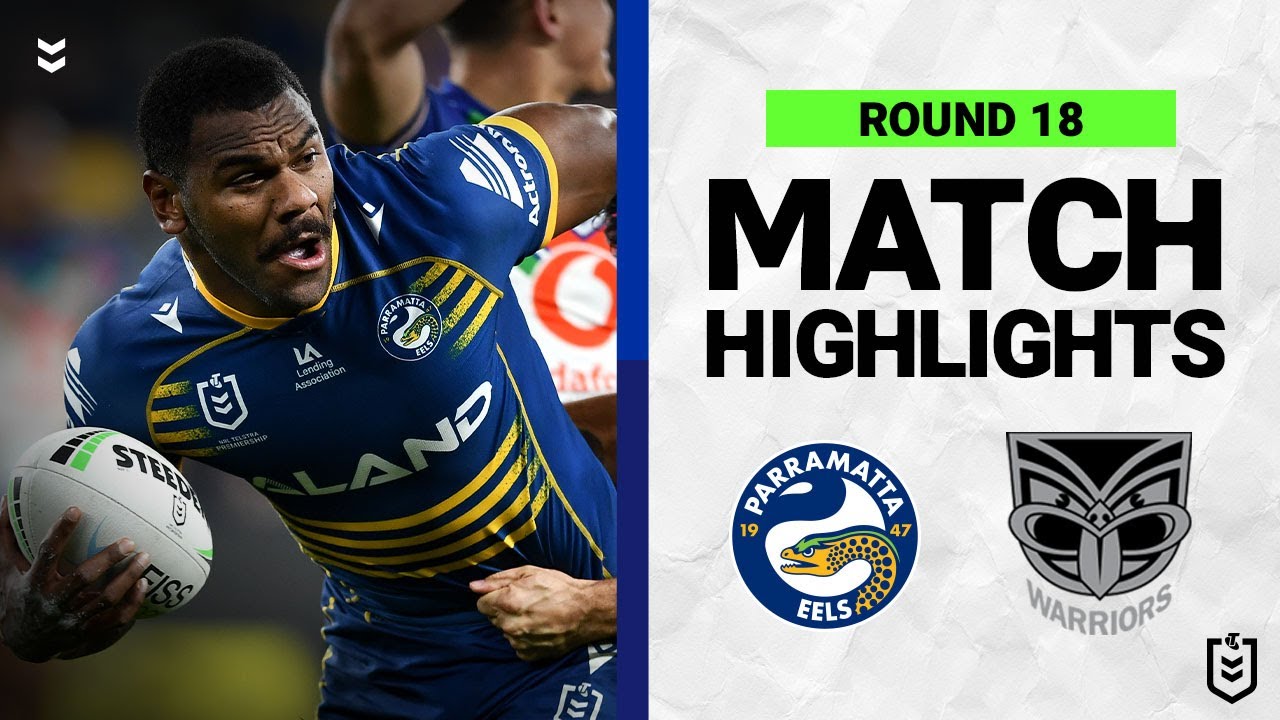 The Sydney Roosters had a massive 54-26 win over the St George Dragons on Saturday.

It was a close hotly contested first half, both sides scoring two tries each, with the Dragon’s leading 14-12 at the half.

The Roosters put on a massive show in the second half. Scoring seven tries to two, gaining a massive score of 54 and skipping away to a massive 28-point win.

With their eighth win of the season, Sydney move to ninth position. Next up they travel to face Newcastle on Friday. St George face Manly on Saturday. 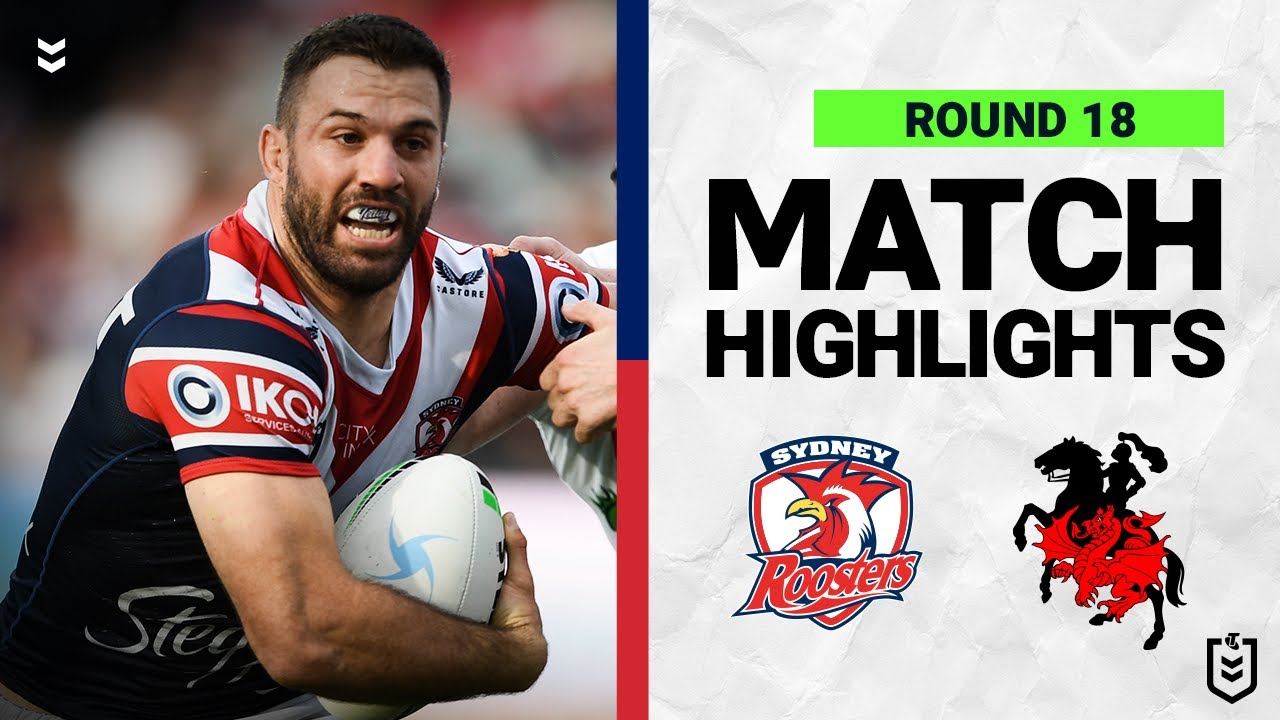 The Manly Sea Eagles had a big win over the Newcastle Knights, 42-12 on Saturday.

Manly had a strong first half, scoring two tries to one, leading 14-6 at half time.

It was a massive second half tom Manly, as they scored a massive five tries to one to run away to a 30-point victory. 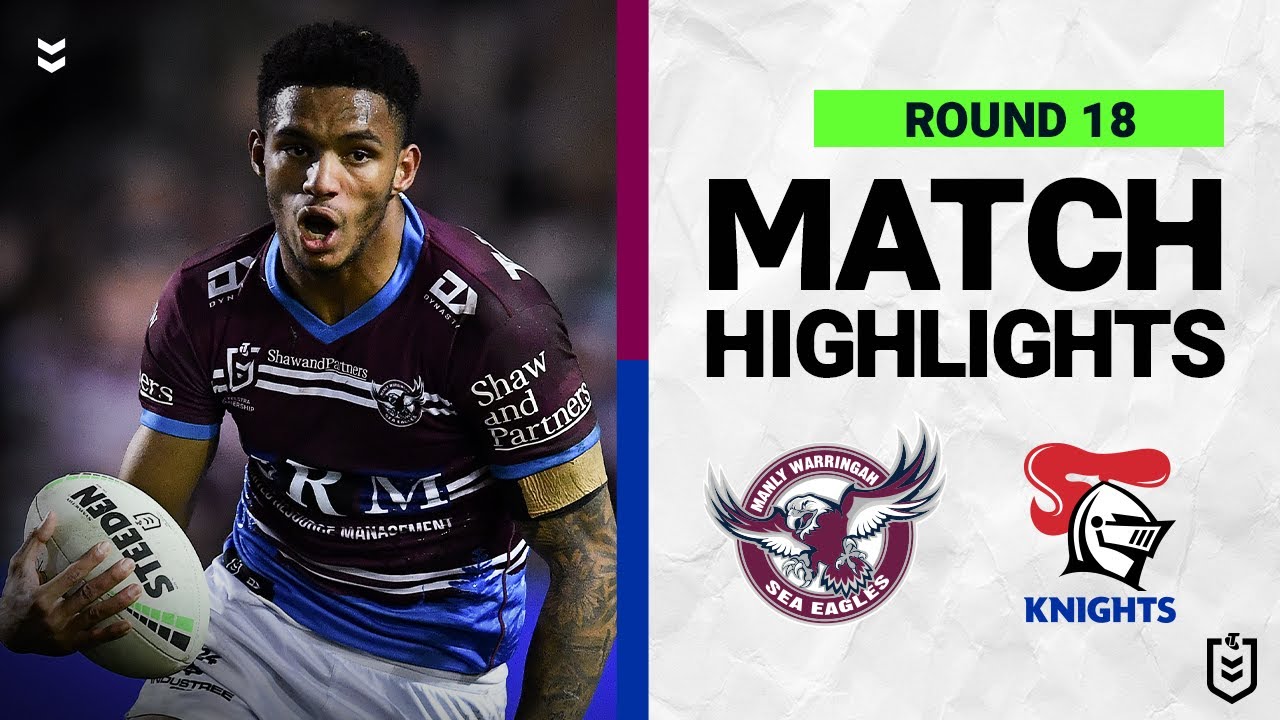 The Brisbane Broncos won a thrilling game against the Gold Coast Titans 16-12 on Saturday night.

With both sides scoring a try each in the first half, it was 6 apiece at half time.

It was a very strong second half from Brisbane. After falling behind from conceding the first try, the Broncos hit back with the last two tries of the game and held out defensively. They were good enough to hold on for a four-point victory.

Brisbane’s 11th win for the year, keeps them in fifth position. Next up they face Parramatta on Friday. Gold Coast will meet the Bulldogs on Sunday. 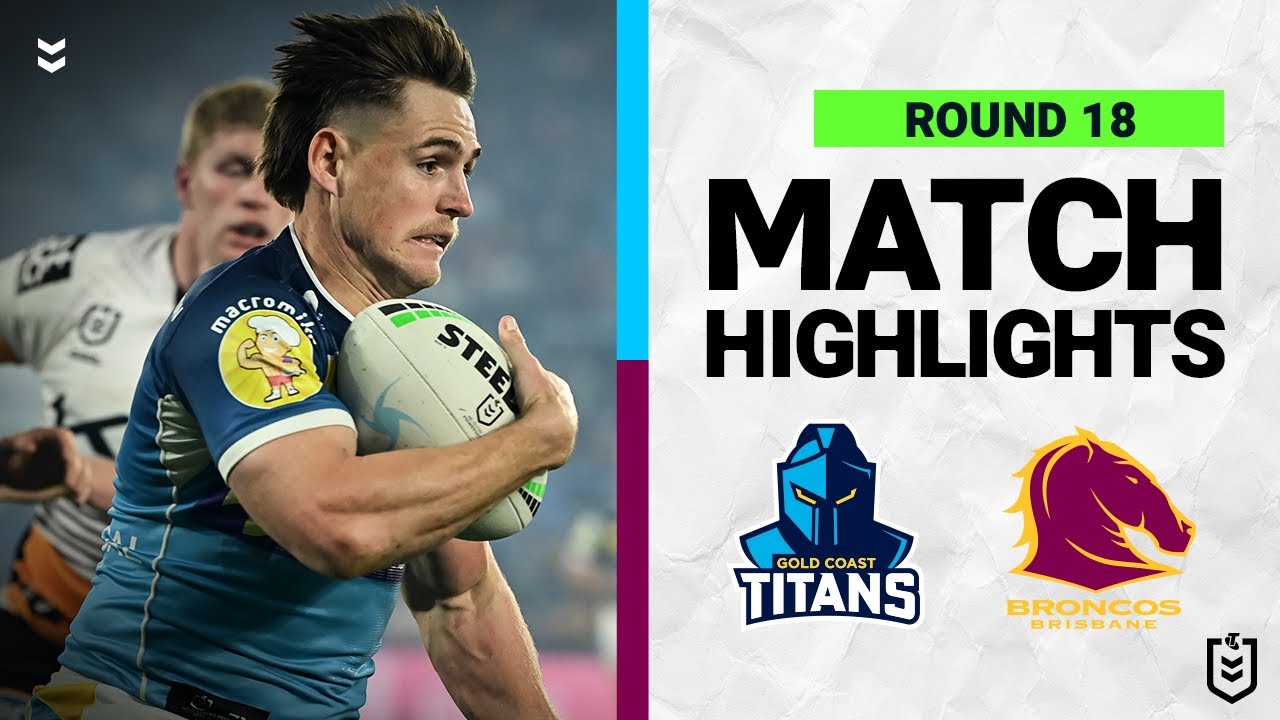 The Penrith Panthers won a thrilling game against the West Tigers, 18-16 on Sunday.

It was a hot contested first half, both sides scoring two tries apiece, with the Panthers leading 12-10 at the half time break.

The West Tigers took the lead with a try from Ken Maumalo with 10 minutes remaining. This put them on the brink of the biggest upset of the season. Only for James Fisher-Harris to come to the rescue of the Panthers, with a late try to win the game for them.

The Panthers got out of jail by two-points in the end, avoiding one of the upsets of the season. With their 16th win of the year, they still have only one loss. Next up they will host the Sharks on Saturday evening. The Tigers will travel to face the Cowboys on Sunday night. 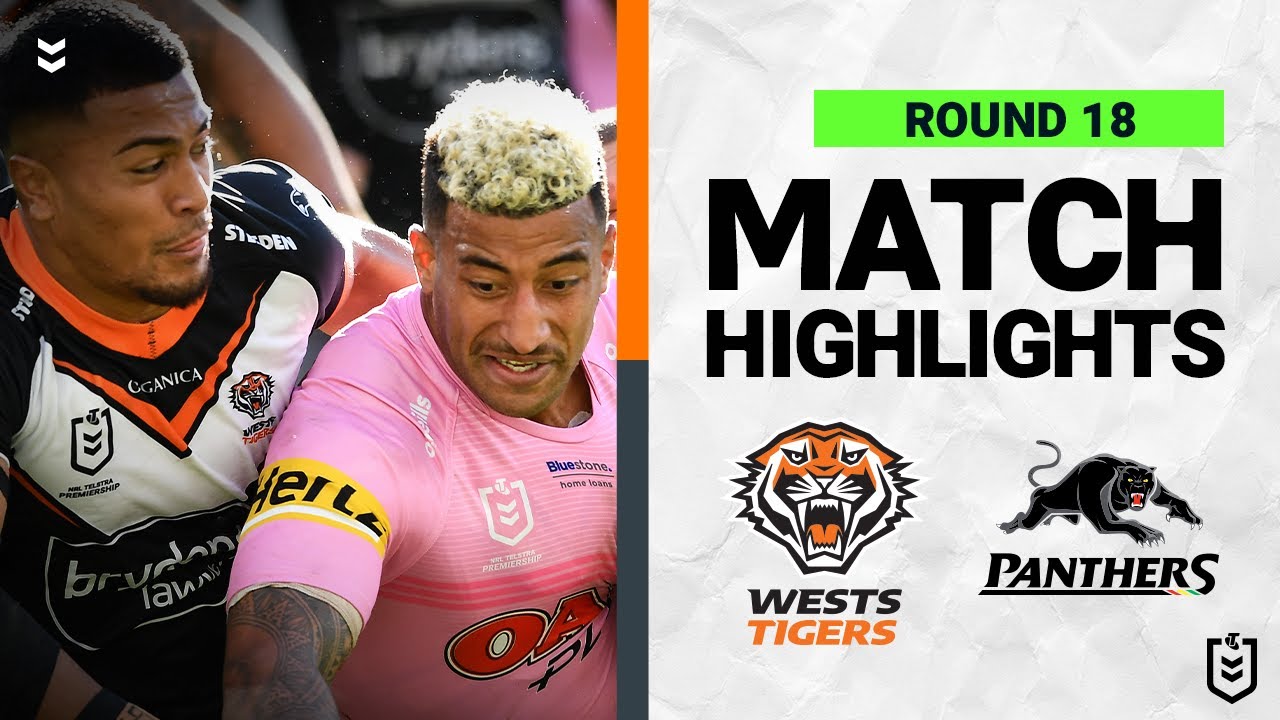 The Raiders started strongly, scoring two tries to one in the first half, leading 14-6 at half time.

Melbourne storm scored the openning two tries of the half to take the lead. But Jamal Fogarty stole the show for the Raiders, scoring the match winning try in the 68th minute.

It was an upset eighth win of the season for Canberra, who moved to 10th place and kept their finals chances alive. They meet the New Zealand warriors next Saturday afternoon. The Storm will look to rebound when they travel to take on South Sydney on Saturday night. 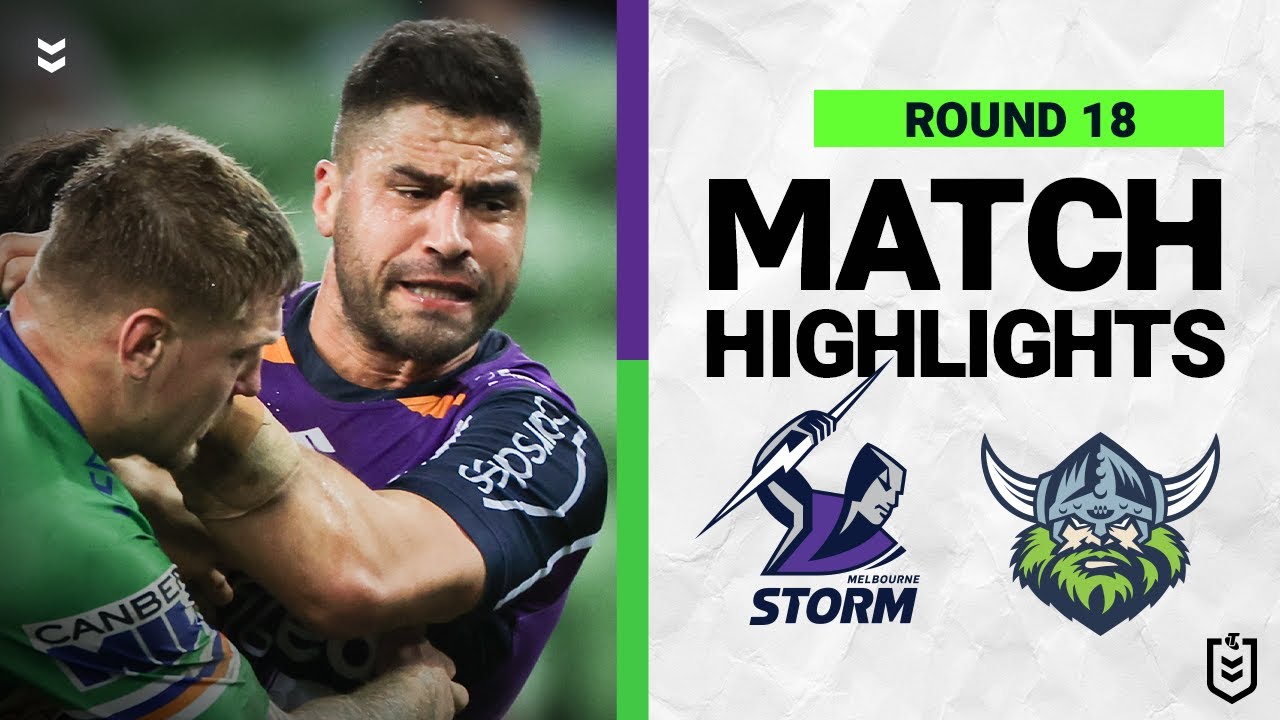 It was a strong first half from the Rabbitohs, scoring three tries to two, taking an 18-10 half time lead.

The Bulldogs took the lead twice in the second half, scoring three of the first four tries of the half. Before the Rabbitohs stormed home with the final three tries of the game in the last 10 minutes, as they got home in the end by eight-points.

The Rabbitohs 10th win of the year, keeps them in seventh position. Next up they host the Melbourne Storm on Saturday night. The Bulldogs will meet the Gold Coast Titans on Sunday. 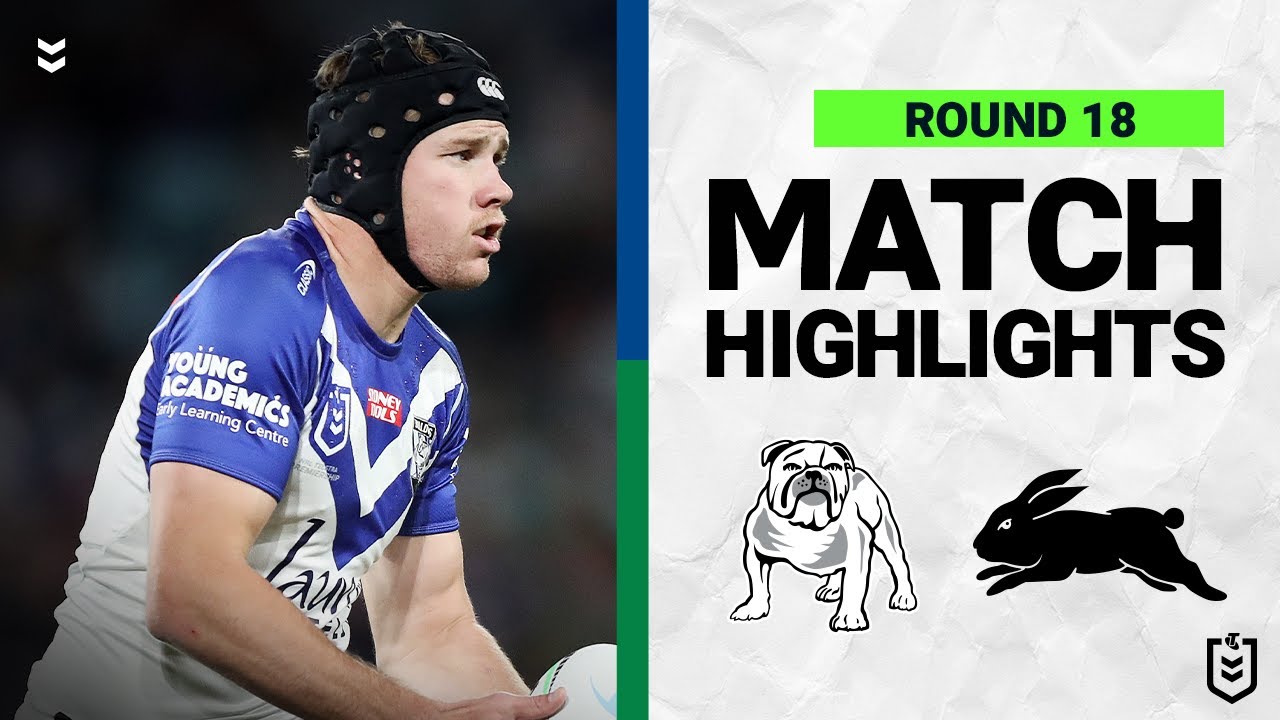