The Brisbane Broncos took care of the Parramatta Eels 36-14 on Thursday.

It was a strong first half from Brisbane, scoring four tries to two to take a 24-1o half time lead.

The Broncos maintained control in the second half, scoring two tries to one to take the game by 22-points.

Brisbane’s 12th victory of the season moves them into fourth position. Next up they host the West Tigers on Saturday night. Parramatta will host the Penrith Panthers on Friday night. 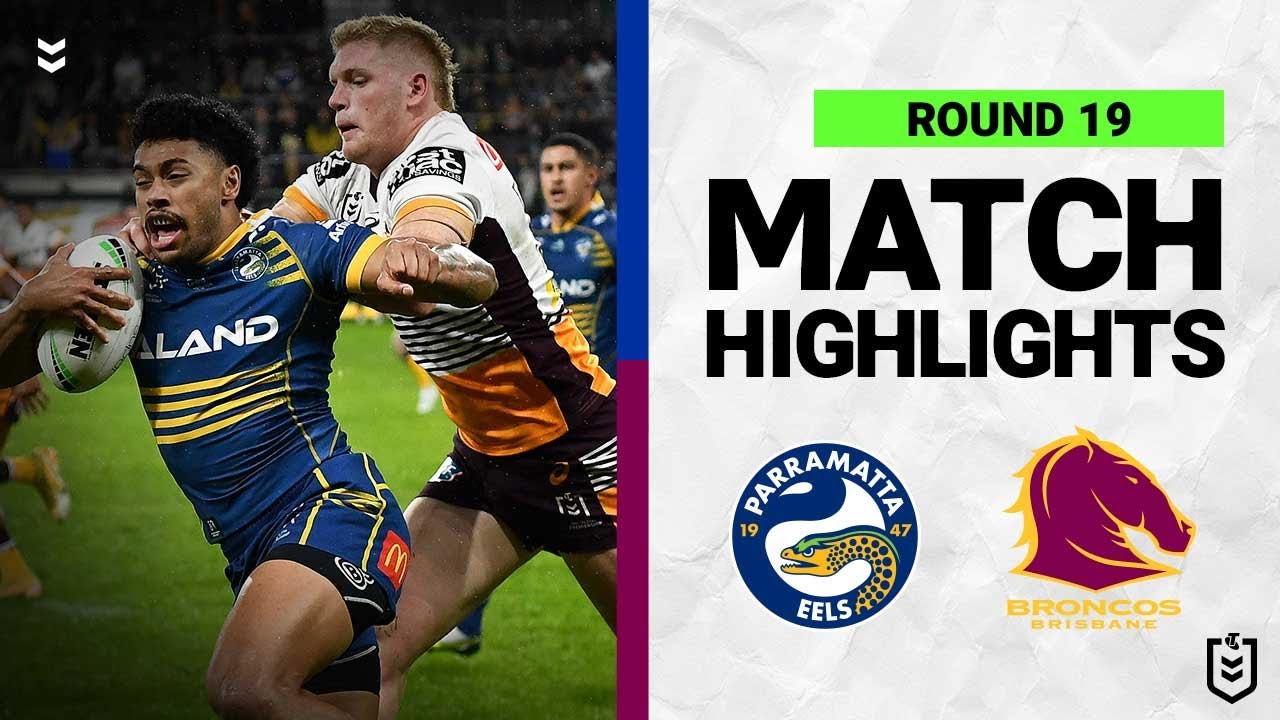 It was a controlled first half from St George, with Ben Hunt scoring both tries. The Dragons led 14-0 at half time.

Josh Aloiai scored Manly’s first and only try in the 43rd minute. Mathew Feagai put the icing on a Dragon’s cake in the 79th minute, as they got home in the end by 14-points. 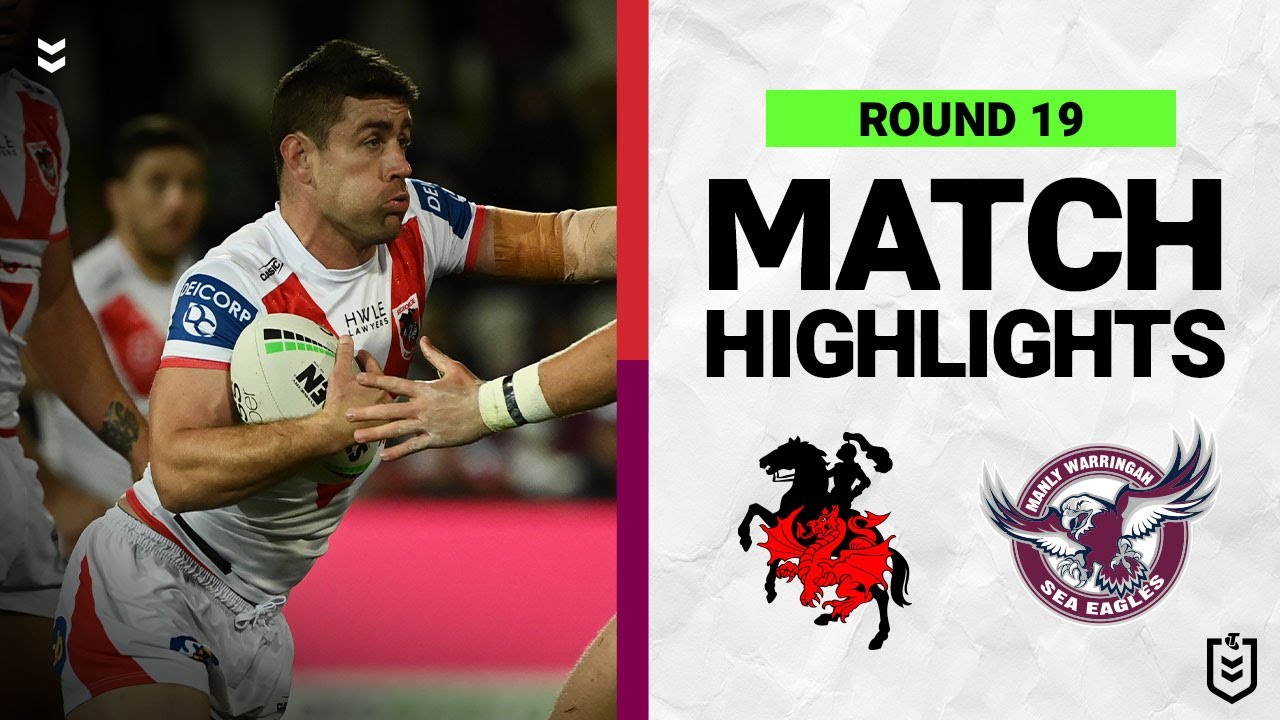 The Sydney roosters comfortably took care of the Newcastle Knights 42-12 on Friday night.

It was a positive start from the Roosters, who scored the only three tries of the first half to lead at half time 16-2.

In the second half Sydney took the game by the scruff of the neck. Scoring the openning five tries of the second half. Before Newcastle pulled back two late consolation tries. As Sydney ran out 30-point victors.

Sydney remained in the top 8 with win number nine. The Roosters will travel to face the Sea Eagles on Thursday night. Newcastle will host the Bulldogs on Sunday. 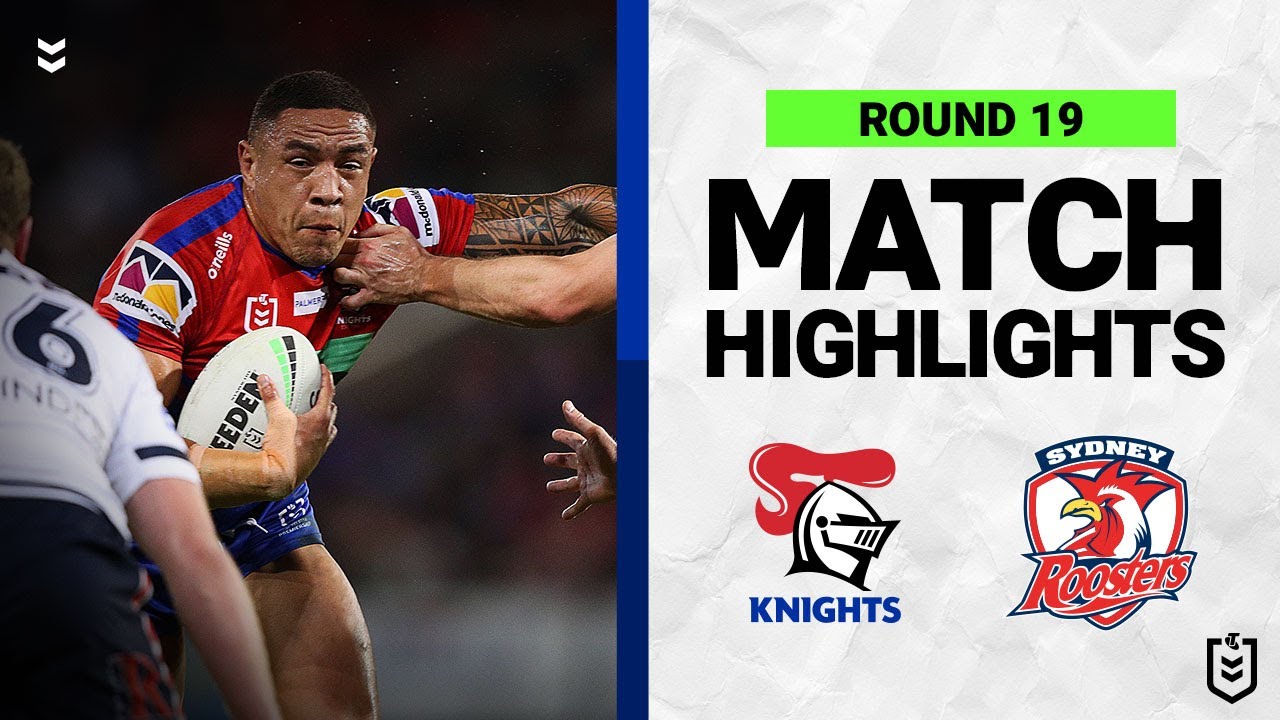 The Canberra Raiders took care of the New Zealand Warriors 26-14 on Saturday.

New Zeland started brightly, with two early tries in the second and then seventh minute. They were the only tries of the half, with the Warriors leading 14-0 at half time.

It was the second half where Canberra flicked the switch, scoring the only four tries of the second half. Storming home to a 12-point come from behind victory.

Win number nine for the Raiders still sees them in the hunt. They will travel to face Gold Coast on Saturday. New Zealand will host the Melbourne Storm on Friday night. 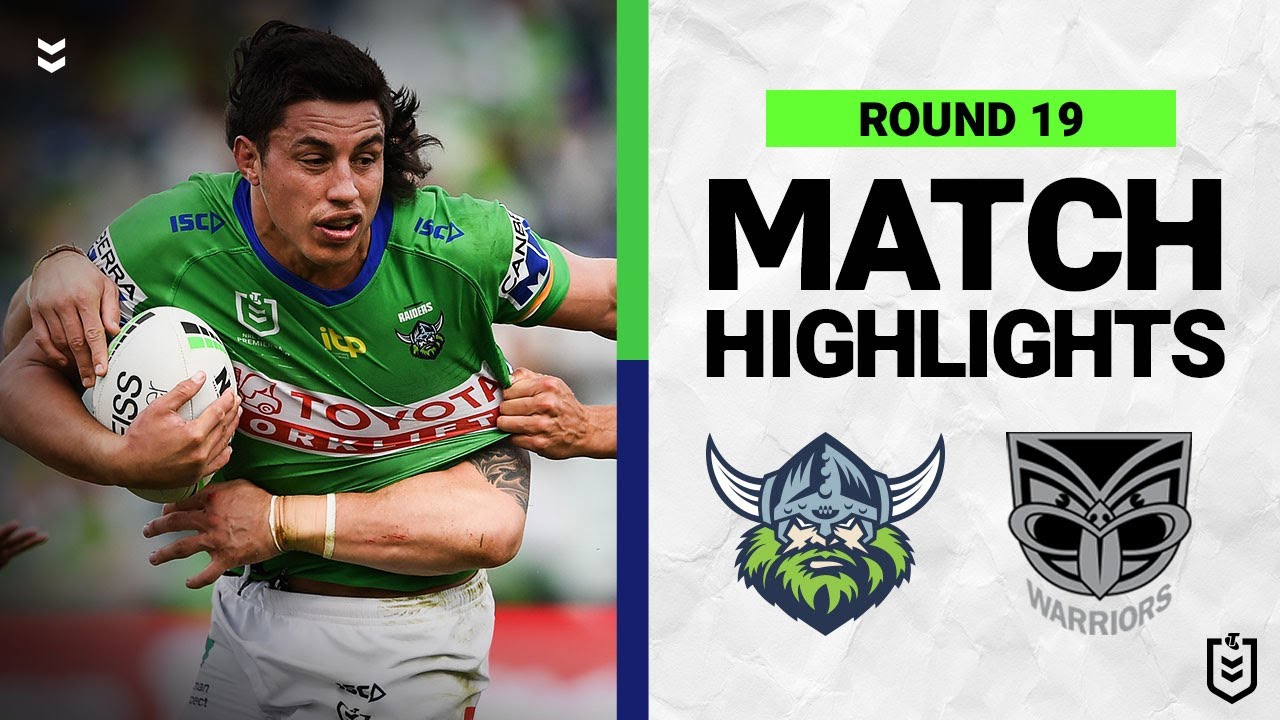 The Penrith Panthers defeated the Cronulla Sharks 20-10 on Saturday night.

The Sharks scored the first two tries of the game in the seventh and 11th minutes. The Panthers scored a late try from Izack Tago in the 33rd minute. A penalty from Nathan Cleary in the 40th minute reduced the half time margin to 10-8.

Within the first minute of the second half, Dylan Edwards scored a massive try to give Penrith the lead. The game was then sealed by Jarome Luai in the 77th minute. Penrith gaining a 10-point victory.

Penrith’s 17th win for the year, keeps them eight-points clear on the top. They will travel to face Parramatta on Friday night. The Sharks will host South Sydney on Saturday night. 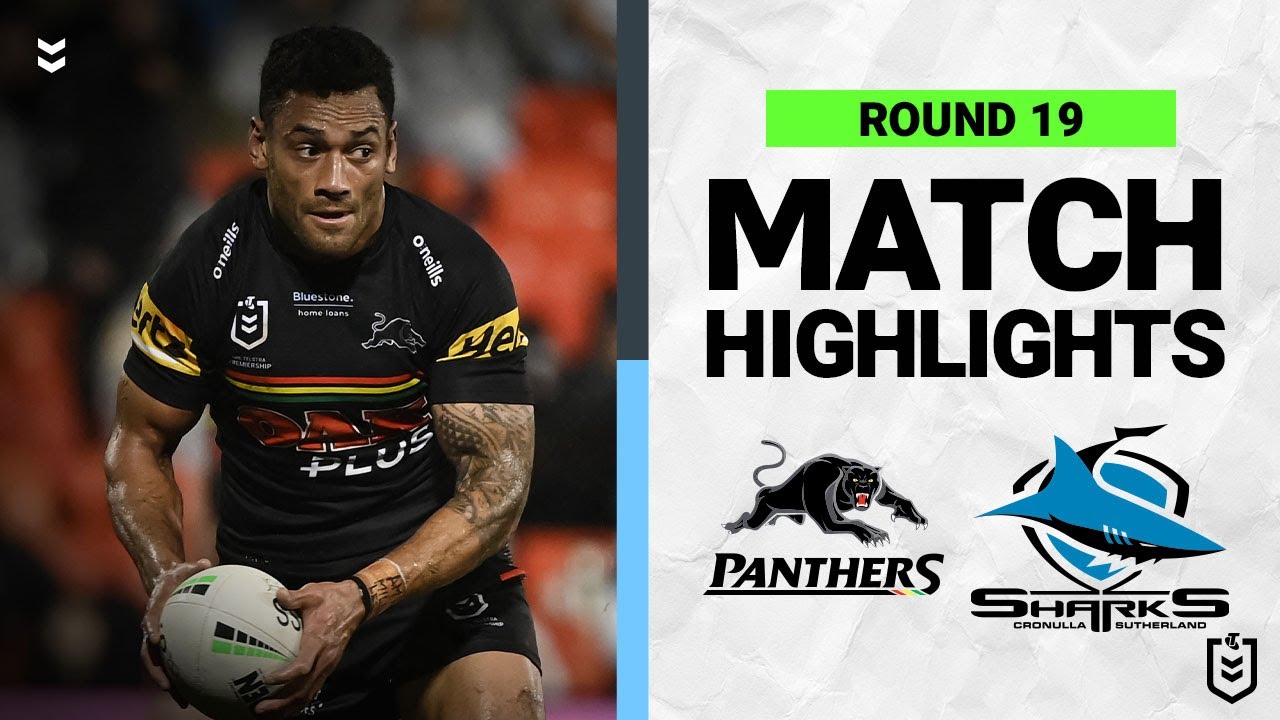 The Rabbitohs scored two tries to one in the first half, leading 10-6 at half time.

South Sydney took the game by the scruff of the neck in the second half. Scoring three tries to one, to get over the line by 12-points in the end.

The Rabbitohs 11th win of the season and fourth in a row, they now sit in sixth. Next up they travel to face the Sharks on Saturday night. Melbourne Storm will travel to face New Zealand on Friday night. 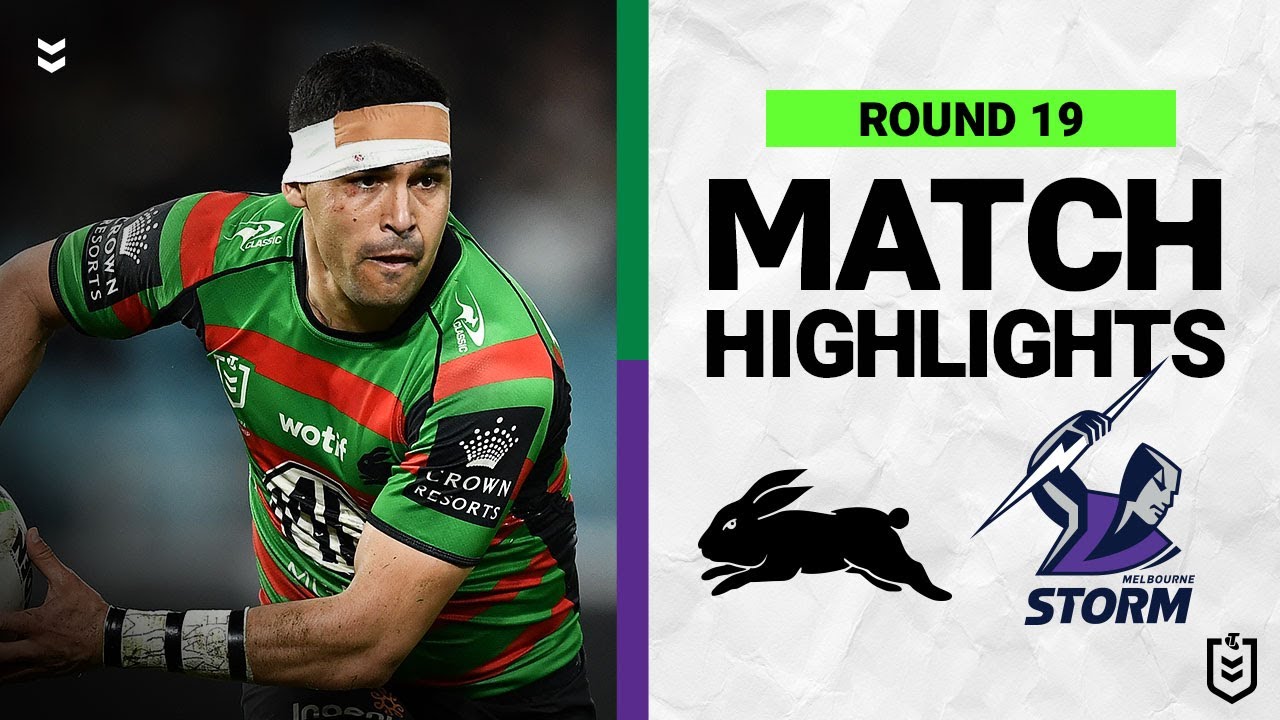 The Canterbury Bulldogs took care of the Gold Coast Titans 36-26 on Sunday.

It was a strong first half from the Bulldogs, scoring four tries to two, leading 26-10 at half time.

Gold Coast had a better second half, scoring three tries to two, but the Bulldogs were good enough to earn a 10-point win.

This win number five for the Bulldogs, moves them into 12th position. Next up they travel to face Newcastle on Sunday. 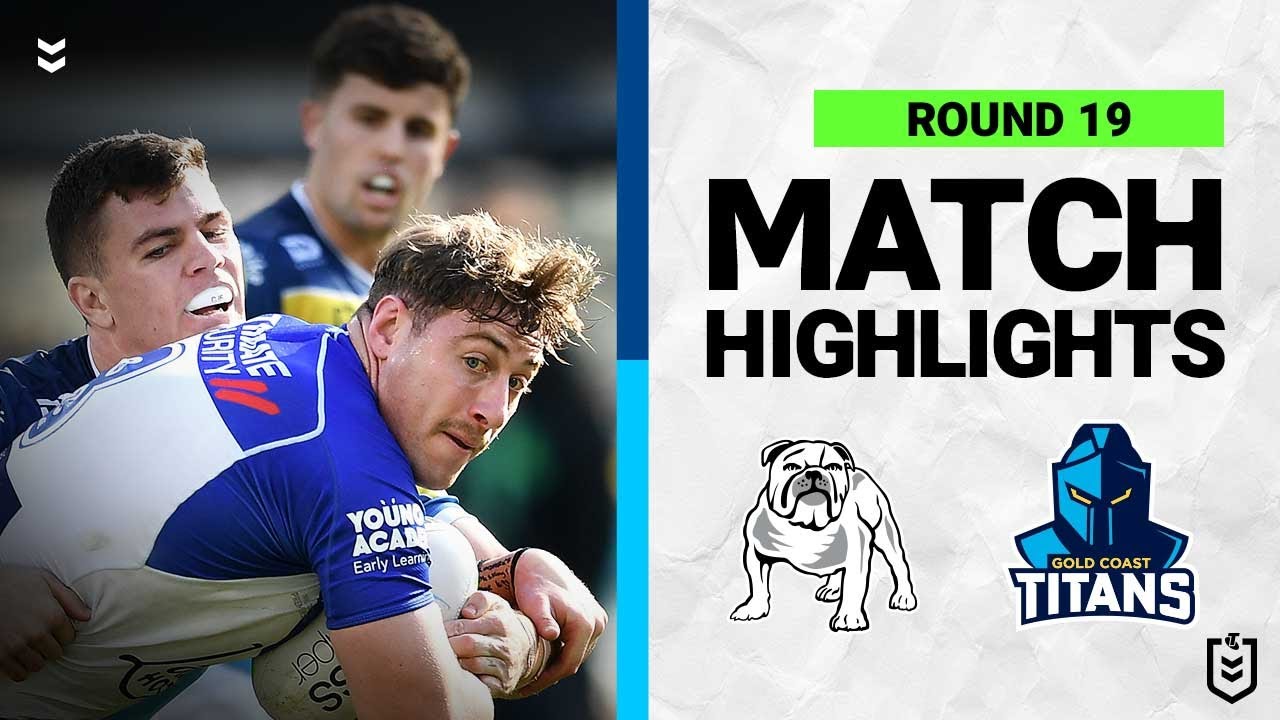 The Queensland Cowboys defeated the West Tigers in a thriller 27-26 on Sunday. Valentine Holmes the hero with the last kick of the game, the penalty sealing a one-point win for the Cowboys.

The Tigers had a big first half, scoring three tries to one, to set up a 16-6 half time lead.

The Tigers grew their lead to 12 following an Adam Doueihi penalty. Valentine Holmes pulled one back for the Cowboys, before Jeremiah Nanai went back to back to give them the lead. The Tigers pulled one try back through Brent Naden, before Starford To’a put the Tigers ahead with 90 seconds remaining and on the brink of the upset of the season. With a last second penalty awarded, with Holmes converting the penalty with the last kick of the game to steal the win for Queensland, avoiding them the upset of the season. 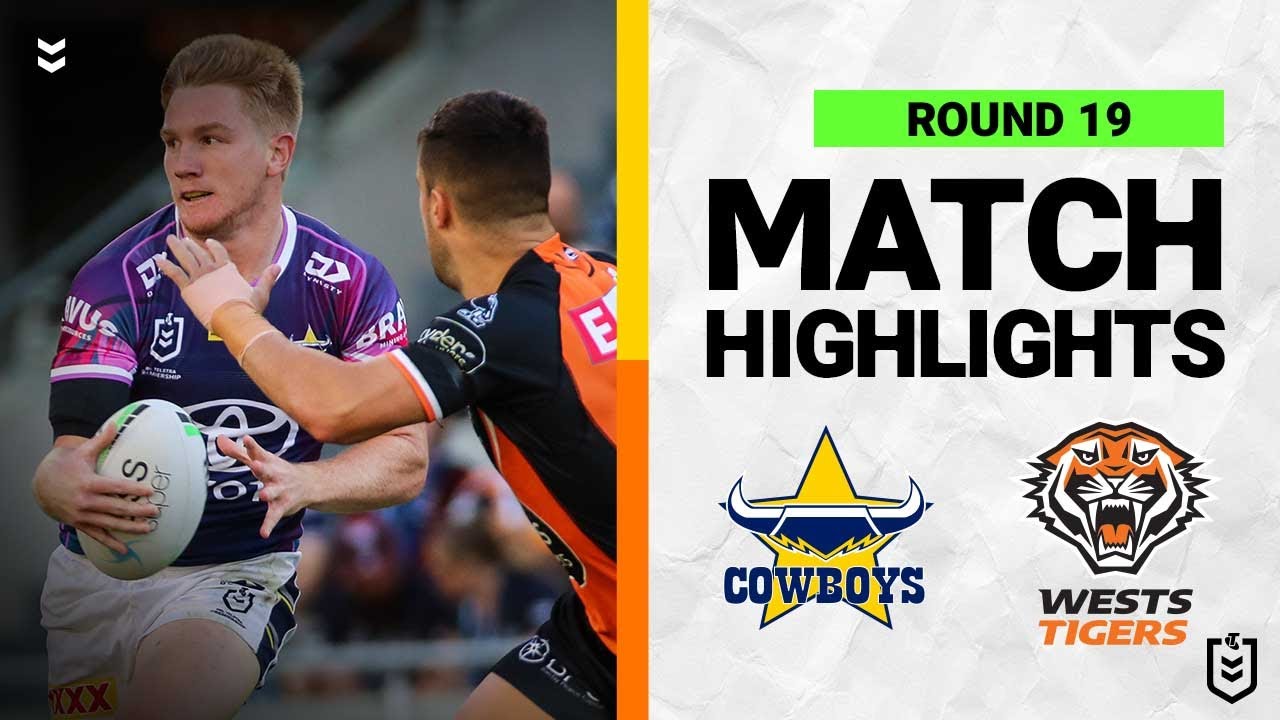