The 17 year old Archie Goodwin was the hero for the Newcastle Jets, scoring a double, within 2 minutes of late 1st half action. His 2 goals would prove all Newcastle needed, as they held on to their 2-0 half time lead.

Taylor Regan’s header found the back of the net in the 77th minute, but his goal was ruled out by VAR for being in an offside position. But it didn’t stop Newcastle cruising to their biggest win of the season so far. As this loss means Sydney are only clinging on to their top 6 position. 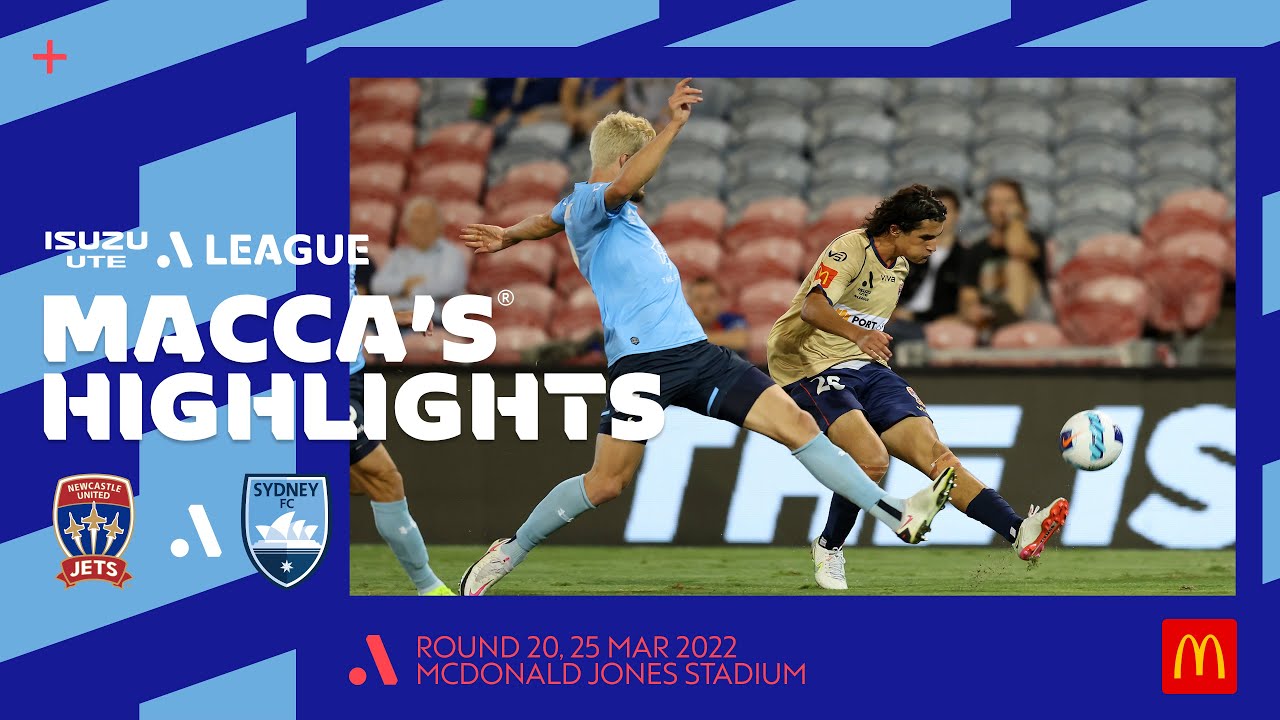 Wellington Phoenix defeated Perth Glory 2-1 in a thriller, as Nick Pennington was the hero with a 96th minute winning goal.

Ben Waine opened the scoring for the Phoenix in the 37th minute. Cleverly lofting an airlifted through ball with a 1st time strike into the net. Giving Wellington a 1-0 half time lead.

Within 3 minutes of the restart, Perth were on terms as Nick Fitzgerald found the net with a low 1st time strike. The joy was not to last long, in the 52nd minute Osama Malik’s game was brought to an early end, after bringing down Waine. In the 96th minute, off a Phoenix corner, Pennington got his boot to the ball and won the game for the Phoenix and became the town hero. His unbeatable shot finding the bottom corner.

This win bringing Wellington to just outside the top 6 only on goal difference. They will continue their fight for a top 6 spot, when they travel to face the Brisbane Roar on Wednesday night. Perth Glory face a challenge in hosting Newcastle Jets on Wednesday night. 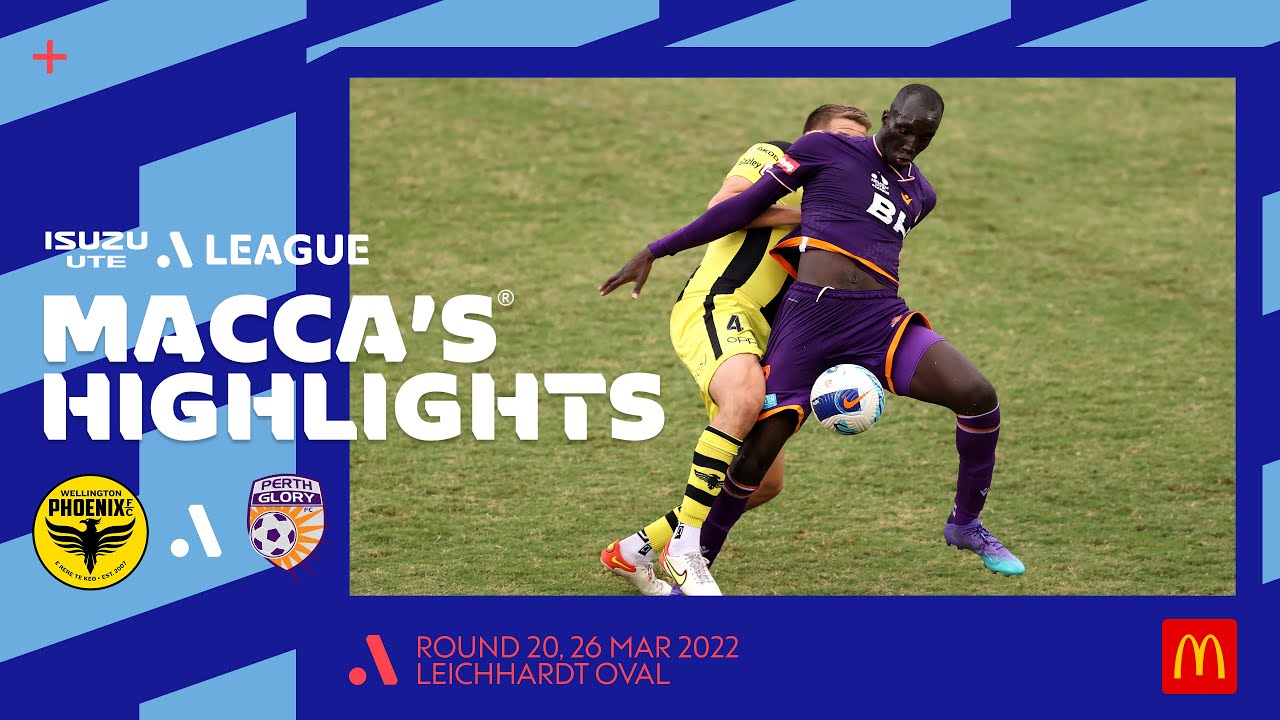 Brisbane opened the scoring as early as the 3rd minute, through Juan Lescano, following a simple goalkeeping mistake from Jamie Young. Problems began for Brisbane on the half hour mark, when goalkeeper, Jordan Holmes was sent off for a foul outside the area on Lachie Wales. Within 4 minutes of that, Western United were level, Adisu Bayew finding the net with a header following a corner kick. We saw the teams tied at 1-1 at the break.

The woes became worse for Brisbane in the 2nd half. Scott Neville’s own goal putting Brisbane behind in the 59th minute. Aleksander Prijovic put Western United into a winning position in the 83rd minute, rising to meet a free kick and head it into the net. Brisbane pulled one back from Jay O’Shea from the penalty spot in the 87th minute, but it would only prove to be a consilation prize.

This 3-2 result keeping Western United in 2nd position. They will look to continue this form when they host central coast on Saturday. Brisbane will face a tough challenge when they host Wellington on Wednesday night. 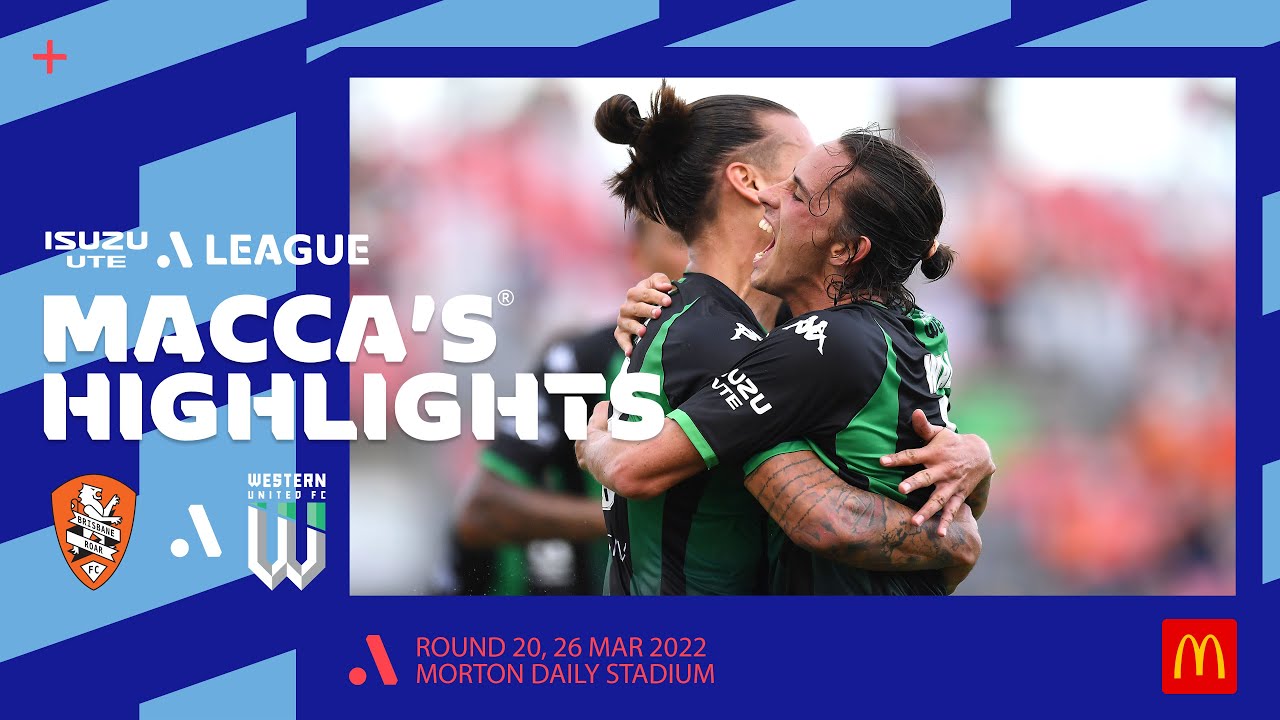 Melbourne City remained on top of the table at the end of round 20, as they took care of Macarthur FC 1-0 on Saturday night.

It was a goalless 1st half, but Macarthur were disallowed a goal in the 8th minute for a foul on the goal-line, after debate whether the ball had crossed the line. The referee spotted the free-kick via the VAR. Macathur waisted plenty of chances to go ahead beyond this point.

Jamie McLaren became City’s hero. Tapping in Matthew Leckie’s low cross from close range, there was a VAR check for an initial offside ruling, but the replay showed McLaren onside as the goal stood. Macathur almost got a late equaliser, but the header was cleared off the line by a desperate City defence. As Melbourne City clung on for an impressive, exciting 1-0 win. 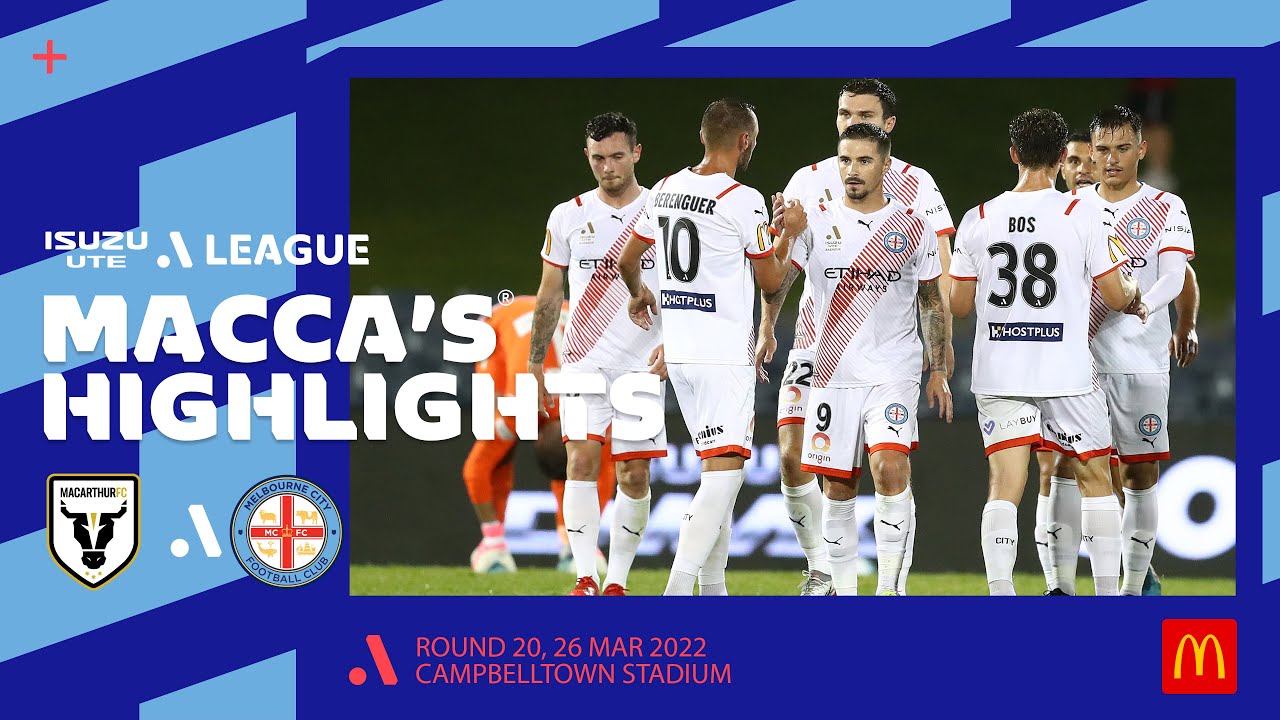 After a goalless 1st half, where Joe Gauci, Adelaide’s Goal Keeper was sent off, Central Coast put on a late show to burry Adelaide. Marco Urena broke the deadlock for the Central Coast with a bullet volley in the 77th minute. Jason Cummings sealed the game for the Central Coast in the 90th minute, slotting a through ball into the net. Matthew Hatch simply iced the game for the Mariners, adding a 3rd moments later. A lowlight on a strong evening for the Mariners however came in the 95th minute, when Matheus Rodrigues recieved a 2nd yellow for a deliberate handball.

It was Central Coast biggest result yet this season, they keep in touch with the top 6. They face a tough challenge in 2nd placed Western United on Saturday afternoon. Adelaide will look to bounce back from this disappointing defeat when they host Melbourne Victory on Saturday night. 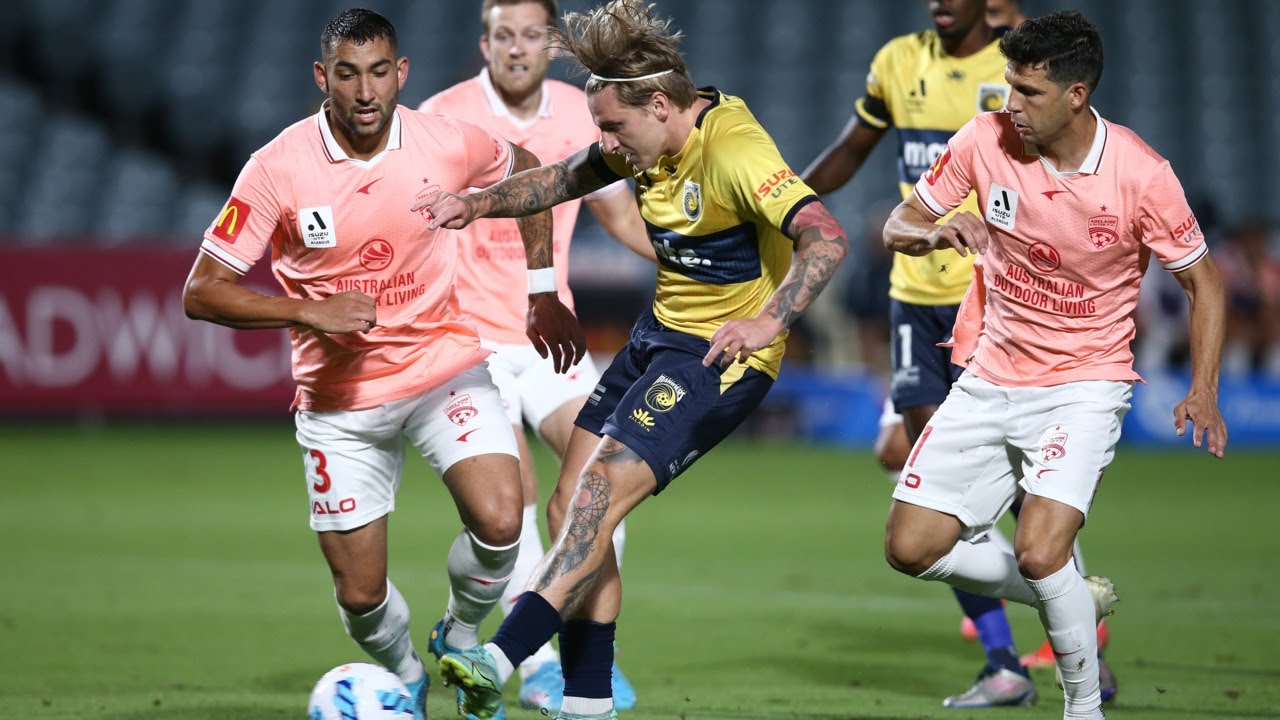 Melbourne Victory and Western Sydney fought out a thrilling 1-1 draw, with both goals being scored in 90th minute stoppage time.

It was a goalless 1st half, with the Victory doing most of the playmaking, but waisting several chances in front of goal. Brendan Hamill almost gave the Victory the lead in the 77th minute, his shot from the right hand goalpost beating the keeper but going just wide. Rodrick Miranda was given a straight red for his challenge in the 89th minute, via a VAR ruling, after the replay showed his studs showing on an elevated foot.

Melbourne Victory thought they had stollen it, off a corner kick Jason Davidson found the ball at his feet in the 90th minute, and emphatically struck it home, much to the joy of AAMI park. It looked like the Victory were home and dry and had pinched it late. But late drama again, as the ball struck Hamill’s arm in the penalty area in the 94th minute, with the referee immediately pointing to the spot. Steven Ugarkovic earned a point for Western Sydney with a struck penalty down the middle.

The Victory were again left undone late and disappointed. With results going their way, they moved into 4th at the end of round 20. They will look to rebound from this result when they travel to face Adelaide United on Saturday night. Western Sydney will face a tough Sydney derby against Sydney FC on Saturday night. 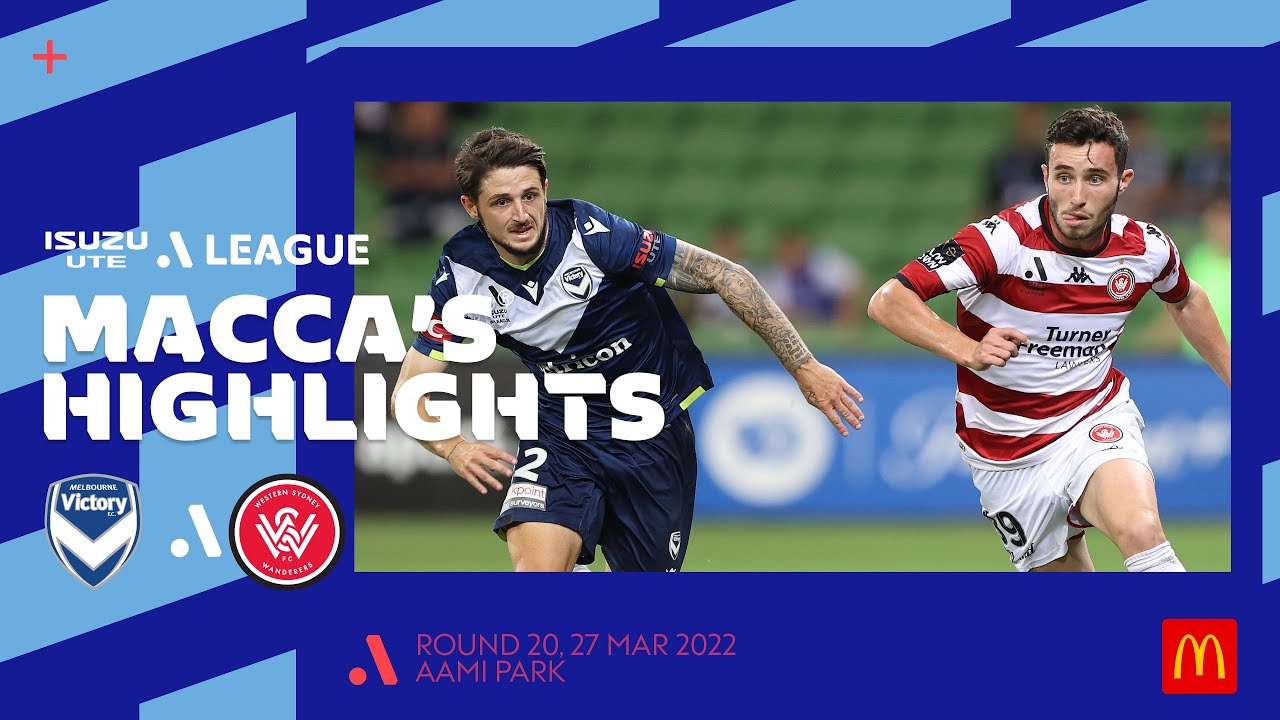