Newcastle Jets caused quite a significant upset over Wellington Phoenix on Friday night, demolishing them 4-0.

After a goalless 1st half, it was a second half avalanche from the Jets. Olivier Boumal scored a double, his 1st in the 51st minute to break the deadlock, his 2nd in the 63rd, with a deadly strike from outside the box. Beke Mikeltadze tore the Wellington defence apart with a stunning goal in the 67th minute to wrap up the game for Newcastle. Eli Babalj iced the cake with an 84th minute header to blow the margin out to 4-0.

With this result, Wellington cost themselves a place in the top 6, they were torn to shreds. They have a chance to recover winning form when they host Perth Glory on Saturday night. Newcastle face a tough challenge in Newcastle on Friday night. 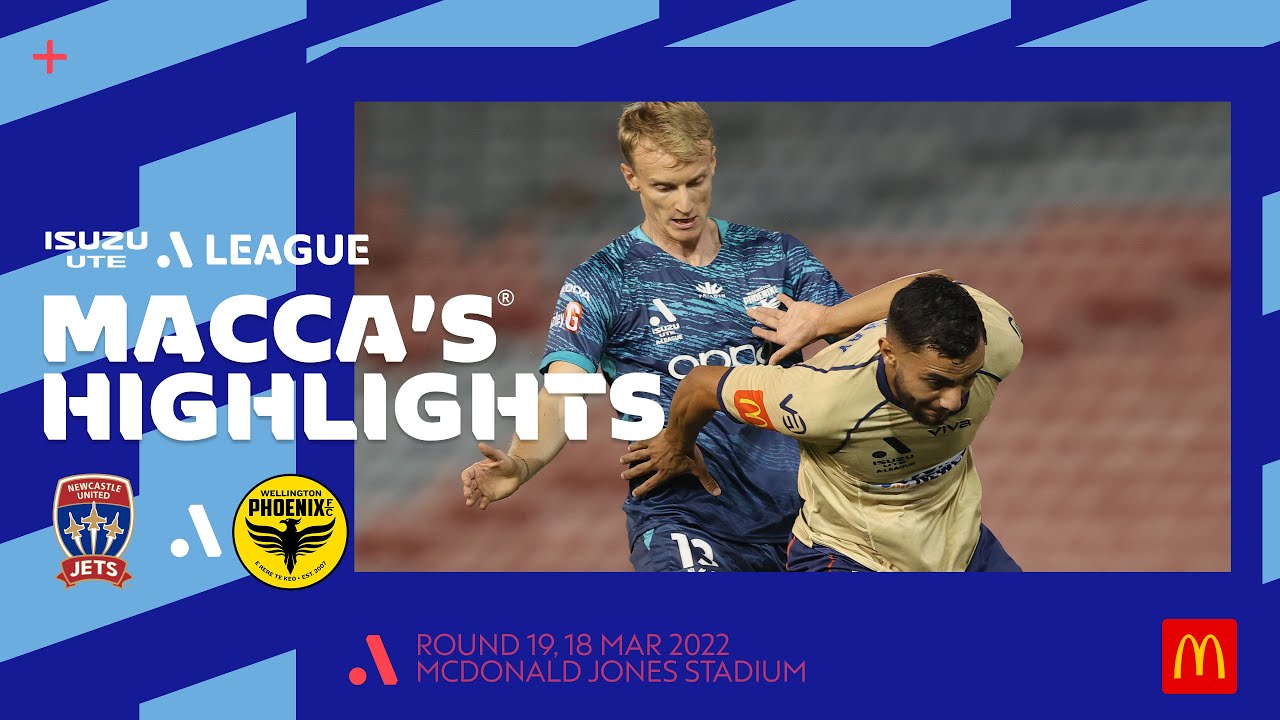 Central Coast caused another upset when they defeated Macarthur FC 4-2 on Saturday afternoon.

Marco Urena gave Central Coast the lead with an easy finish in the 26th minute. Macarthur equalised through Adrian Mariappa, off a corner kick in the 45th minute, taking the half time margin to 1-1.

Matthew Hatch gave Central Coast back the lead, off a corner he struck a stunning volley in the 47th minute. Noah Smith doubled the Coasters lead in the 56th minute, with a beautiful chip over the keeper. Urena scored a 2nd in the 80th minute to ice the game. Lachie Rose pulled a consilation prize back from Central Coast 87th minute. But it was to little too late, as Central Coast cruised to a 4-2 win. 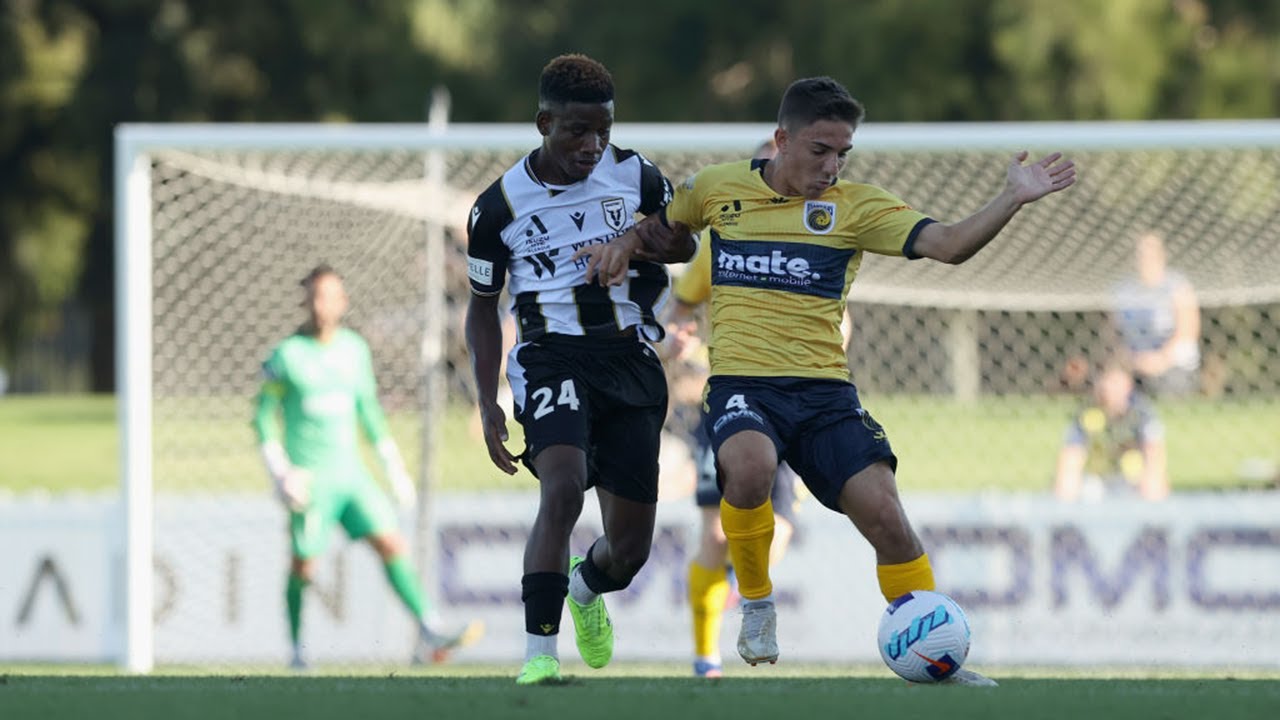 Western United were denied a goal in the opening minute by the offside flag. Milos Ninkovich gave Sydney a 1-0 lead in the 22nd minute with a stunning volley. Giving his side a 1-0 half time lead.

Luciano Narsingh doubled Sydney FC’s advantage in the 58th minute, with a 1st A-league goal. Mustafa Amini all but sealed the result for Sydney with a 3rd, after a mistake from the Western defence. This win moving Sydney into 5th position, this loss removing Western United from the top of the table as the drop to 2nd.

Sydney have the chance to continue this form when they take on Newcastle on Friday night. Western United face a tough challenge in Melbourne Victory in the Melbourne Derby on Wednesday night. 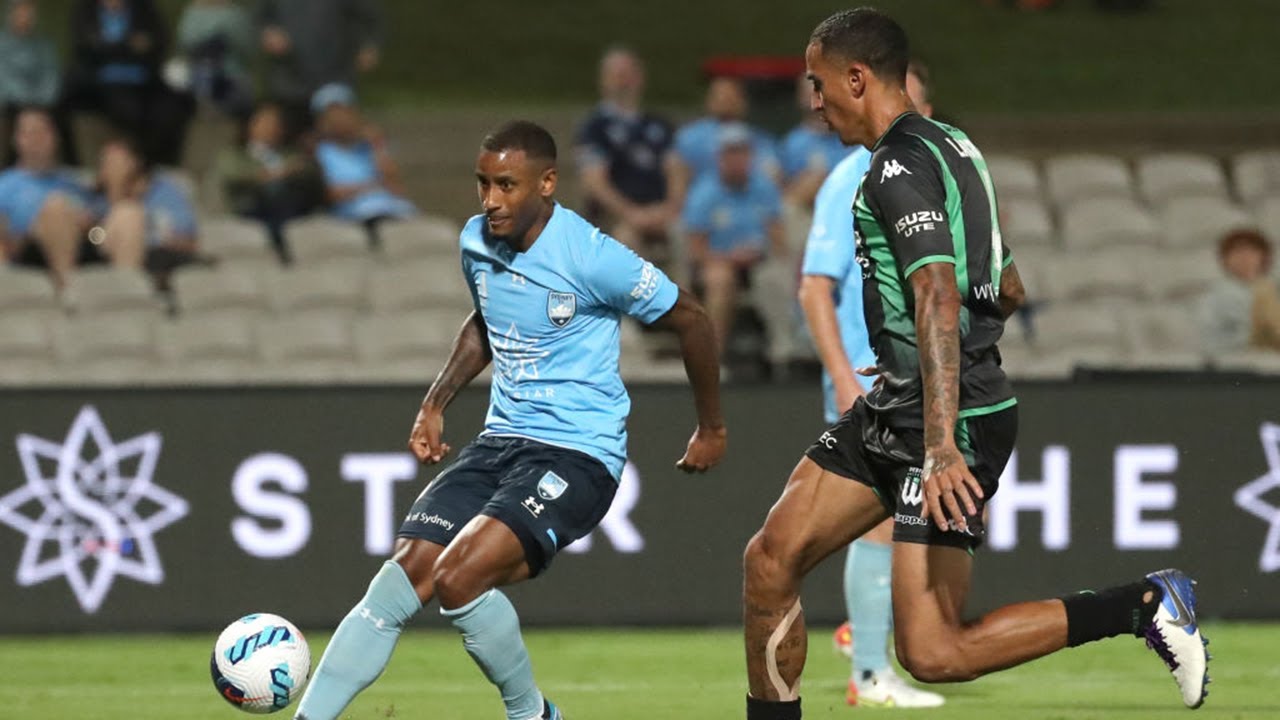 Melbourne City and Melbourne Victory played out a thrilling 1-1 draw on Saturday night in the Melbourne Derby.

In the 18th minute, Marco Rojas gave the Victory the perfect start. Converting a through ball, he found the back of the net much to the delight of the away fans. Curtis Good equalised for City off a corner kick, his header found the net in the 44th minute to take the teams level into half time.

City had a couple late chances to win it in the 90th minute but blew a few high and wide, and Victory’s defence scrambled it desperately away from close range in the 93rd minute, as they held out for a 1-1 draw. 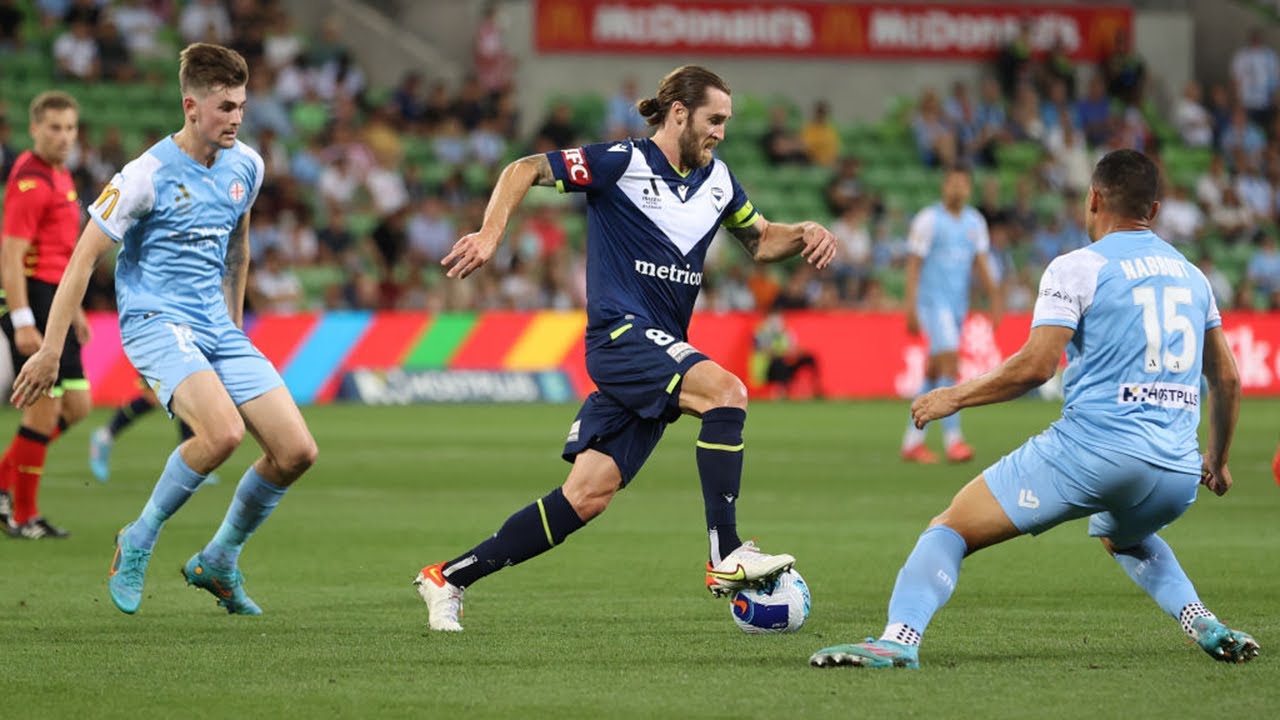 Juan Lescano scoring the 1st goal in the 40th minute off a bullet header. Giving Brisbane a 1-0 half time lead.

Lescano added a 2nd in the 58th minute from a tap in. Jay O’Shea sealed the result for Brisbane from the penalty spot in the 80th minute, and Luke Ivanovich simply iced the cake with a 4th, taking on the defenders and slotting it comfortably into the net.

Daniel Stines provided 1 highlight for the Glory, with a strong volley following an attempted clearence in the 92nd minute. Perths misery was complete when Mitch Oxborrow was sent off in the 94th minute for a terrible sliding challenge.

Brisbane cruised to a big Victory, as Perth now sit 4 points behind Brisbane on the bottom of the table. Brisbane face another tough challenge in Melbourne City on Wednesday night. Perth face a trip to Wellington on Saturday afternoon. 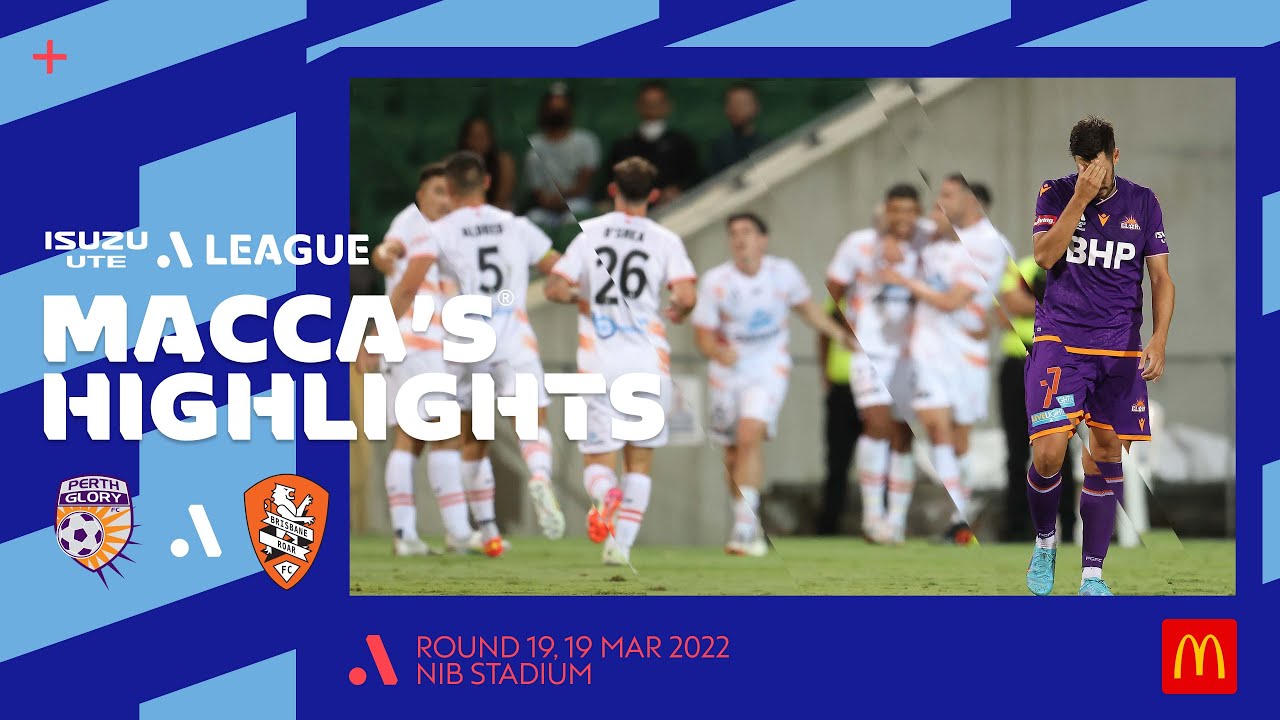 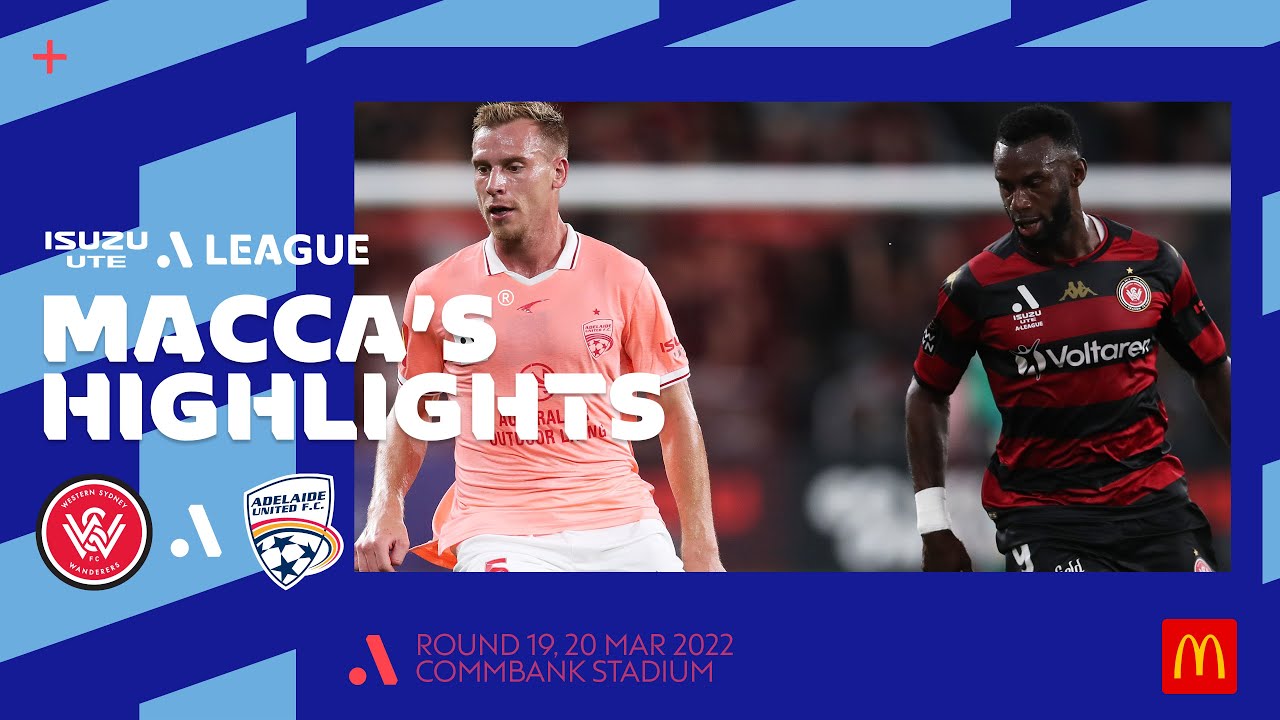