Finn Surman’s header went into his own net in the 17th minute, giving City the advantage. It would be a 1-0 advantage at the half.

Matthew Leki tapped the ball into the open net to double City’s advantage in the 50th minute. Andrew Nabbout made it 3-0 just before the hour mark, with a strong strike from just inside the box. Curtis Good blew the margin out to 4-0 with a header off a corner in the 67th minute. Marco Tillio added a double in the 76th minute and the 80th minute, which just crossed the line. 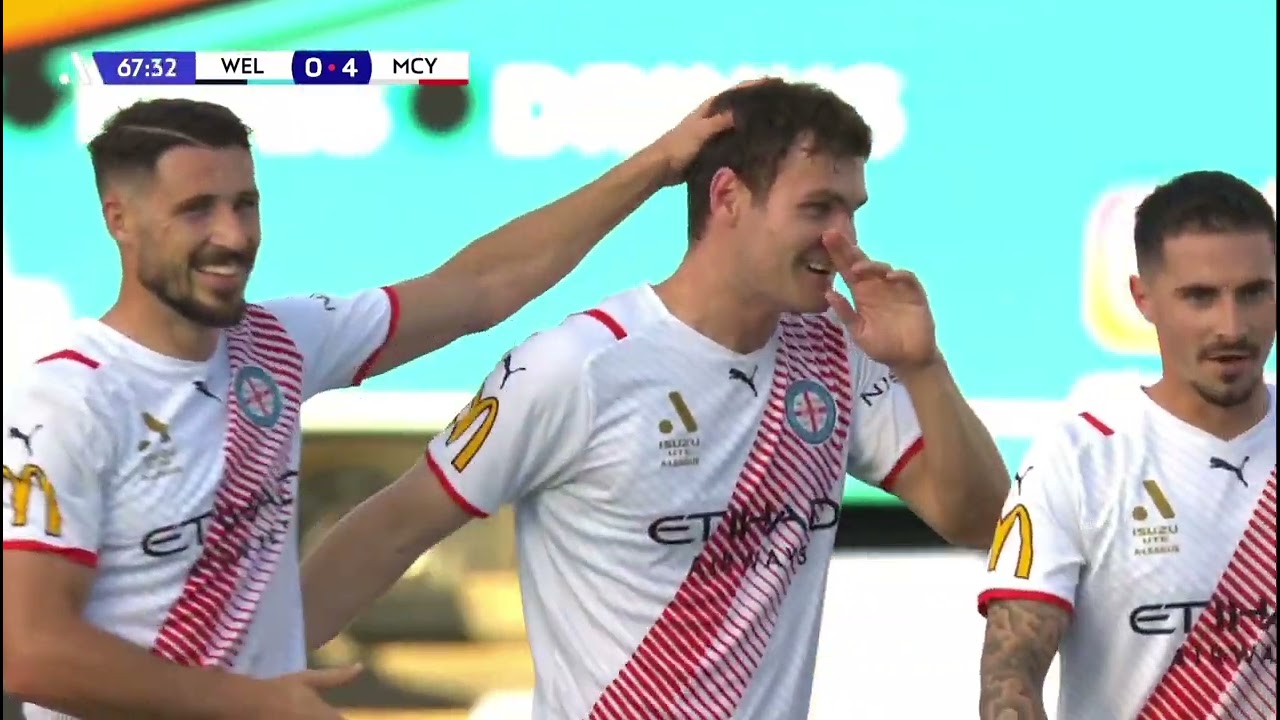 Western United and Central Coast Mariners (CCM) played out a 2-2 draw on Saturday.

Jason Cummings broke the deadlock off a corner in the 36th minute, giving CCM a 1-0 half time advantage.

Western United it levelled it up within 2 minutes of the restart. Off a free kick, it was an own goal headed in by Noah Smith. Aleksander Prijovic gave Western United the lead in the 62nd minute with a header at the back post. Cummings would add his 2nd moments later, equalising from long range in the 63rd to immediately answer United’s go ahead goal. Jamie Young denied Cummings 91st minute penalty in a massive save. 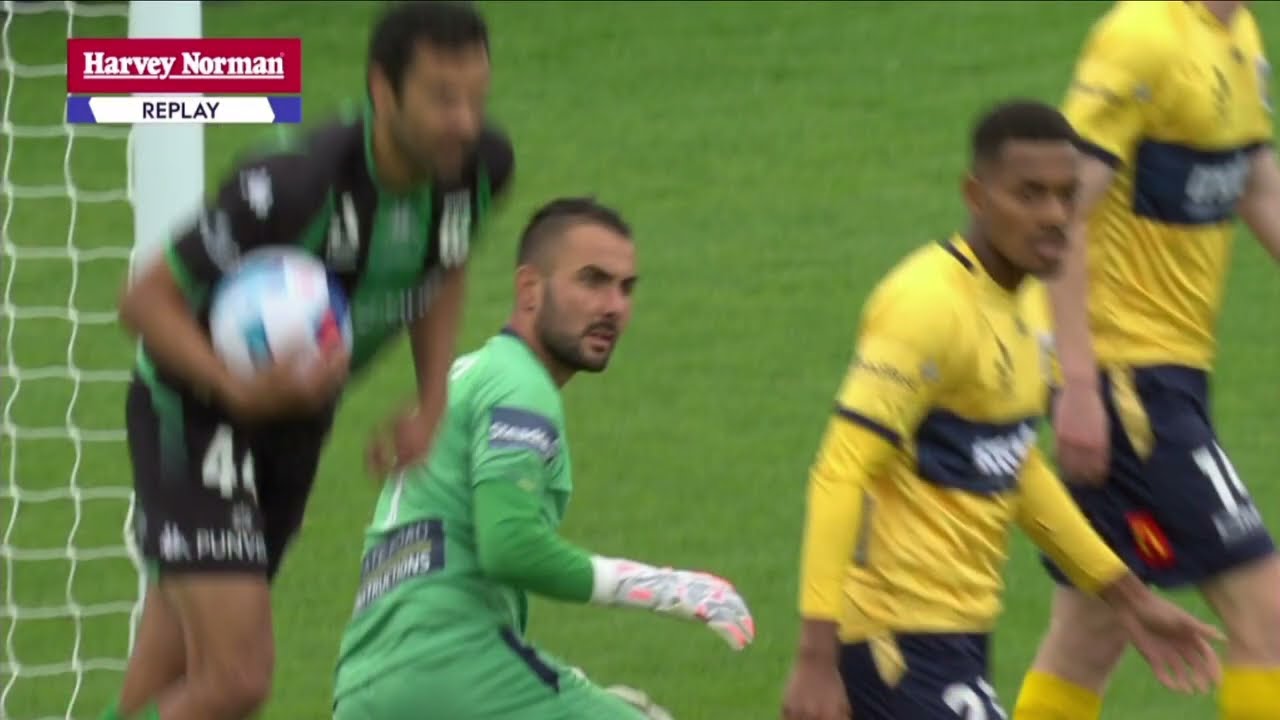 Marco Rojas’ 6th minute strike was all Melbourne Victory needed to secure a 1-0 win, as the away fans erupted in jubilation. Rojas was denied a 2nd in the 58th minute, as the VAR revealed an offside position.

But in the end, the Victory were good enough to hold out for a much needed 1-0 win, and move to 4th position at the end of round 21. They will face a tough derby against Melbourne City on Saturday night. Adelaide will look to rebound against Macarthur FC on Friday night. 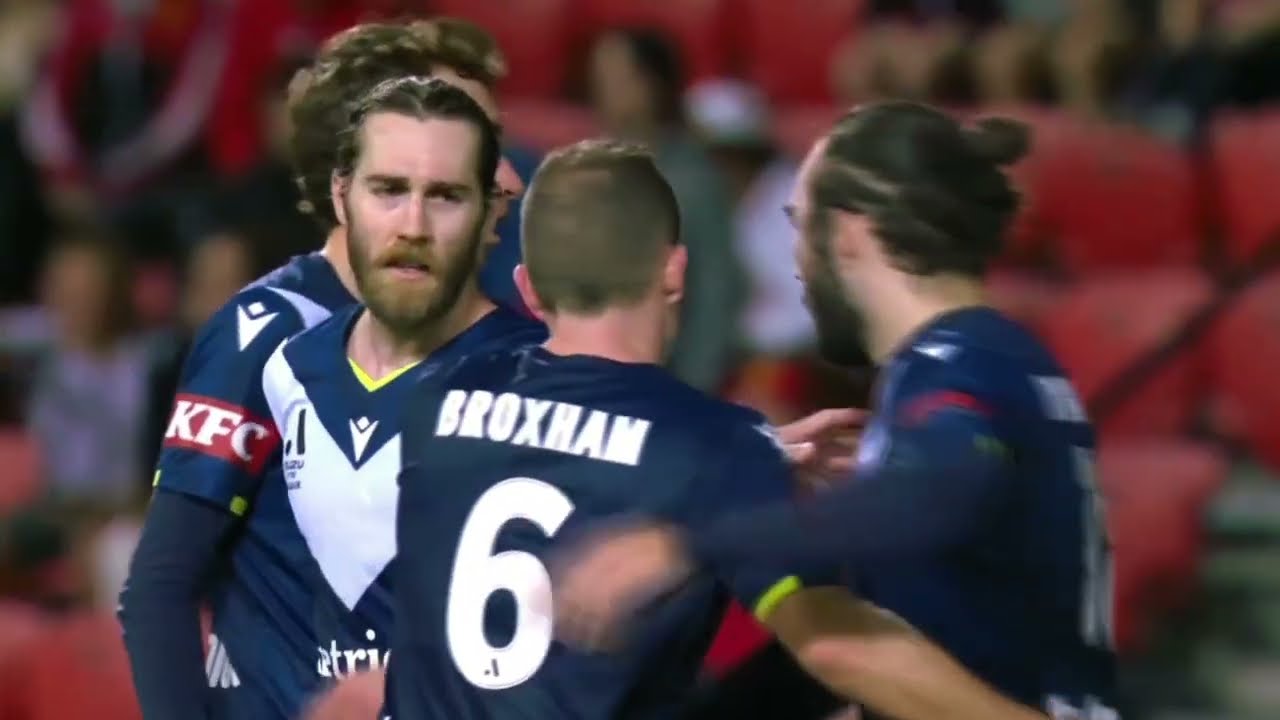 Adam Le Fondre opened the scoring as early as the 2nd minute for Sydney FC. Tomer Hemed equalised for WSW in the 16th minute off a corner. As the sides went into half time all square.

Trent Buhagiar turned the game on its head, giving Sydney FC the lead in the 65th minute, and doubling the lead in the 70th minute with a brace. Tate Russell gave WSW some hope with a clever header beyond Andrew Redmaine in the 74th minute. Rhyan Grant was sent off with a 2nd yellow in the 89th minute, as Sydney held out in the end 3-2.

Sydney FC will look to continue this form when they play Melbourne City on Wednesday night. WSW will look to rebound when they host Brisbane Roar on Saturday. 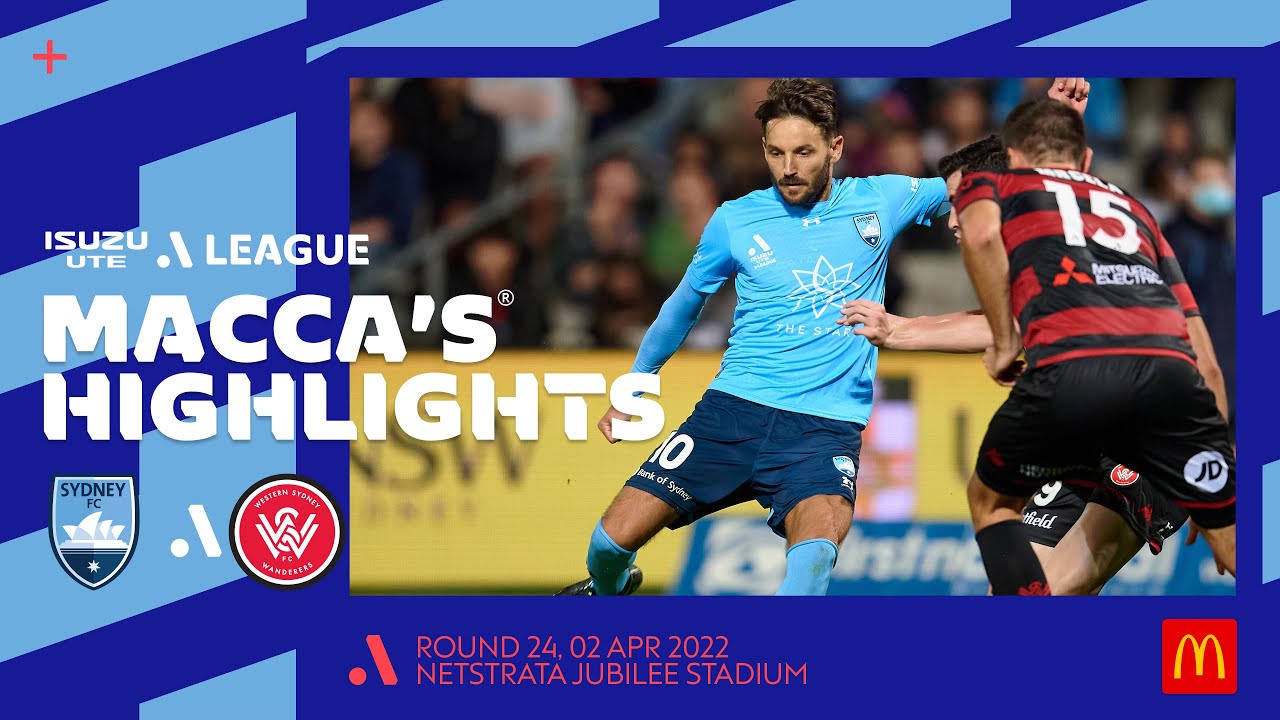 Perth Glory scored the opener 45 seconds in, off a thunderous free kick from Giordano Colli. Then doubled their advantage through Trent Ostler’s thunderous strike in the 18th minute. Ulises Davila pulled one back for Macarthur off a penalty for a handball in the 38th minute. As the sides were tied 1-1 at the half.

Macathur were again awarded a penalty in the 53rd minute for another handball. Craig Noone stepped up and levelled up the game. Charles M’Mombwa was sent off with a 2nd yellow for impeding illegally on a direct free kick in the 66th minute. Al Hassan Toure gave Macathur the lead with a strong strike in the 82nd minute. Moudi Najjar completed Macathurs comeback and wrapped up the game at 4-2 in the 95th minute.

Macathur will look to continue winning form when they face Adelaide away on Friday night. Perth Glory face Newcastle away on Sunday. 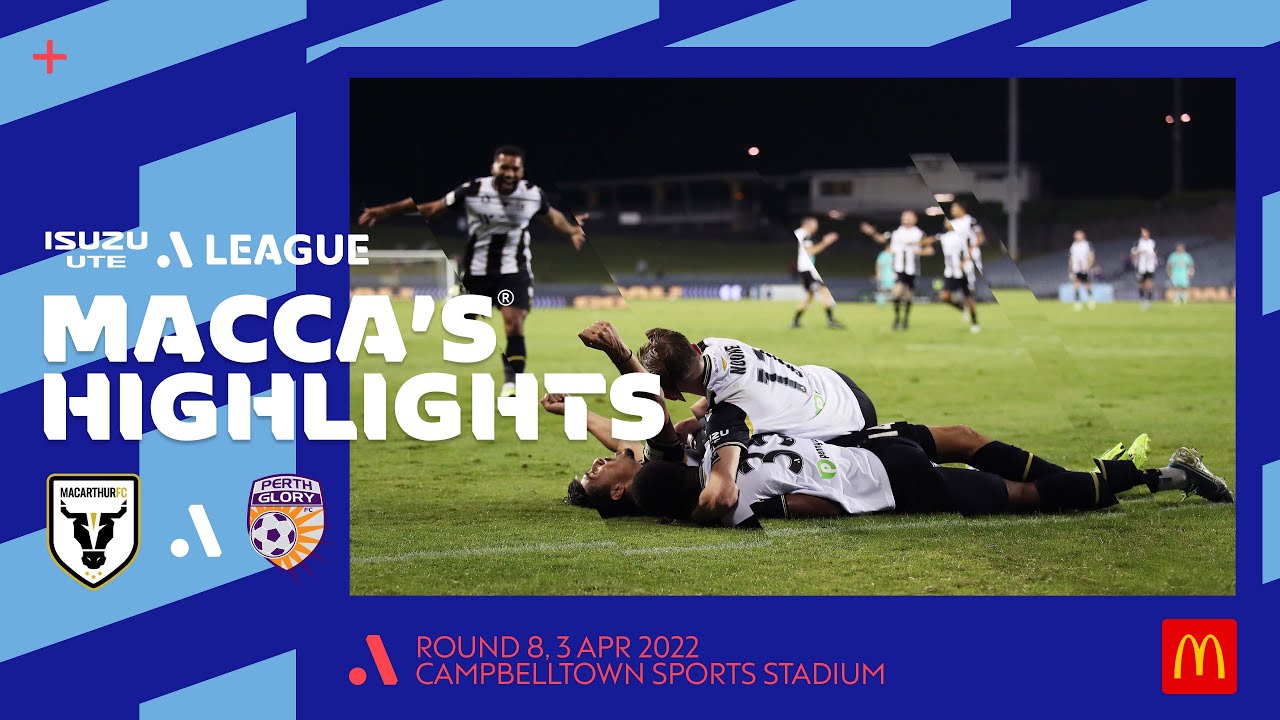 Brisbane Roar took care of the Newcastle Jets 2-0 on Sunday.

After a goalless 1st half, Lucas Mauragis was sent off for a 2nd yellow in the 80th minute. Brisbane took full advantage, Henry Hore breaking the deadlock in the 82nd minute. Luke Ivanovich iced the game for Brisbane with a 92nd minute strike.

Brisbane will look to continue this form when they travel to face WSW on Saturday. Newcastle will look to rebound against Perth Glory on Sunday. 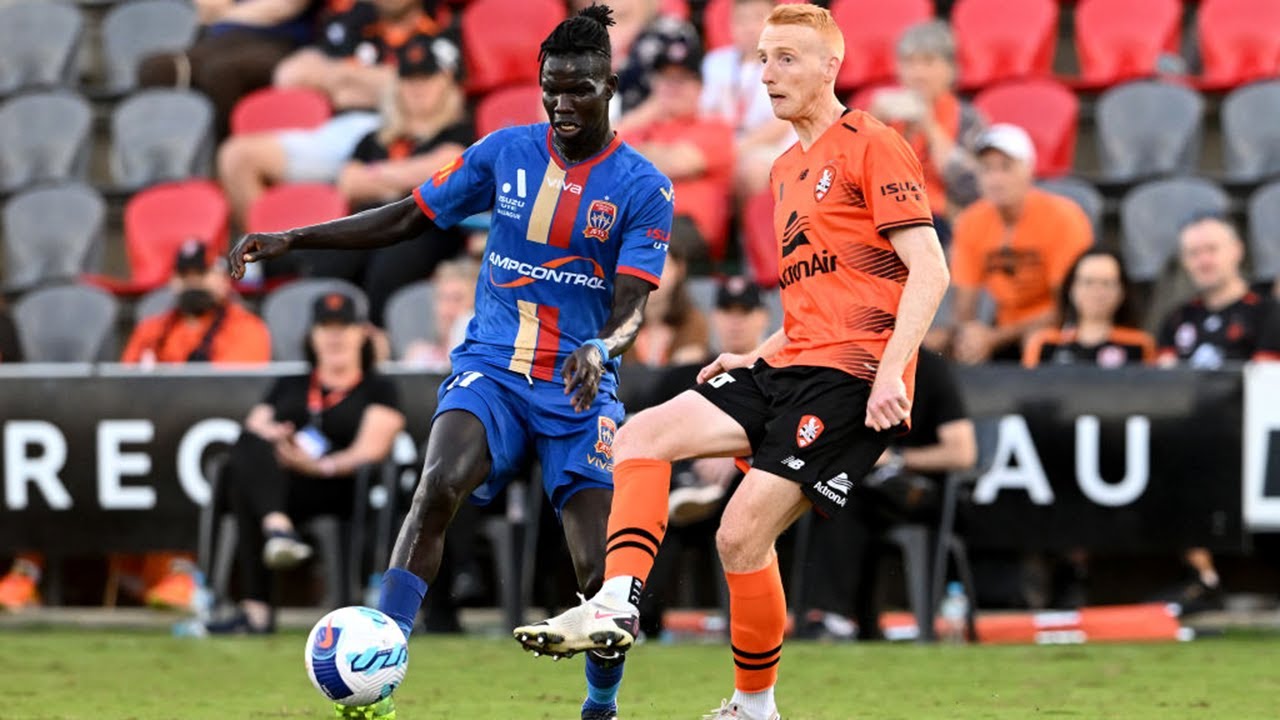